Blame It On Costa Rica

On the day I leave for Madagascar, two things are on my mind. Firstly, will we ever make it with the situation as it is in France, as we fly to Tana, Madagascar via Paris where it now appears the situation, especially fuel, is becoming critical. Anyway, that's in the lap of the gods, or the French and unless I hear otherwise it's the 09-00 National Express to Heathrow.

Secondly, with the prospect of so much unique wildlife, and by definition photographs, I think back to when this digital business caught my imagination. Billy Burke and I were backpacking from Mexico City to Panama City, meeting up with Jim the Medic in Chetumul, Yucatan. Both were taking photos on the way, but after Jim had departed in Costa Rica Billy and I continued to the Monte Verdi rain forests. There we found a young bird guide who, after getting a severe telling off for being alcohol induced late, showed us the techniques of digi-scoping (taking photographs through a telescope). Below are some of the images we captured, and wap that was me hooked. 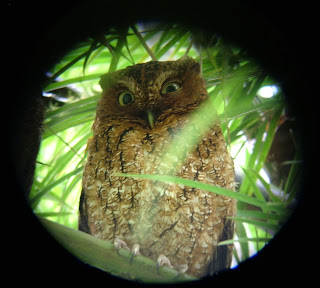 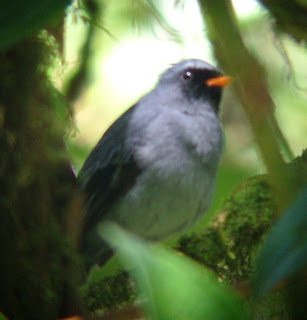 Black-faced Solitaire (nicknamed the 'garden gate bird' in Costa Rica as it has a call like a wrought iron gate swinging in the wind). 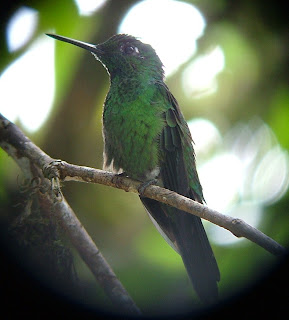 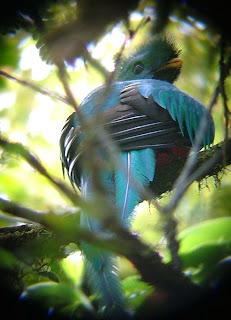 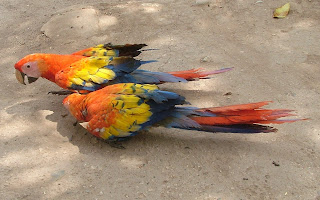 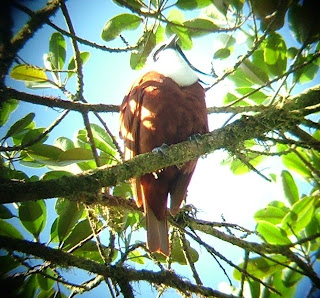 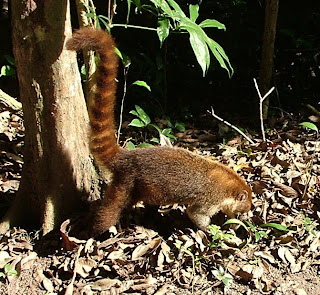 and finally, country number 102 join our ranks in the guise of Cameroon. My friend John Down has a daughter who is working in research out there and has joined our readership. Thank you for that Amy and hope both your trip is progressing well and that you might pass on the link to those you know in that and any other country.
Posted by Bagsy at 06:42