Another long drive today, but not without the little pockets of interest along the way and some stunning scenery. From Ranomafana we continued south through the Madagascan Southern Highlands, stopping for a while at Fianarantsoa, the second largest city and former capital, while later there was a chance to see the manufacture of paper embossed with wild flowers. Further on we stopped at the recently opened reserve of Anja, saved almost single handily by a local man who persuaded the community that the local Ring-tailed Lemur Troops were a valuable asset and a life of tourism began. The reserve is set among beautiful scenery and a backdrop of gigantic mountains known as 'Inselbergs'. Soon after this, and passing the town of Ambalavao, the vista became even more imposing as we reached the vast grassy plains of the Savannah, flanked by huge granite towers two of which are referred to as the Door to the South. Add to that an endless supply of Red Termite mounds and the billowing clouds of smoke from hundreds of acres of grass burning, I thought we'd arrived at Radipole.

We arrived at Hotel le Jardin du Roy, isolated except for a sister hotel some distance away in the area named Isalo, with the heady smell of Jacaranda in the air it was immediately apparent this was a well appointed establishment.

As may be imagined the photo file is filling rapidly, and with the absence of Internet in some place and a 'snail pace' where it is available not all pictures are going to be published. I will endeavour to add as many as I can but this may turn posts into 'pictorials' which I feel sure most readers will not object to. With the addition of just 4 new species to the Trip List, 3 being World Lifers African Marsh Owl, Rand's Warbler & Benson's Rock Thrush all *E p[us African Black Swift* the list now stand like
this:-

and Madagascar Scops Owl was heard.

and the bad news is, once again it looks like 2 nights without Internet as we head even further south, to the coast in fact, but please keep checking there are still a few 'goodies' to come! Thank You. 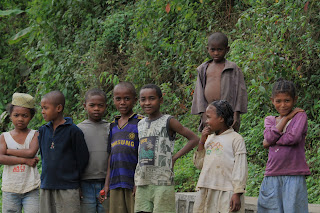 The Audience. A little magic never hurt anyone, especially a child, so why fellow travellers handed out pens, writing pads, crayons etc, I indulged the youngsters in a trick or two. Intrigued is not the word and their smiling faces were a picture. It is fantastic to be in their country, long may it and the 'wildlife last'! 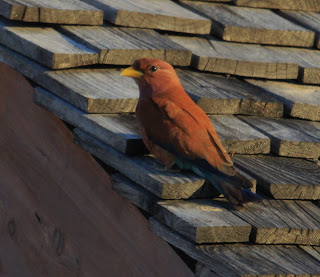 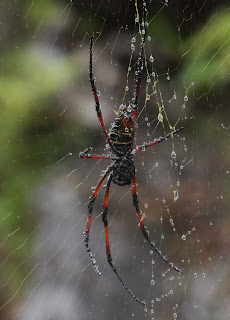 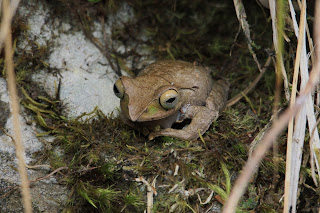 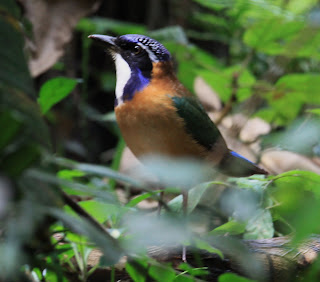 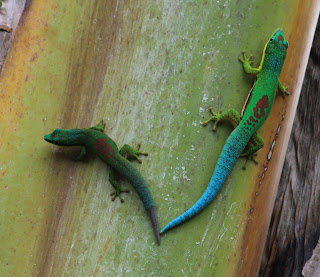 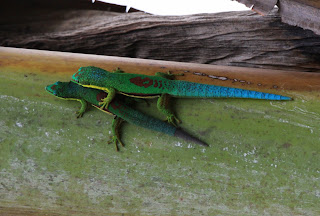 That's it 'Big Boy' get over here! 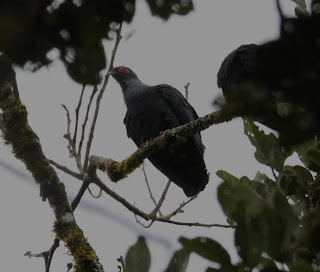 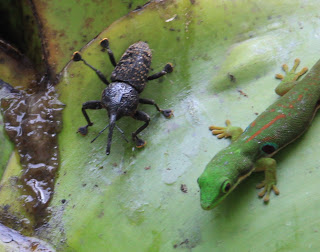 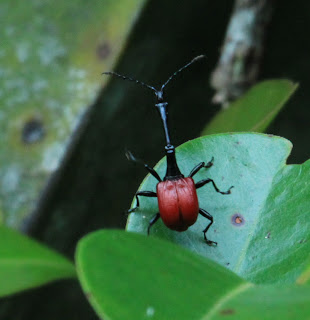 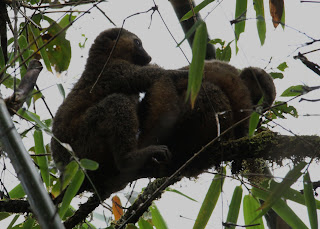 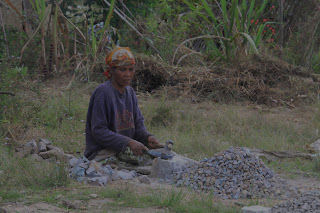 If you arrive at work next Monday feeling bored, fed up with the boss and wished you worked elsewhere, please spare a thought for this lady. She sits there day after day making 'gravel' by hand, yes 'gravel'. 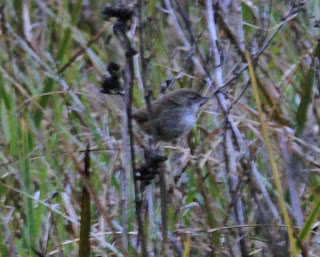 Brush Warbler an abundant but often difficult to see bird, akin to our own Cetti's Warbler. 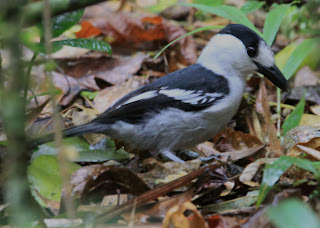 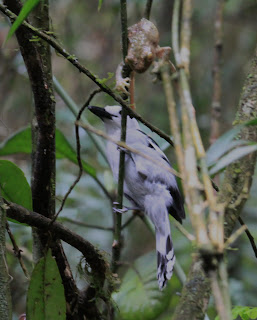 then hung it, as a Shrike might in the branches of a bush, then proceeded to eat it. 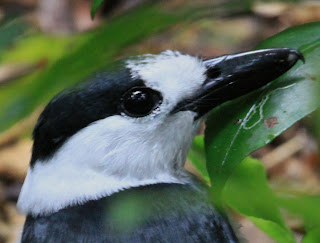 even did a 'belly roll' so we could view the underparts.

What a fantastic creature at no more than 3/4 of an inch. 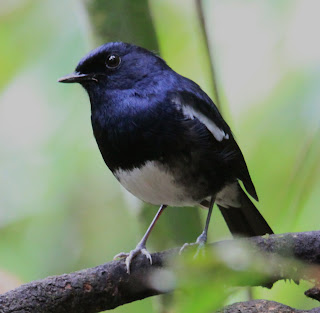 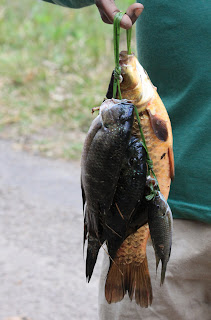 The dark fish are Tilapia which most of us have eaten and very much enjoyed. 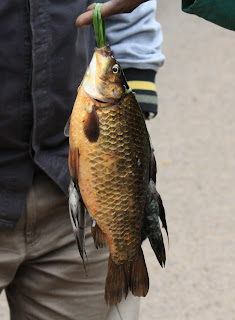 Malagasy, another river fish that we have not tasted. 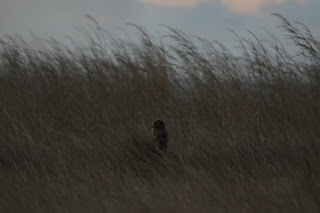 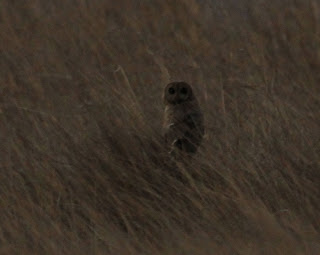 In rapidly fading light, this big beauty flew across the road in front of the bus and settled fairly close by. 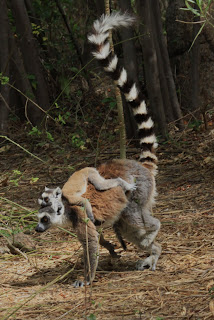 Ring-tailed Lemur of the 'darker' subspecies, 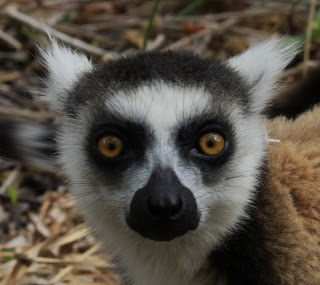 this very confiding 'troop' were shown to us in the relict forest at Anja. 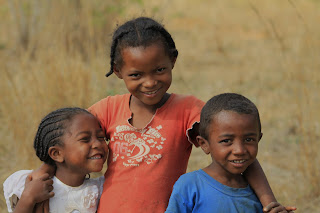 All of the people we meet are so friendly, 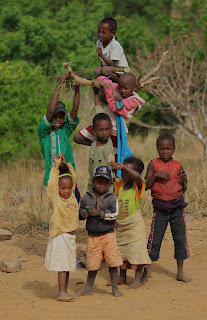 but the children go berserk with waving when they see 'white' faces. It is also refreshing to find little begging as such.
Posted by Bagsy at 17:23