Knowing full well he won't read this, mainly because he doesn't like me, it would be safe to refer to one of the best human beings I know, James Tunnicliffe aka Jim the Medic. I first met him on the Buchan Alpha Floating Production Oil Rig in the North Sea as he burst into my office and announced "I'm Surgeon Commander Pickle Royal Navy Retired, you can call me 'Branston'! That was simply enough for me and it has been my pleasure to continue our friendship since my retirement. Since meeting in year 2000 Jimmy Jimmy and I have embarked on many an adventure with the next starting this very day, hence the early post. As a lead up to what should be 2 great days in Cork, Republic of Ireland here are some shots of a few of the things we have gotten up to in the past. 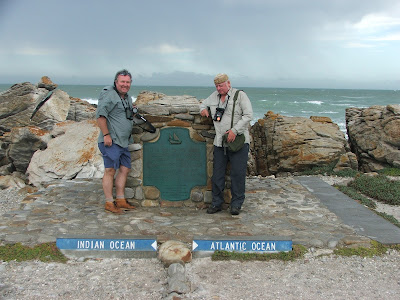 In 2006 we embarked on a journey through the vast expanses of SOUTH AFRICA and apart from standing at the confluence of the Indian and Atlantic Oceans we ate some fine food, drank excellent wine and met Peter Edw\ard (Ginger) Baker, one of our all time heroes, drummer with CREAM, BLIND FAITH, GRAHAM BOND ORGANISATION et al. 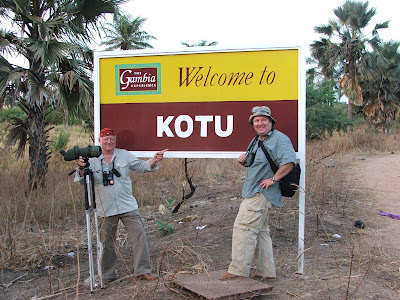 2007and THE GAMBIA was not only a great adventure but and eye opener. 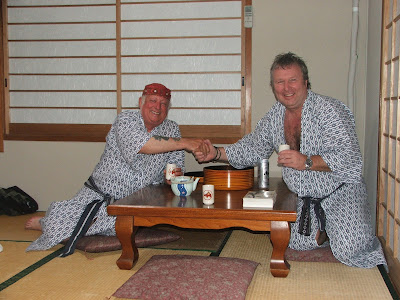 also during 2007we embarked on an adventure that was to cover the full length of Japan, but faltered at the first hurdle. Having met at Fukuoka we headed for the Southern Islands part of which was Okinawa. On Yakashima Island we went completely 'native' (including Saki) but Jim's sleeping habits were p*ss*ng me off to say the least. One too many 'slack hammocks' (getting up late) was enough, so I simply announced my departure, picked up my back-pack and left him there standing in his underpants (not a pretty sight). I finally made it to Waikanei the most northerly town in that country but on our return to the rig he didn't even mention it. 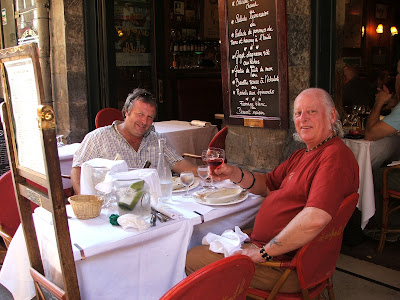 Leon, France in 2006 was the Skinny Kids birthday present for my 60th, not only that he also had 2 tickets to see my greatest living hero Robert Plant in the towns Roman Amphitheatre the Theatres Antiques - what a man! 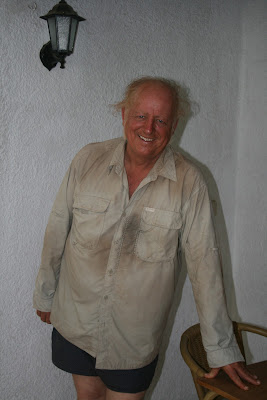 A right 'brace' of hobos having just climbed the 'active' Vulcan Pacaya, Guatemala in 2004 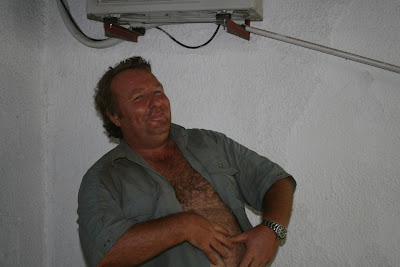 a shower and more than enough beer was called for on that occasion. 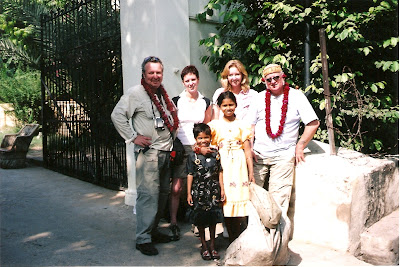 Delhi, India the springboard for The Golden Temple Amritsar, Corbet National Park, Himalayan Foothills etc and much else but first we needed to take care of the locals. We had met up with a couple of English girls and during our walk through the city encountered a couple of ragamuffin sisters. Collecting any items of plastic, their cloths were literally falling off their back, so we agreed to do something about it. Directing them to the nearest market we allowed them to choose dresses and shoes, the ladies assisting them to get changed, and then sent them off home (wherever that was) looking like Indian Princesses - now that makes you feel good! 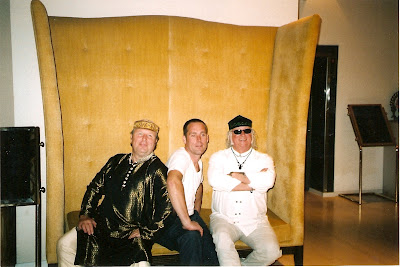 That evening it was back to big chairs and big drinks - hic! 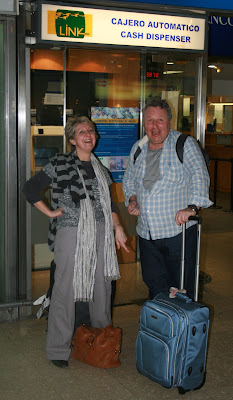 Then there was Buenos Aires 2010 when coming to the end of a 100 day solo visit to South America, coincidentally he and partner Liz were bound to one of the most exciting cities on earth. 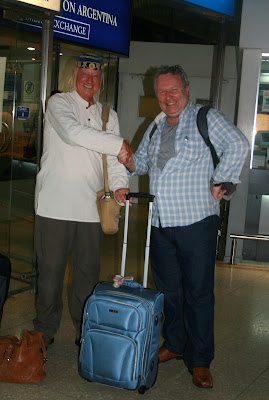 Up until then I had been lodging in little more than $10 per night shacks, including food, and enjoying every minute. Now it was to be 3 nights at $150 each plus fine wine, tangoing, delicious beef and all else Argentina has to offer - VIVA! 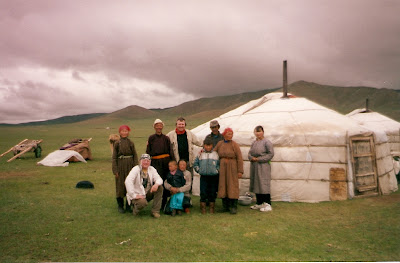 There is so much more, but unarguably the most exciting of them all was Mongolia 2001. Starting with 4.000Km across the Mountain Steppe, meeting and living with nomadic tribesmen and living on 'self caught' fish and beer, we reached Lake Kovsgol and beyond. 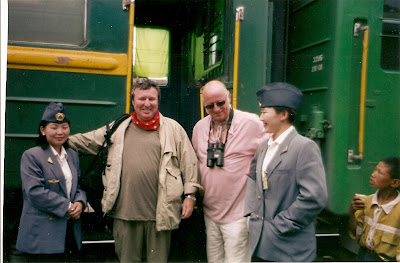 Returning to the capital Ulaan Baatar needing a little rest we caught the train to Saynshand in the heart of the Gobi Desert, much more Vodka, more miles and none of the planned rest, it was a blessing to get back to the rig.

Here's hoping we live to tell the tale!
Posted by Bagsy at 10:26