A good deal cooler but no less sunny, it was a toss-up whether to nominate today's findings Go West Young Man or Blinded By The Light. 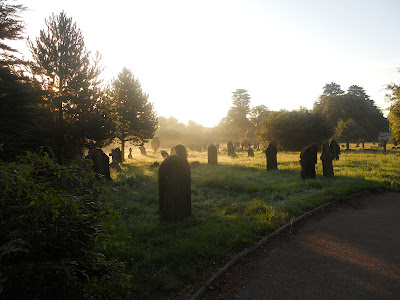 In the mist shrouded cemetery migrant Goldcrests seem to have turned up 'mob handed', 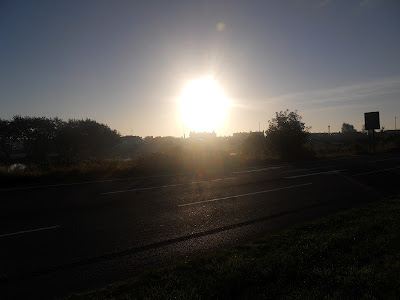 while all else was - Blinded By the Light! 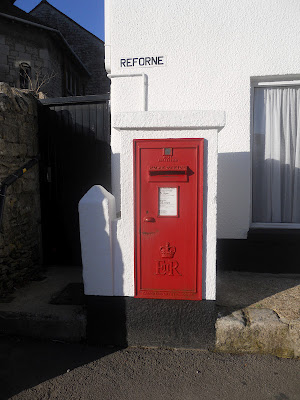 Among a great deal of early morning bus kerfuffle, I finally managed to get myself to Portland, in the hope of witnessing the 'Golden Tribute' to Helena Lucas, our very own Paralympic Sailor, by way of the Reforne Post Box being dubbed the colour of her medal. That may have to wait for another day?? 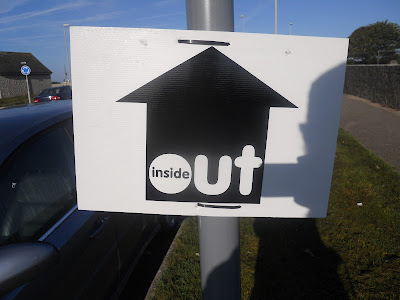 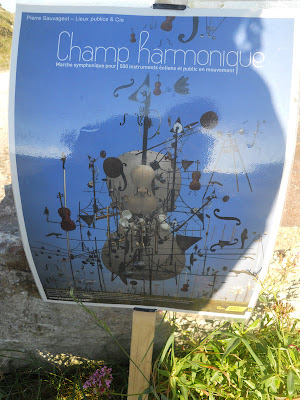 but Portland was in a complete Doldrum, not even the slightest puff of wind, and so the musical extravaganza remained, for the time being, mute! 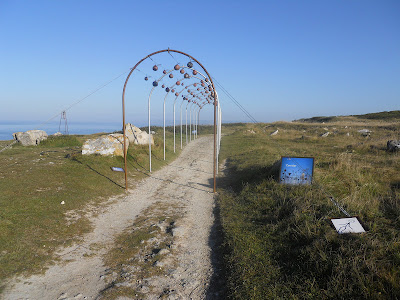 All 'instruments' were erected and ready to perform 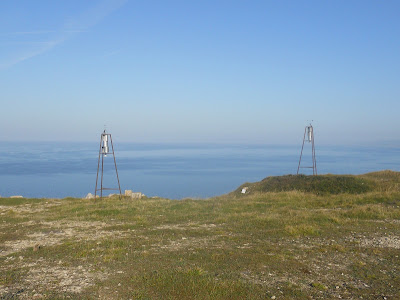 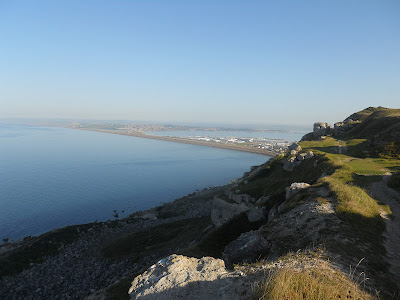 Despite all of that, the West Cliff of Portland remains a 'highlight' part of the Jurassic Coastal Walk, and I for one was not going to let lack of breeze spoil that. 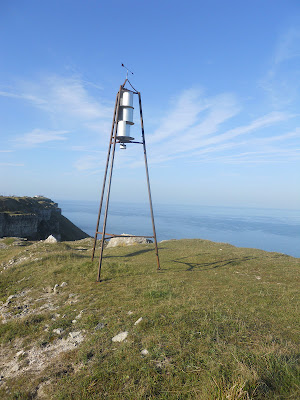 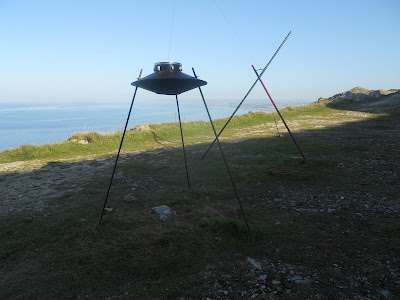 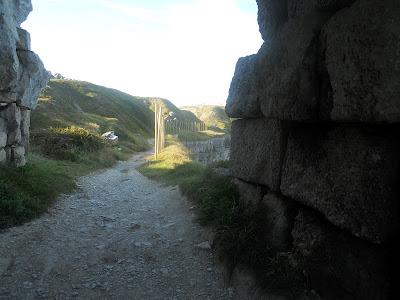 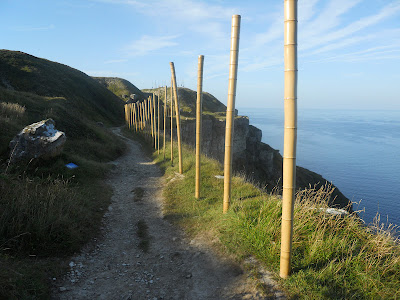 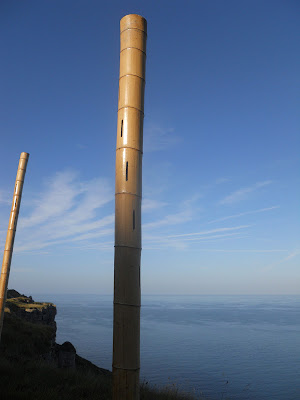 Some of the instruments, ready to play when Mother Nature decided she was going to play the game. 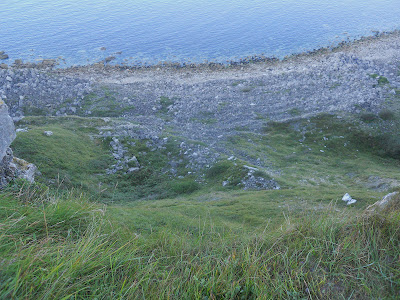 In the mean time some of the fantastic views that this stretch of the coastline affords, for free, to the visitor. 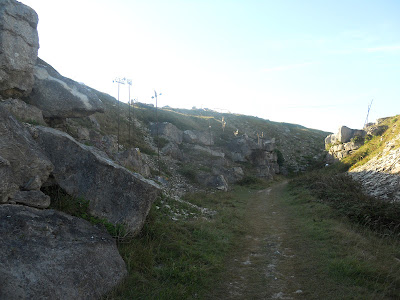 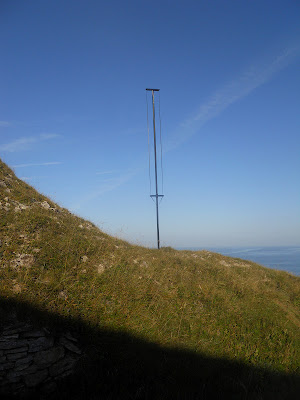 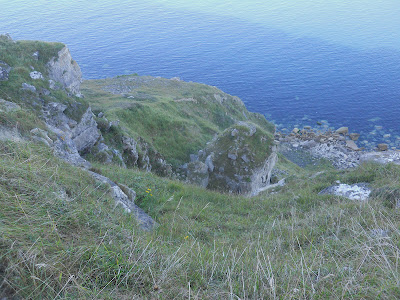 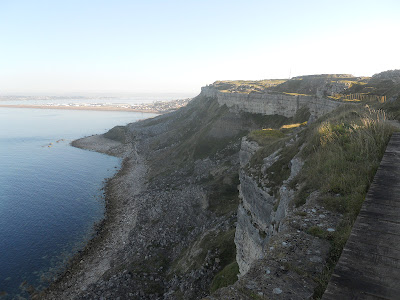 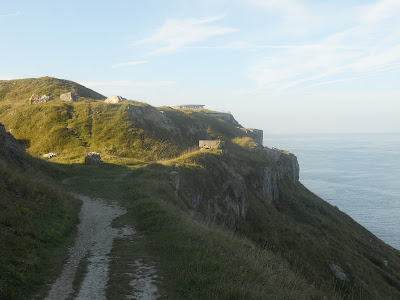 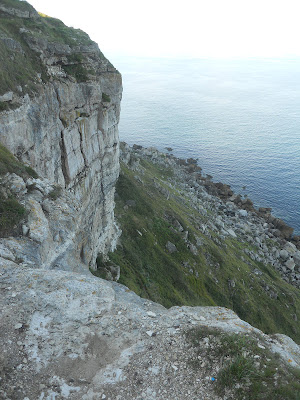 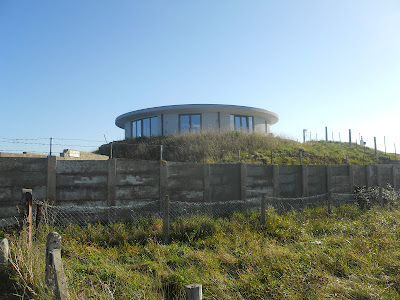 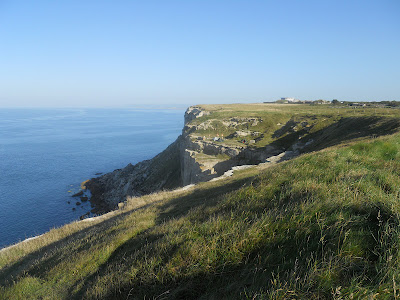 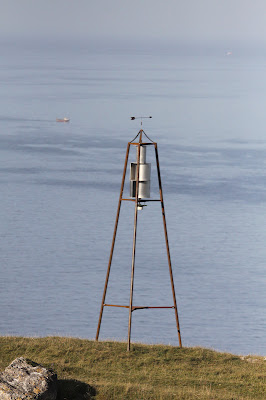 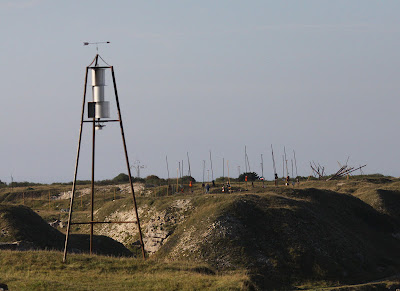 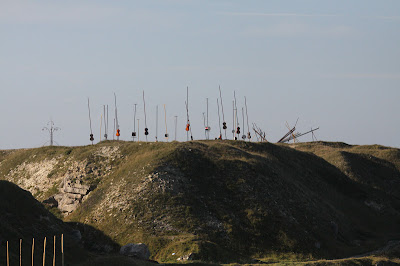 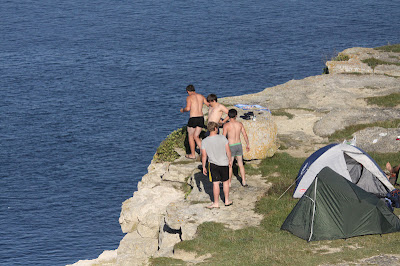 Now, here's a different thing altogether! Campers on the lip of the cliff 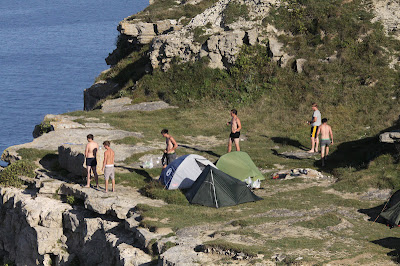 ,
seemingly contemplating a bout of 'Tomb Stoning'? Anyone thinking of jumping from this 'high point' 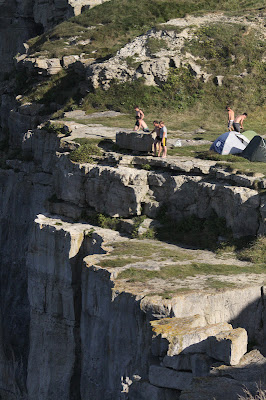 has to have a death wish, luckily these youngsters seemed to think 'terra firma' was the best bet. For me things were becoming far too heated weather-wise so I returned home to the shade of a serious wine bottle - Cheers!
Posted by Bagsy at 16:45