What I do in the line of duty is quite unbelievable, couped up in a well stocked, warm, alfresco beer bar with loads of lovely people was the only way the Blog would have been posted today so I had to bite the bullet - Hic! We anchored under the cover of darkness in Little Bay , Montserrat 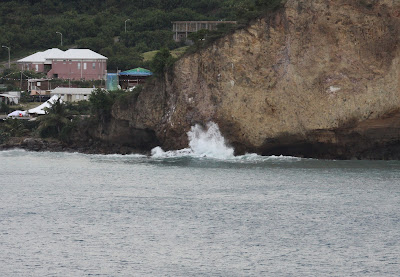 but as dawn broke it soon became apparent that it was unsafe to run ships boats to shore. 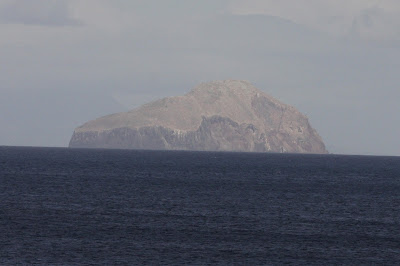 The Captain made communication with a number of other islands close at hand and soon found that Nevis could allow anchorage in her waters, so off we went on the 2 hour steam. 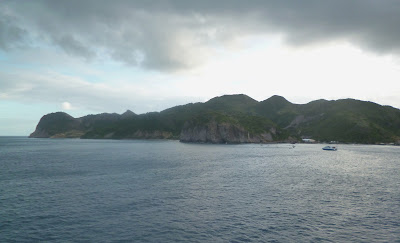 Despite the perennial 'grumblers' and the "I don't know why he can't get in there" brigade the Master then took us on the scenic route hugging the coast as close as allowed given the volcanic situation here. 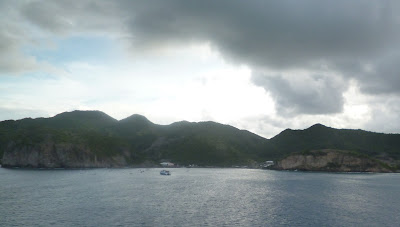 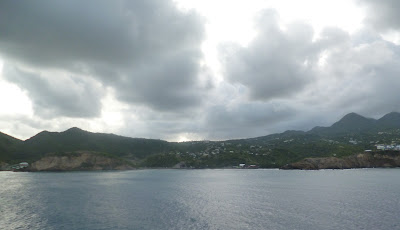 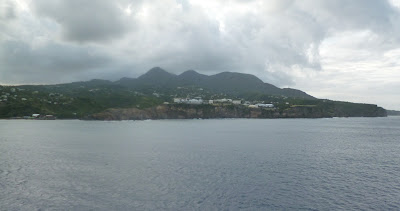 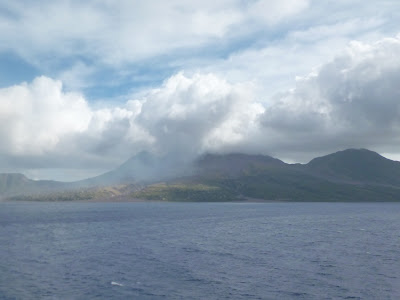 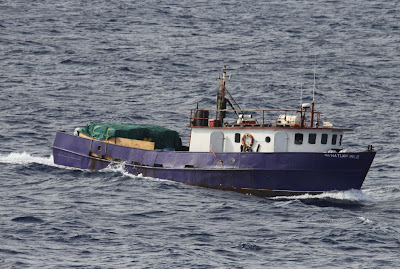 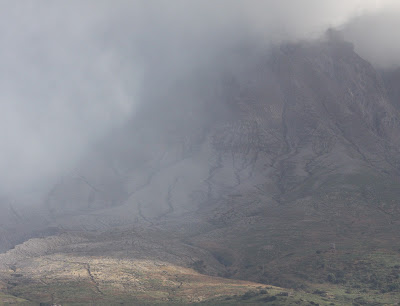 Not the best of weather conditions, with frequent outbreaks of heavy rain along with patches of mist 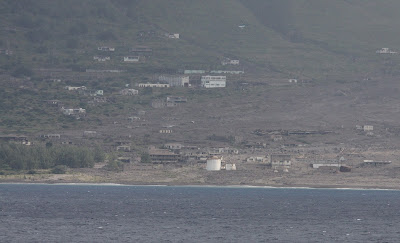 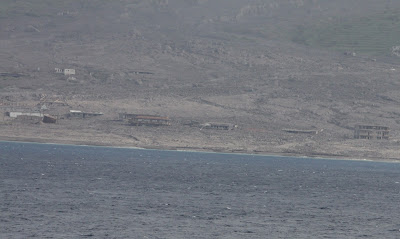 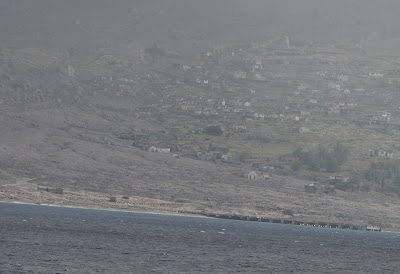 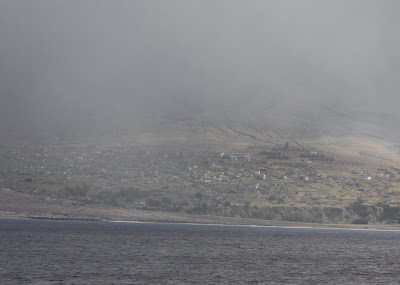 along with most of the airport. 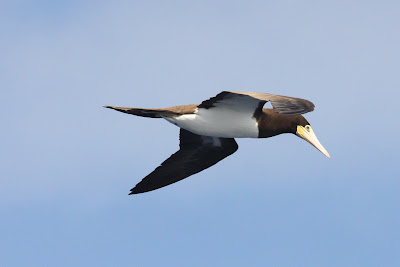 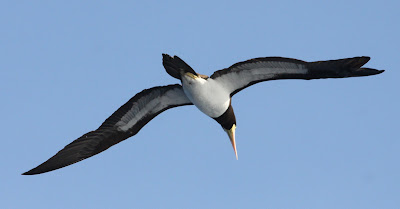 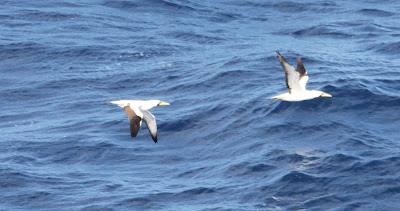 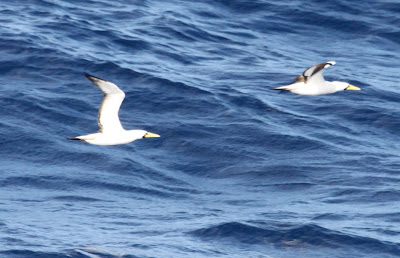 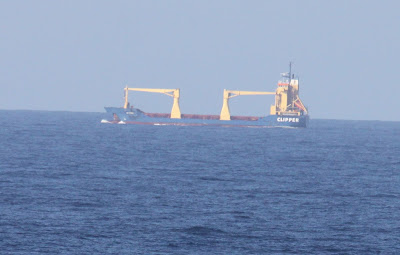 just a single ship the CLIPPER 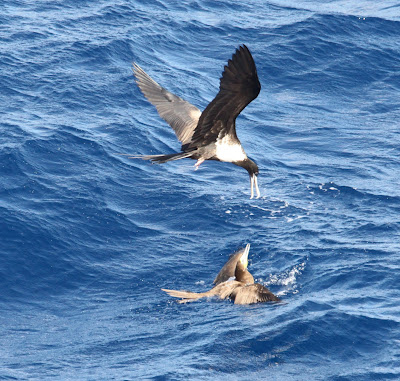 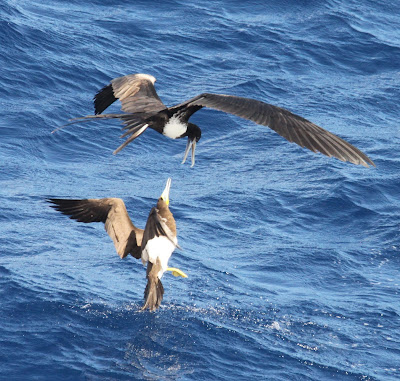 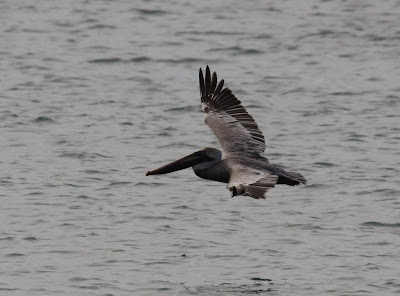 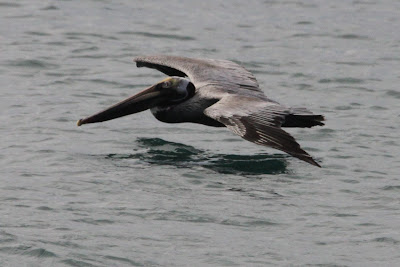 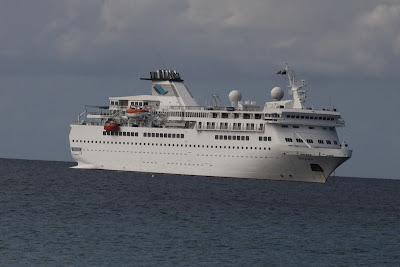 but what went unseen were the preparations to get 380 passengers ashore, which can only be described as
BEYOND the CALL of DUTY
From my own sea-going experiences, the logistics of all of this would have been of gargantuan proportions, and the only way that all of this was brought to fruition was by 'every single crew member putting in maximum performance. Just to press one point as a for instance, all of a sudden there were all these passengers trying to get lunch before leaving the ship and the Catering Crew pulled it off!!!! 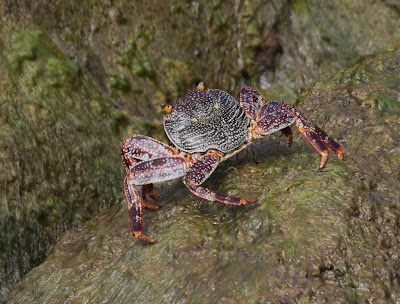 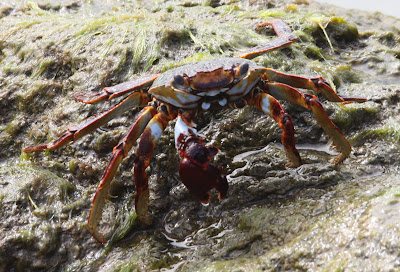 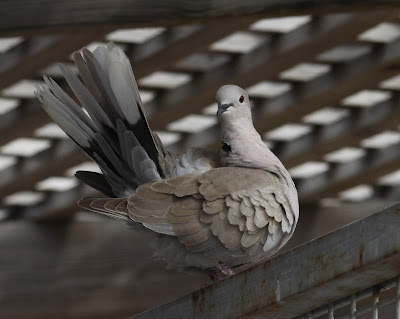 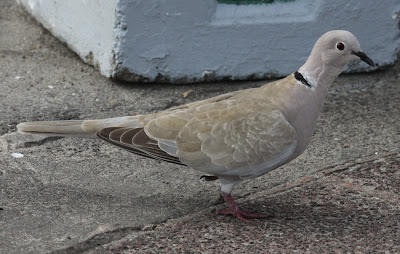 EURASIAN COLLARED DOVE was a bit of a surprise, 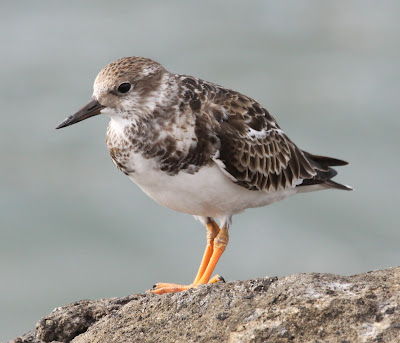 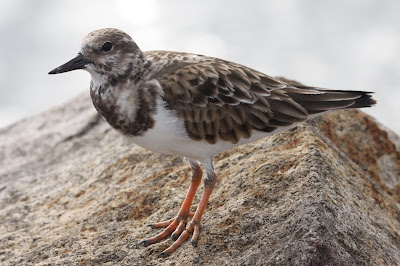 but less so were the TURNSTONEs.
Then it was me to the 'Beer Bar' to catch up on some photo uploading to hopefully keep you all happy. 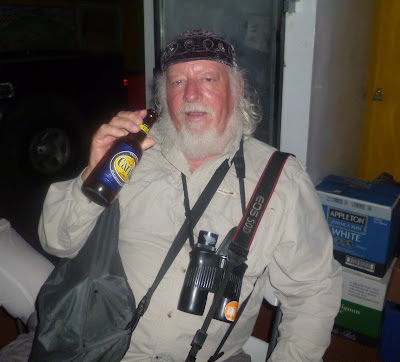 I must say I was fairly happy myself by the time the work was done - another HIC!
Posted by Bagsy at 18:31