Can You See Me? - Jimi Hendrix

The most telling feature of the last two days weather has been the chill factor keeping temperatures in single figures. The wind, average speed 20 knots, first 'backed' into the North West, then continued to show a little East in it - Breeeeeer! On Wednesday there were a number of  appointments needing attention in Weymouth, so to combine that will a little 'birding' on the way an early start was needed. For the second time in the past few days I took the ferry from Sandbanks to Shell Bay then park strategically to observe the vehicle ramp on Furzey Island where there might have been a chance of seeing Golden Pheasant. Unfortunately, as time had past by the island has become more popular with human presence spoiling these chances. British Petroleum now have an Oil Drilling Derrick there, the ramp is floodlight day and night and it seem that the Check Point too is manned for much of this time. I set myself a time limit which was governed by the first sign of human activity, which took exactly 10 minutes - dismantle tripod, secure telescope, get the hell out of there. In passing there was a quick and very distant view of the Surf Scoter, but the next target was the Woodcock roost at Soldier's Road close to Arne. I don't even know if this is still an active site, but a 'gut feeling' saw me take a diversion down to Middlebere. Before reaching the hide a single Redwing was seen followed by a dozen or so Fieldfare, a good start, and from the hide there were loads of 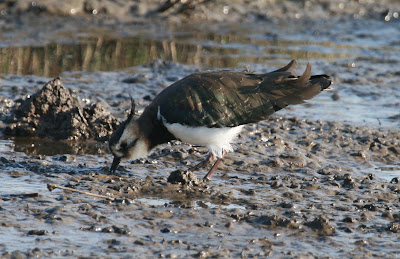 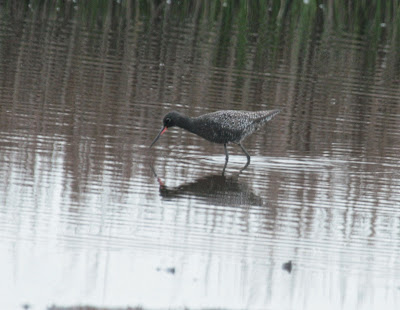 plus singles of
SPOTTED REDSHANK 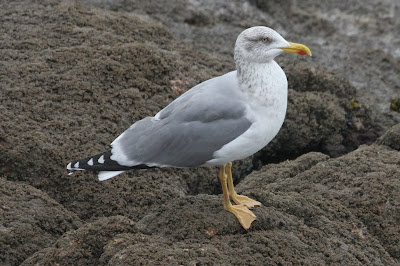 and YELLOW-LEGGED GULL
it was hoped that the 'hundreds' of Avocets that now overwinter
here would be seen but that was not to be for today at least! 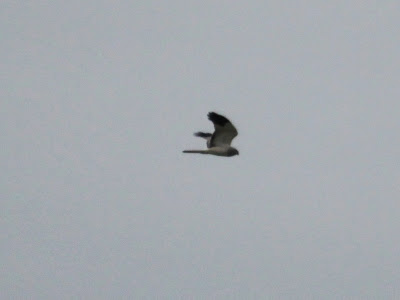 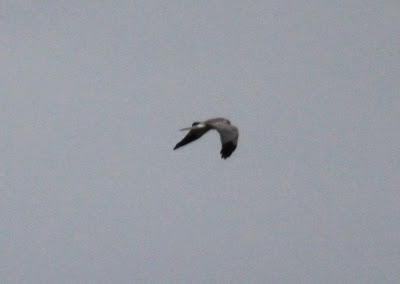 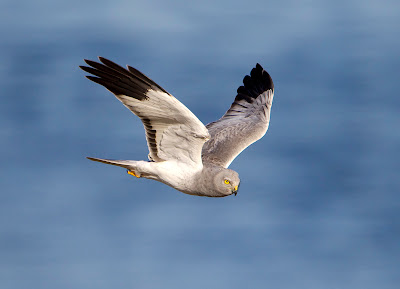 (photo from Wiki for illustration) 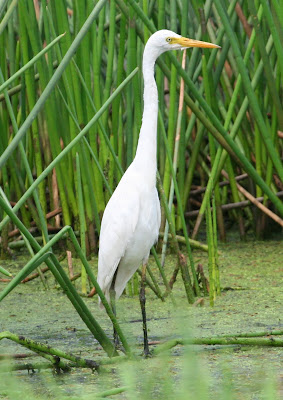 and the other a 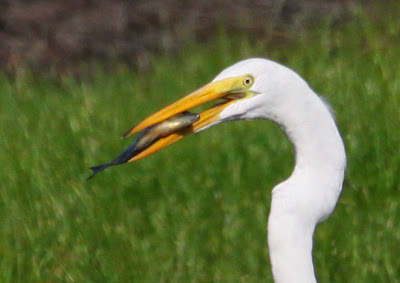 GREAT WHITE EGRET
both sightings were short lived and photos come from the archive.
On to Portland Bill, where the weather turned decidedly inclement.
The plan had been for a longish walk but now the rain was falling
like stair-rods so down to the Bill Car Park and out with the 'scope. 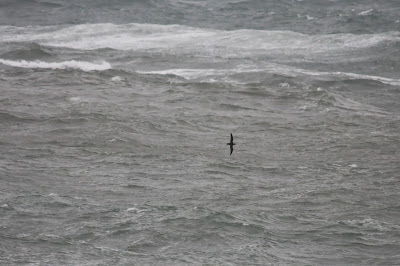 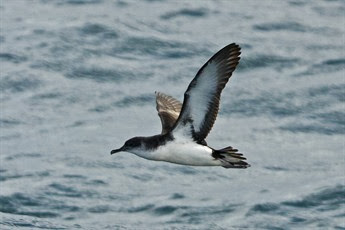 MANX SHEARWATER
Next was a drive to Sandsfoot Castle on the northern shore of
Portland Harbour where there was a little more to see including
c15 Great Crested Grebe, several dozen Red-breasted Merganser 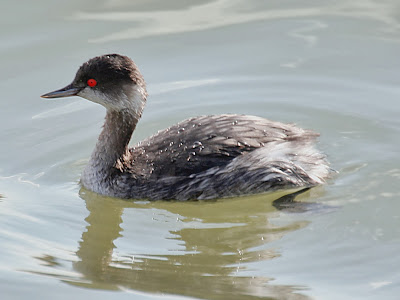 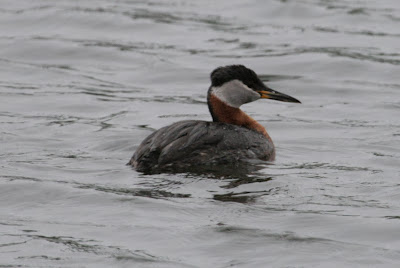 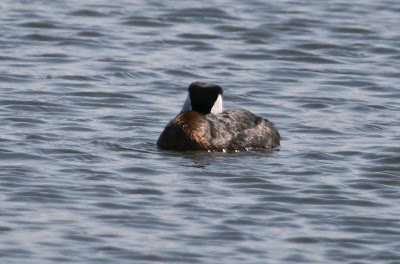 RED-NECKED GREBE
the latter two both being additions to the Year List.
Can You See Me? - Link? 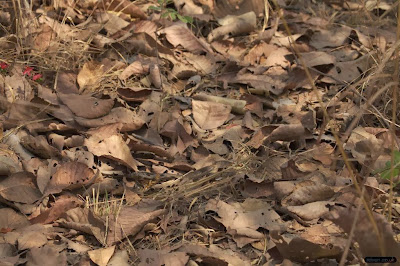 and finally, an excellent but frustrating image from one of our dedicated readers.
The simple question that comes with it is
"can you see the bird yet"?