We are in the South of France and for convenience, on our side, will be Posting one day in arrears. In the mean time just a few residual photos from my lightning visit to Weymouth where while waiting for an appointment I popped along Westham Bridge where 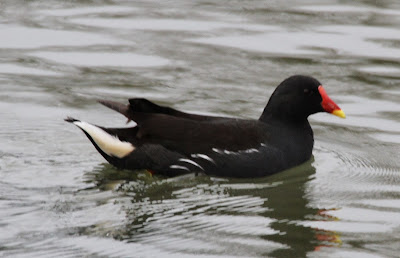 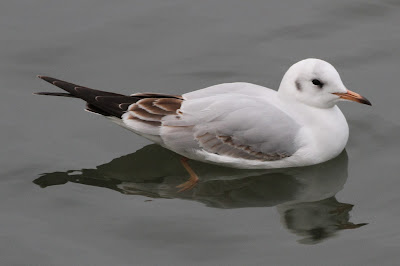 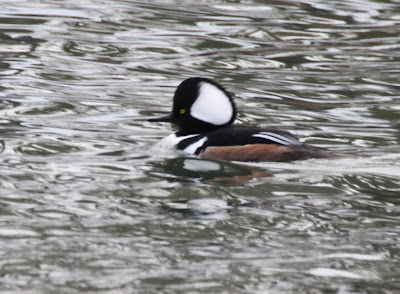 and that old favourite
HOODED MERGANSER
was showing well but distantly. 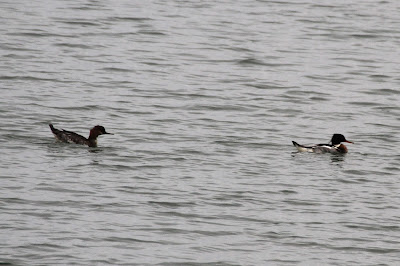 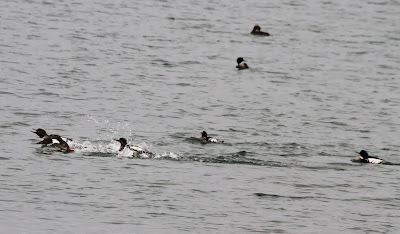 My visit there fitted perfectly as I only had a little time to spare and was driving through Weymouth anyway, so I was able to take Mrs Secret (Jane) over there on my way to picking Lesley, just back from South Africa. up for lunch. With no plans where to eat we took a drive along the Ridgeway Hills and took a look at the 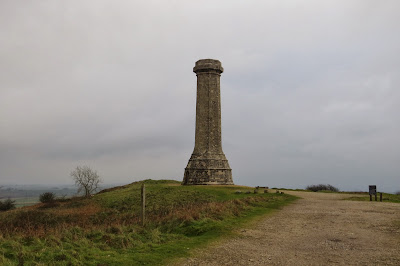 Not to be confused with Thomas the Bard (play-write and poet Hardy) this structure is dedicated another local man of the same name Thomas Masterman Hardy, Lord Nelson's sea-Captain who is reputed to have been asked by Nelson on his death-bed to, "kiss me Hardy". Like many others, Lesley and I are always looking to discover new places to eat and today we stumbled on a little GEM! 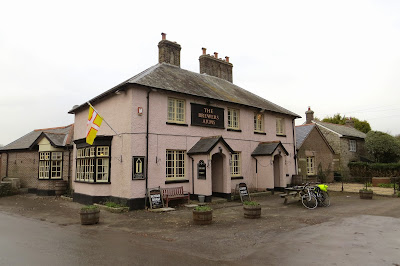 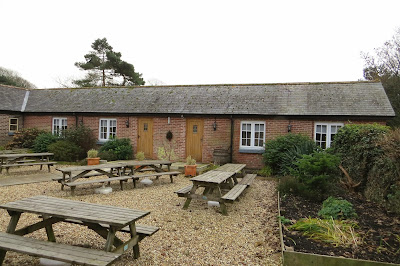 It would seem the accommodation is on par with the friendly
welcome, good food ad ambiance, 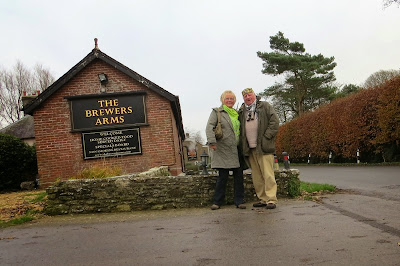 LESLEY and I would strongly advise you pay a visit when you are
passing this way. 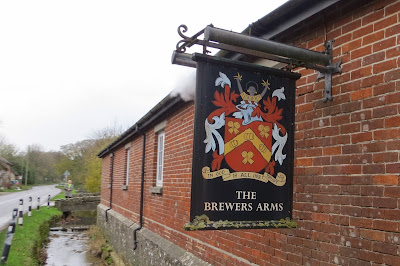 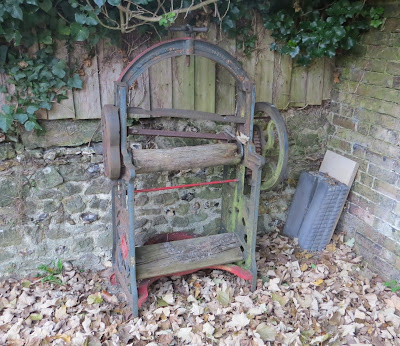 Throw-back to when washing was done by hand, an old
MANGLE

As for yesterday and our flight, provision had already be made for an early Blog Post, 3 traps had been set with little chance of anything being caught due to temperature, while on the 'birding front' things had quietened down dramatically, at least that's what I'd thought and hoped. 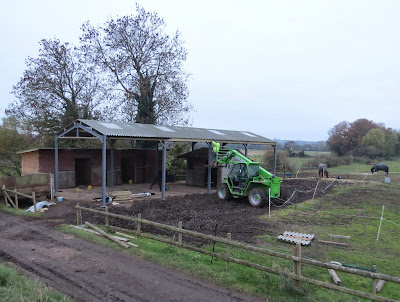 Reaching the first of the trap, and giving the progress of Janet's stable the 'once over', it was seen to contain a fair number of Moths, which was the same for the other two. Not really having the time to tend them, once laid they are a 'priority' and the Insects must be photographed and released as soon as possible, that tool a while. Within were 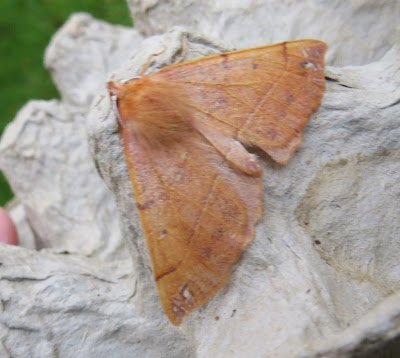 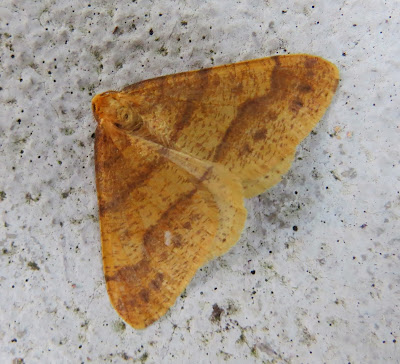 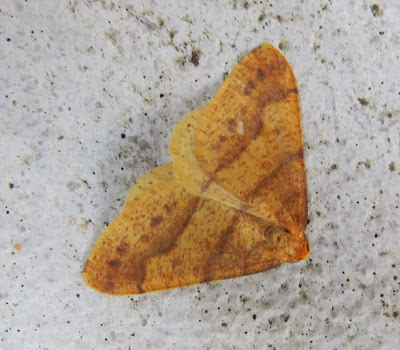 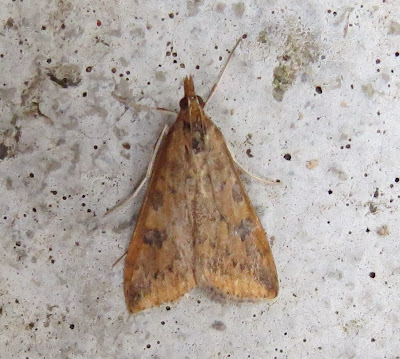 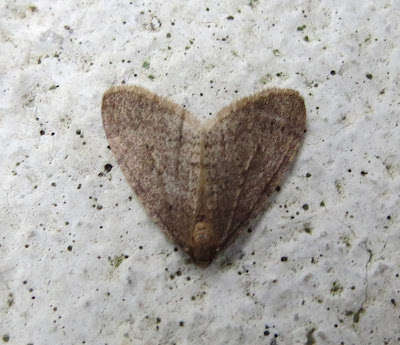 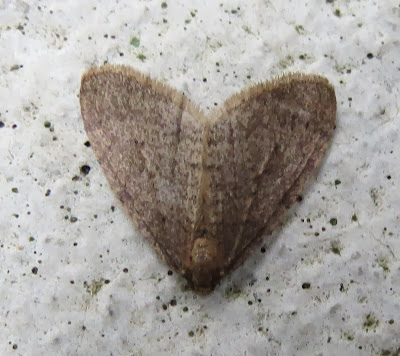 CONFIRMED
With no time to check before leaving and no Field Guide down
here I will be relying on my Pal back in Blighty! 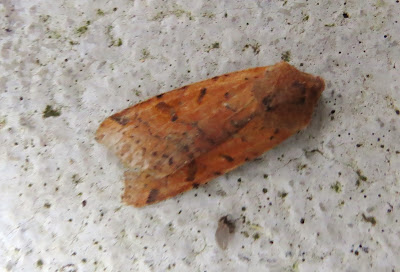 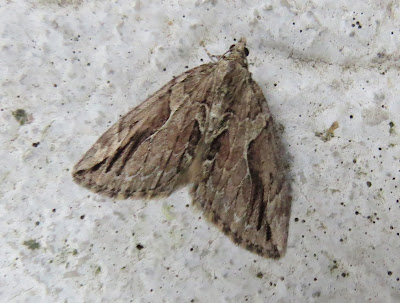 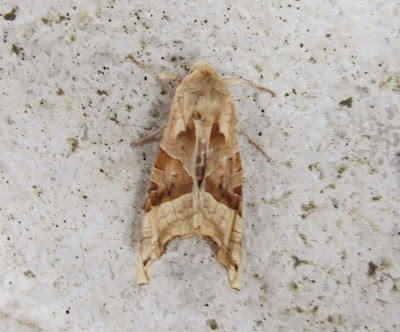 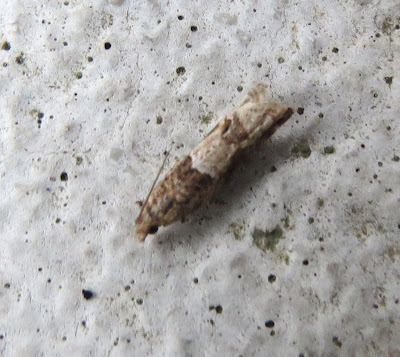 Then came the next interruption as reading through various Web-Sites it was found that the Penduline Tit may still be at Longham Lake. Not to be missed I set myself 90 minutes to catch up with this rare little bird and luckily I have a 'parking permit' for the lake which would save me a little more time. The news was it had been see in the reeds at the 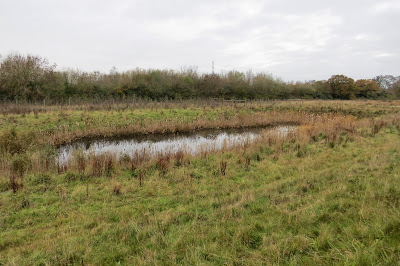 SOUTHERN POND
which is the furthest reaches of the lake. 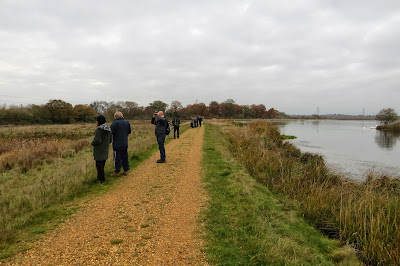 Already, there were a number of people looking with the latest news saying it had been showing well, at the site described, at 08:00 but, as I soon found out, not since. I gave it the full hour and a half with no luck, so let's hope it stays until my return. Just to give the reader some idea how could you not try to see such a charming bird? 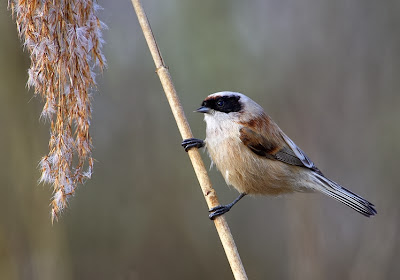