First the GOOD NEWS, my mate John Gifford is now back 'on line' after moving house and already has sent 5 E-mails catching up on the past 10 days or so. Not surprisingly, he tells me, he went straight to the Blog to catch up and the mails were full of identifications, confirmations and bird news from within the county and further afield. Good to have you back John and hope the house is warming!
THERE AIN'T NO BAD NEWS!

So, ever onward and the fact is even a Footloose, Fancy Free Nomad has to turn his attentions to other things than wildlife, meaning over the next day or two I will be leaning heavily on the 'photo archive' and 'past experiences' as I have other things to attend to. 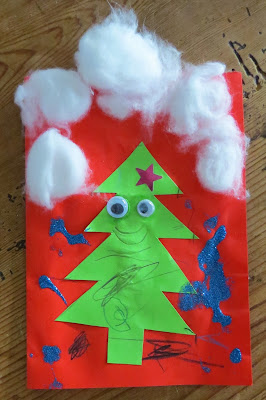 While I am not well known for my Christmas Cheer (Bah Humbug) how do you prevent a lump in the throat, the size of a water melon and a tear rolling down the cheek when you receive a gift like this. I'm sure Mum must have given some help and direction but otherwise this is a most welcome Christmas Card from those 3 little tinkers Frederick, Alexander and Benjamin - Thanks Lads and hope to see you again soon. 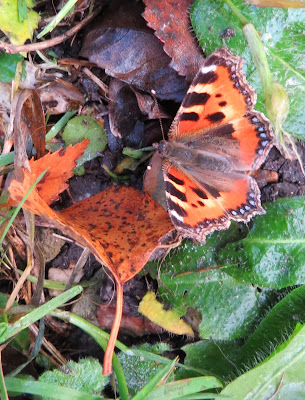 The whole of this forenoon has been given over to meticulously cleaning what I describe as the 'professional Moth Traps and stowing them away until the beginning of the next season (March??). The Electric Dustbin has now been wired up permanently and will be kept in the redundant chicken coup and activated occasionally on suitable nights, if only to keep abreast of what might be about. Otherwise, this season ended with the irony that after just a single December Moth was plucked from one of the traps, the very last Insect was not a Moth at all but a Butterfly - the SMALL TORTOISESHELL above. 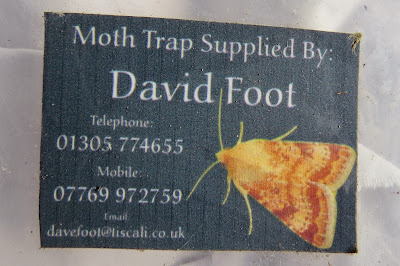 We don't usually do advertising but, if you have been inspired by all the Mothing shenanigans shown on this Blog and fancy a dabble yourself here are a couple of tips. Like most things the hobby is not a 'black art', only for the scientist, and with the help of a Field Guide a decent Web Site and like myself a couple of patient and helpful friends you'll be well on the way. A trap would be easy enough to construct yourself, but for the Very Best success rate you would do well to contact my friend and 'trap maker' as shown on the card above. One final word of warning - "once you start it won't be long before you are 'addicted', but oh what great pleasure" - go on phone Dave!
The last time the United States of America overtook the United Kingdom on the Readership Stat Counter it was decided to highlight some of my past experiences in that beautiful and diverse country, but fell by the wayside as there was so much action going on around here. Having visited each and every one of the 50 States, I could probably write a book on the subject let alone a Blog Post and having enjoyed each so much I am spoilt for choice as to which to highlight. As with all my wanderings, it is 'singularly' THE PEOPLE who make such a success of any visit and on that subject it is easy to chose the STARS! 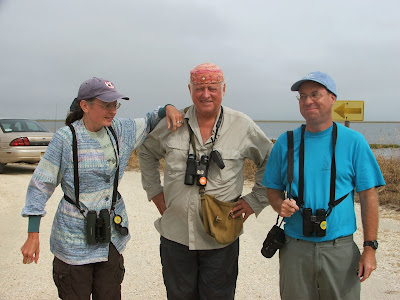 SANDRA KELLER,
single handedly introduced me to New World Birding, not only teaching me identification techniques, transporting me to all the birding 'hot spots' in New Jersey State, with the undoubted highlight being 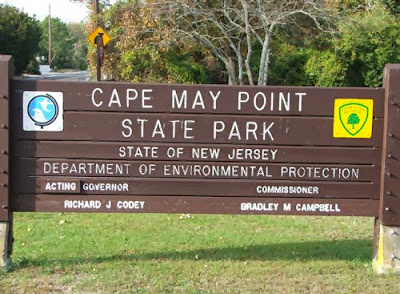 but also introducing me to numerous people who in turn were happy to take me 'birding' there. Embarrassingly I have forgotten the name of the gentleman on the right of picture but remember well the incident that brought us together. On the second of my five visits to see Sandra, she invited me to join a group birding on of the State Forests but was unable to attend herself. With adequate direction the taxi got me to the Ranger Station in good time with the dozen or so people already gathered making me immediately feel like the returning prodigal son. Something  of a mild argument followed as to who was going to take me in their car, but sorted the birding began. Undoubtedly the bird of that day for me was 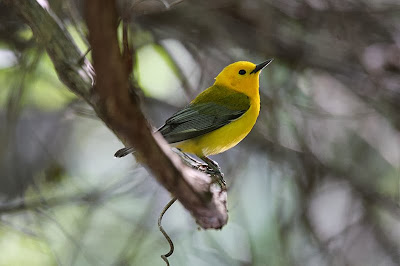 PROTHONOTORY WARBLER,
named after high officials in the Roman Catholic Church known as the protonotarii who wore golden robes, but in the meantime I had spotted another 'yellow' bird high up in a Pine tree. It was my directions to the others that caused a stir, as afterwards they asked "how do you do that", my reply being that starting at an agreed datum and with only one person talking would be a recipe for success. The bird turned out to be a 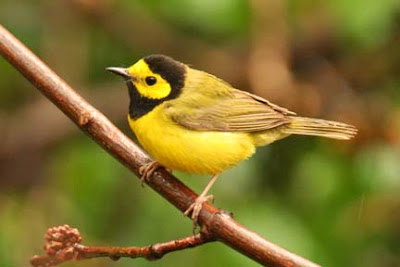 HOODED WARBLER
which caused the gentleman concerned to throw his arms around me and almost anointed me a saint. "I've waited 15 years to see that bird" he told me and continued "dinner will be on me this evening". It was and I can tell you it wasn't McDonald's! Other birds seen that day included 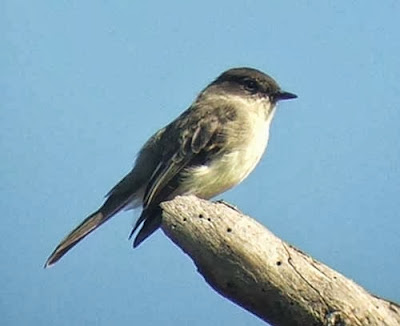 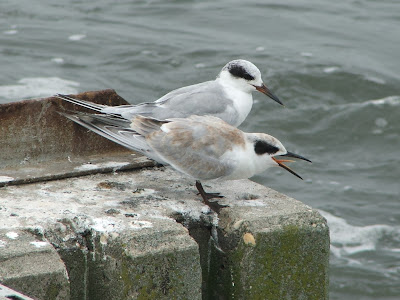 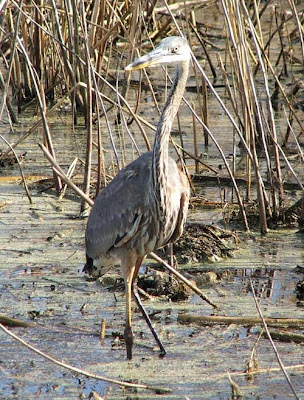 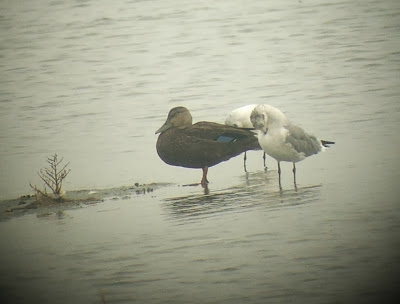 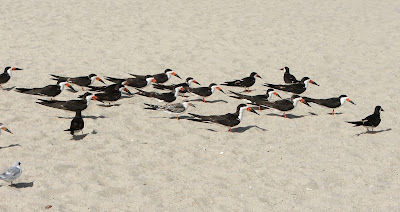 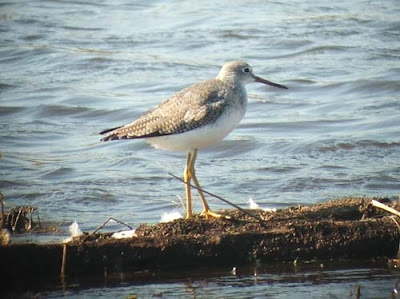 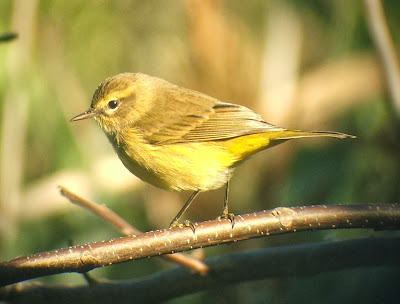 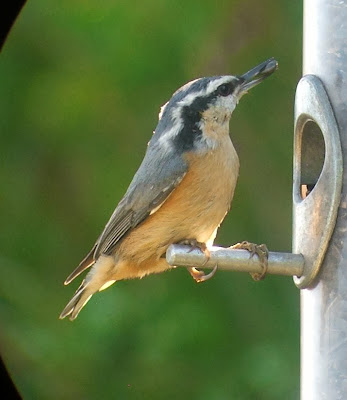 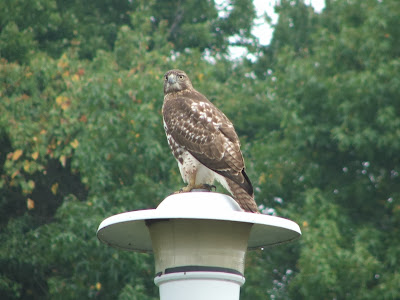 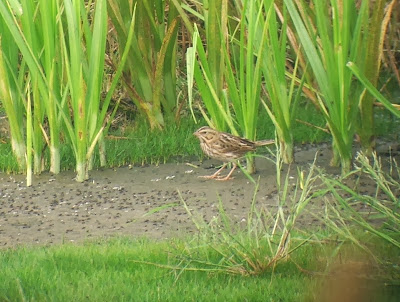 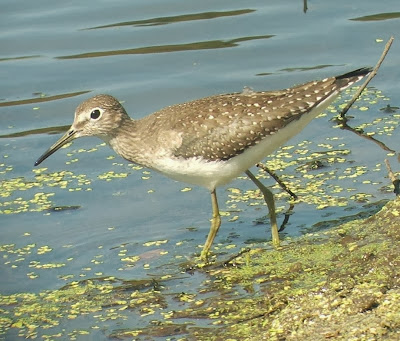 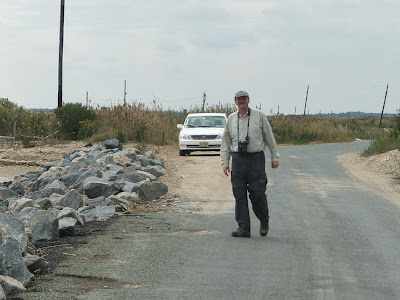 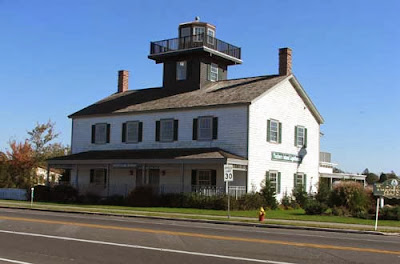 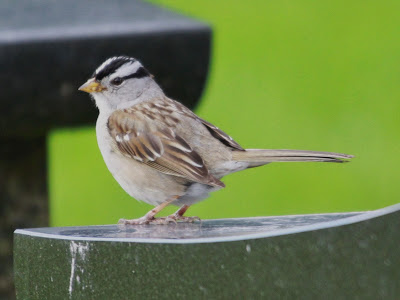 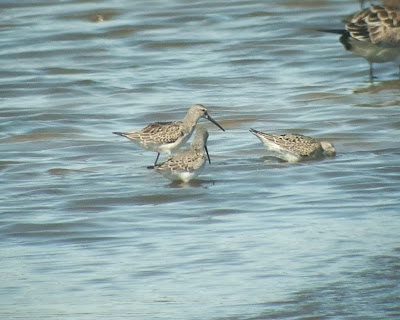 If any of these people are reading this be sure you are ever in my thoughts and would love to hear from you
captbagsy@btinternet.com
Posted by Bagsy at 18:09