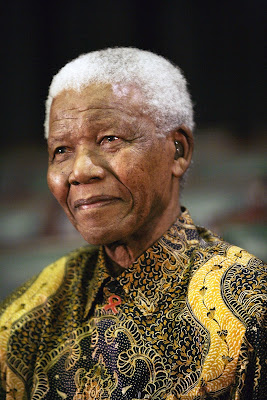 R.I.P. MADIBA
and surely a poignant moment to remember
the many others such as 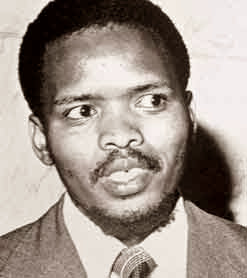 STEVE BIKO
You can blow out a candle, but you can't blow out a fire
Once the flames begin to catch, the wind will blow it higher
Oh Biko, Biko, because Biko
Yihla Moja, Yihla Moja
the Man is dead
and the eyes of the world are upon you!

As darkness fell last night we seemed to be picking up the trailing edge of the wind and rain that caused so much havoc throughout the Midlands, East Coast and the Northern parts of Great Britain. No point, thought I, of activating the traps but as bedtime approached all was calm and reasonably mild, so on they went. Not a lot of success, just a single December Moth in each of the 3 traps, but tonight with 4°C forecast maybe we'll have to call for the 'hired help' in the morning? 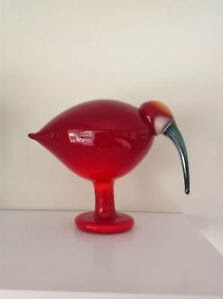 With reports from around the county alerting birders to the presence of at least c2 GLOSSY IBIS showing from time to time here and there, this is what I get from 'well intending' readers. Arriving with the message, "we have seen no report of Glossy Ibis on the Blog thus far, so presume you haven't seen them yet? Hope this will do until a real one shows up"! No names, no pack-drills. With little of interest on the Bird Lines and with my mate John Gifford a little 'hog-tied' for a few days, Longham Lake seemed as good a place as any to find that elusive rarity. From the start we can tell that a 'rarety' was not to be, but with the continuing build up of Wildfowl particularly there was still plenty of a 'common' nature to see.

BLACK-HEADED GULLS
were lined up on the jetty handrails like a Guard of Honour, 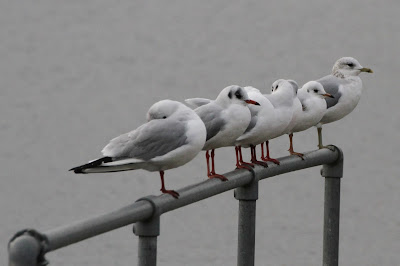 but looking to the next rail a
COMMON GULL
was noted at the end of this line. 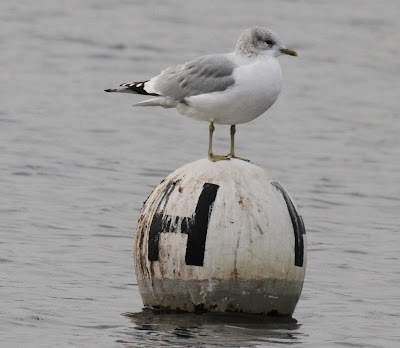 Another was perched a little closer to the camera on H Buoy. 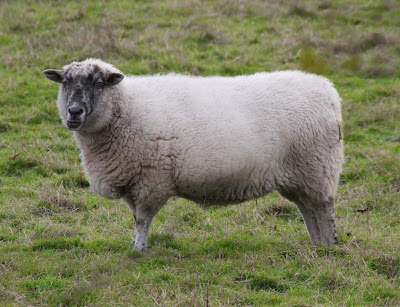 New arrivals in the adjacent meadows were these fine looking
SHEEP
Harmlessly passing your time in the grassland away
Only dimly aware of a certain unease in the air
You better watch out, there may be dogs about
I've looked over Jordan and I have seen
Things are not what they seem. 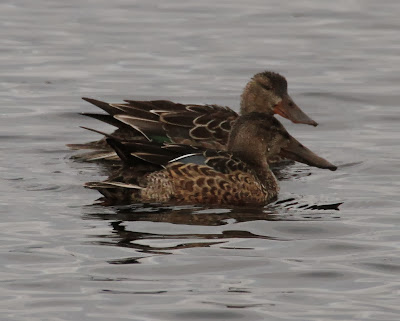 numbers have certainly increased since my last visit, 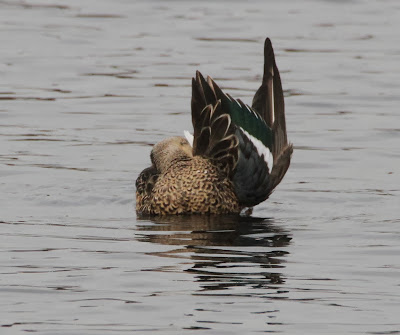 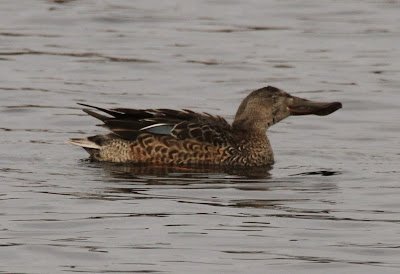 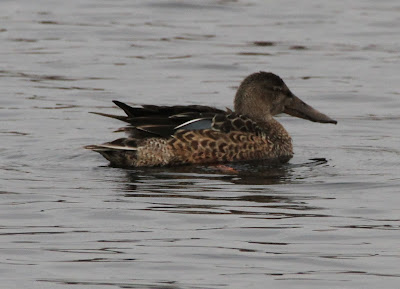 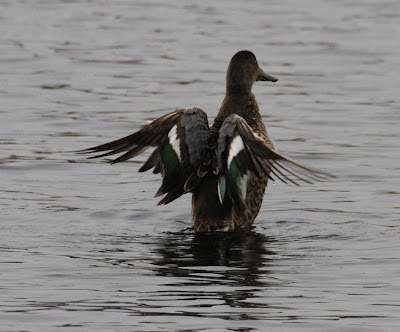 and looking so good, thought worthy of a series of shots. 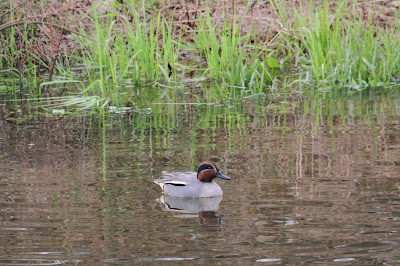 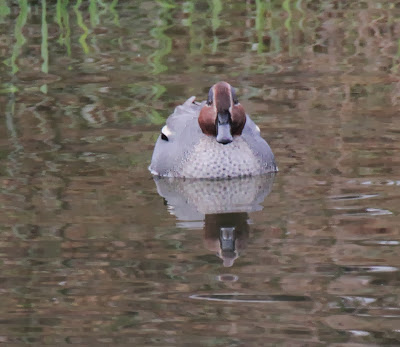 too are looking good and then we happened upon another 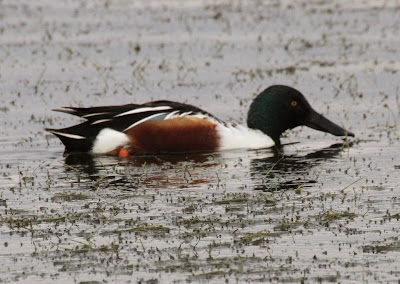 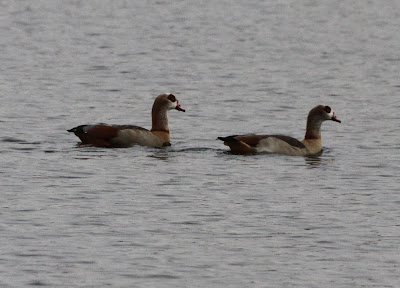 c2 EGYPTIAN GEESE were a little unexpected but 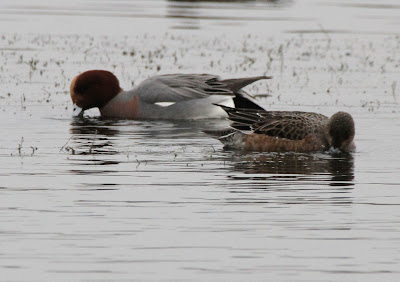 WIGEON
are now likely the most numerous Duck on the Lake. 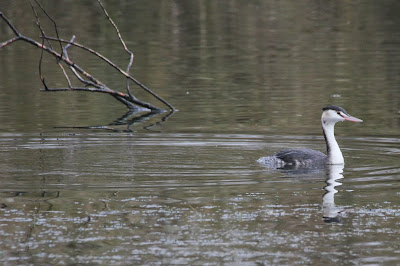 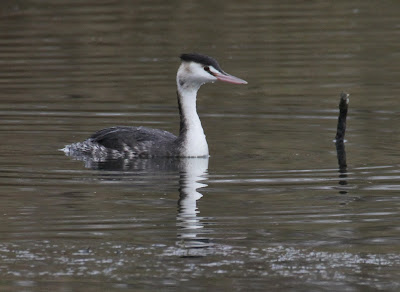 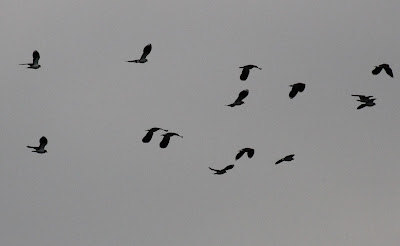 Just a few of a count of 53
LAPWING 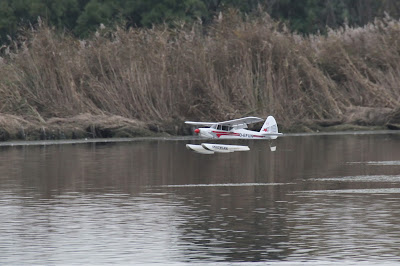 followed by a sight I never thought I'd see here. 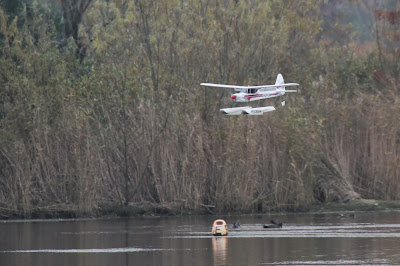 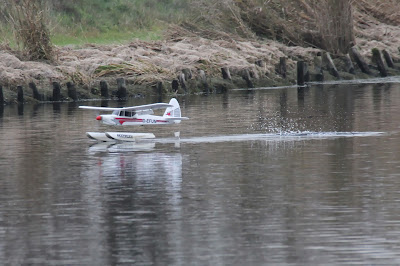 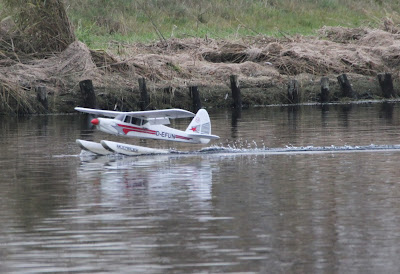 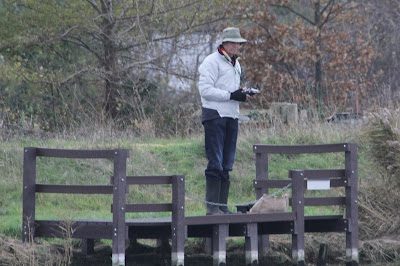 but the Pilot was on the jetty. 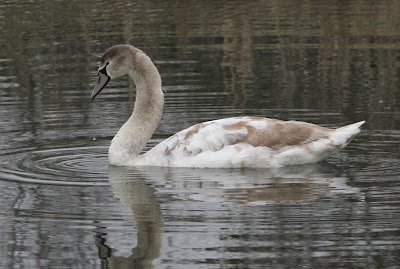 One of this years brood of
MUTE SWAN. 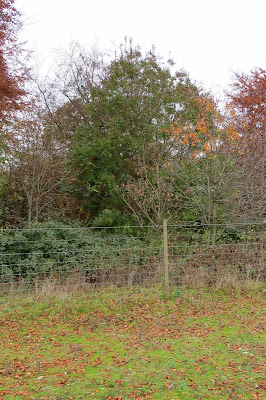 and so to the trees. Despite yesterday's fresh breeze, so many of them still hold their leaves like this ASH, the forest tree which is suppose to be last to show a leaf and the first to 'fall' - looks like it will still be a while yet? 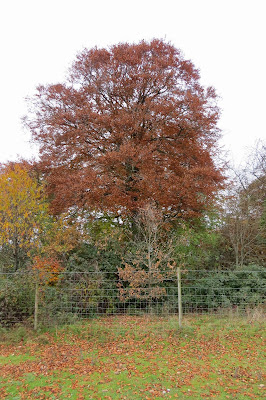 BEECH
looking similar and most resplendent, except in
this instance most of the 'chlorphiyll' has gone
What do you get for pretending the danger's not real
Meek and obedient you follow the leader
Down well trodden corridors into the valley of steel
What a surprise!
A look of terminal shock in your eyes
Now things are really what they seem
No, this is no bad dream.

Sheep (from the album Animals) - Pink Floyd
Posted by Bagsy at 17:36