Don't Look Back In Anger - Oasis

Fact is, I am now in Norfolk getting ready for the New Year Birds. A few hours 'scouting around' in appalling weather conditions and consulting various Rare Bird Sites (via my mate John Gifford) are proving there is not the normal quantity or quality on the ground here this year! Good news is that the wind direction remains from the south and while it is a little chillier than Dorset, we don't have that piercing, blast directly from the Ice Cap
Slip inside the eye of your mind
Don't you know you might find
A better place to play
You said that you'd never been
but all the things that you've seen
Will slowly fade away
Where do the years go? Another one gone as quickly as that, so time to reflect on what has been another GREAT ONE for me!
One of the function of a Ship's Bell is to indicate time and is stuck in sequence during each 'watch' as per the table below.

At midnight on New Year's Eve sixteen bells would be struck – eight bells for the old year and eight bells for the new. At the sounding of 16 Bells at the turn of this year we were in an approximate position of  17° 50' 00" North and 69° 30' 00" West close to the south west coast of the Dominican Republic onboard the small Cruise Ship M/V Voyager. New Years Day at sea made life just that little bit easier for all concerned as passengers could not get ashore containing all celebrations within the vessel. Our first port of call the following day was Santo Domingo, capital of DR from where we progressed onward to Jamaica, Mexico, Belize, Honduras, Costa Rica, Colombia and finally in that first month to Panama. There were 3 main thrusts to this journey for me, one to cross the Atlantic Ocean and transit the Panama Canal (2 things that eluded me during nearly 50 years at sea) and to visit the final few countries of the Americas I had not yet seen. The first of these had already been fulfilled during the 'old year' so probably not surprisingly the favoured images for January were of the
GUTAN LOCKS leading into the 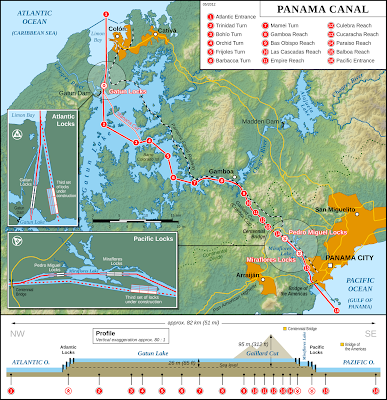 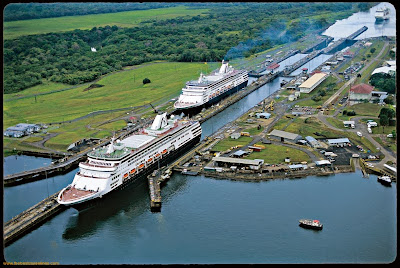 PANAMA CANAL
and the bird of that period the 'endemic'
HISPANIOLAN WOODPECKER
By the beginning of FEBRUARY I had left the Voyager and started my solo journey in Georgetown the capital of Guyana. Highlights there were getting rid of the 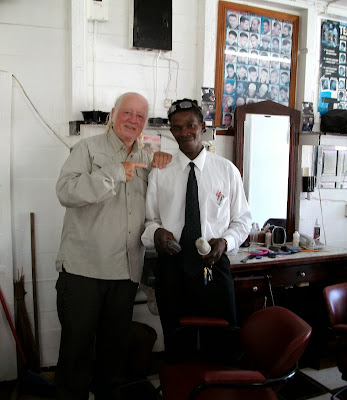 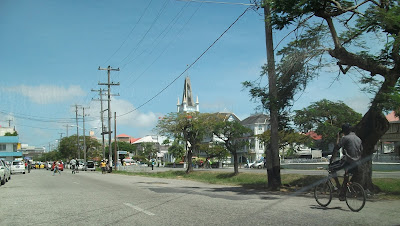 enjoying the city, especially the Botanical Gardens where the
Bird of the Month was seen the 'near' endemic 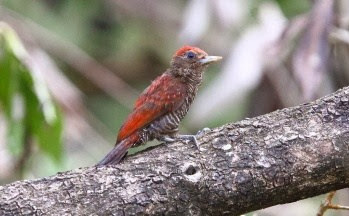 BLOOD-COLORED WOODPECKER
From there it was overland, and river, into Suriname with some delays getting out of the country as I had not acquired the correct documentation for that country. Resolved, I met my Guide 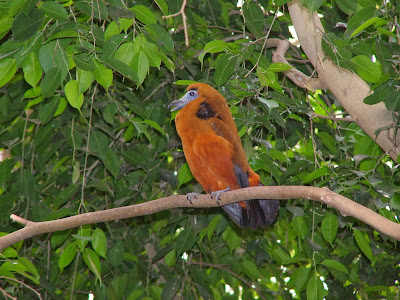 who found for me the bizarre looking
CAPUCHINBIRD 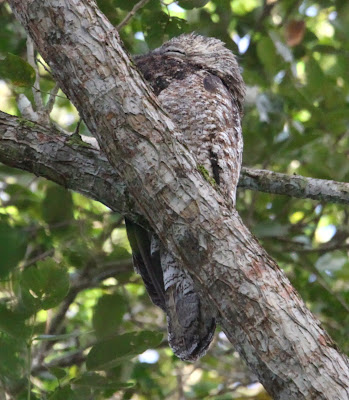 and GREAT POTOO
By MARCH the travels had taken me to the diverse French Guyana where such interesting sites as the International Space Station and Devil's Island (the backdrop for Papillion) were visited. However, more than this it was 2 very special people who were the highlight here. 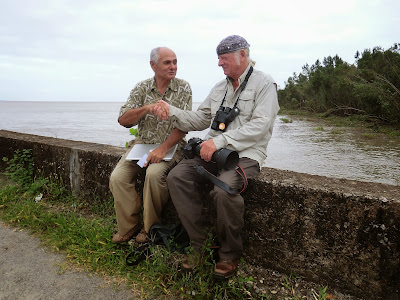 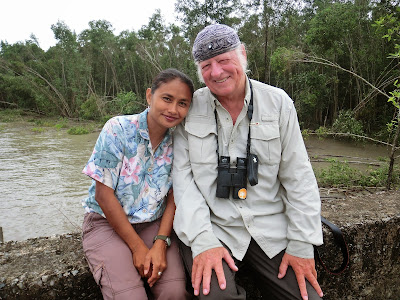 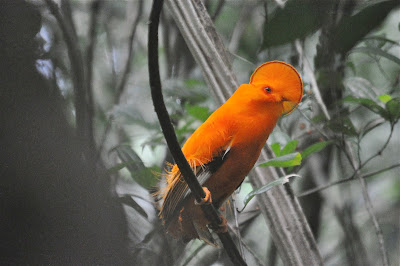 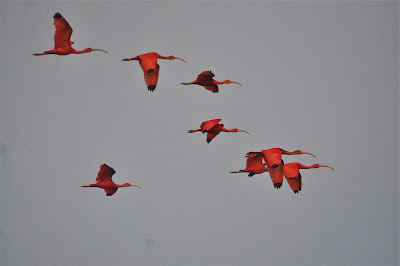 SCARLET IBIS
It was then on to Haiti and to meet 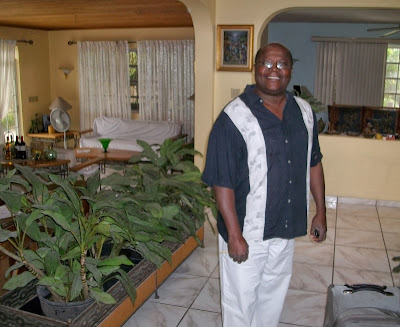 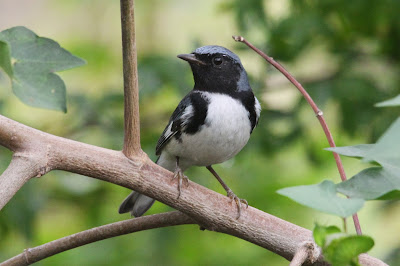 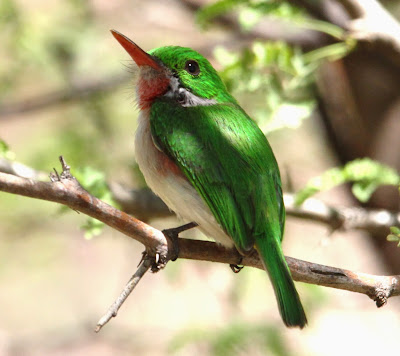 BROAD-BILLED TODY
After that I visited the few Caribbean Islands that were outstanding for and by the time I re-joined Voyager for the passage back to England every country of the 'Americas' had been seen! By the time I got back my house was close to Sales Completion, I also sold most of my possessions and all of the furniture to begin a new life as far away from Society as I can get. By that I don't mean family and friends, but away from corrupt politicians (another 'banged-up' this very month), THIEVING bankers and the like. In addition the 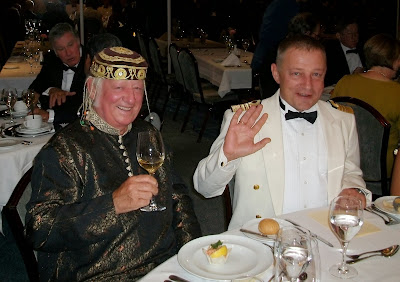 BRAIDS
had to go having turned into a matted heap!
My total number of countries visited this year amount to 21 if you count England, and who wouldn't, 297 new species of bird were added to my world list and the stroke of luck that was the BRÜNNICH'S GUILLEMOT added to both GB and Dorset Lists. BEST 'TIL LAST and that has to be Hugh and Janet Dampney who have been friends indeed since my return. In addition ALL of their family and friends have also made me so welcome.
A HUGH THANK YOU TO THEM ALL!
So I'll start the revolution from my bed
Cos you said the brains I had went to my head
Step outside 'coz summertime's in bloom
Stand up beside the fireplace
Take that look from off your face
You ain't ever gonna burn my heart out
Don't Look Back In Anger I Heard You Say!