In reality (still trying to catch up) yesterday was almost a wash out with just a brief visit to Longham Lake to slake the addiction. Even then there was a single addition to both GB Year and Dorset Year Lists as a 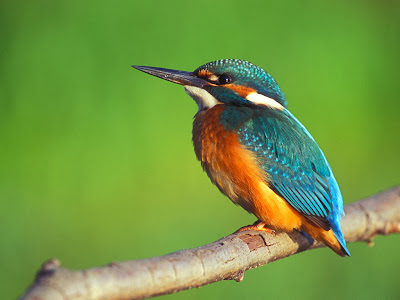 KINGFISHER* (Wiki pic)
flashed across the lake.
Still plenty of rain about, but dodging between the heavy showers allow for some decent birding. First port of call would be to try and locate one of the smallest birds to visit our country, with this particular species being more at home during winter as this 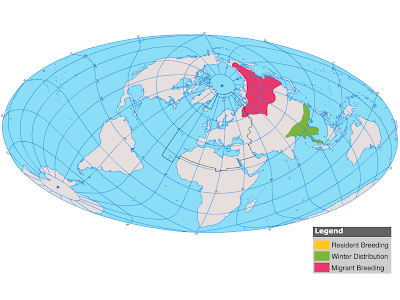 Distribution Map shows.
On information received, this tiny creature was favouring a wooded area 150 yards from the Discovery Centre at the Knoll Beack car park, Studland, Dorset. Leaving the car it was decided to try 200 paces as a point to begin what was thought to be a difficult search, but had 3 more steps been taken there would have been a likelihood of treading on it. Great joy, but not much in the way of photographs, given the early morning light, but nonetheless the 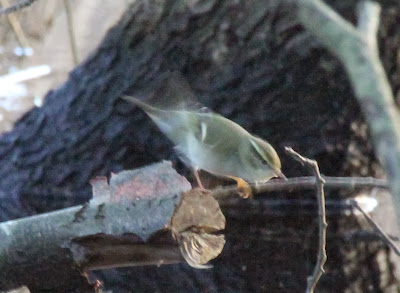 YELLOW-BROWED WARBLER*
had been recorded. 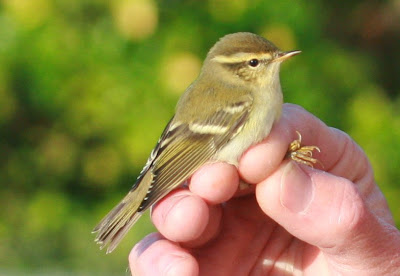 For illustration purposes this 'bird in the hand' was caught and
'ringed' at the Portland Bird Observatory (PBO) a couple of years ago.
Onward via 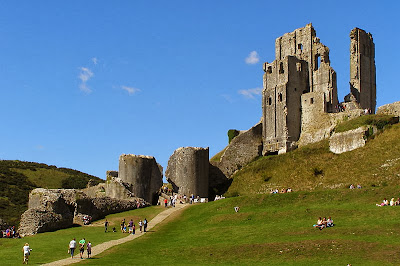 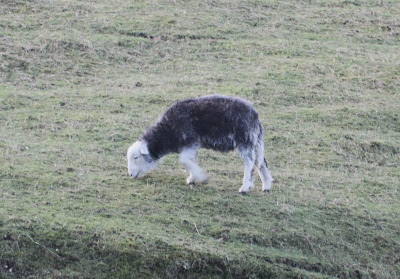 these novel little Sheep appear to be new arrivals grazing the slopes there.

We, after a good deal of trying, couldn't sort the species so we sent the photo to a man who could. The reply to my E-mail from friend John Gifford reads:- Well what is that doing down this way, should be up north on the hills. It is a HERDWICK, quite often the tups/ram are used as a sire on other breeds to increase the quality of the meat. 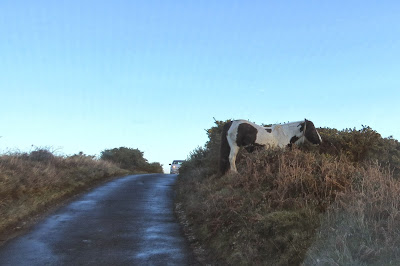 The young lady driving the car at the crest of the hill had the same
reservations as this huge HORSE, now free grazing Hartland Moor
along with half a dozen others, wandered across the road.

At Middlebere the almost resident 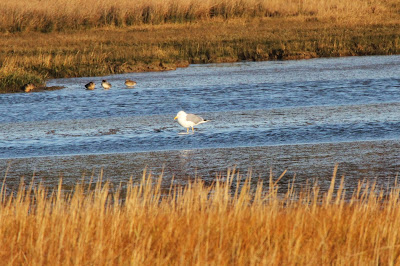 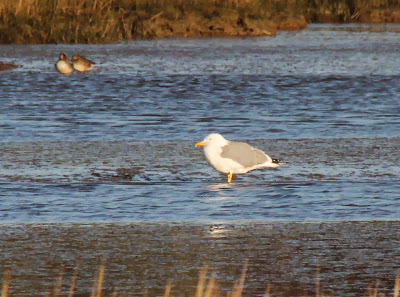 had reappeared since the Christmas break adding to the list, 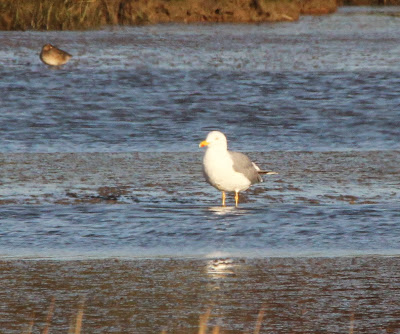 but this too was fairly distant. 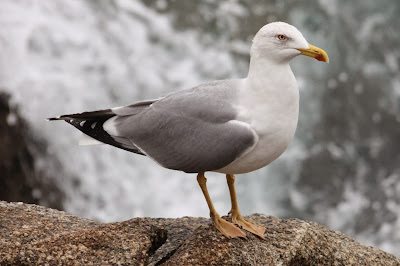 You can get closer to them further afield (Spain). 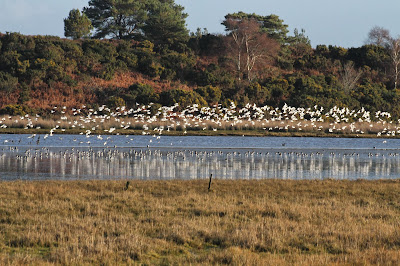 On its day, the hide here is unarguably the best sight in Dorset
for Wading Birds (and others) in flight, and today was just that. 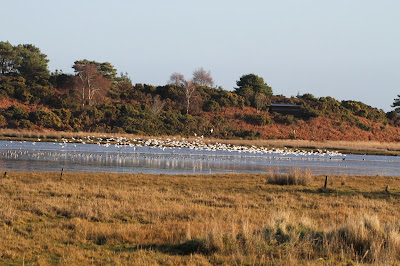 No knowing how many birds are involved but first it was the turn of
AVOCET
as an estimated 500 took to the wing, did a circuit of the creek
before landing again. 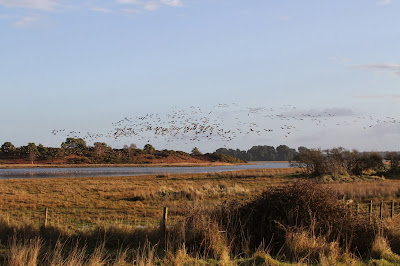 Next, again hundreds of BRENT GEESE took off from a nearby
field where they had been feeding before disappearing from view. 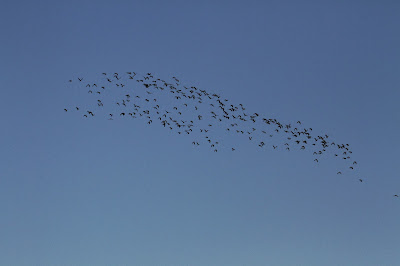 They were replaced by 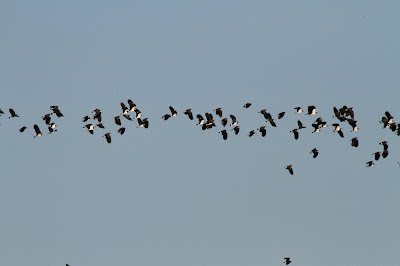 LAPWING
which always put on a most spectacular display. 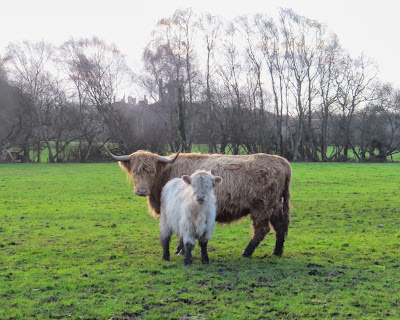 On the way to Oakers Wood these
HIGHLAND CATTLE
put on such a pose they were worthy of a shot!
On arrival and during the 40 minute stay, the bad news was no
Lesser Spotted Woodpecker or Treecreeper but 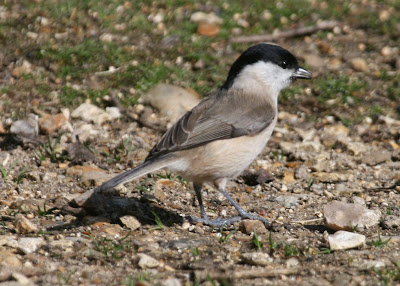 MARSH TIT*
came as something of a surprise as I have not seen them at this
site for a number of years now.

Also at the Waddock Cross Watercress Beds there was disappointment as all to be seen were a few Meadow Pipit and even fewer Pied and Grey Wagtails, with no sign of the 'hoped for' species. However, things turned more favourable as at the same type of 'food production area' at Tincleton a 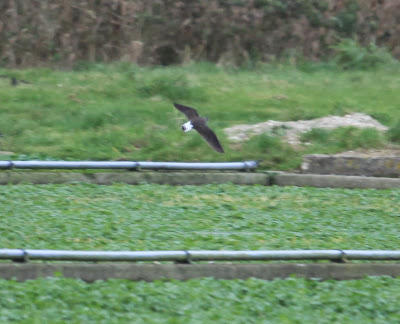 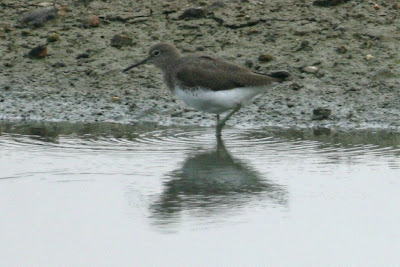 flushed immediately on arrival. Bottom image from the archive.
Things were certainly going well and with no stopping between
here and Lodmoor 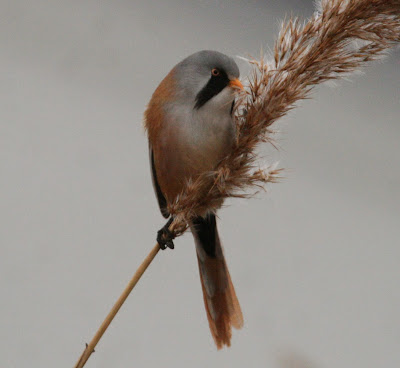 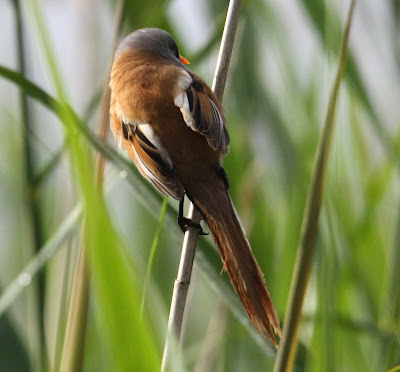 was just as quickly found at the traditionally favoured part of the Moor.

Having travelled this far Portland Harbour was a 'must' despite the lateness of the hour and although, once again, neither Long-tailed Duck nor Eider were seen a real bonus by way of this 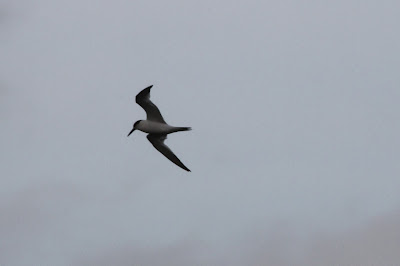 SANDWICH TERN*
patrolling the Portland Castle section of the harbour. 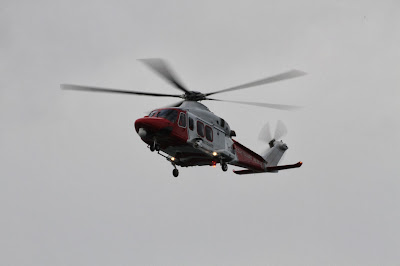 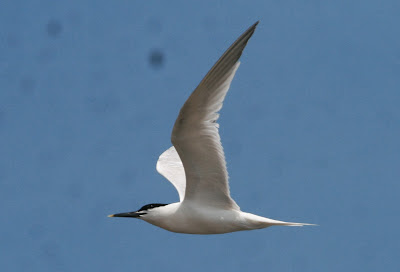 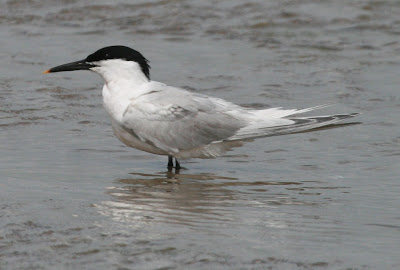 A closer look at Sandwich Tern.
Finally, under the fast fading light, there was time to visit the PBO
to wish the Warden Martin Cade and Assistant Warden Joe Stockwell
Happy New Year. 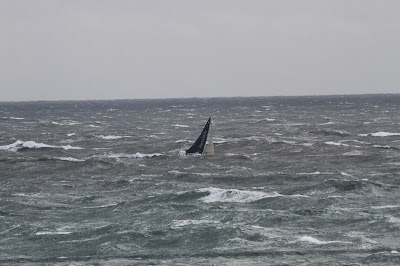 'The Race' at Portland Bill
some call them 'intrepid sailors', I call them P**t's!