Consulting the Weather App yesterday, it looked like a band of heavy rain was due at Christchurch about 08:00, would last just a hour or two to be followed by a dose of serious sunshine. This was yet to be seen, but on the strength of that information a drive to Weymouth commenced at 8 and before reaching Parley Cross the rain had set in - so far so accurate! It took 80 minutes to get there and already Mr Blue Sky was appearing from the west. By the time I boarded the X53 bus at 09:30 the "sun was shinin' in the sky, there ain't a cloud in sight, it's stopped raining and ev'rybodie's in a play and don't you know its a beautiful new day - hey, hey, hey". It's a most pleasant experience driving the Jurassic Coast Route under such welcome circumstance, certainly a lot better than my last visit to Lyme Regis in hope of seeing Dipper. 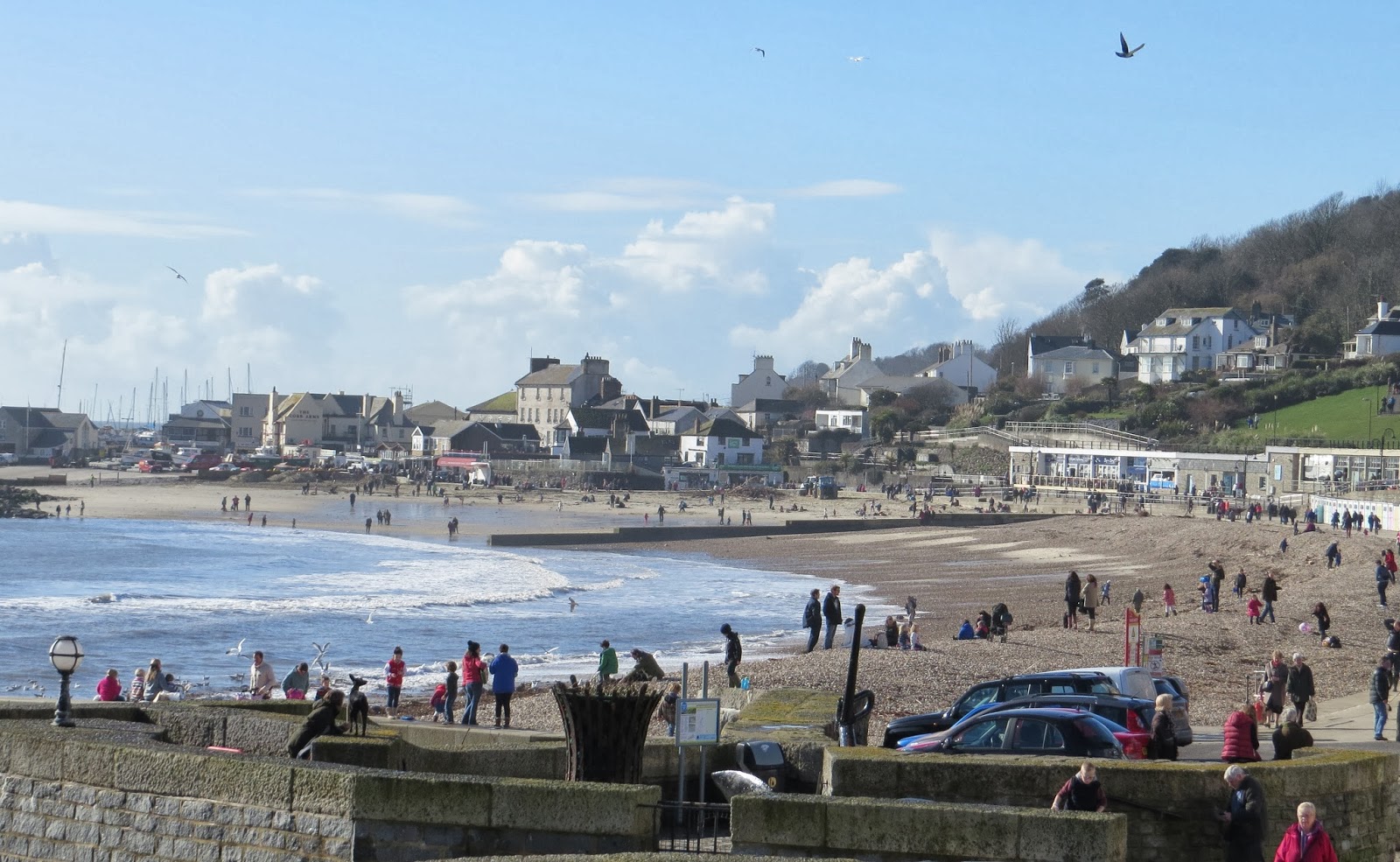 Just in time for the Half Term School Holiday 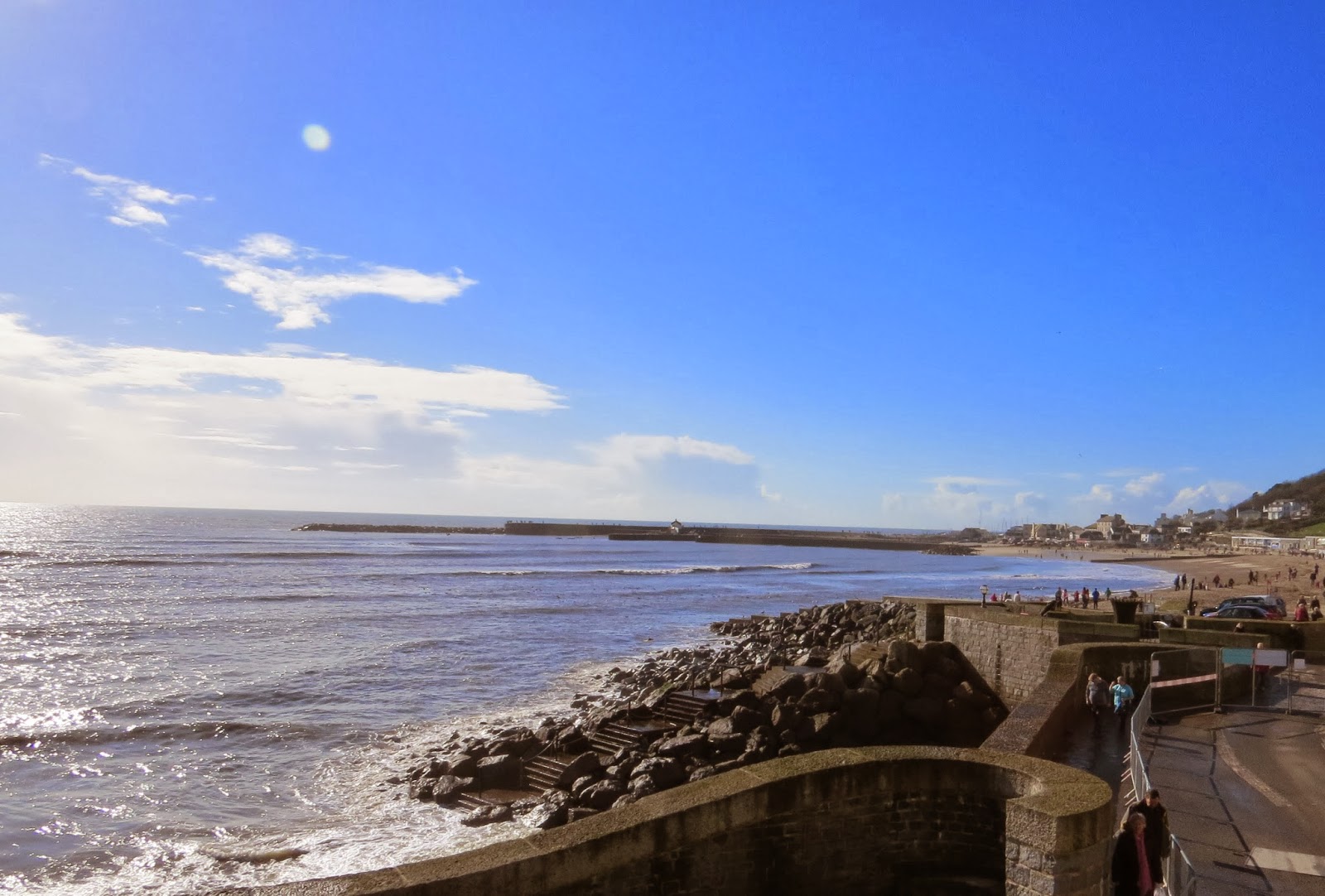 Parents and Children alike were making the most of the beach.
(the view to The Cob)
The major roadworks here are almost completed as well so getting
around was a good deal easier.
Heading straight for the River Lim it was less than a mile before a 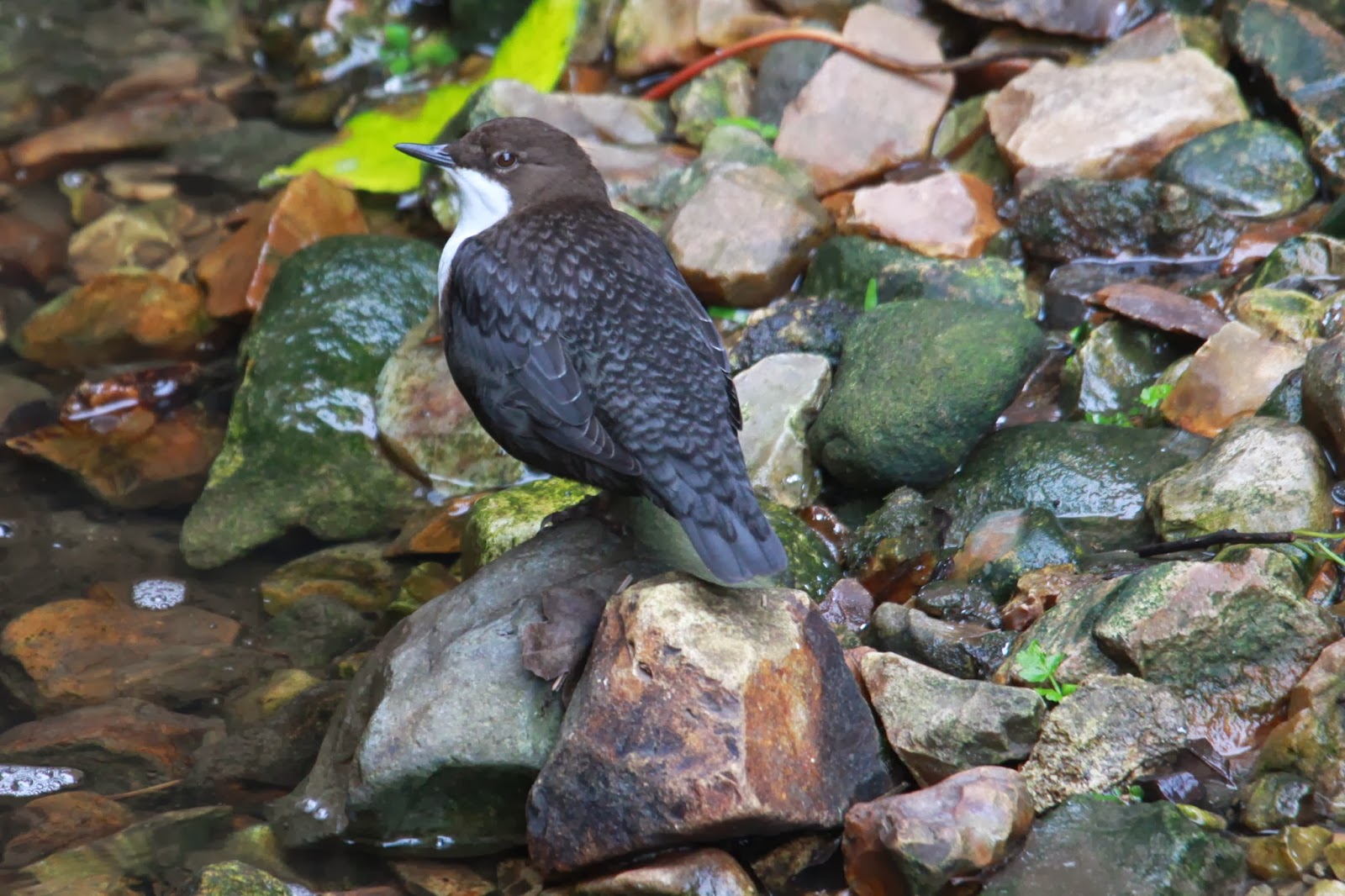 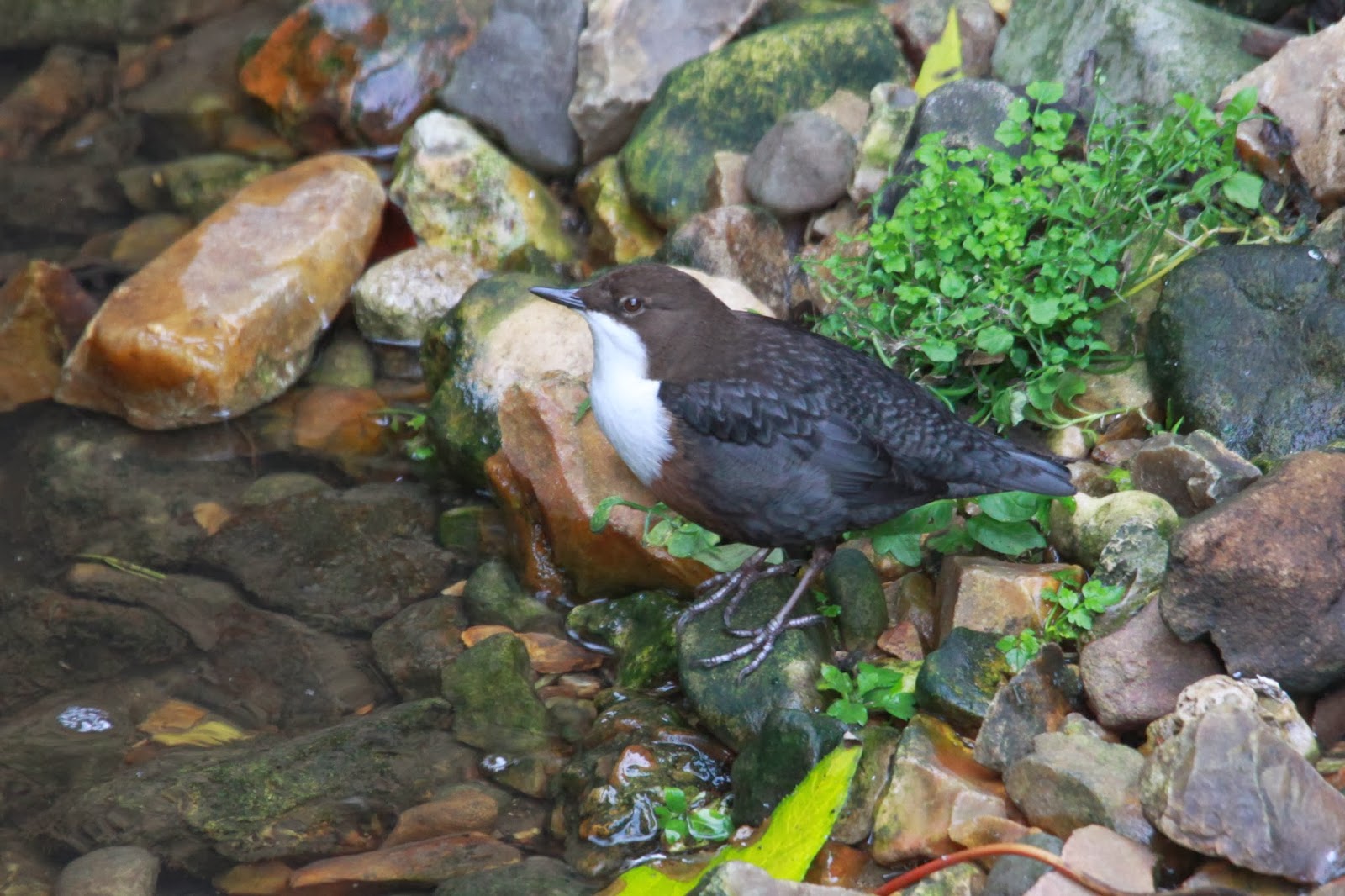 was located and then in view for no more than 2 minutes. 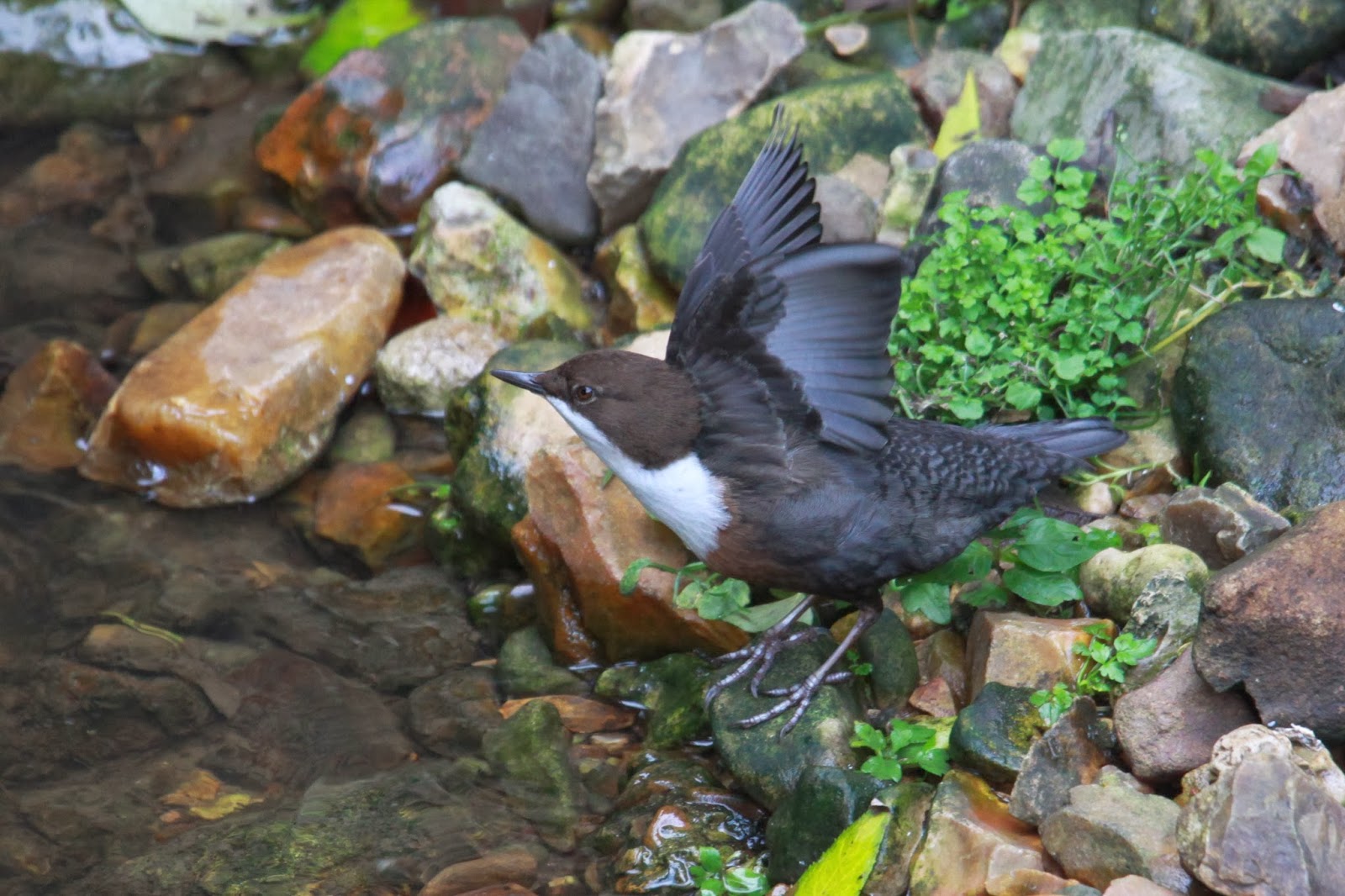 Seen dozens of times all over Great Britain, it never ceases to
amaze me that these Thrush size bird find their food by 'walking
underwater' on riverbeds to collect Insect Larvae. 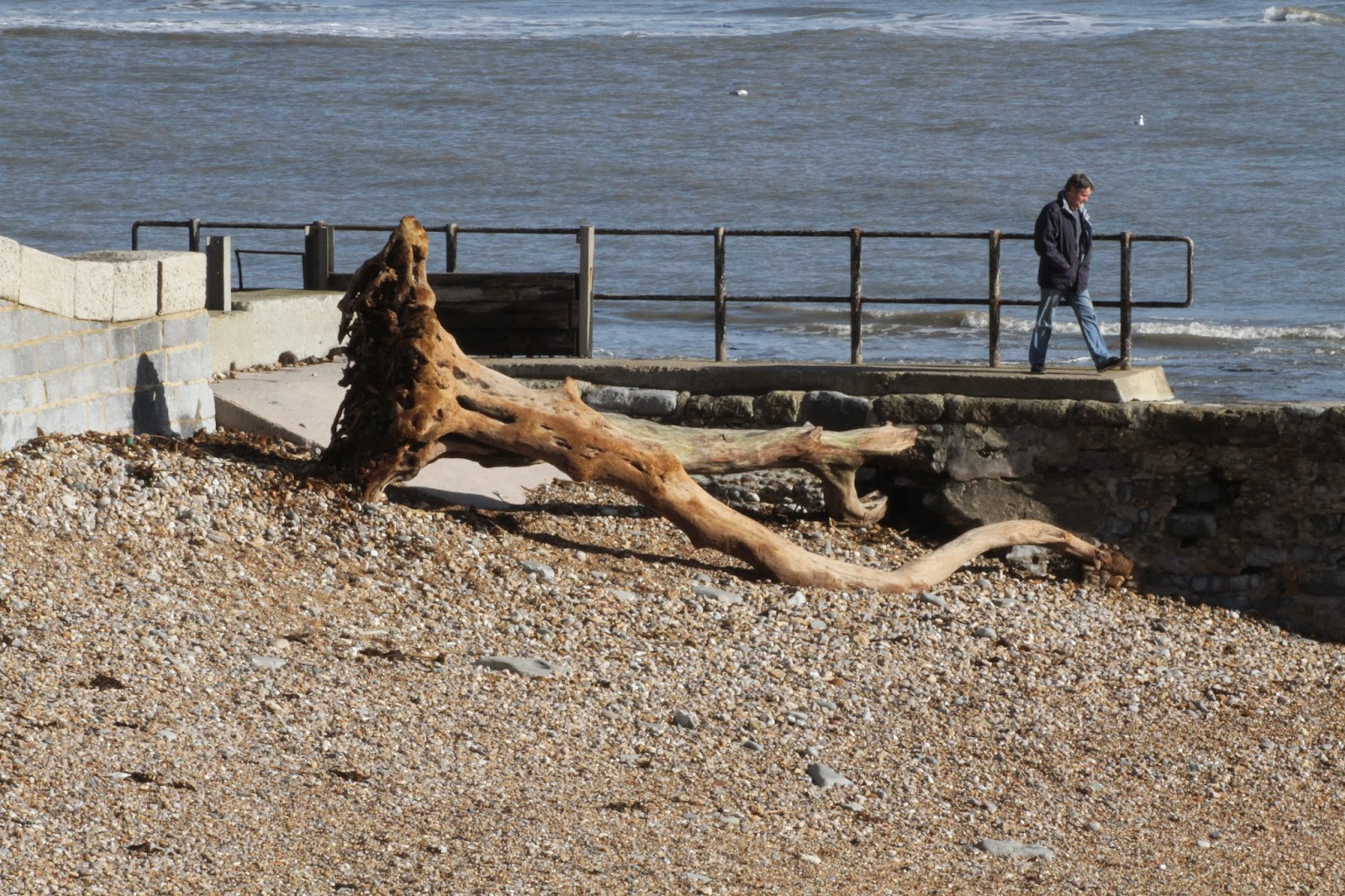 A brief search was made of the promenade for Black Redstart
but as on the last visit there were none. There was evidence of
the recent storms as I don't remember this tree being here before. 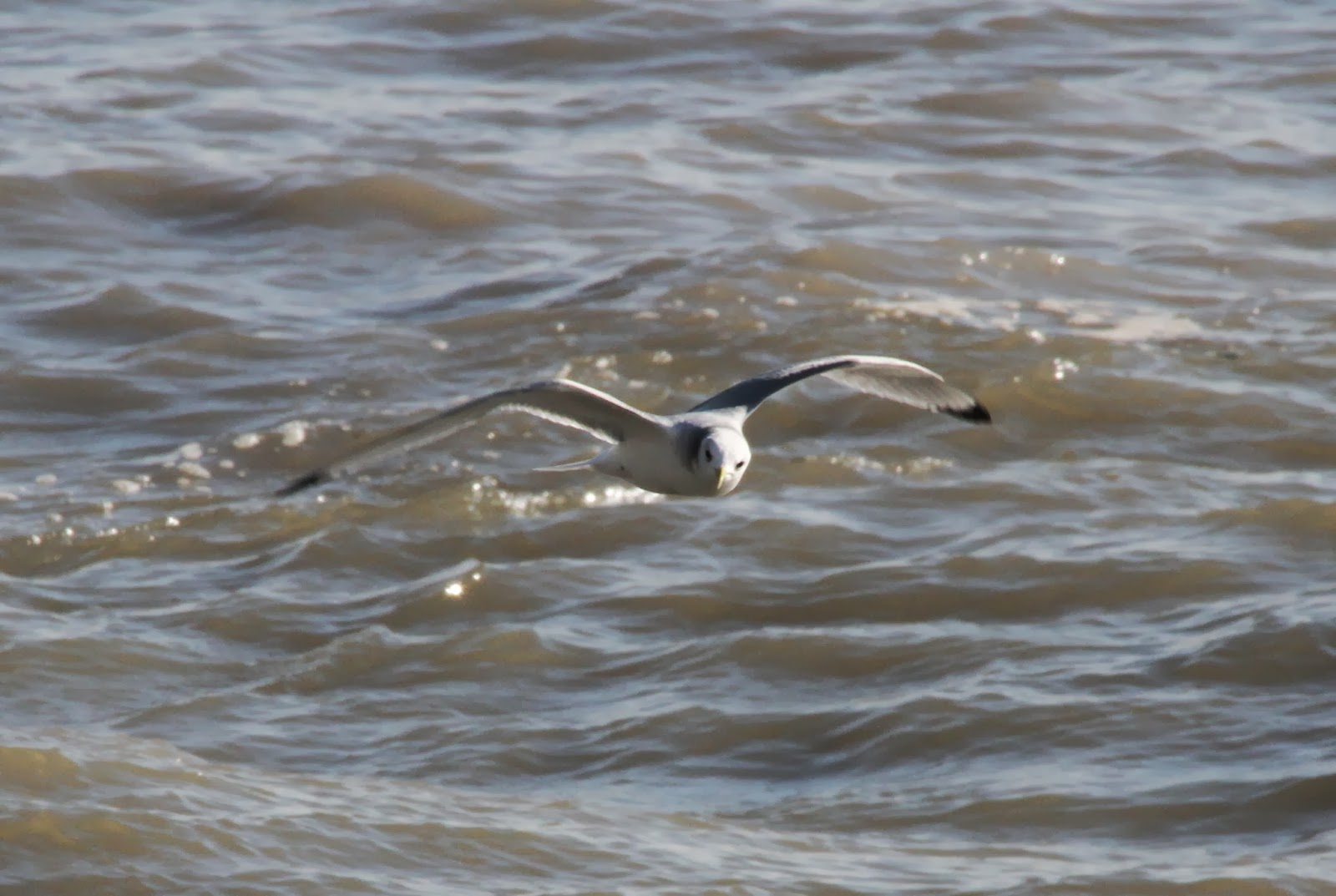 That is when this Gull, smaller than most others here, flew along
the tide line. 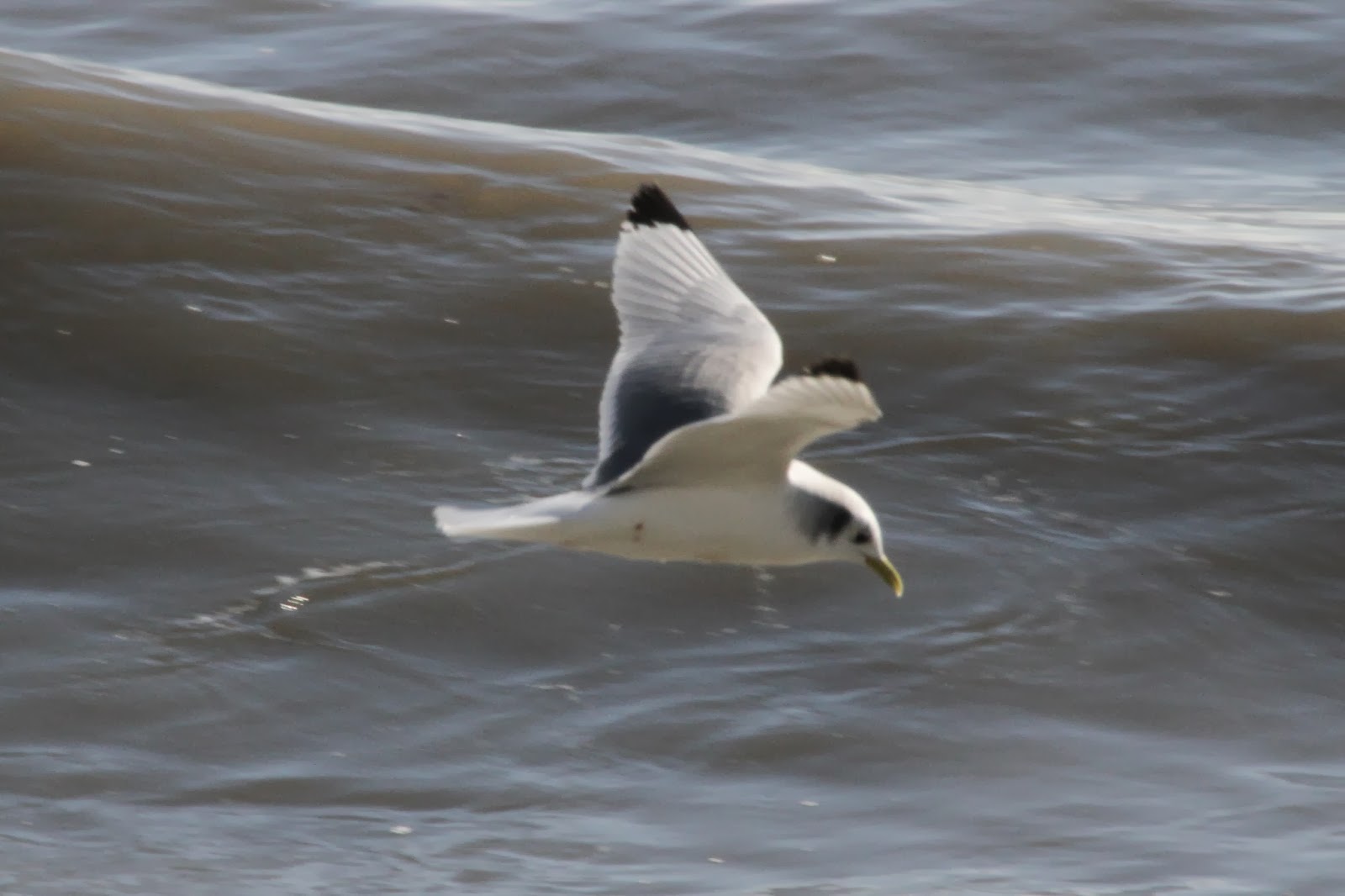 Just one of what have been a great number seeking refuge or food
during the storms. 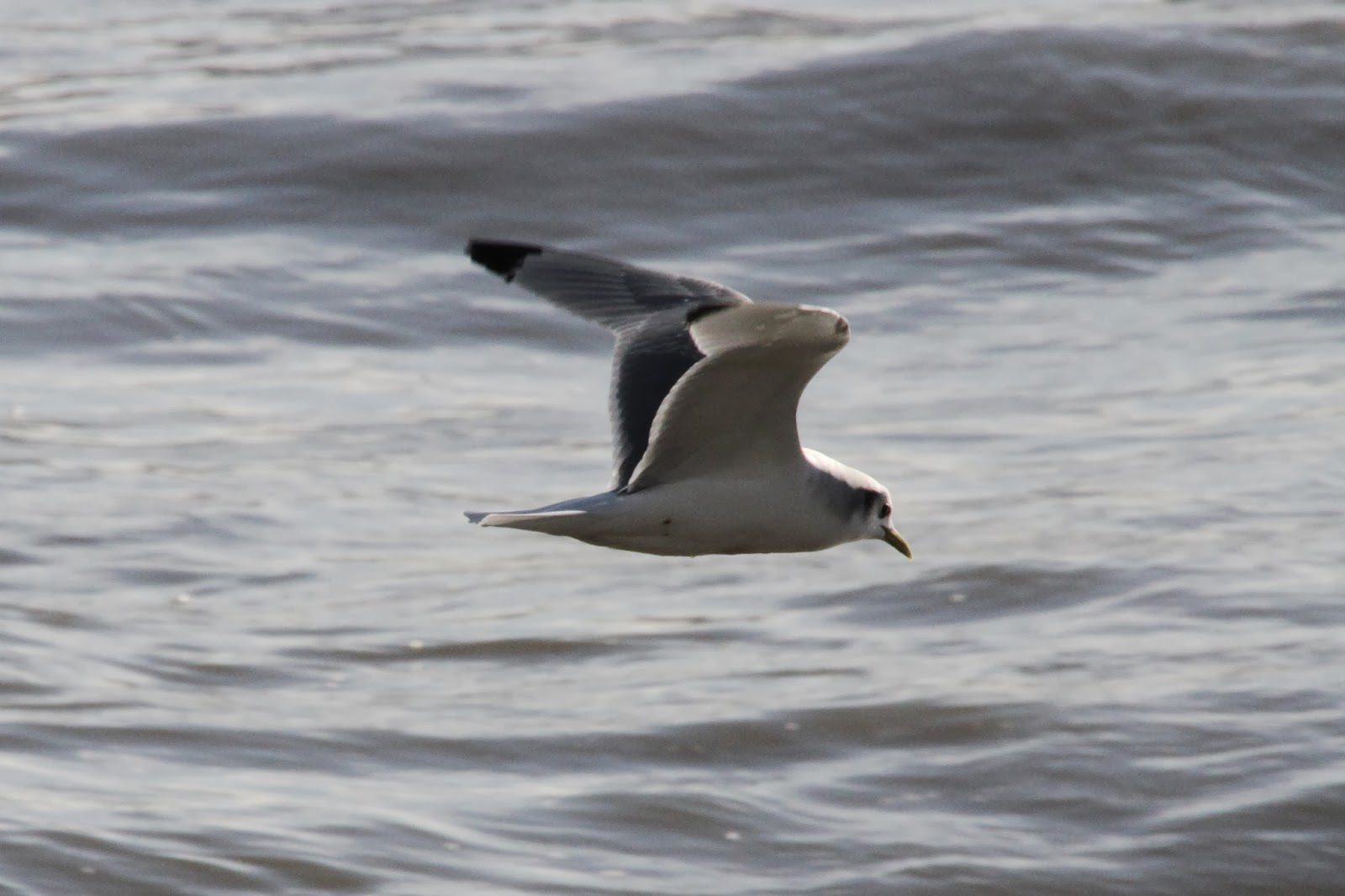 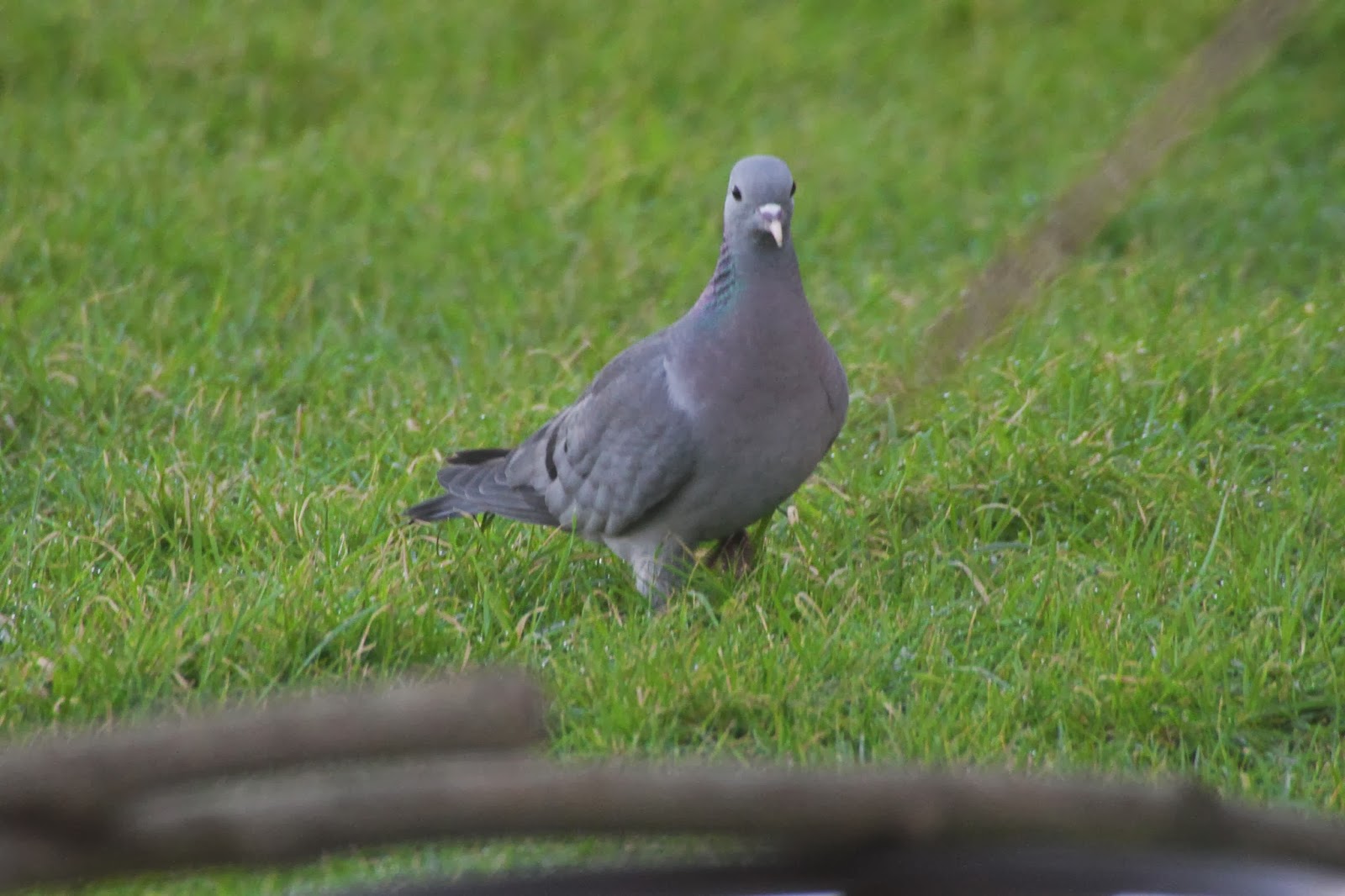 before the same with the Secret Lemonade Drinker, where the 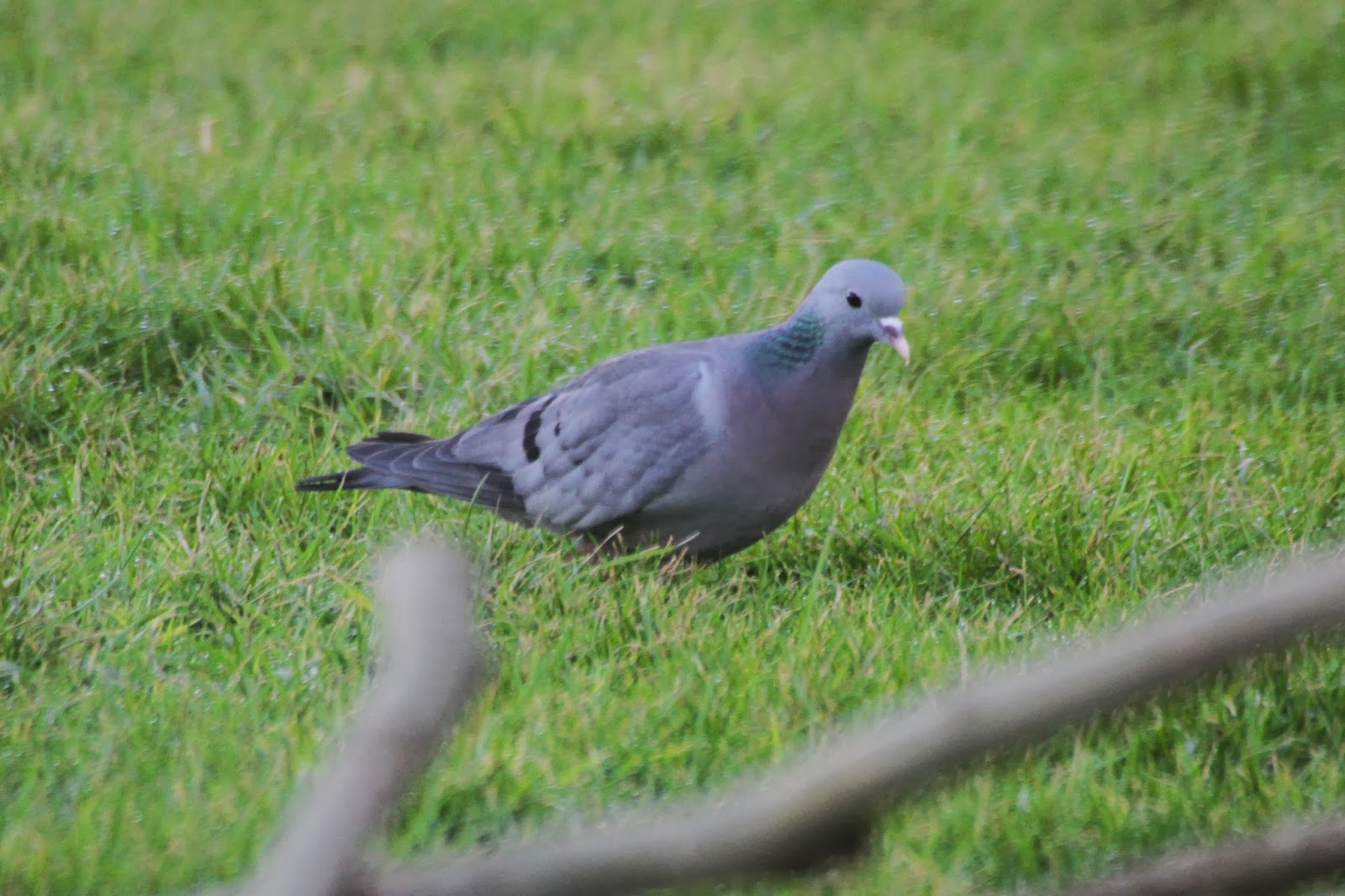 STOCK DOVES
have returned to his garden.
Posted by Bagsy at 06:52