One Swallow Does Not A Summer Make - Aristotle

Another decent day on which it was au revoir, once again, to Portland and Weymouth. A lunch date with Lesley at midday so chance to take a final look around Weston and Easton which, to maximise time, I caught the bus to Tout Quarry and walked back to Barleycrates. Passing the unique 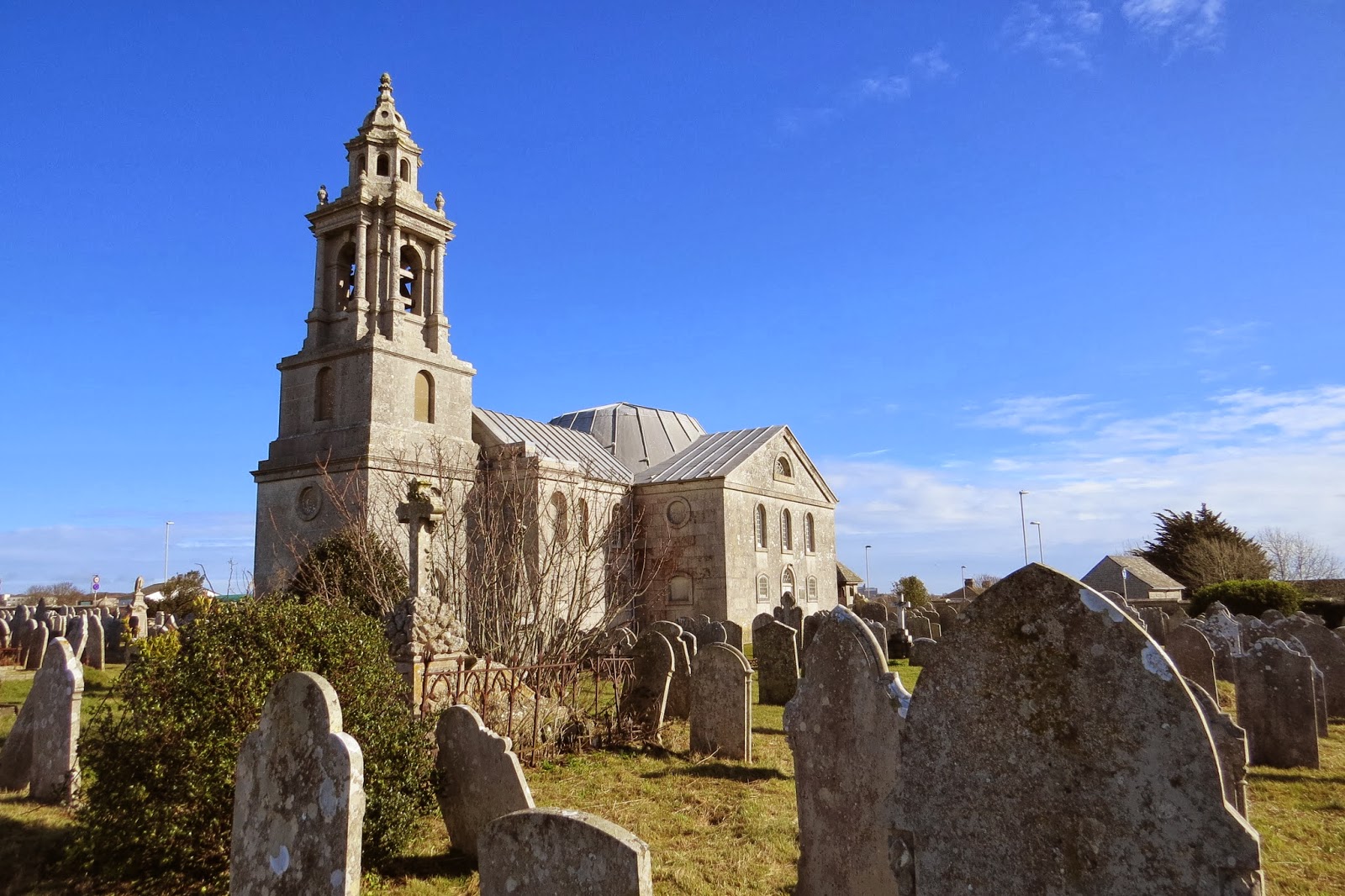 WHEATEAR
(the photograph, adult male, is from the archive as a
representation of exactly what was seen)
So sure that this was not an illusion I got off the bus at the next stop, 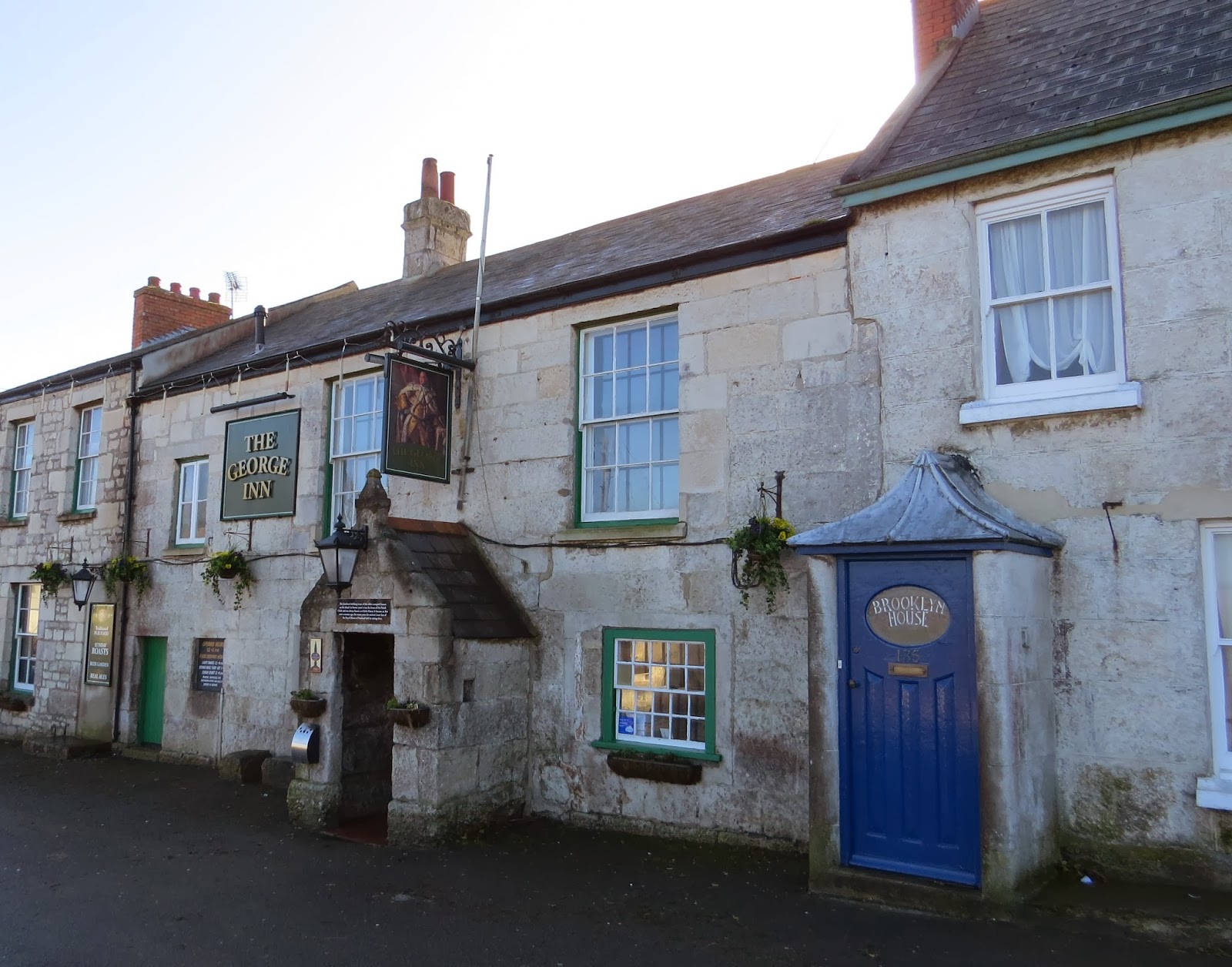 the GEORGE PUBLIC HOUSE
and 'ran' back to the burial ground but it was not relocated.

Regarded as the harbinger of the Spring migrants this species is rarely recorded in February, Green -The Birds of Dorset notes just 7, showing 21/02 to be a particularly early date. A minor mechanical fault with the car allowed time to wander 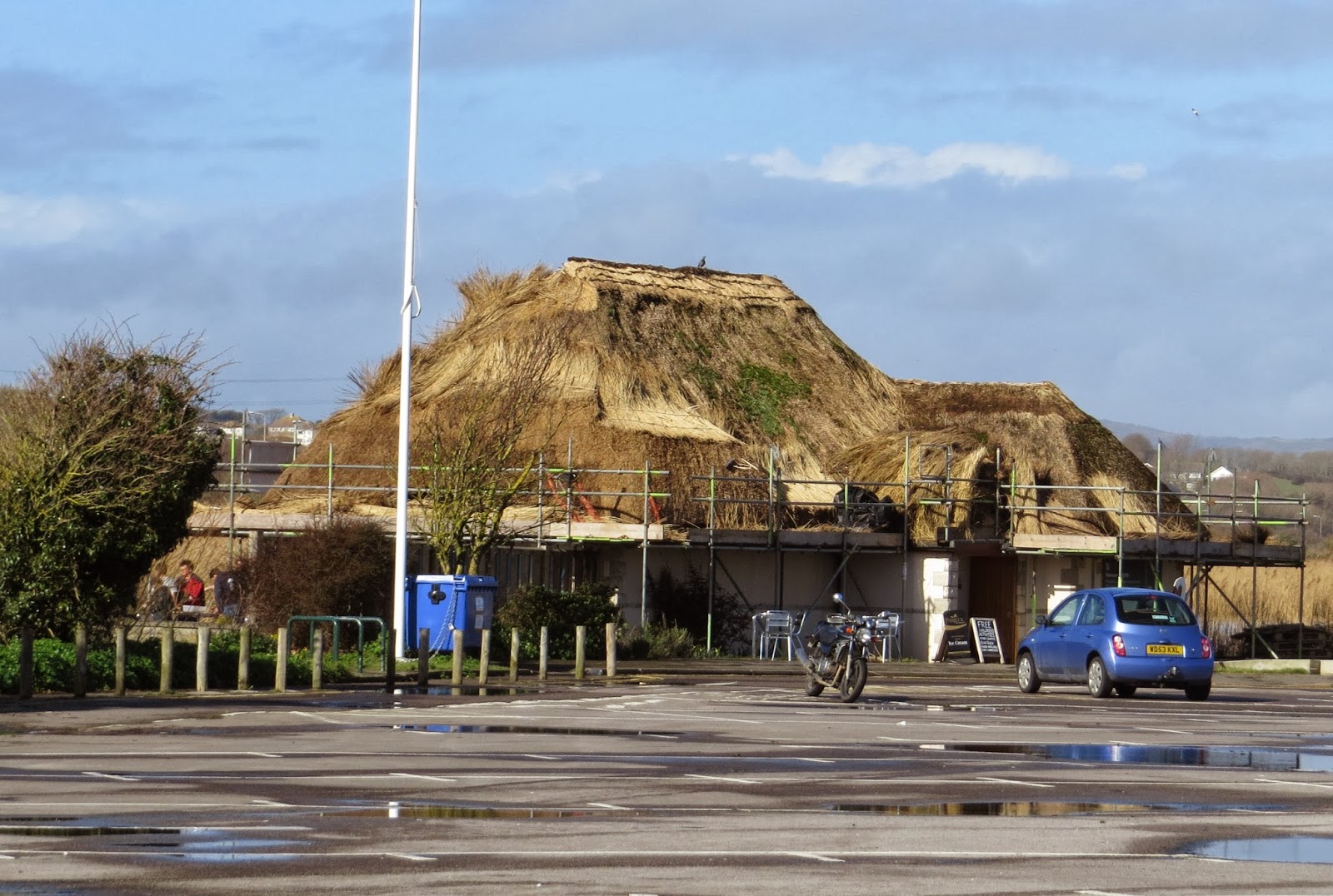 RADIPOLE NATURE RESERVE
where the Visitor's Centre continues to deteriorate into complete shabbiness.

I expect the Royal Society for the Protection of Birds will have some cock-and-bull excuse, such as the weather, while 'thatching' continues elsewhere in the County, and it most certainly cannot be due to lack of funds why we have to suffer this eye-sore. They are mandate by the terms of the 99 year lease and £1.00 annual 'peppercorn rent' to keep such things in good order which doesn't only reflect badly on themselves, but also on the town of Weymouth! The length of seeming 'abandonment' (months) may be judged by the extent of green growth on the reed. A far brighter sight was this 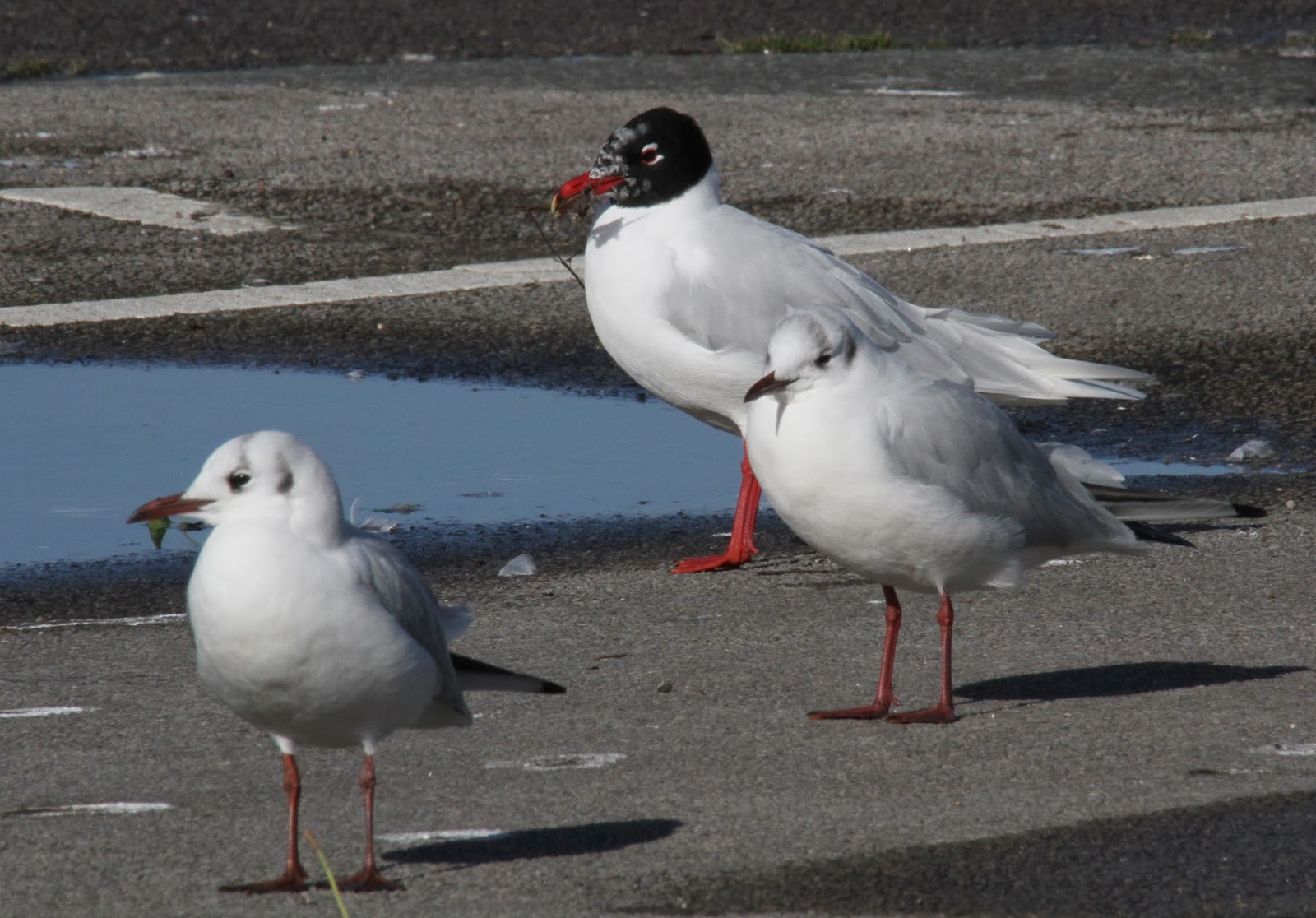 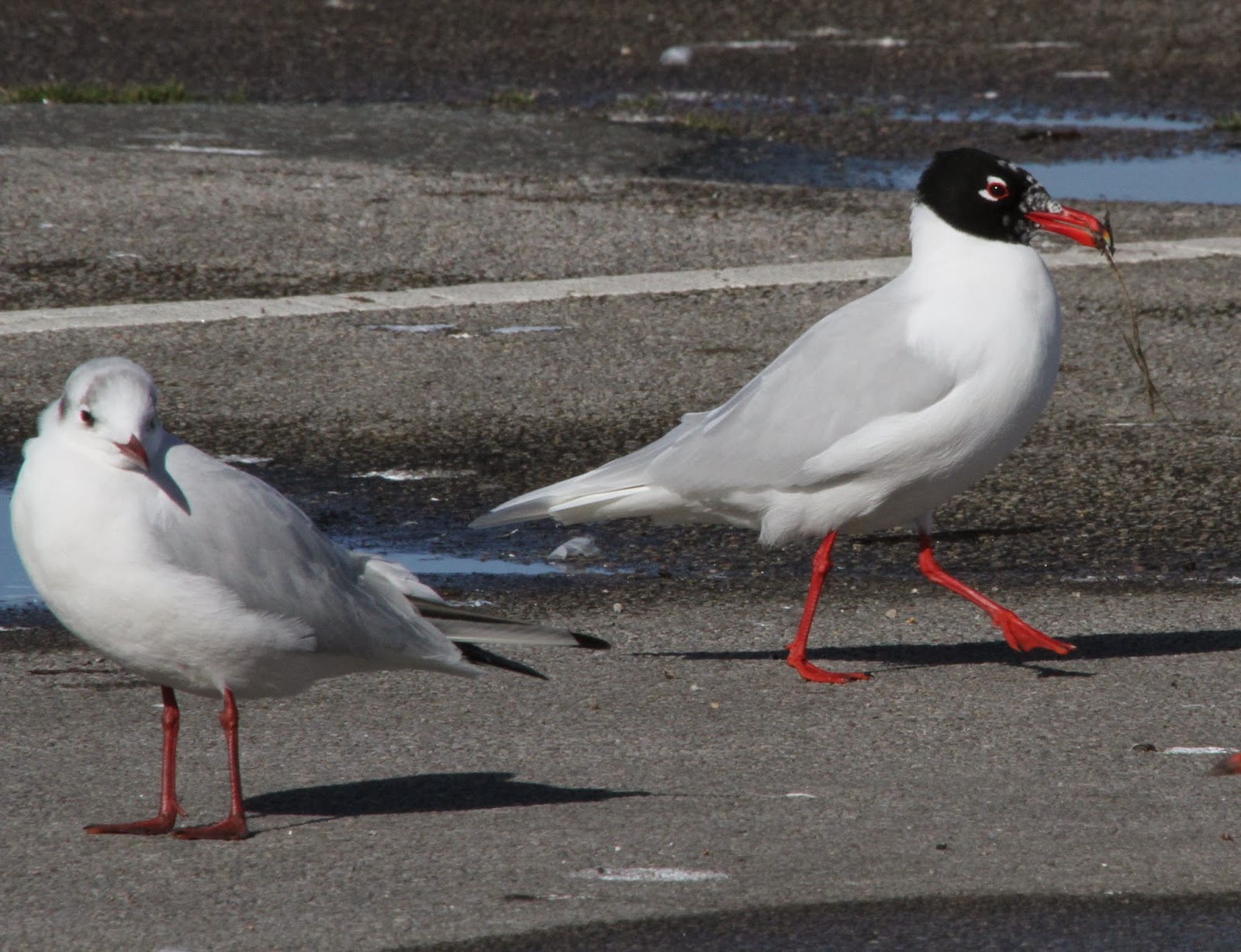 among the largish flock of mixed Gulls on the Car Park. 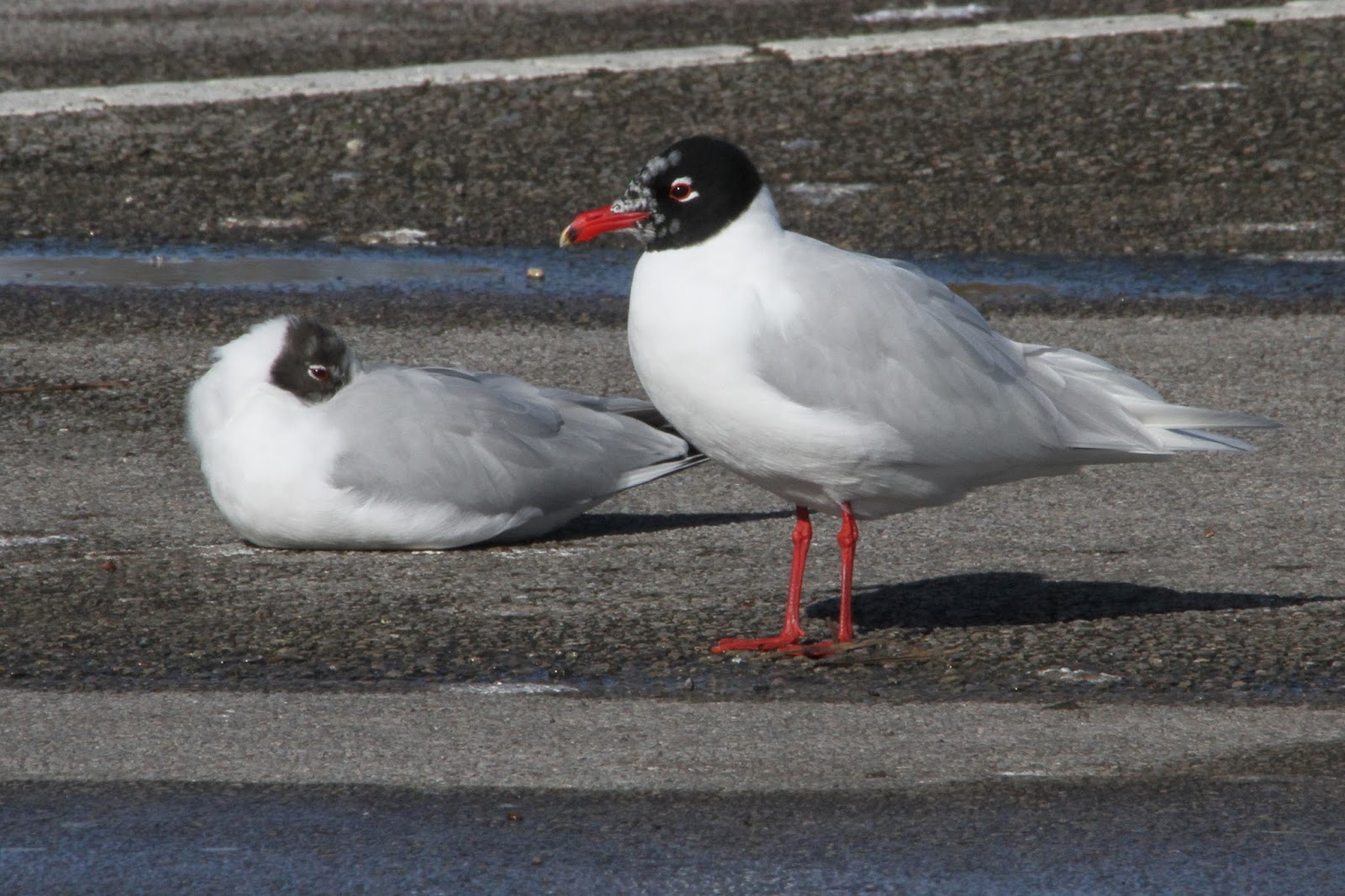 Despite the time of year it is already in full
Adult Breeding Plumage. 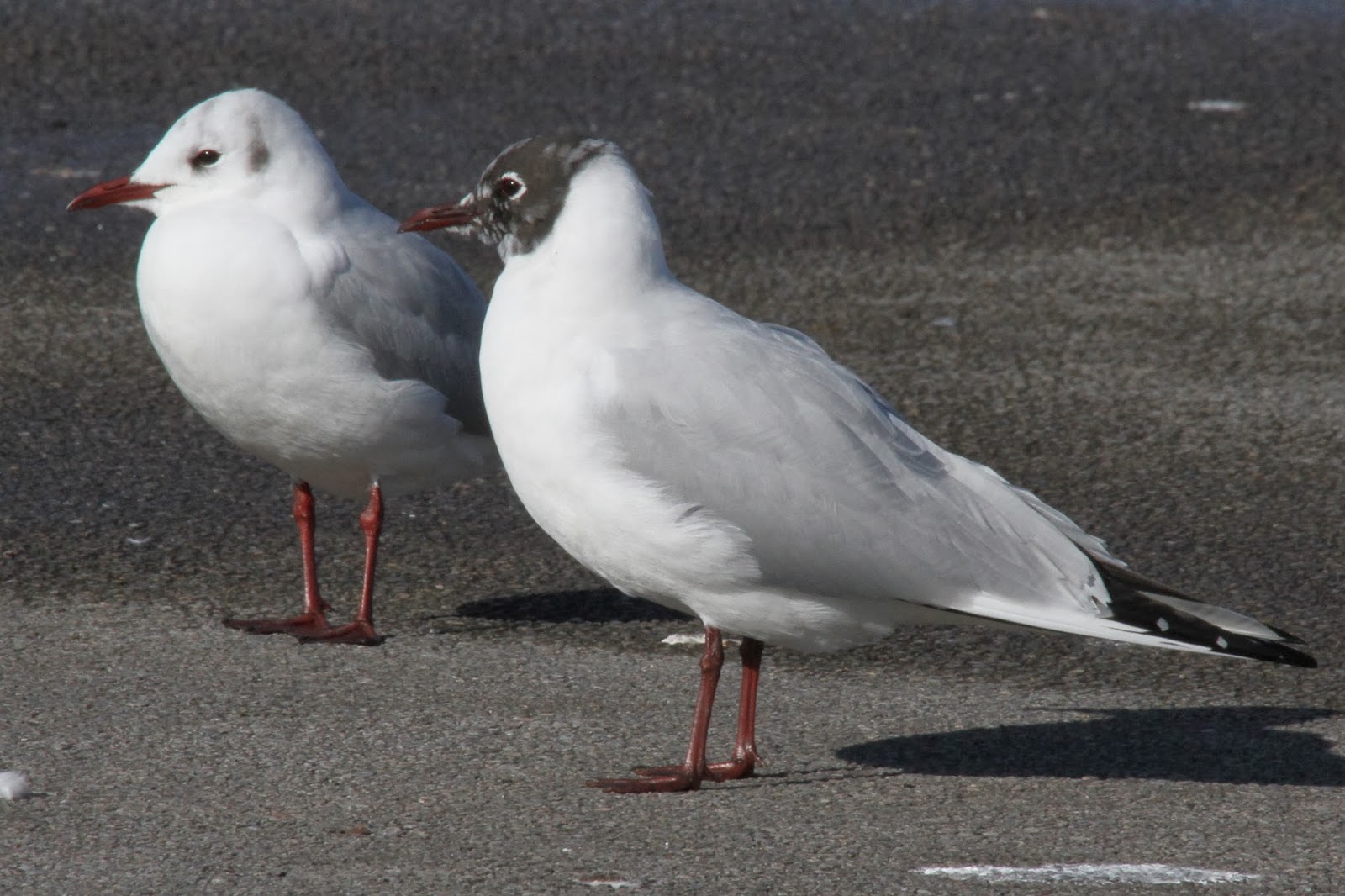 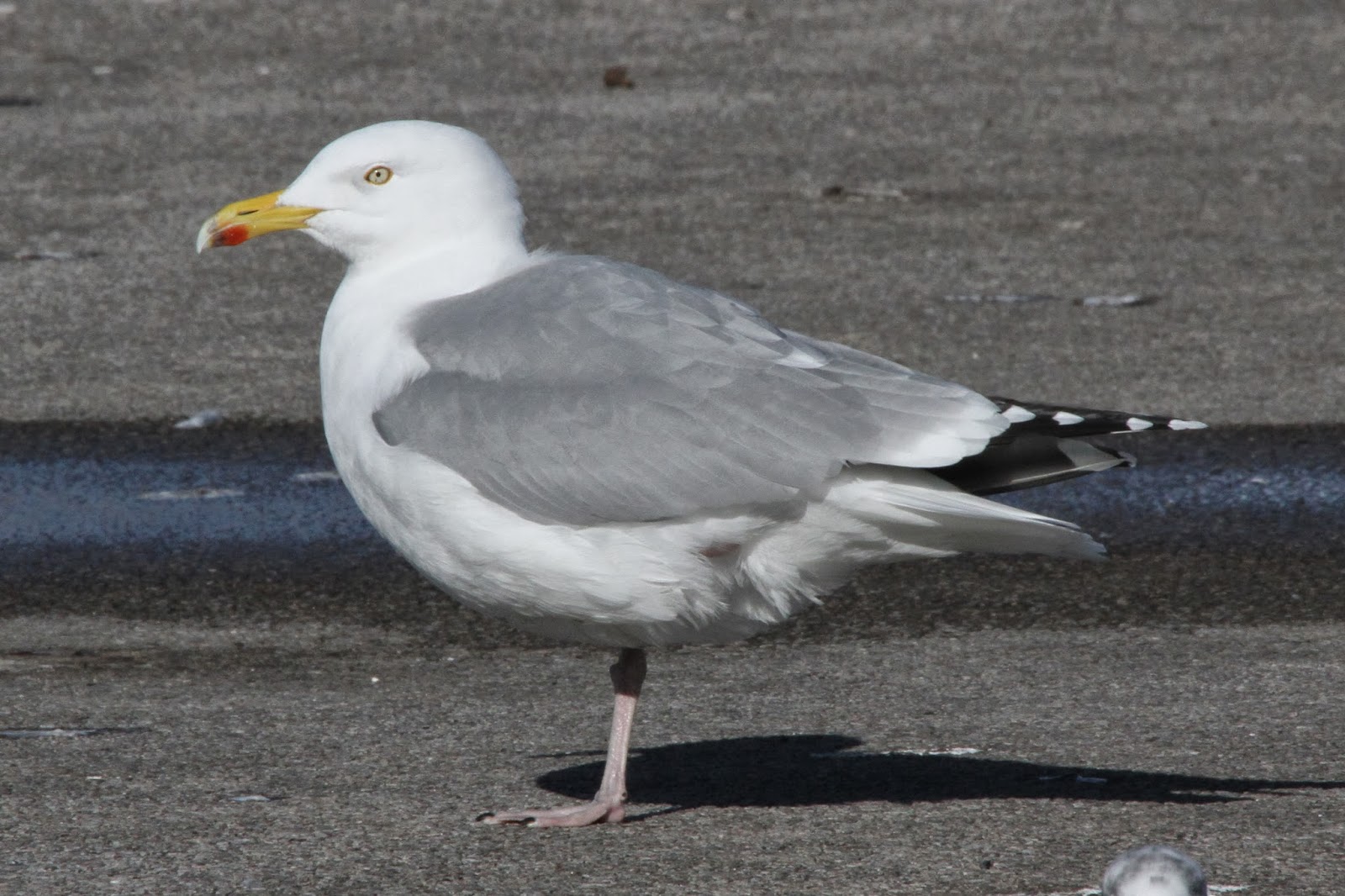 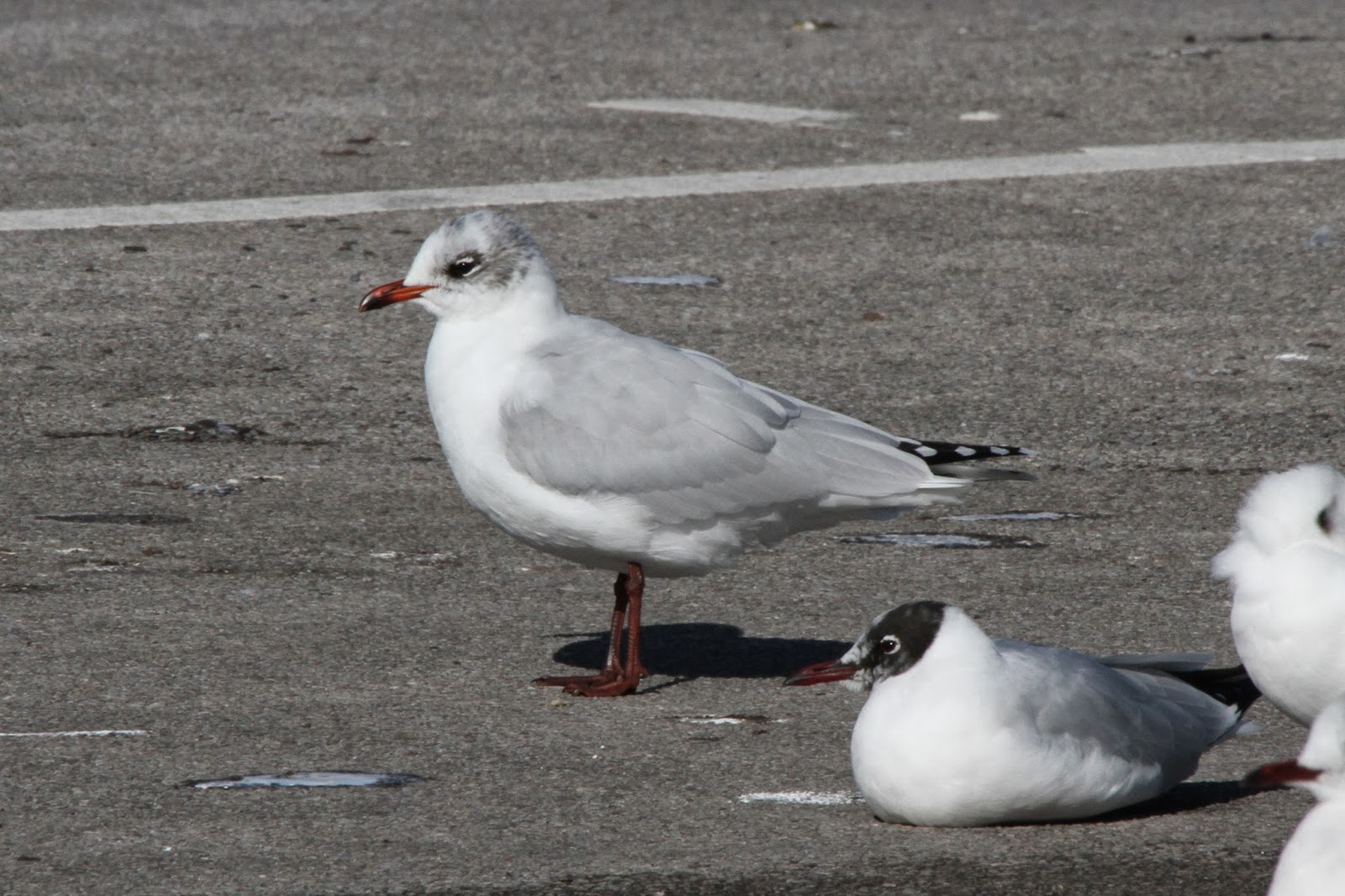 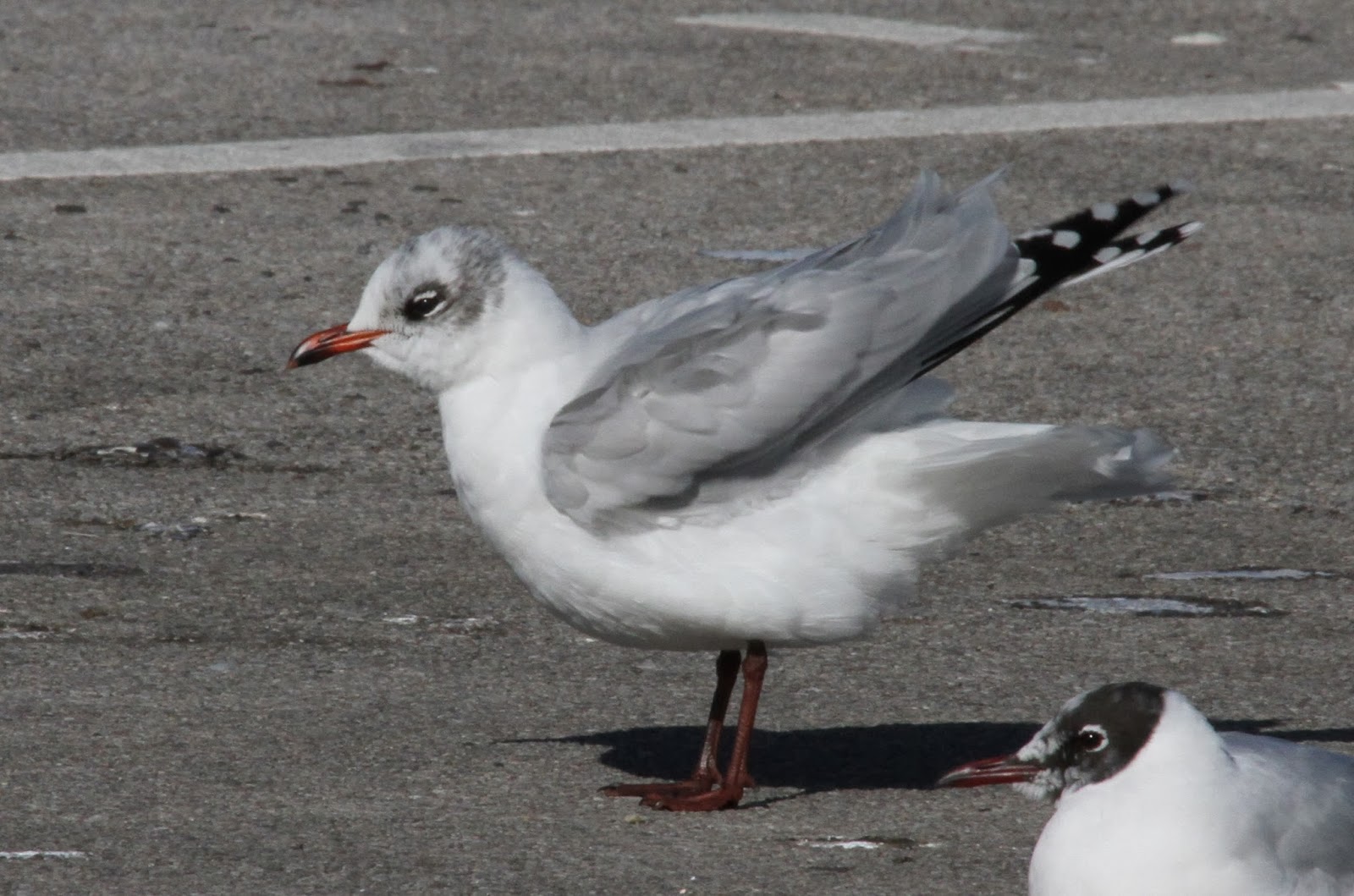 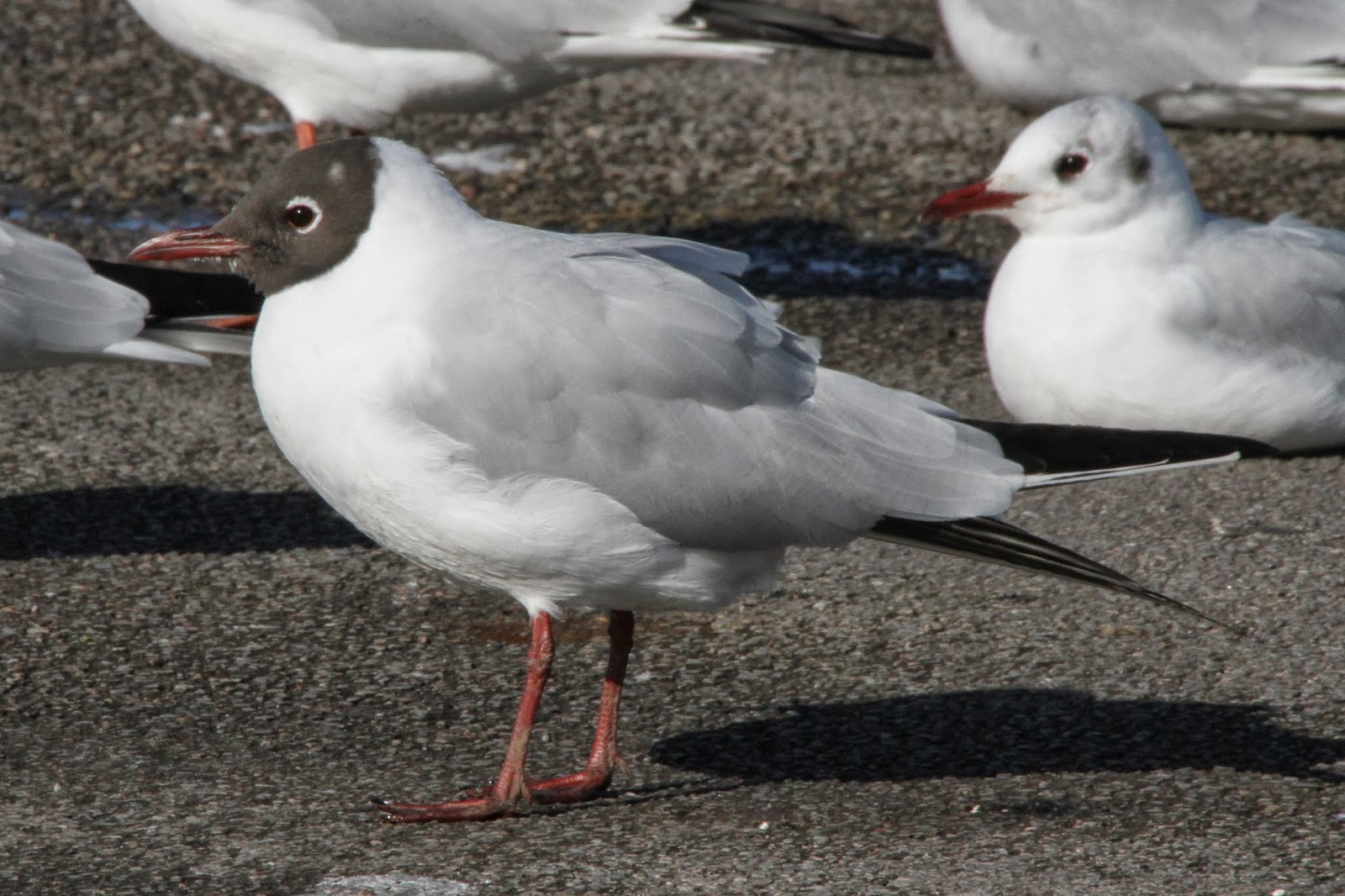 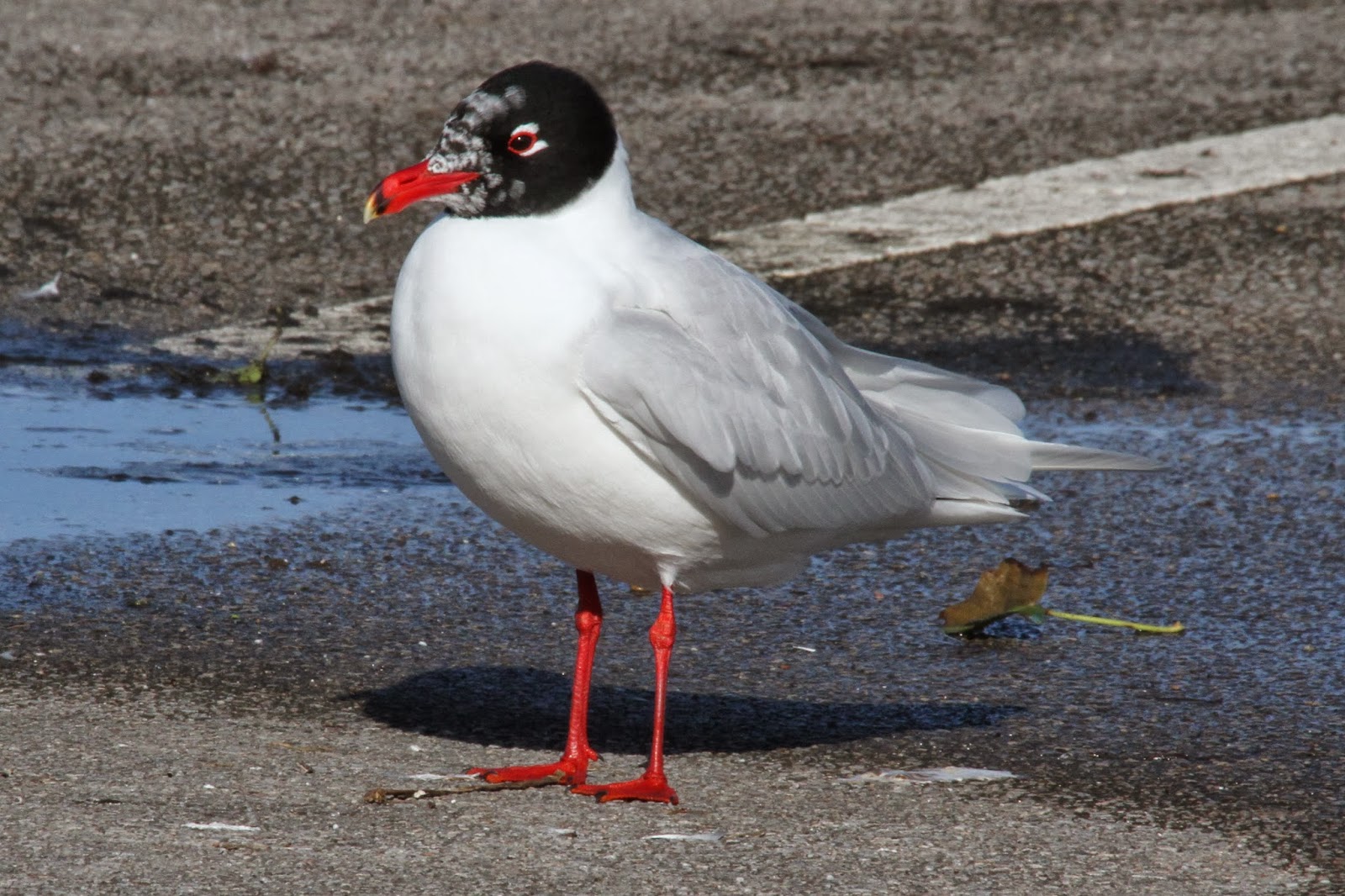 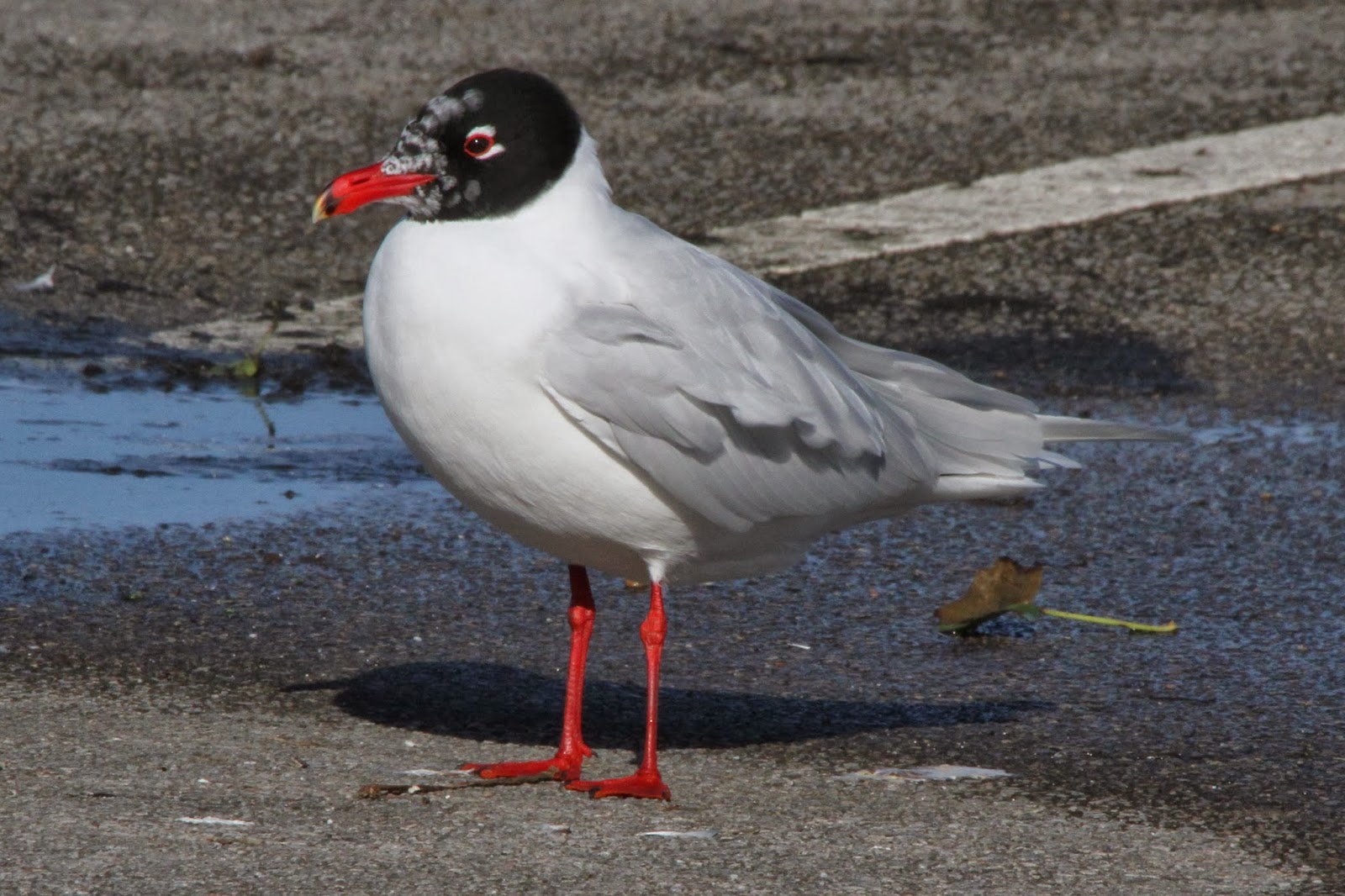 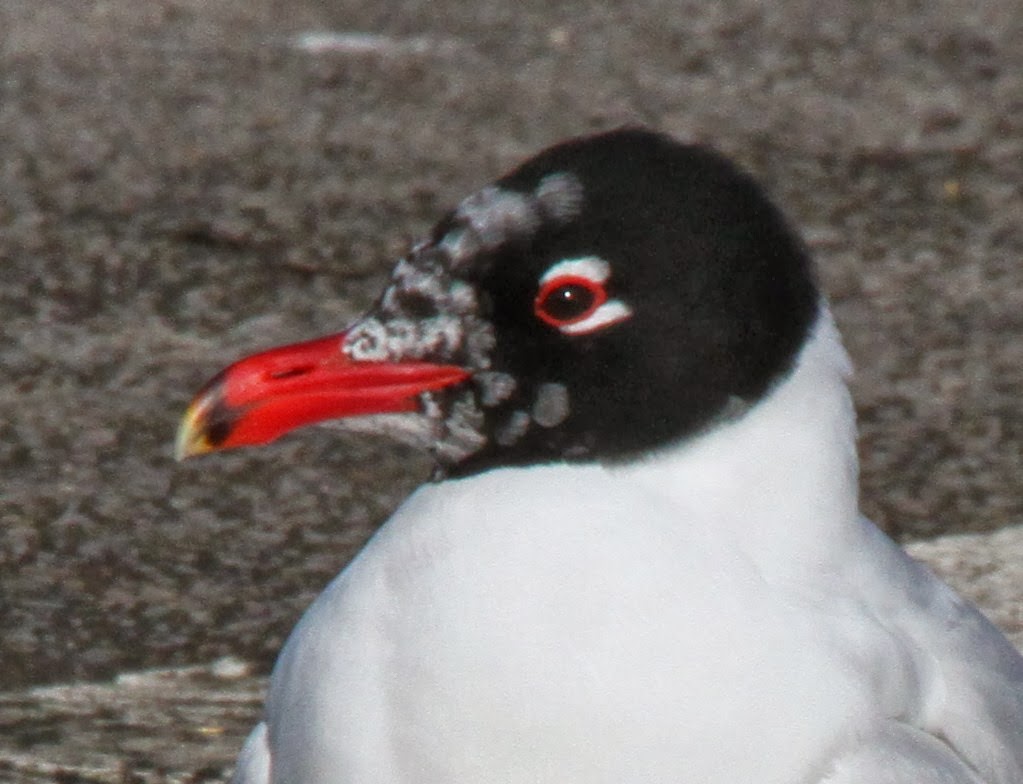 and couldn't resist Posting a couple more shots of this
extremely handsome creature! 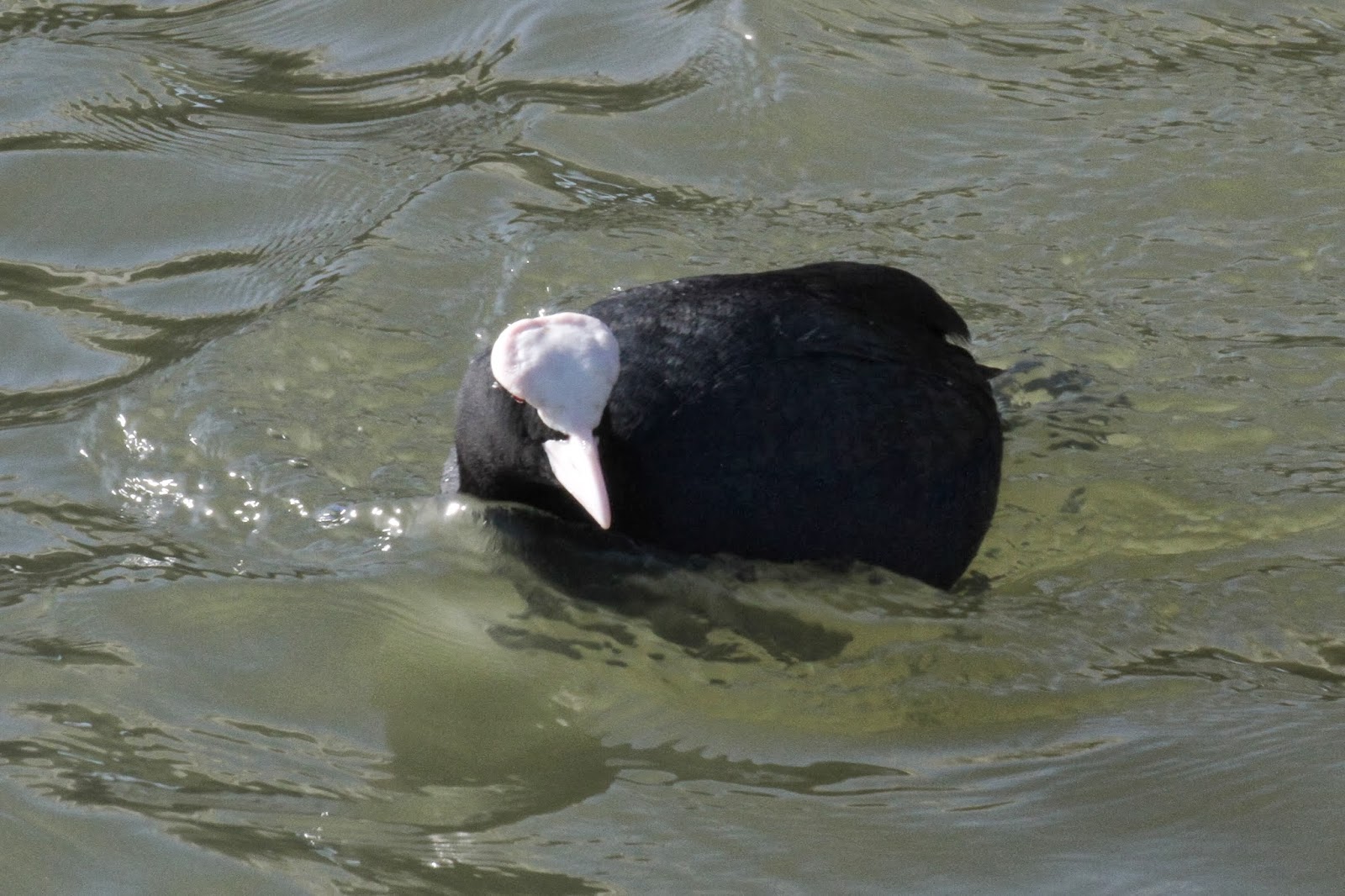 COOT
with the largest 'shield' I have ever seen.
Is this a 'breeding' thing - comments please. 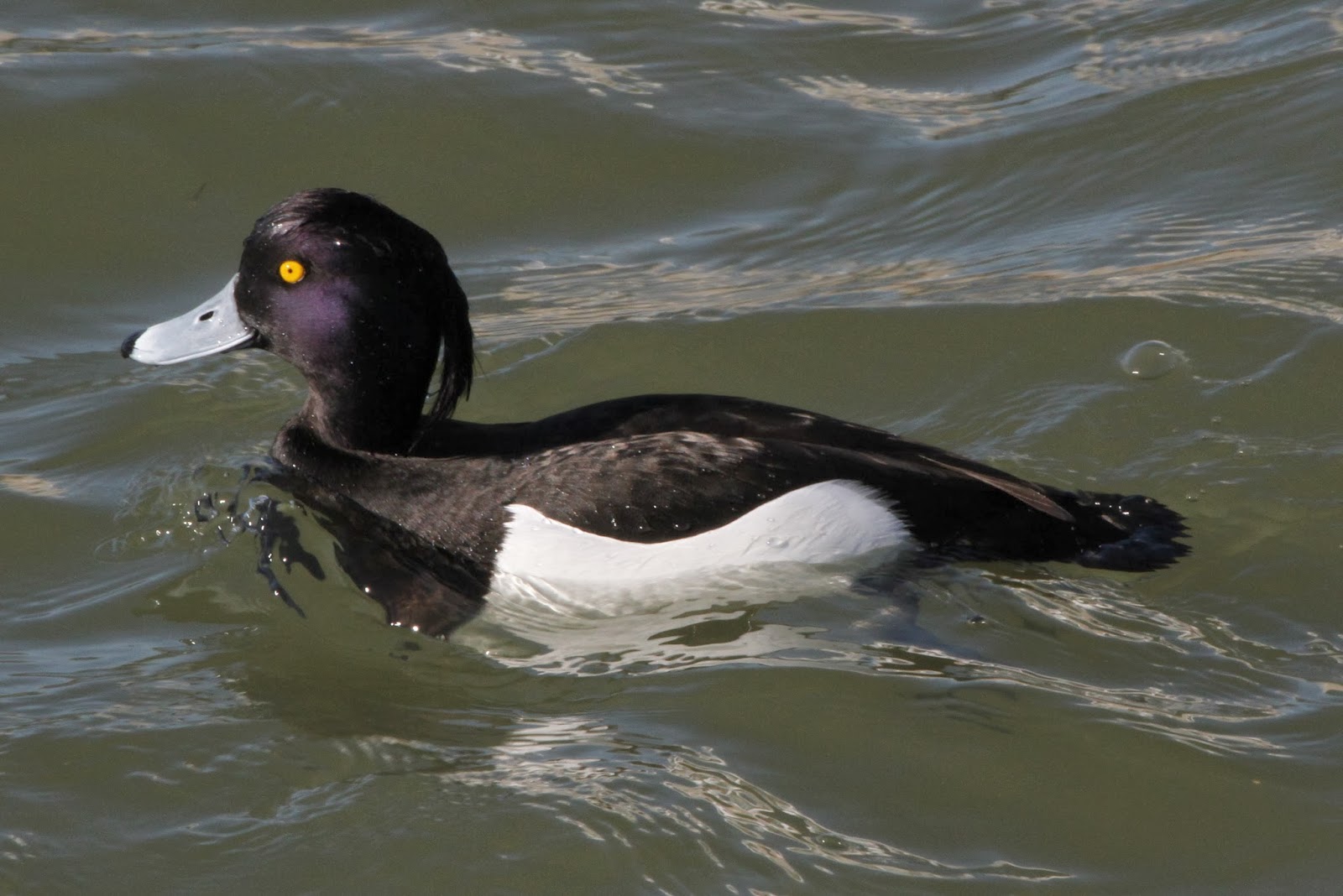 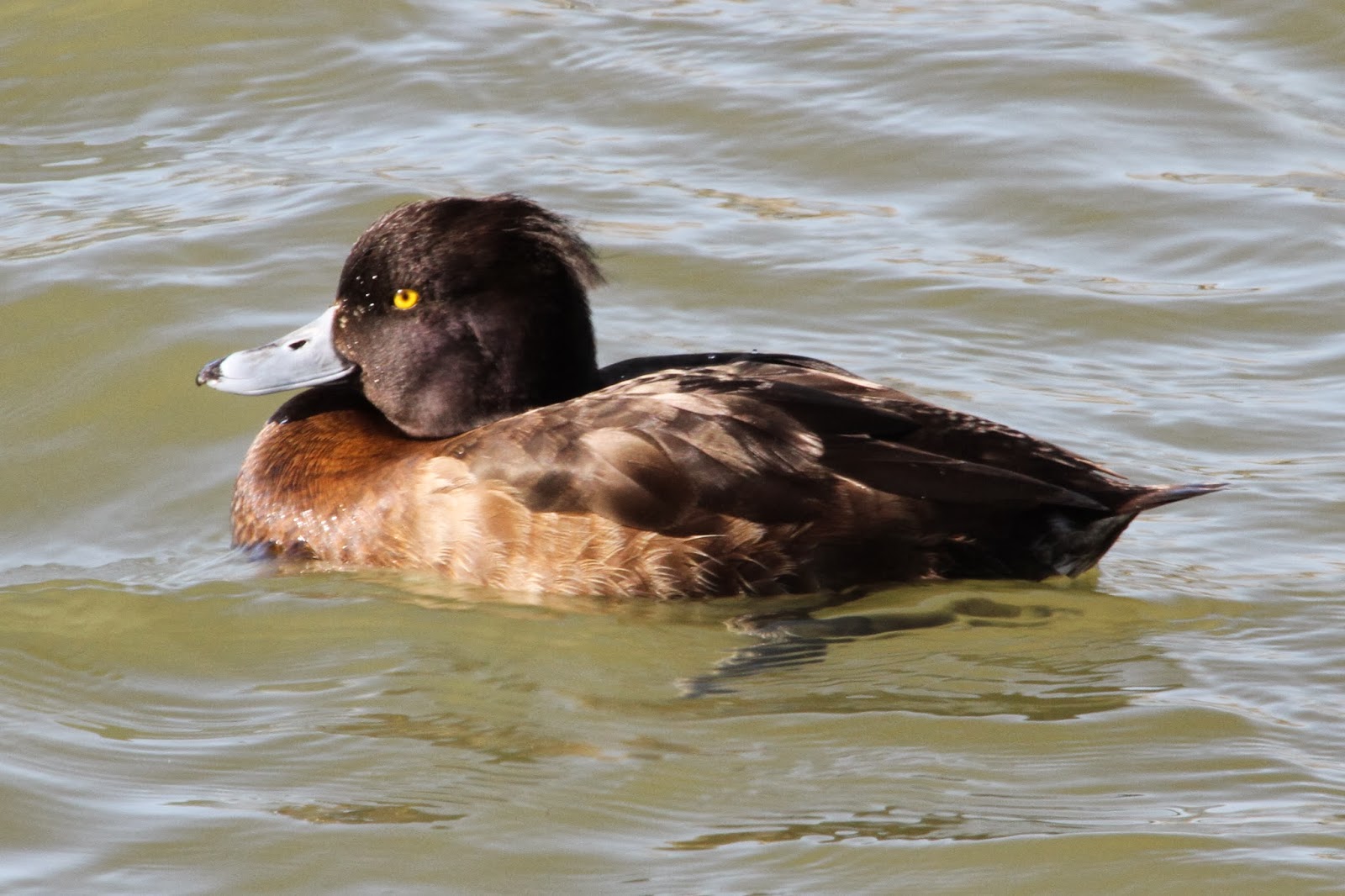 female TUFTED DUCK
and no sign of the Hooded Merganser. 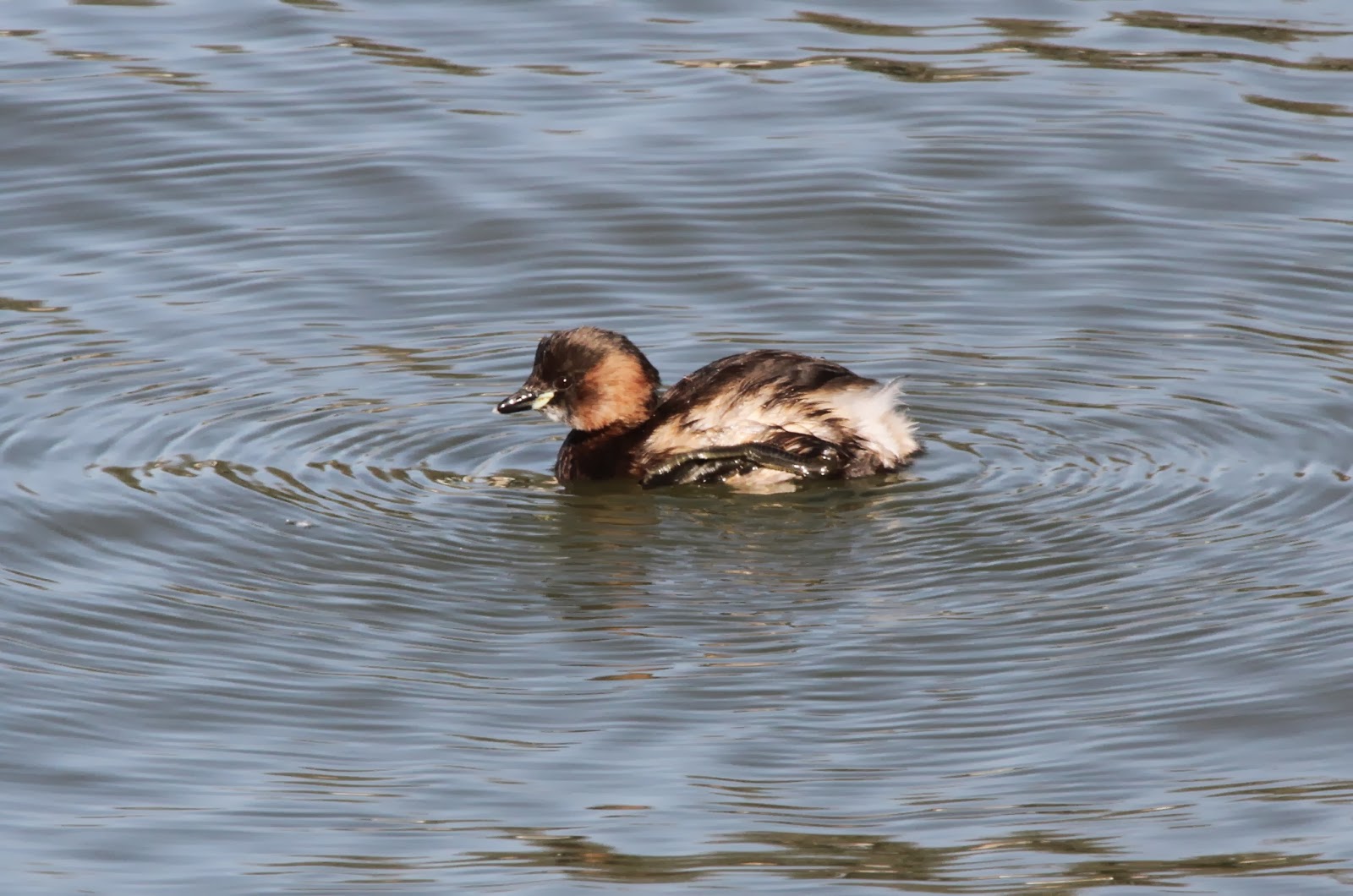 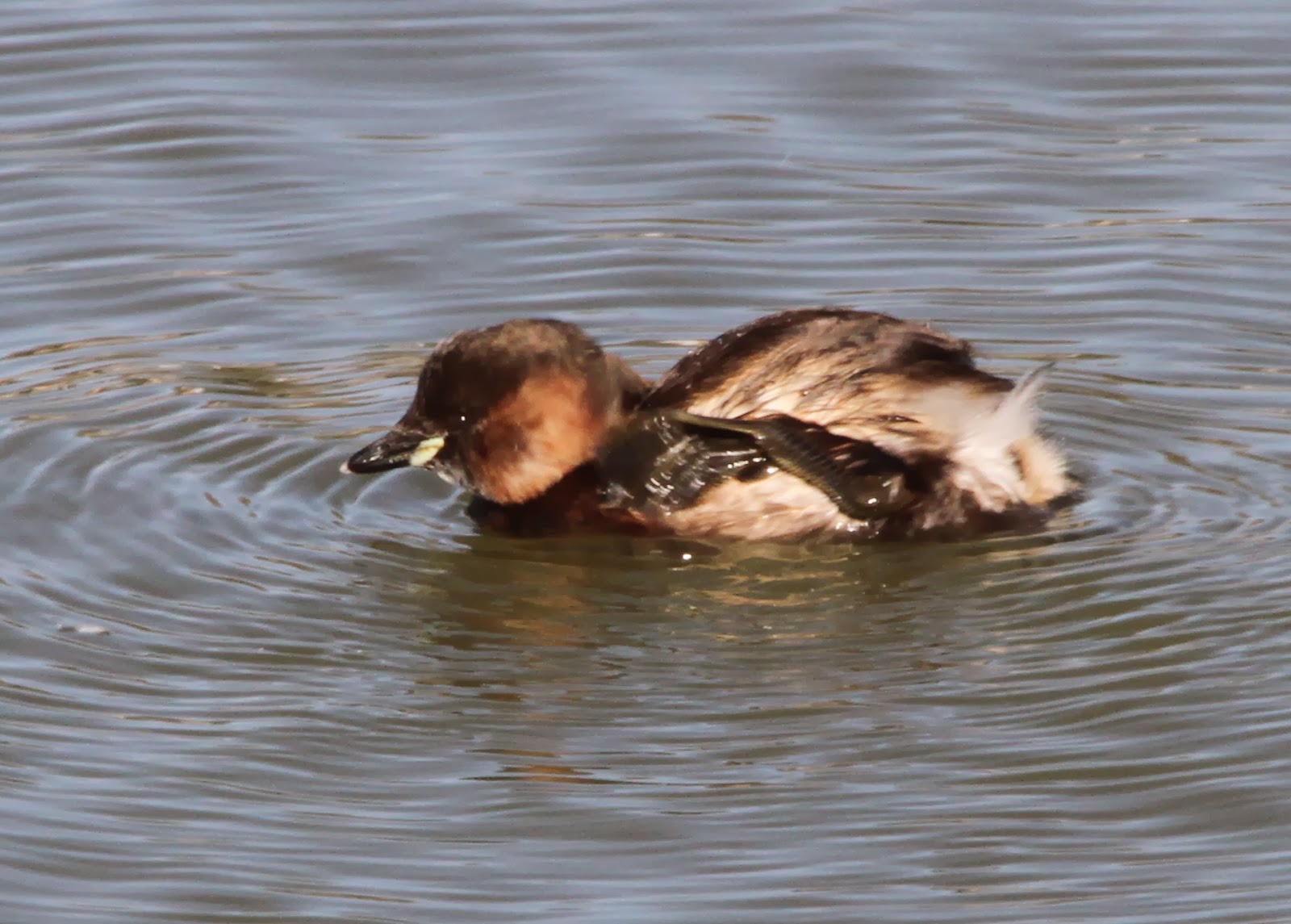 LITTLE GREBE
I did try scratching my nape with my foot? 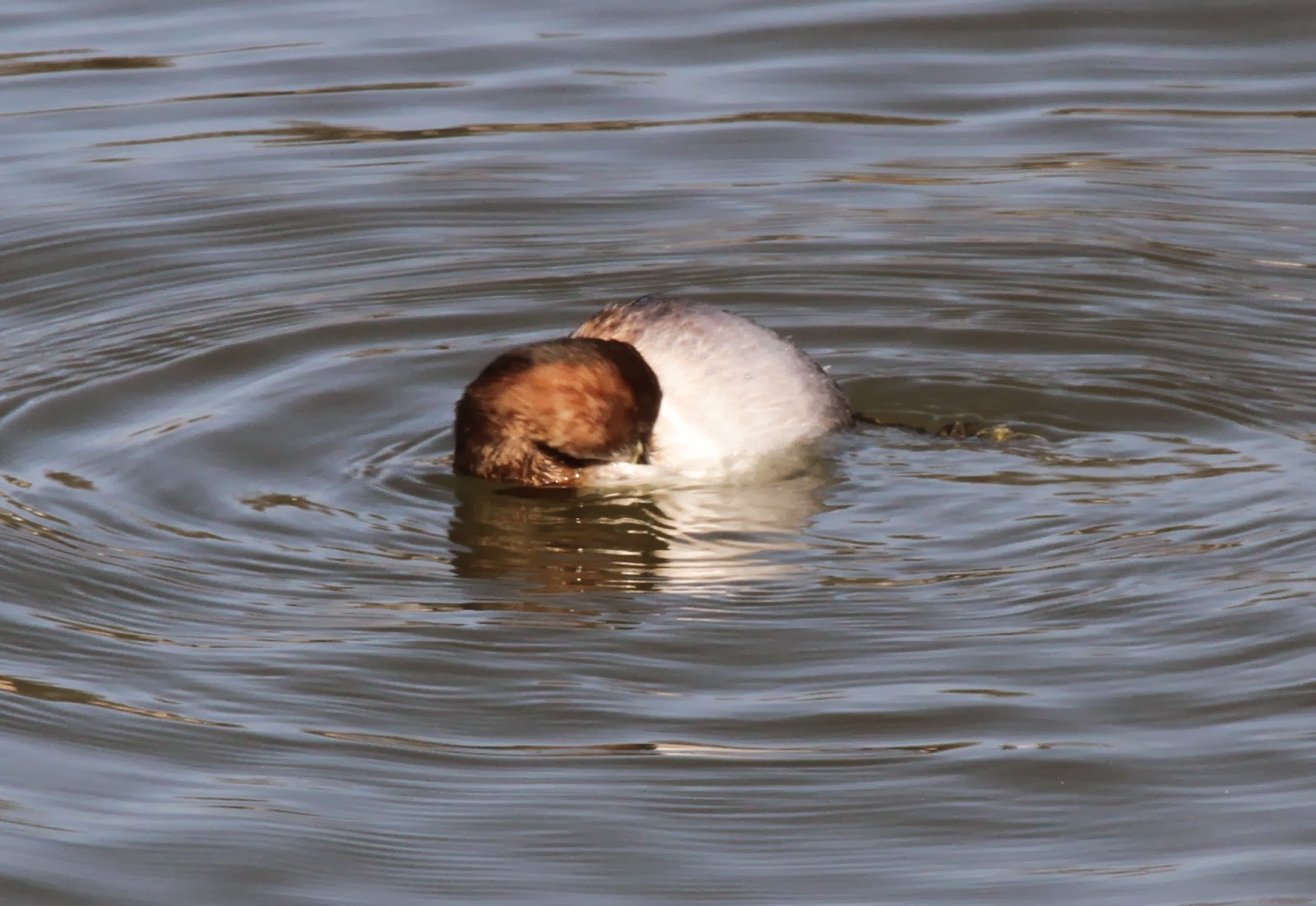 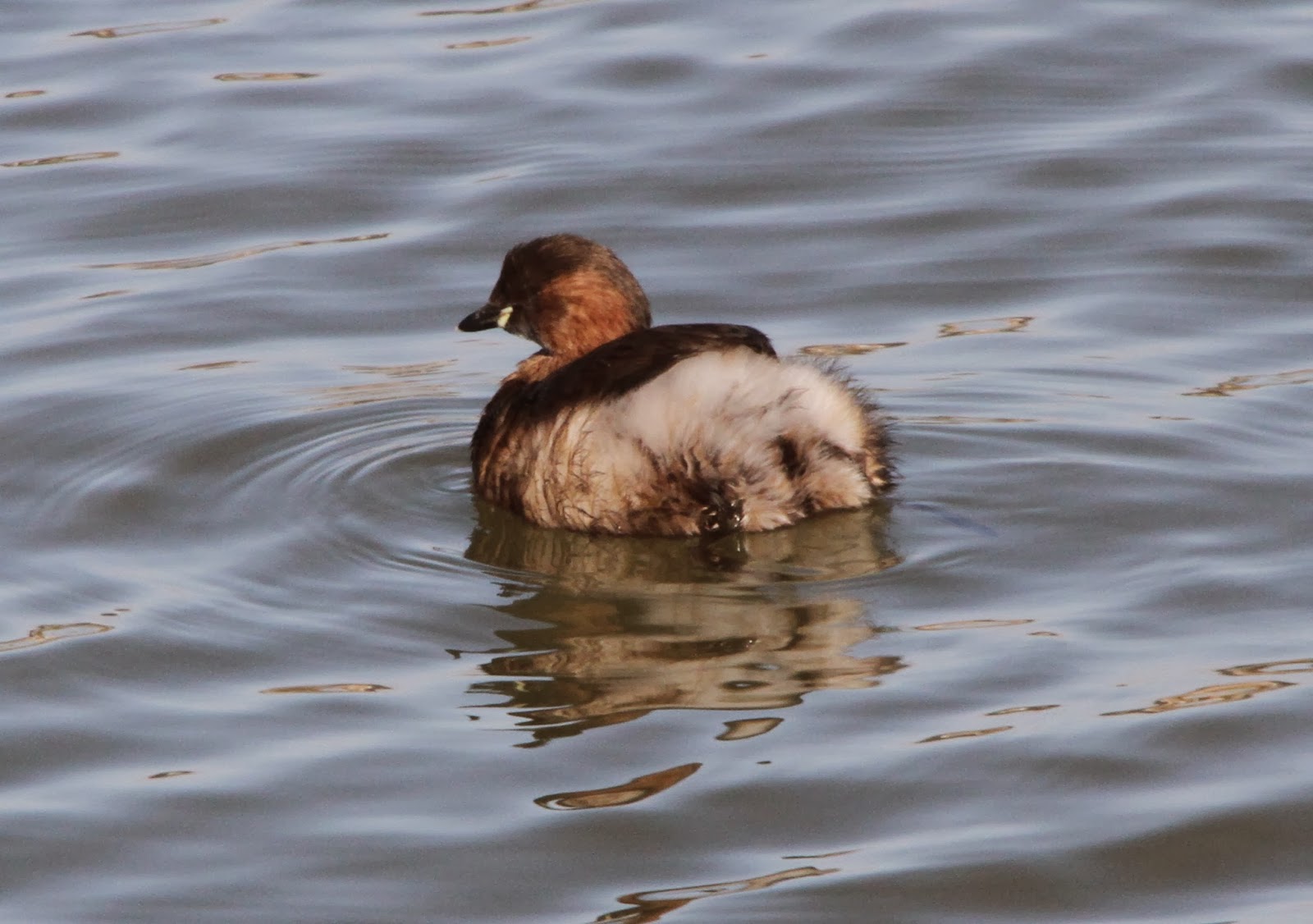 and a view from astern.