Wednesday 5th February 2014 and Thursday 6th February 2014
With continuous heavy rain and high winds throughout both days it's not surprising my only venture outside of the house was to replenish the bird feeders. The time however was put to good use with photograph editing, from various trips, a long overdue chore. To name but a few, the 3000+ images taken on the 2008 North American Sub-Continent Tour taking in 24 main Ports of Call including, the Nevada Dessert, Baja, Yosemite National Park, Seattle and Vancouver, the Alaska Highway and Barrow in Northern Alaska were finally committed to the vaults. During this process I was inspired to select a few for your delectation which will be published in due course. In the meantime, given the impending weather, here are a few shots as a reminder that the continuing foul weather is not unique as such a storm was recorded on Chesil Beach back in 2009. 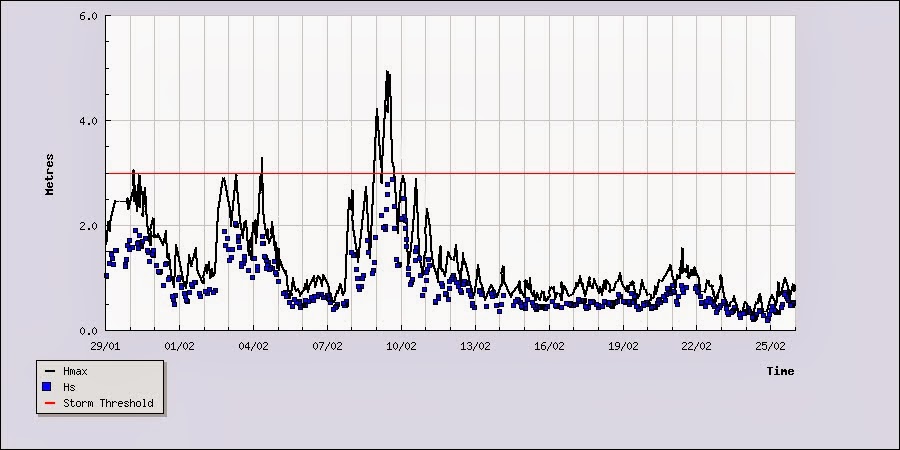 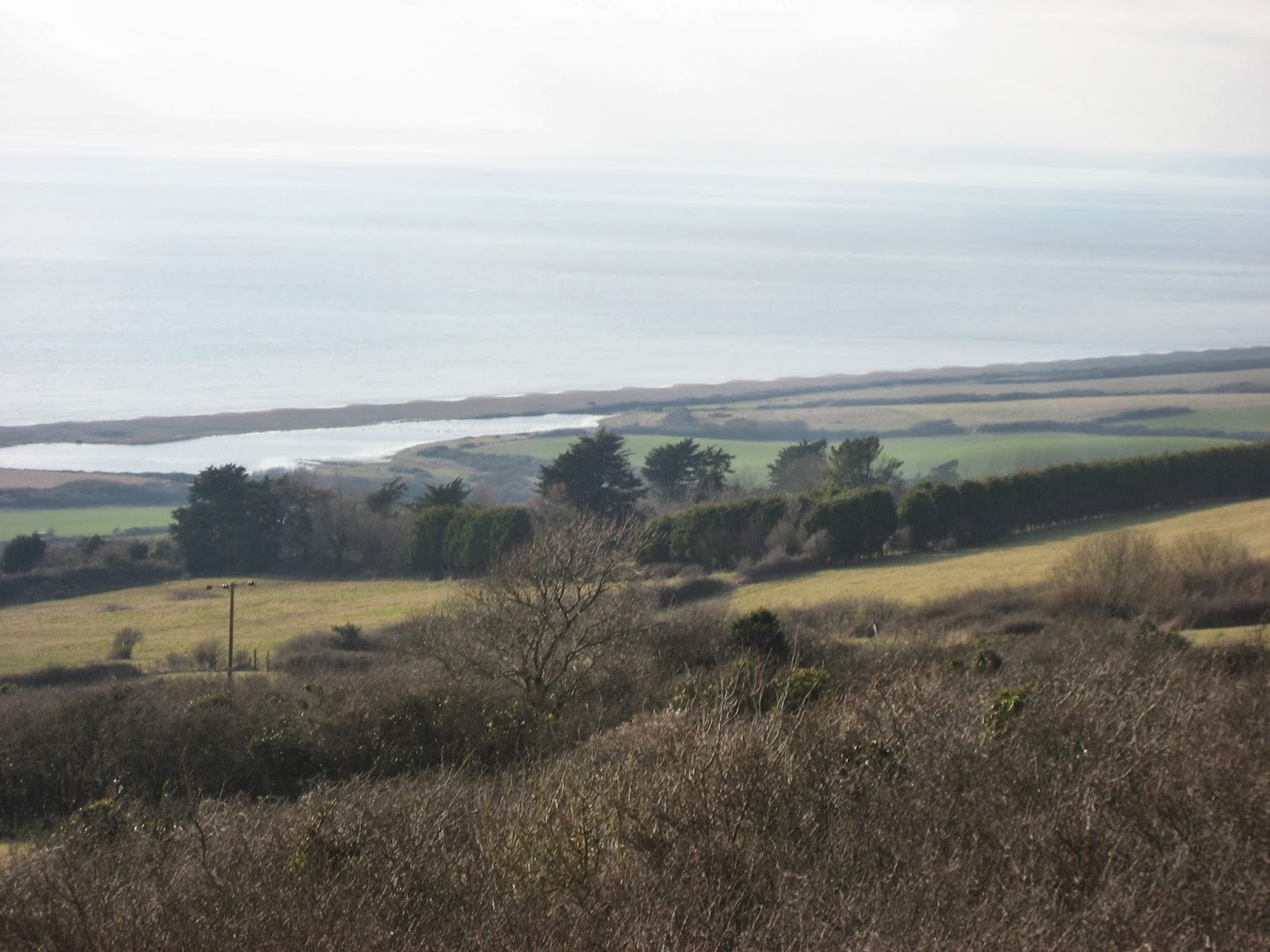 Unusual ridges of pebbles along the length of Chesil Beach 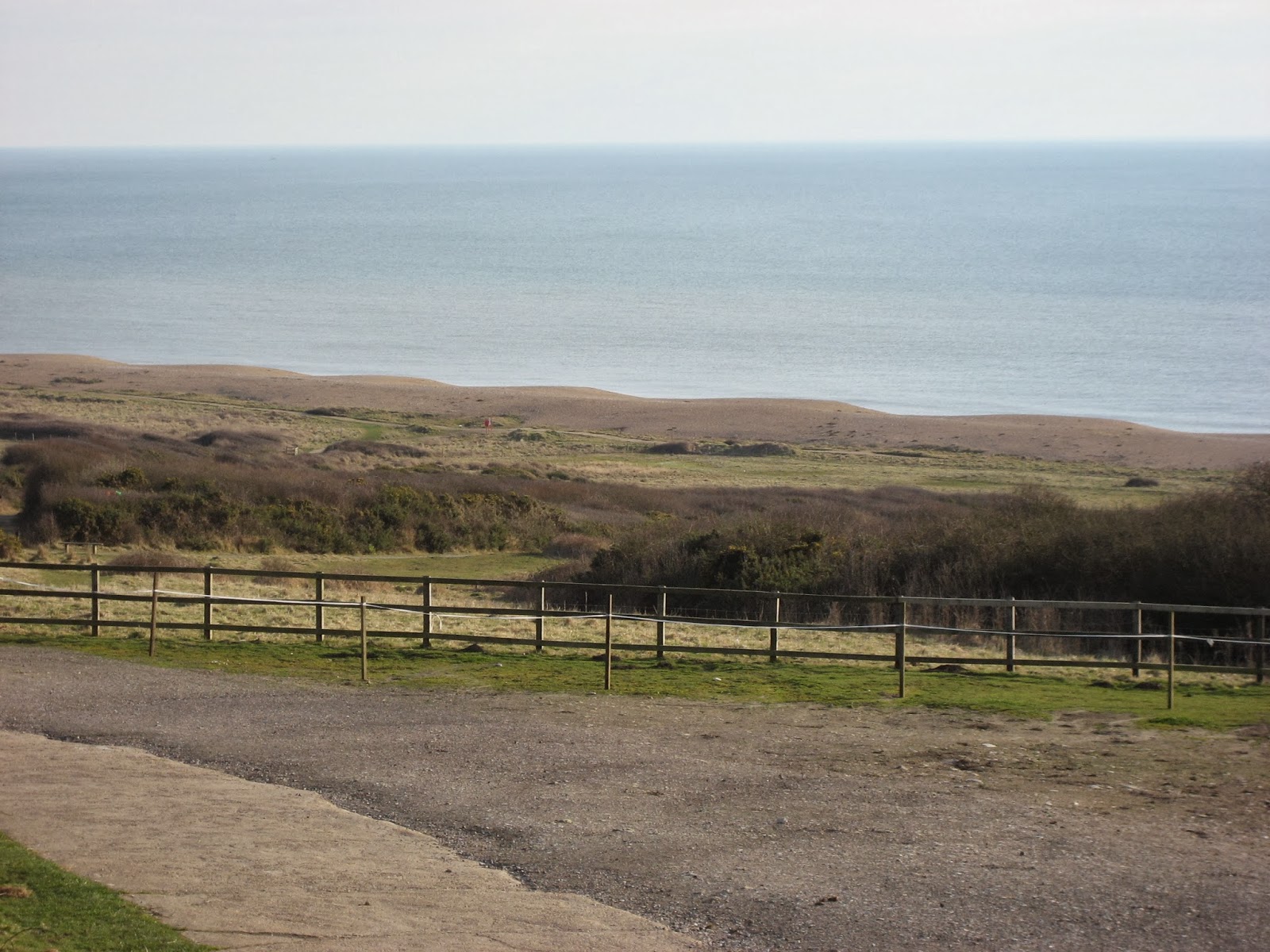 that are believed to be called 'cusps'? 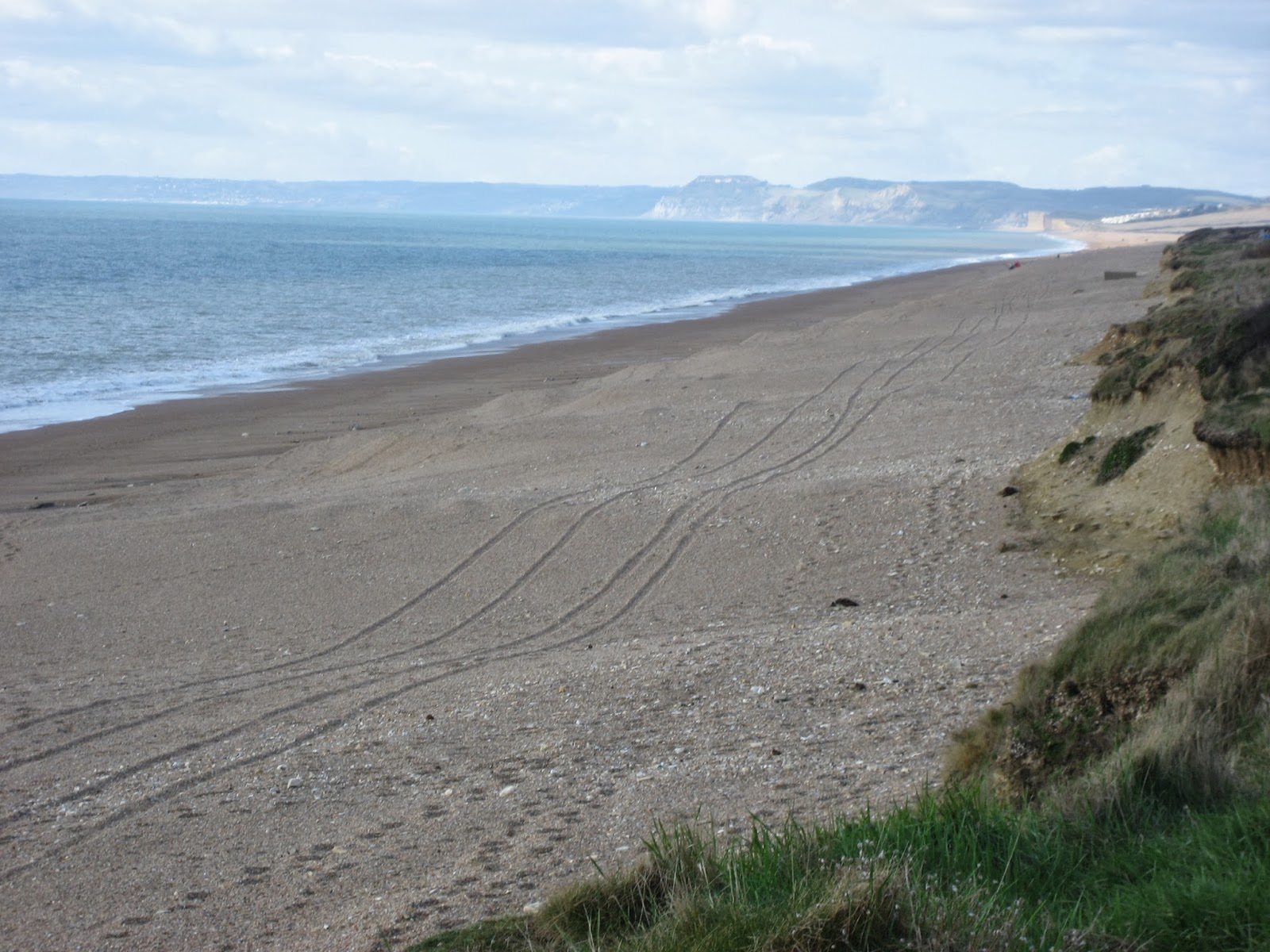 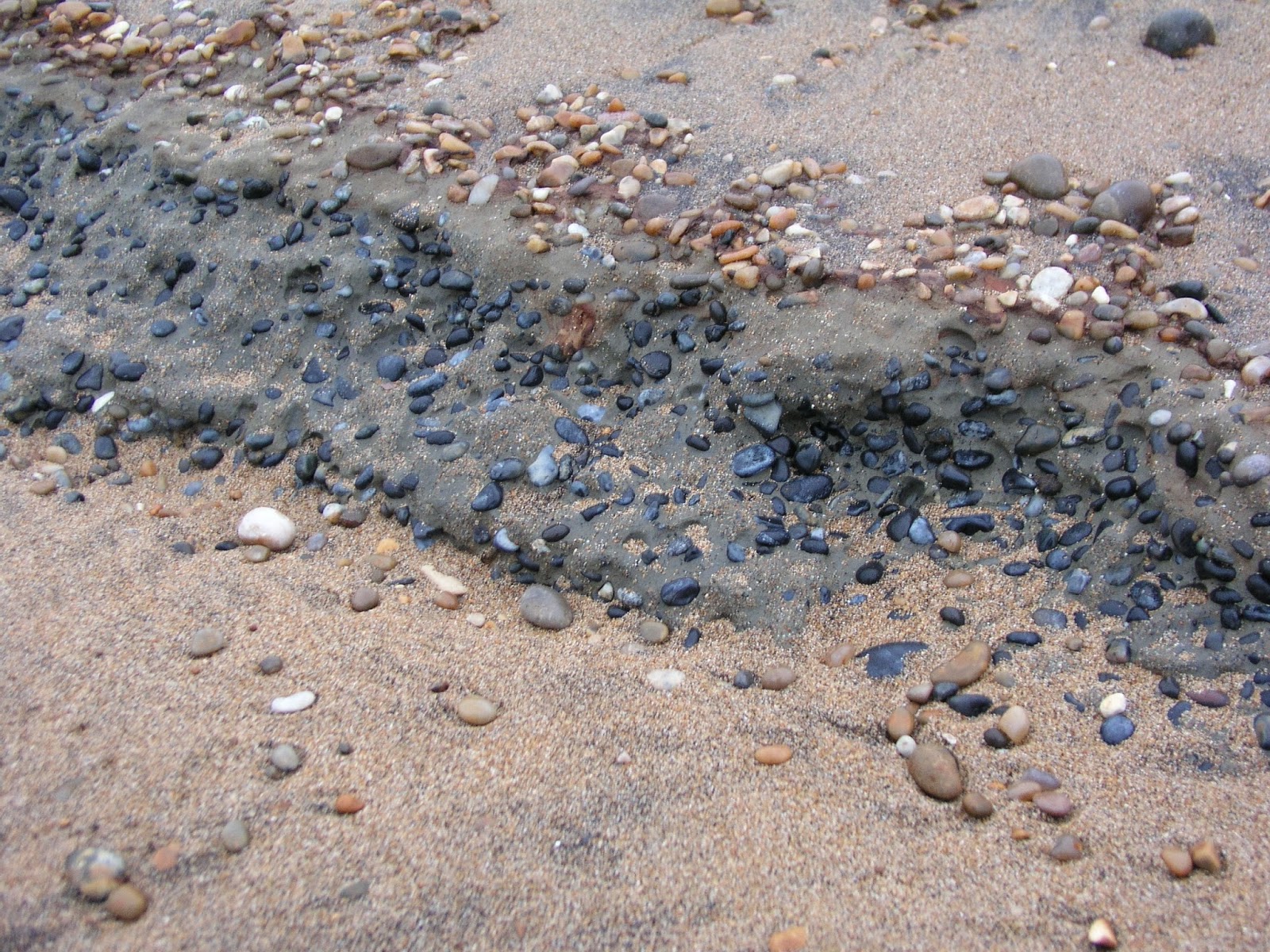 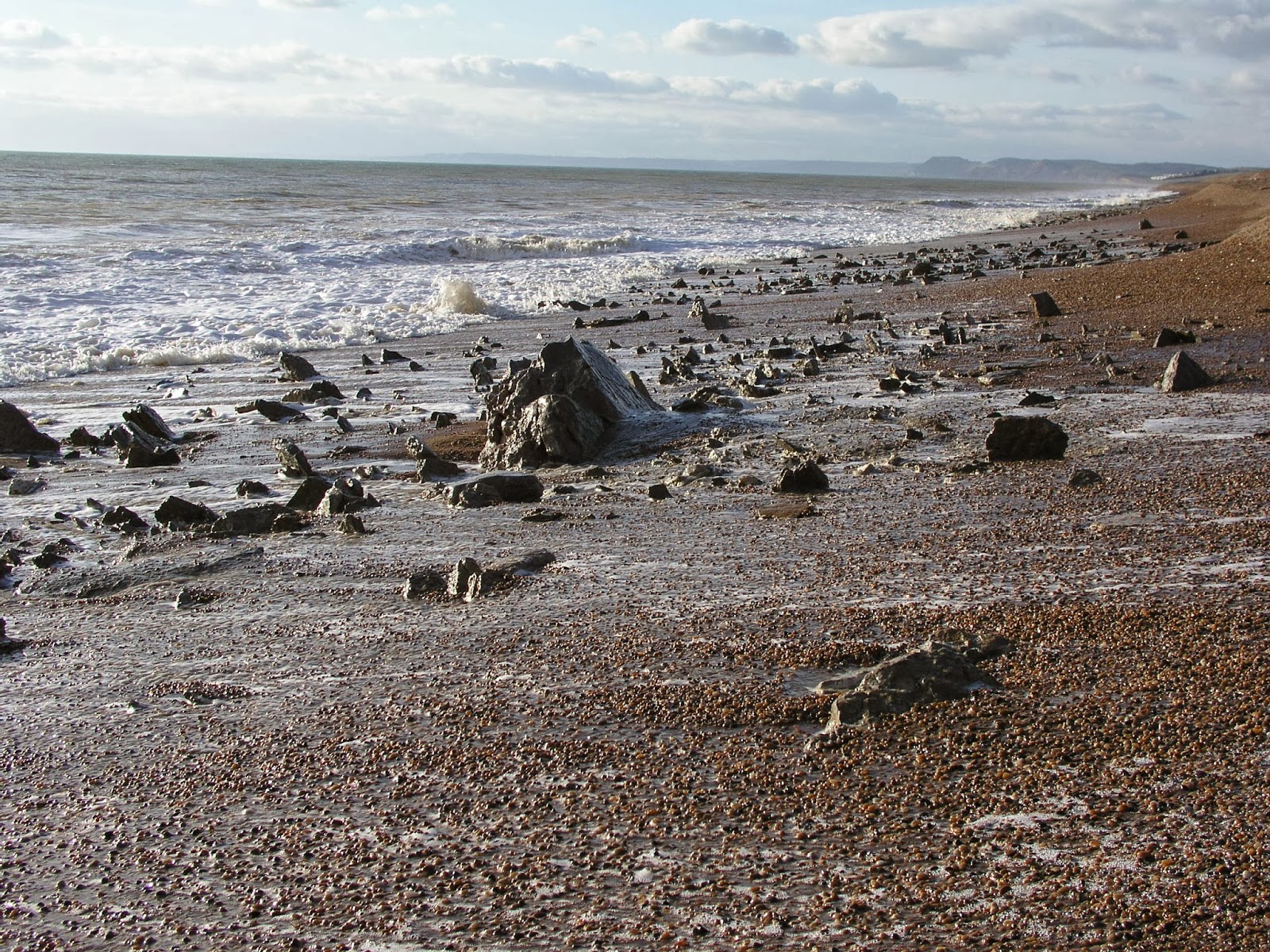 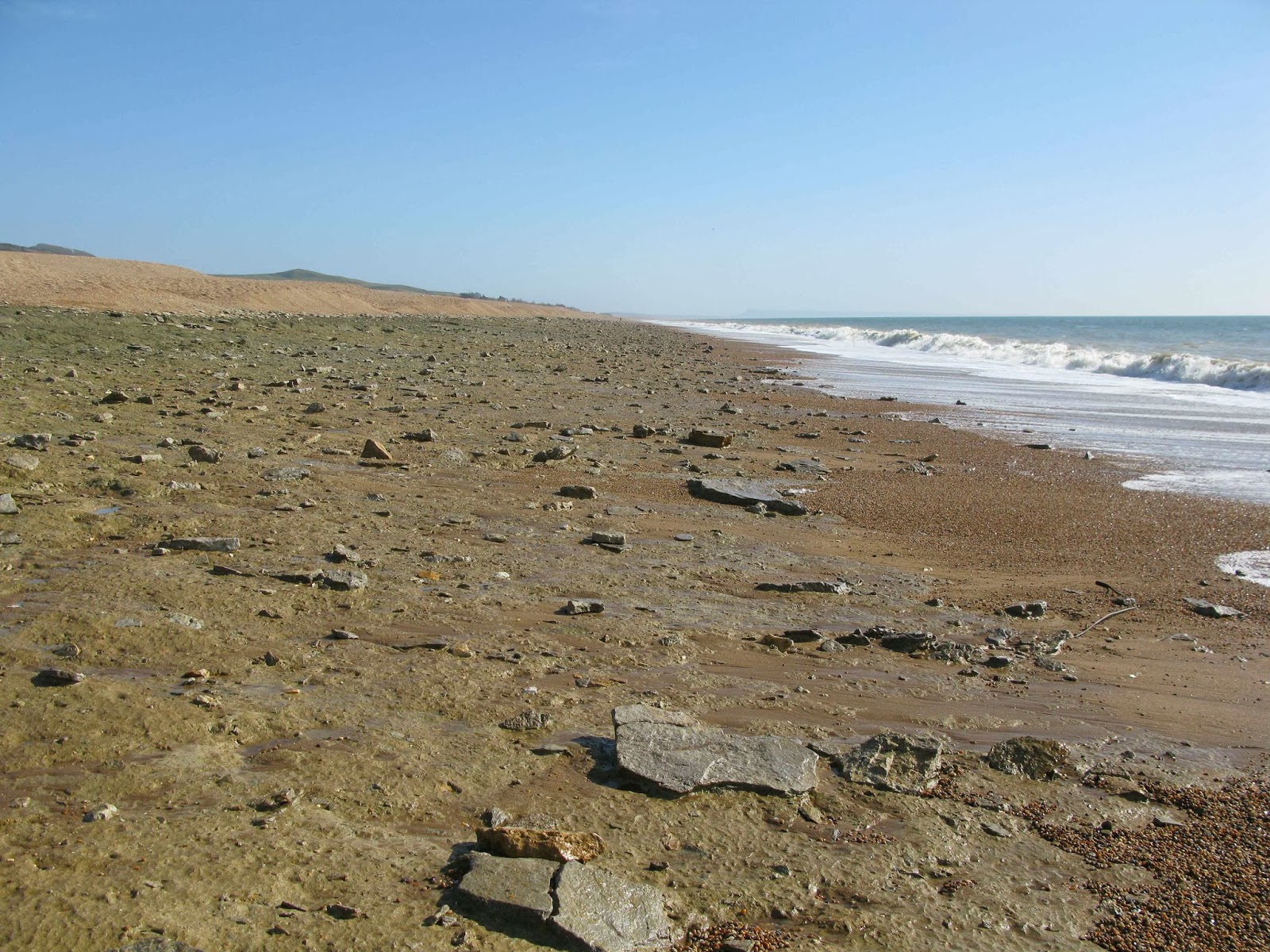 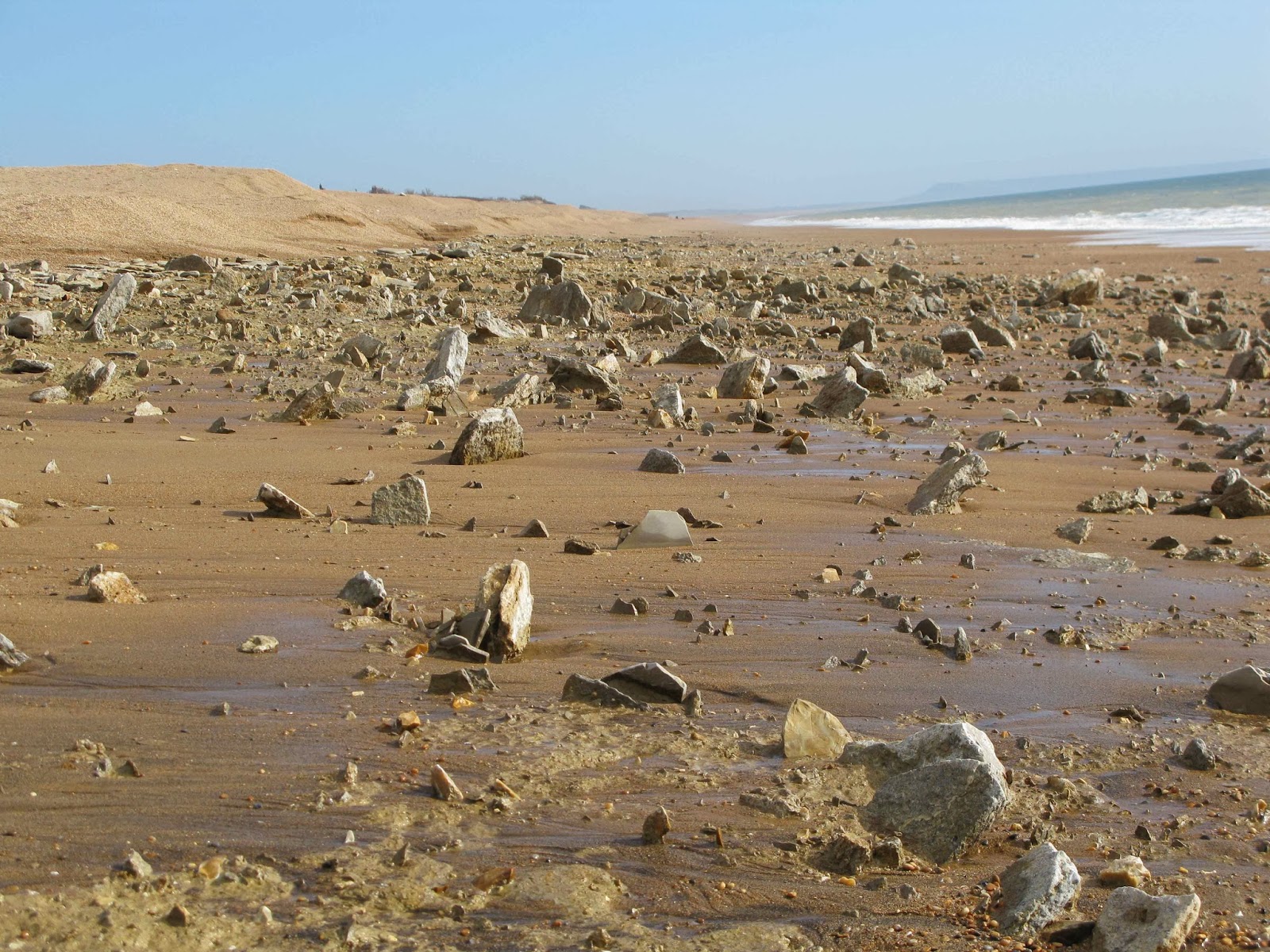 with sections of the 18 mile long beach looking more like Lunar Landscapes. 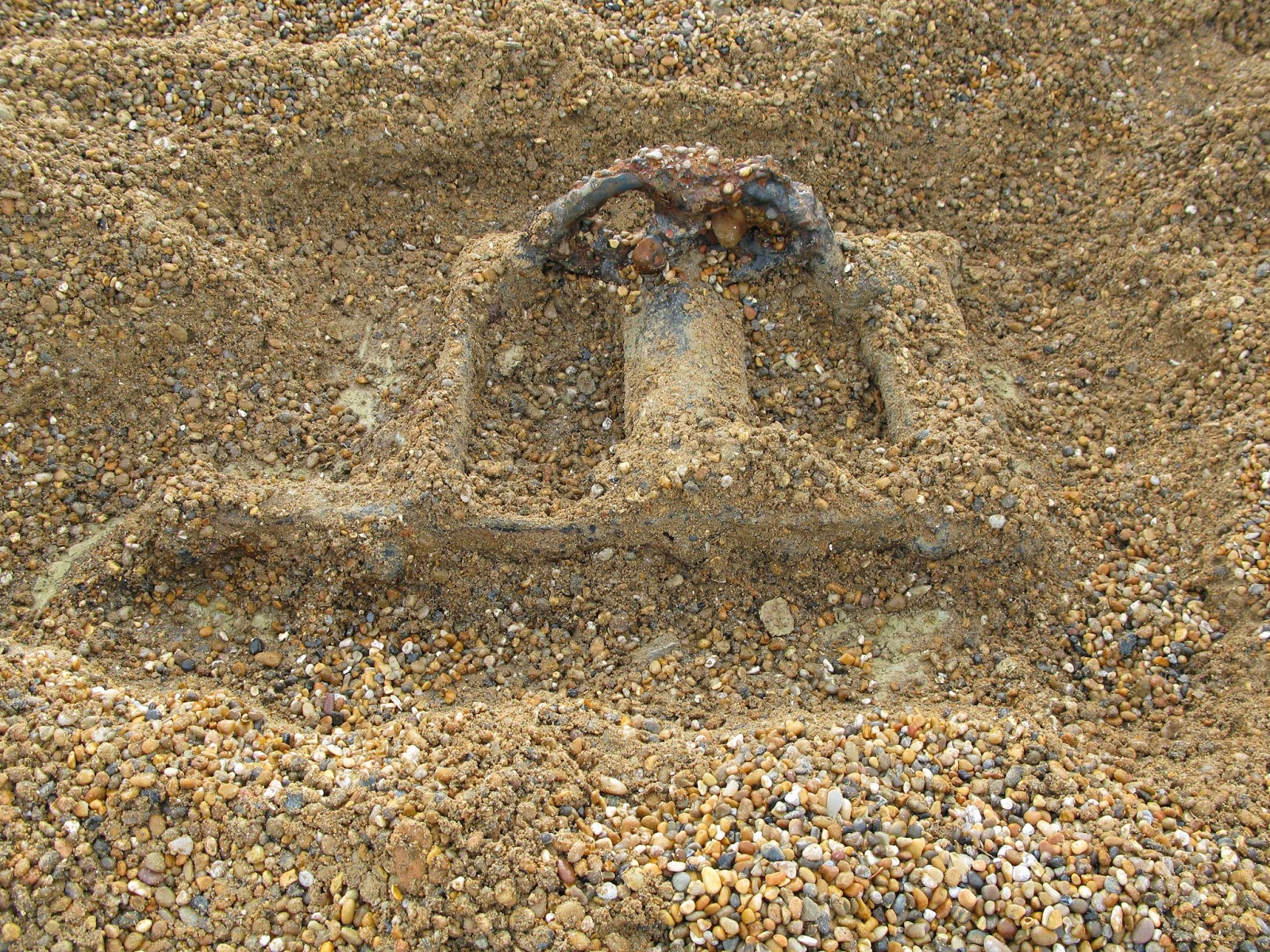 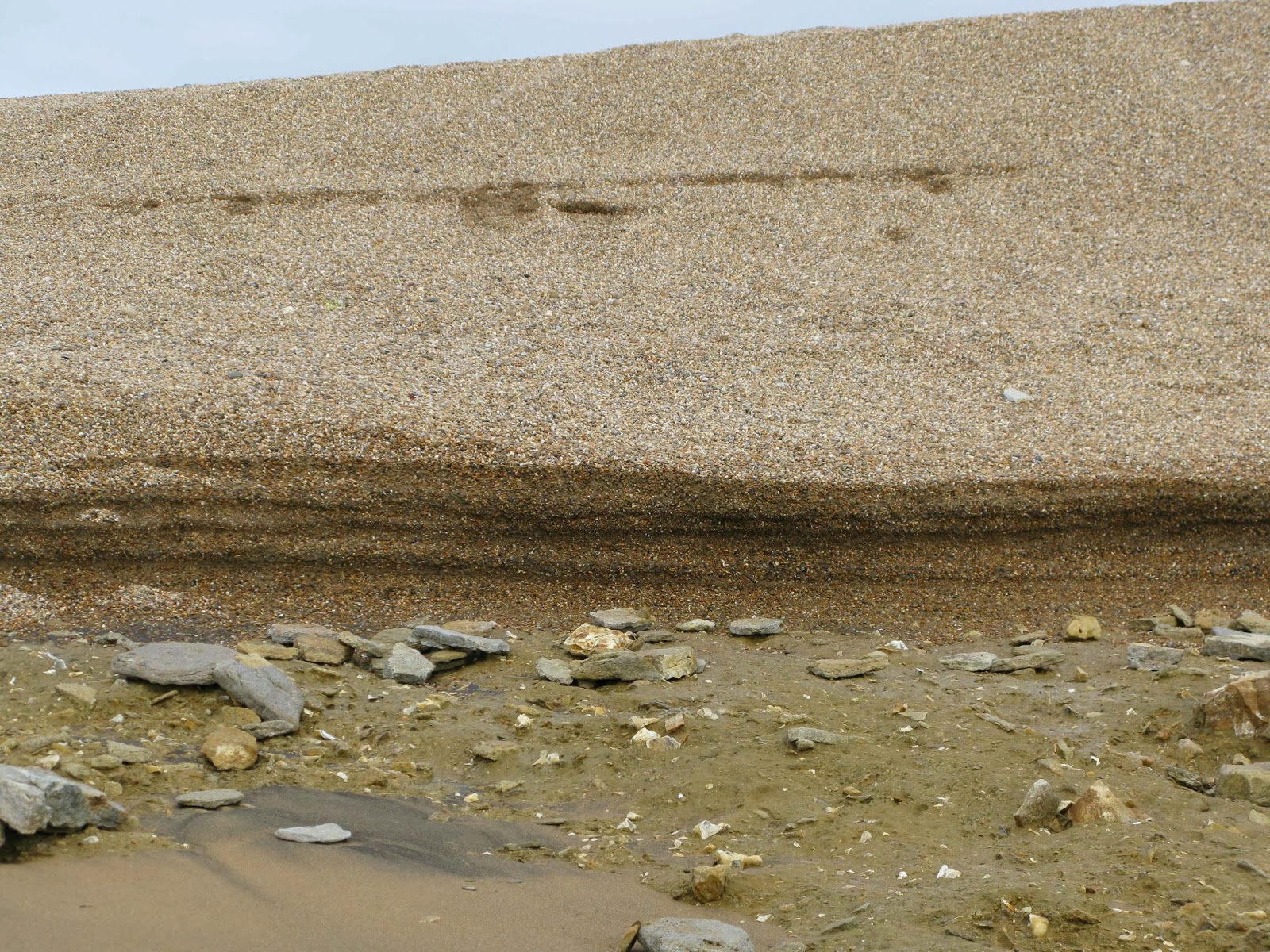 The bank having been undermined. 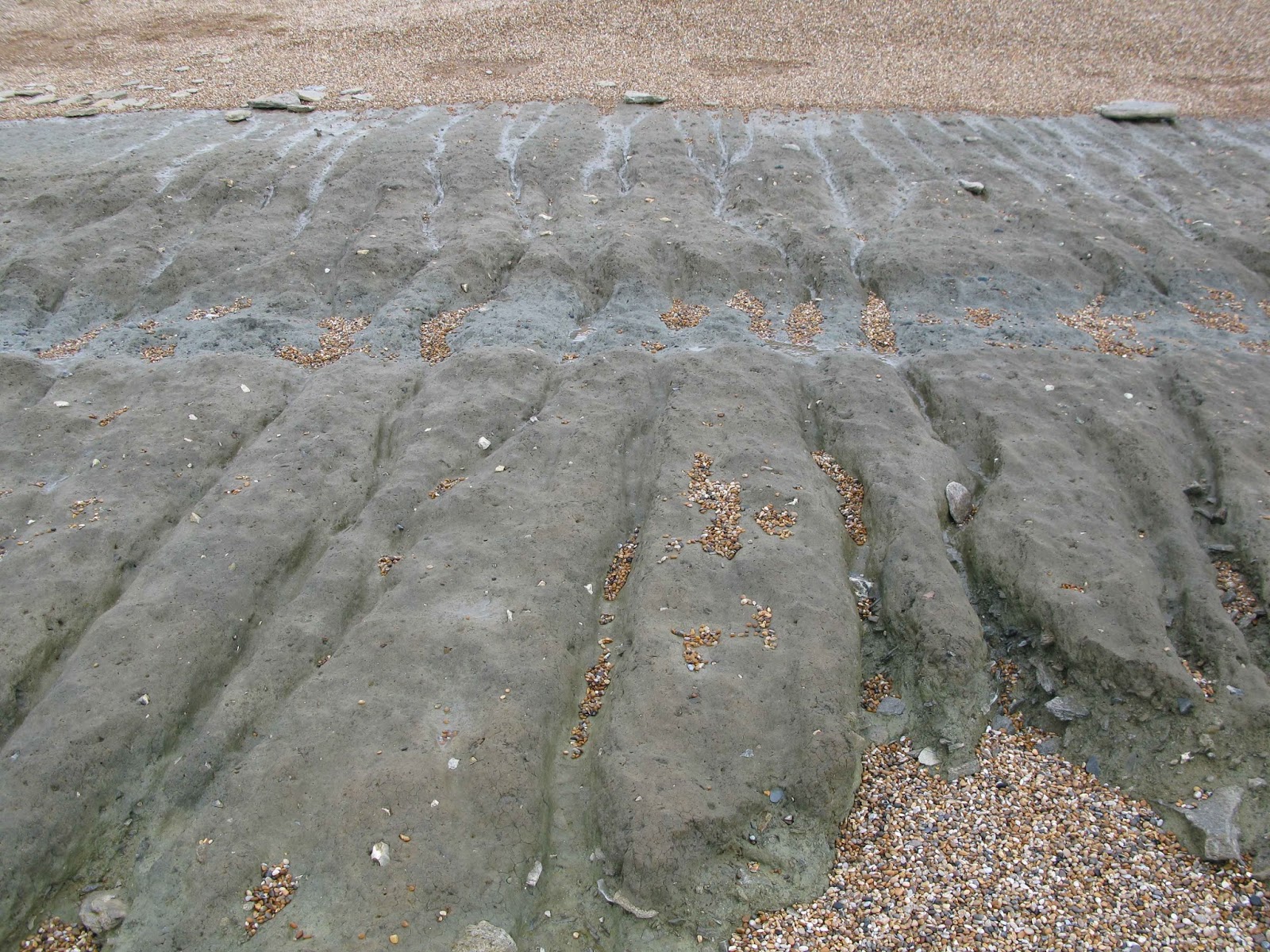 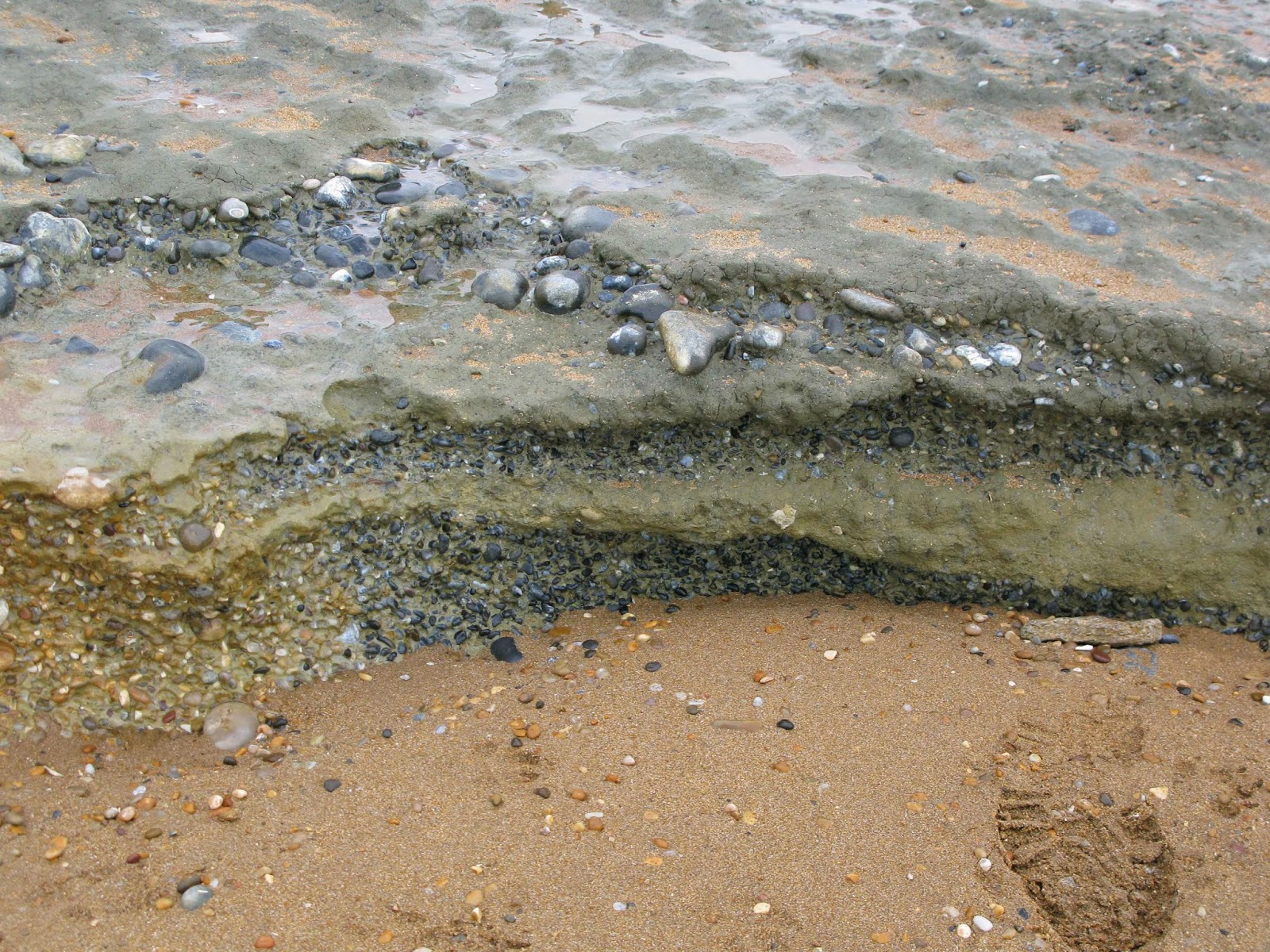 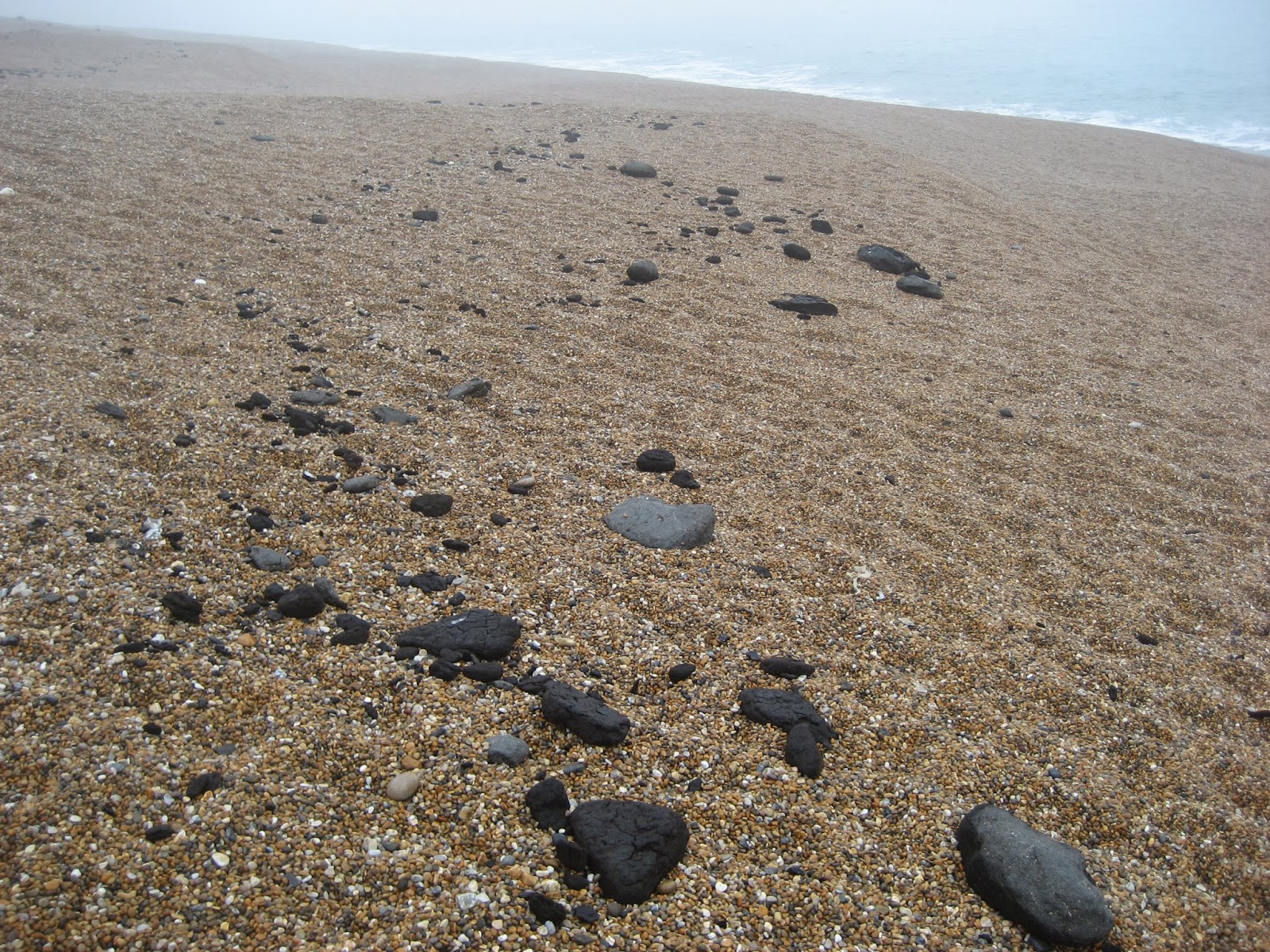 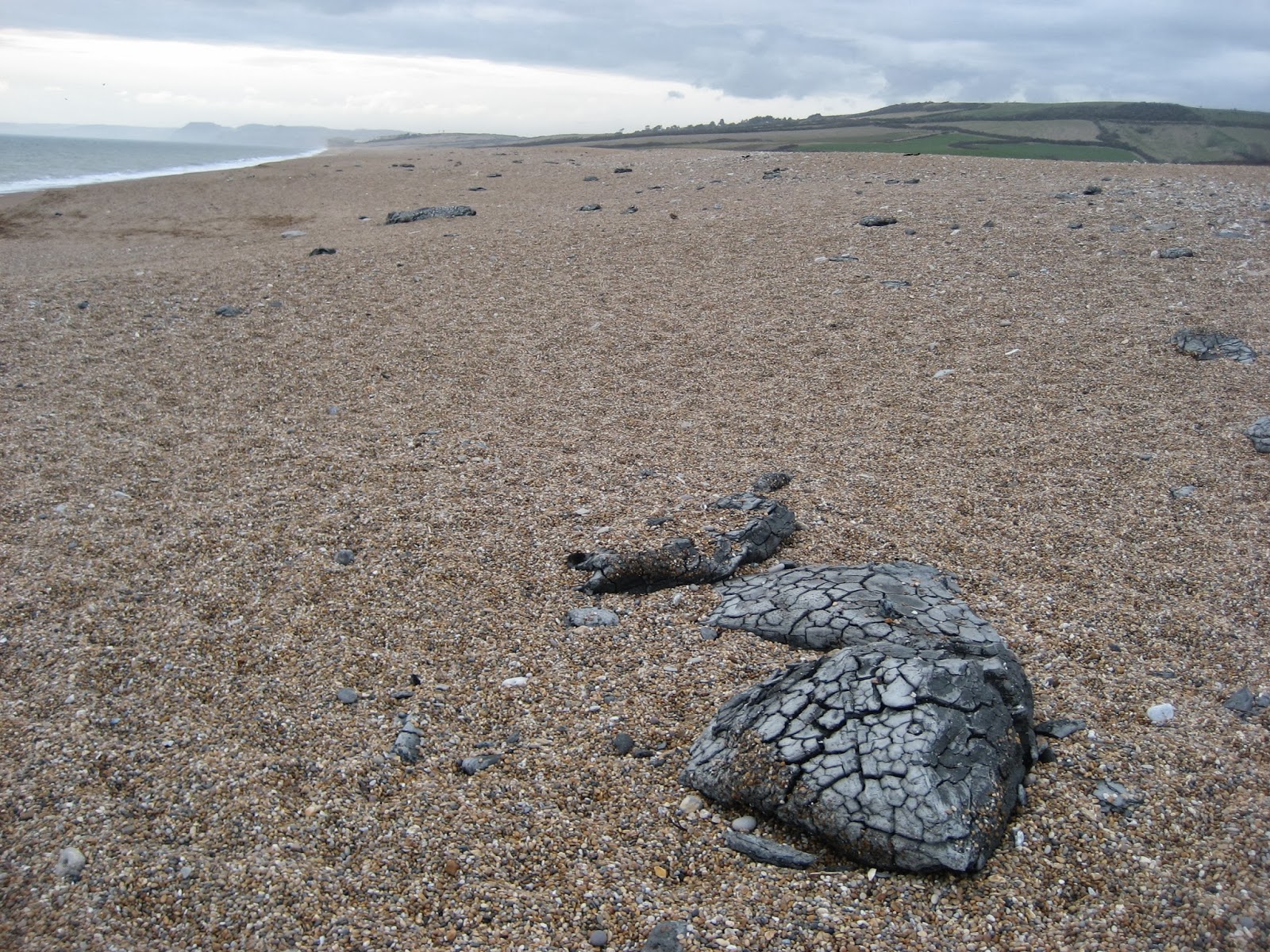 Ammendment from Steve Grove at the Abbotsbury Swannery who knows this area as well as anyone.
Hi Paul,
The congealed oil or tar is actually peat from the bed of Lyme bay when it was once swampland. Beaver bones have actually been found in these lumps! 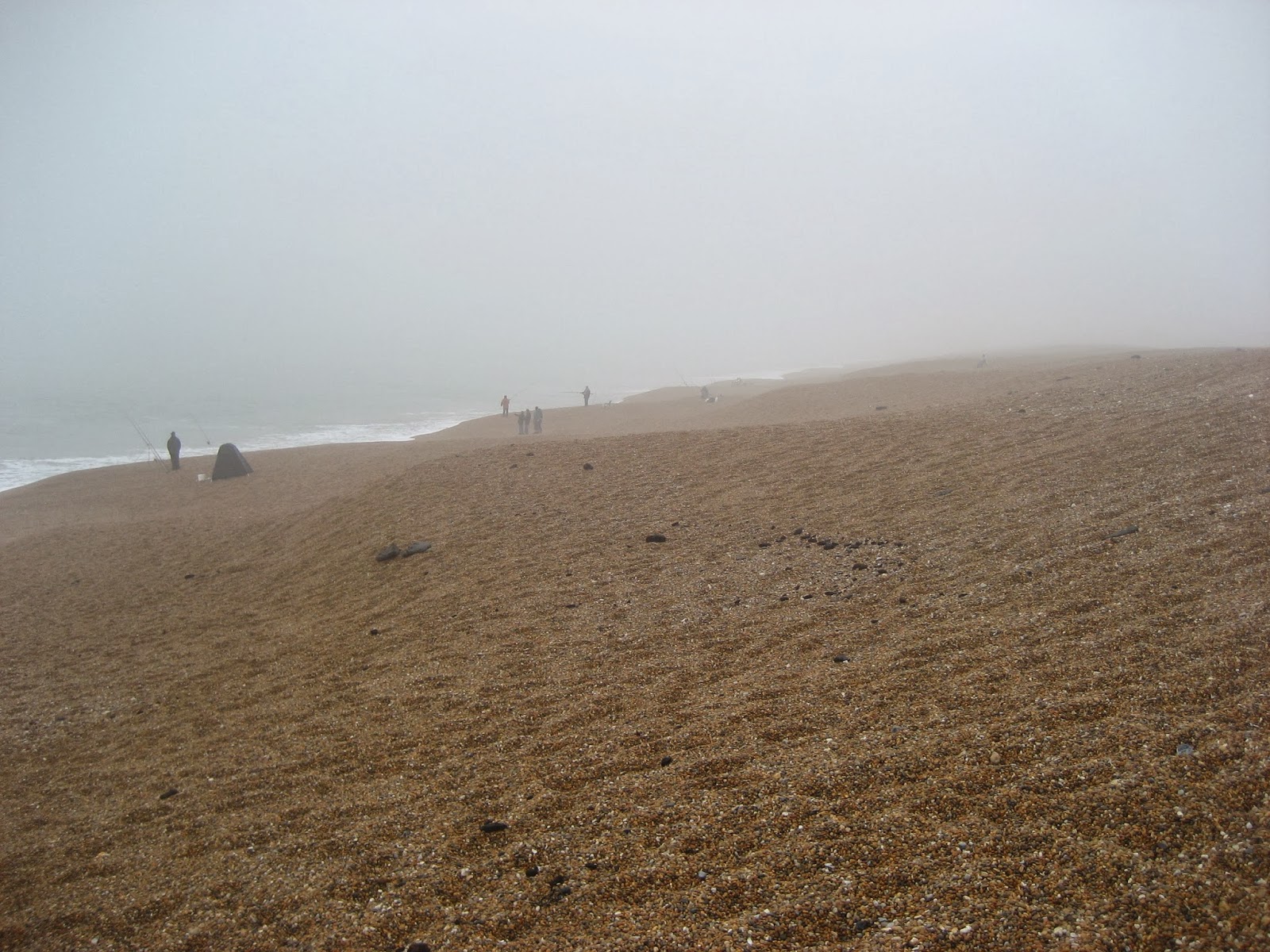 Chesil Beach close to Abbotsbury looking West.
A few images, from a regular reader, during the latest storm
which kicked in on Wednesday, just 24 hours after I had passed
through these very areas. 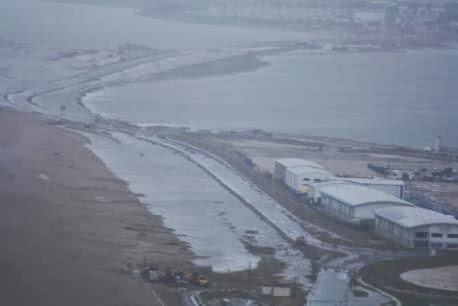 View overlooking Chesil Beach Road connecting Portland with Wyke Regis.
Centre right, beyond the buildings, is the site of the 2012
Olympic Sailing Events. 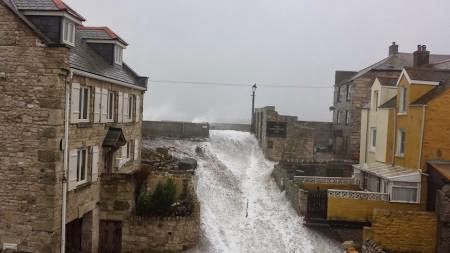 The Sea Wall at Chiswell, broached by the look of it? The pebbles along this mighty Natural Wonder of the World are
'self sorting', the 'cobble/large potatoe' sized ones gathering at this
South East end (Chiswell Village), while seen in the photos above,
near to Abbotsbury in the NW, they are more the size of gravel.
and our own contribution, which gets nowhere near those hapless souls
on the Somerset Levels for instance. 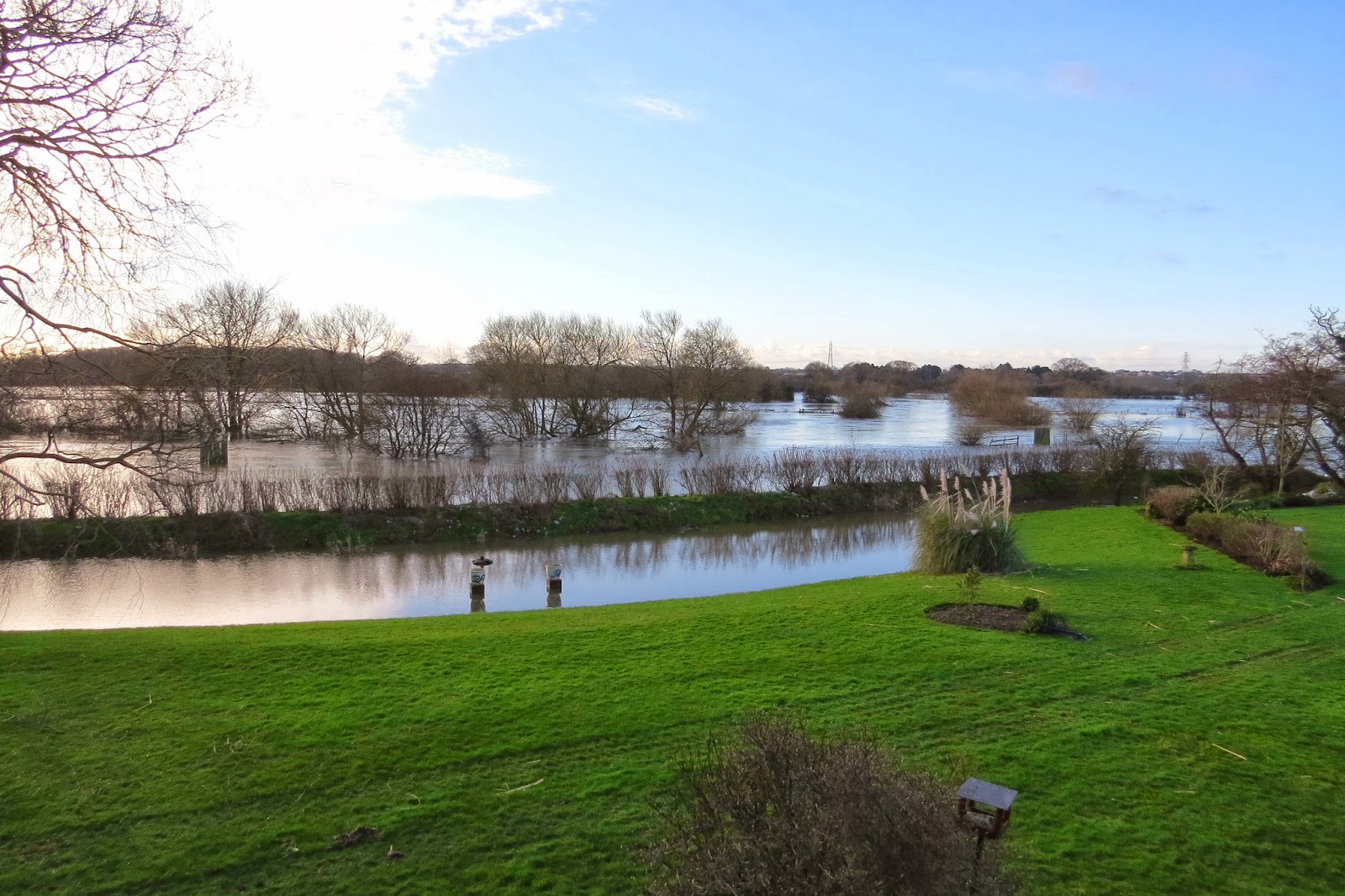 From fw'd
Harbins back lawn, Harbins garden pond (twice the regulation size),
separation bund, 5th tee of the Golf Course (all visitors welcome)
usual course of the River Stour before the Willows and meadows beyond.
I get the feeling that someone had a 'rough idea' of what they were doing
when building this 'House Upon A Rock'!
Posted by Bagsy at 07:39