The Turn of the Screw - Henry James

Spring has sprung,
the grass is grise
I wonder where the Birdies is?
With reference to our last Post,
my extremely persistent friend advises me that the
Unidentified 'Fly' is not a Fly at all but a male 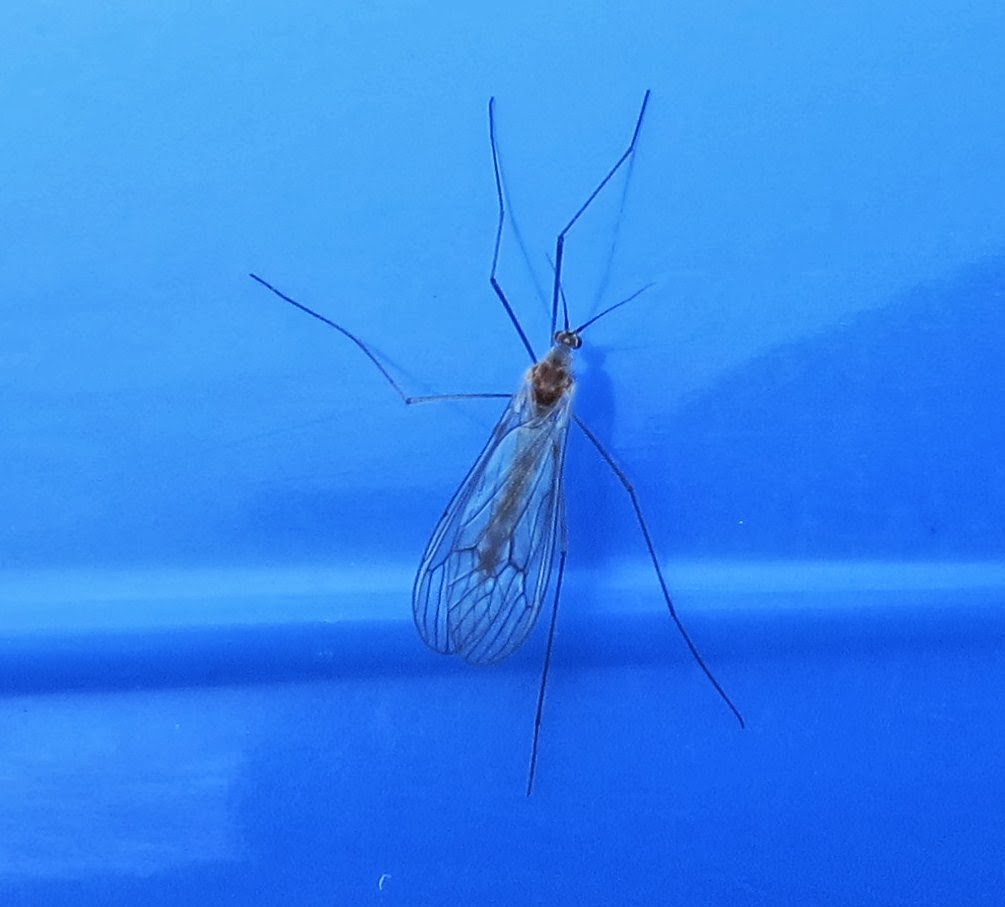 MOSQUITO
Culex Pipiens
Thanks John.
At 03:00 this morning not even the glow from the nearby Moth Traps could be seen from the bedroom window, yet by 09:00, when I eventually got to Longham, all that was blocking the view were the swarms of Midges, thankfully not the aggressive type. Before all of that however, there were another 2 additions to both the Property and my Personal Moth Lists the first being the very dainty 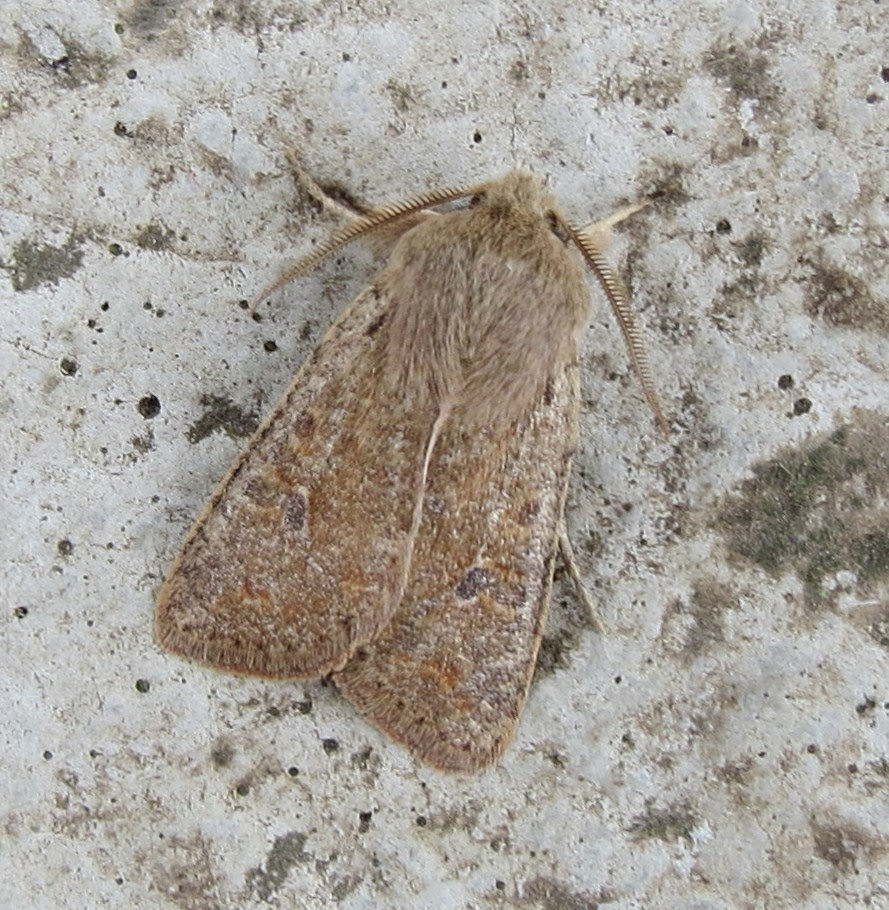 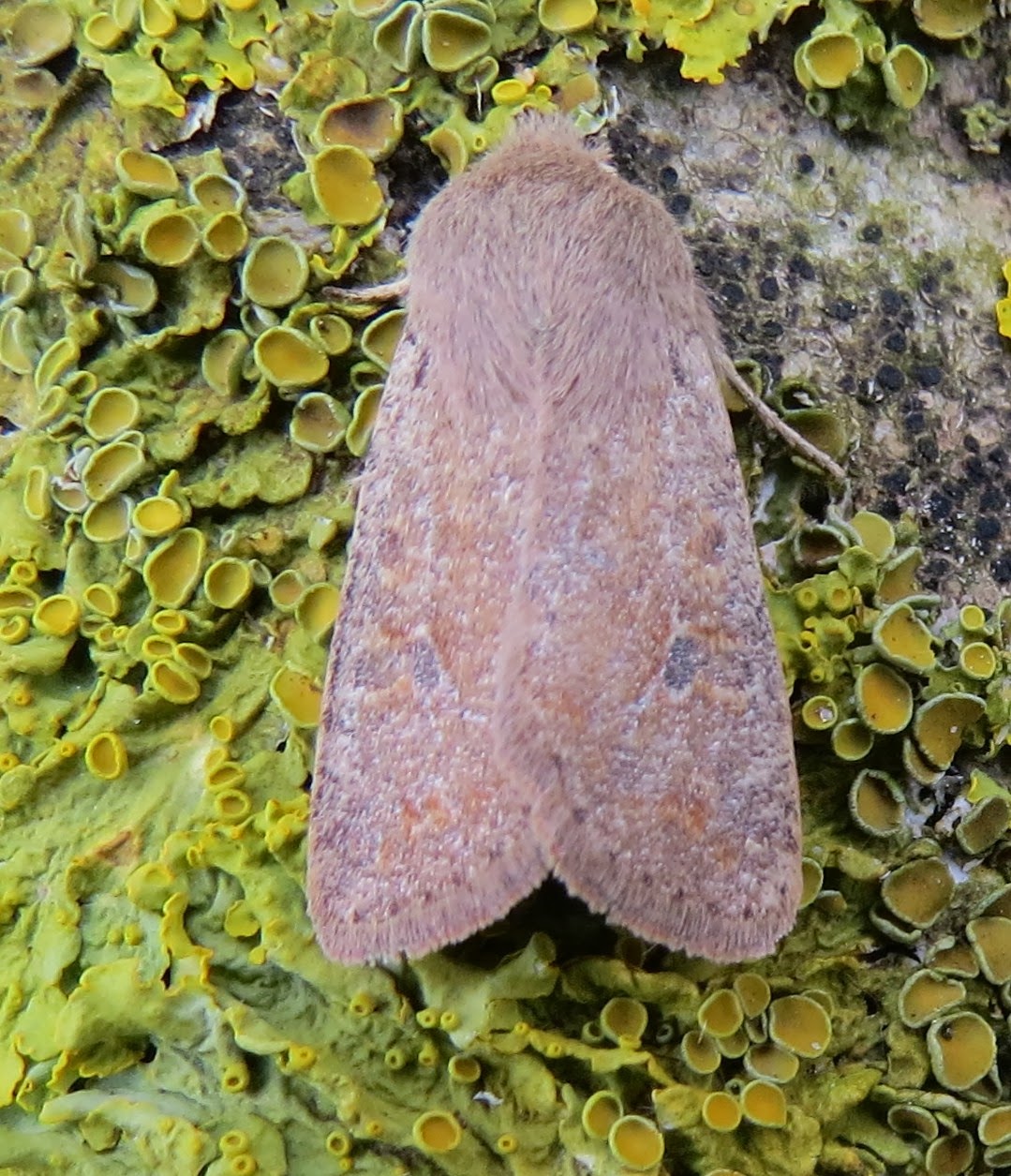 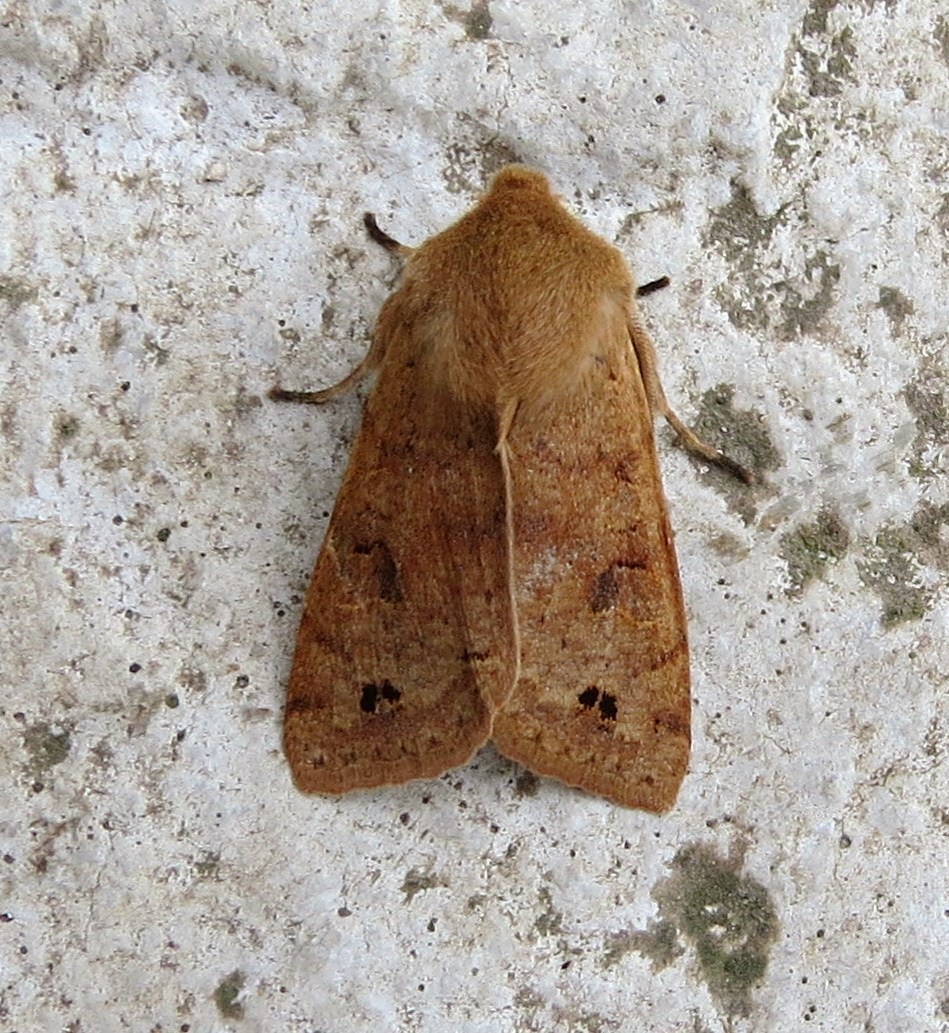 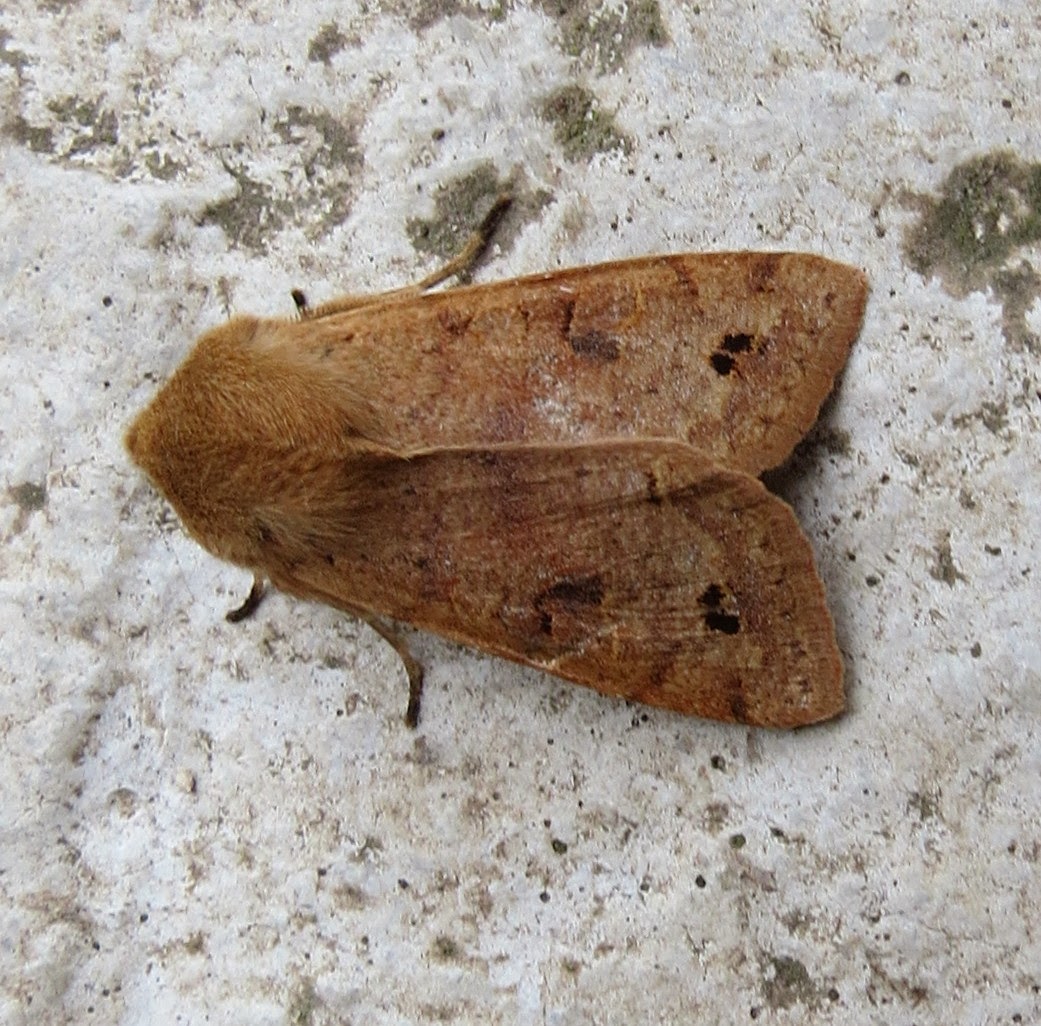 TWIN-SPOTTED QUAKER
also in the trap, joining the ranks of the
Weird and Wonderful 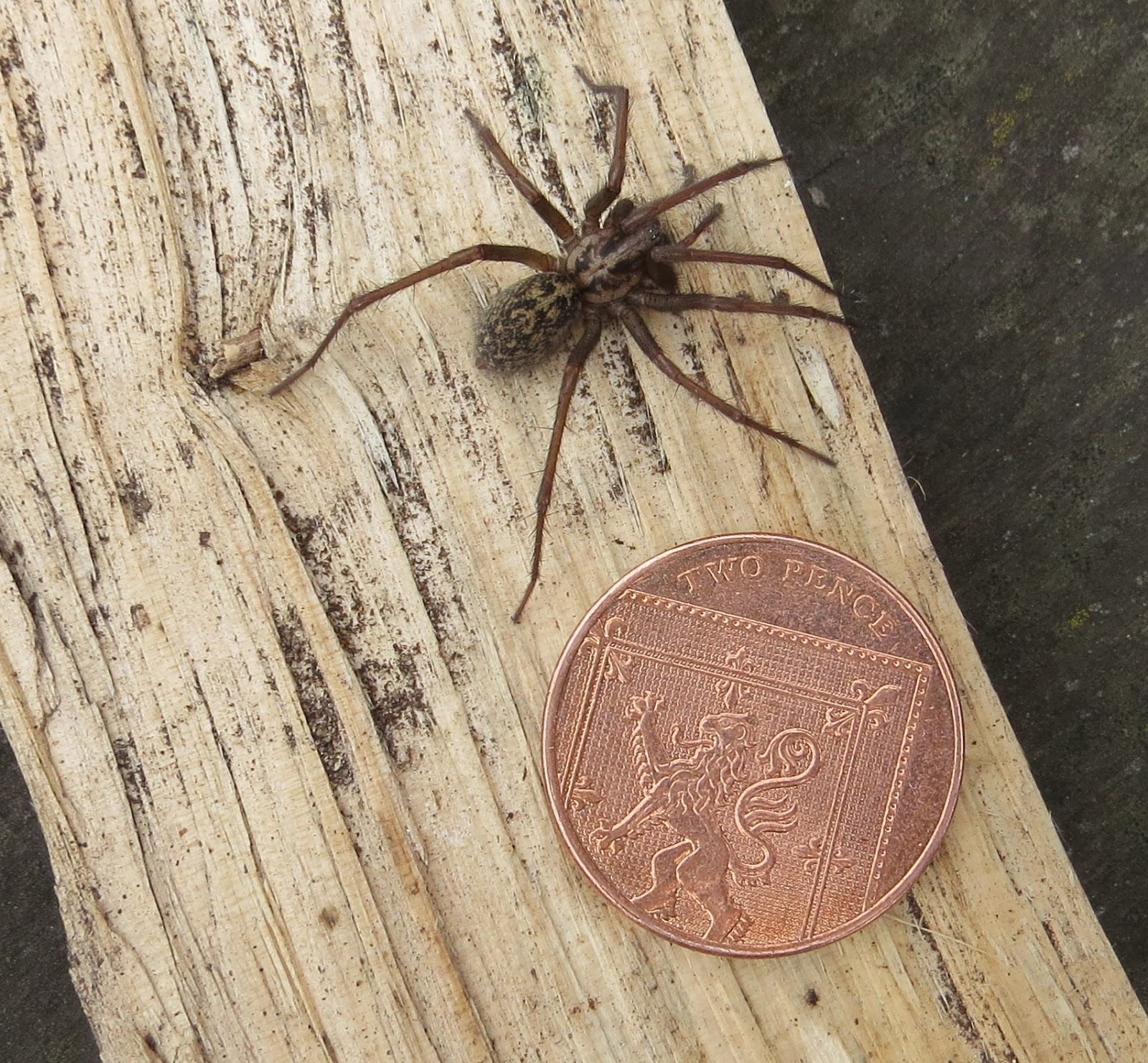 this rather large (by UK standards at least) 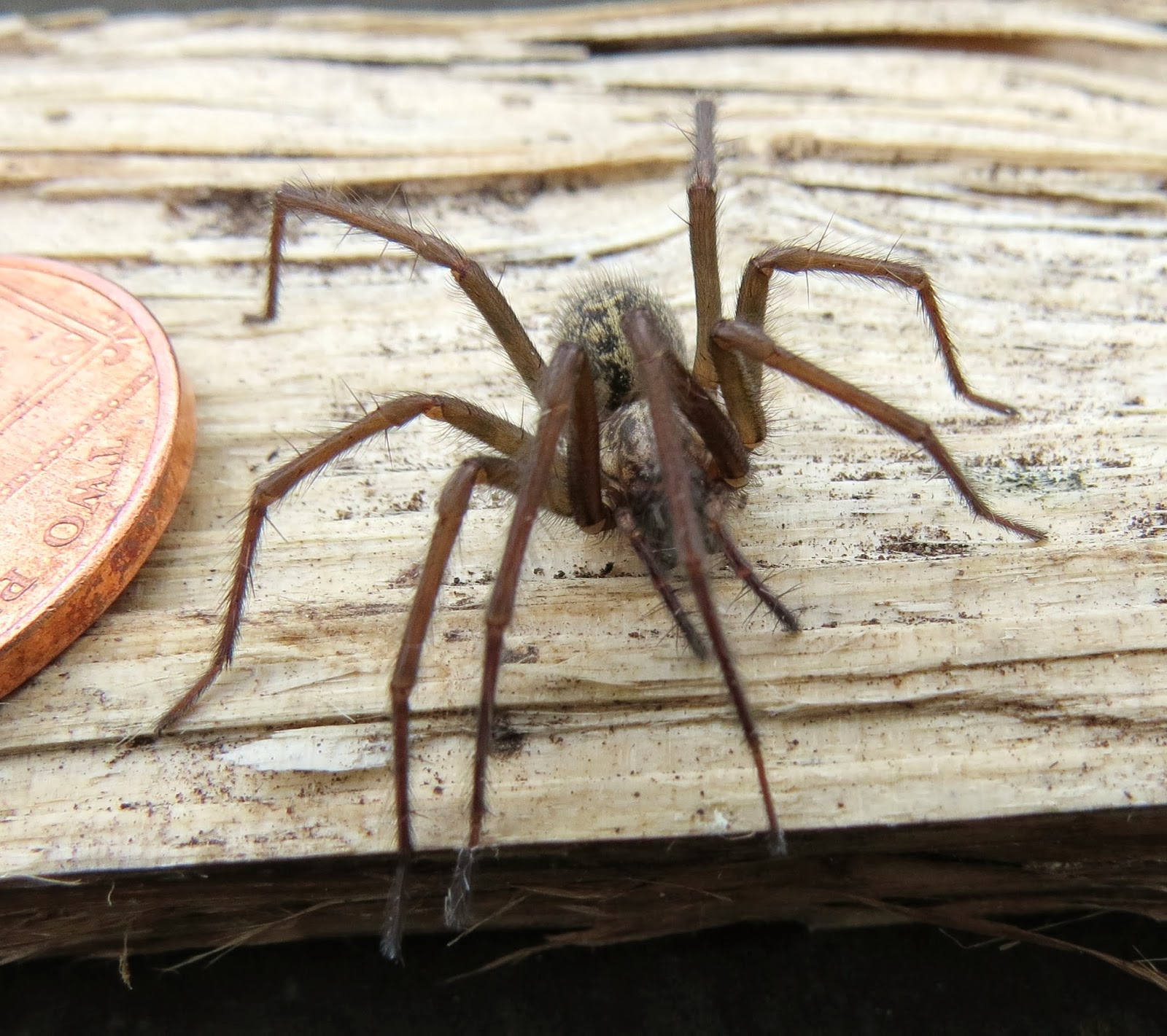 "a mature Tegenaria SPIDER Sp" and 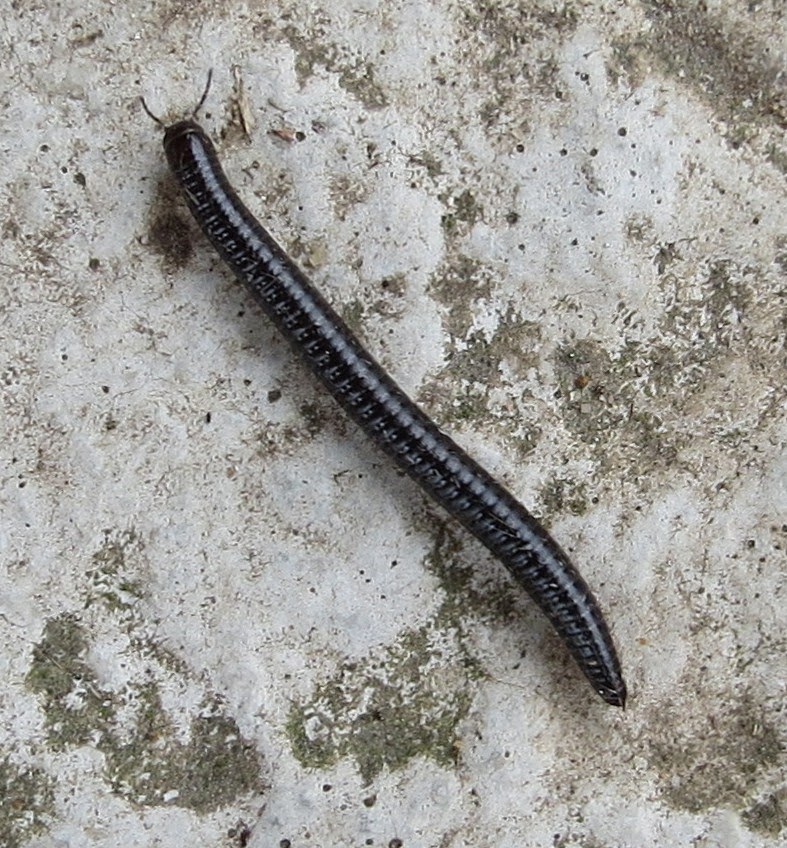 BLACK MILLIPEDE
Tachypodoiulus niger
On the Farm today the Little Grebe was seen to be either 'back' or out of hiding as at least one Great Spotted Woodpecker was heard 'drumming', while the 'yaffles' of close cousin the Green Woodpecker seemed to be coming from all directions. Goldfinch are also back on the feeders, so a new sack of Niger Seed has been bought in, and with water levels much reduced the odd Little Egret has been dropping in to capitalise on the easy pickings. This is where I have spent the most of my day simply observing what the most welcome warm weather has stimulated and there was plenty to see. 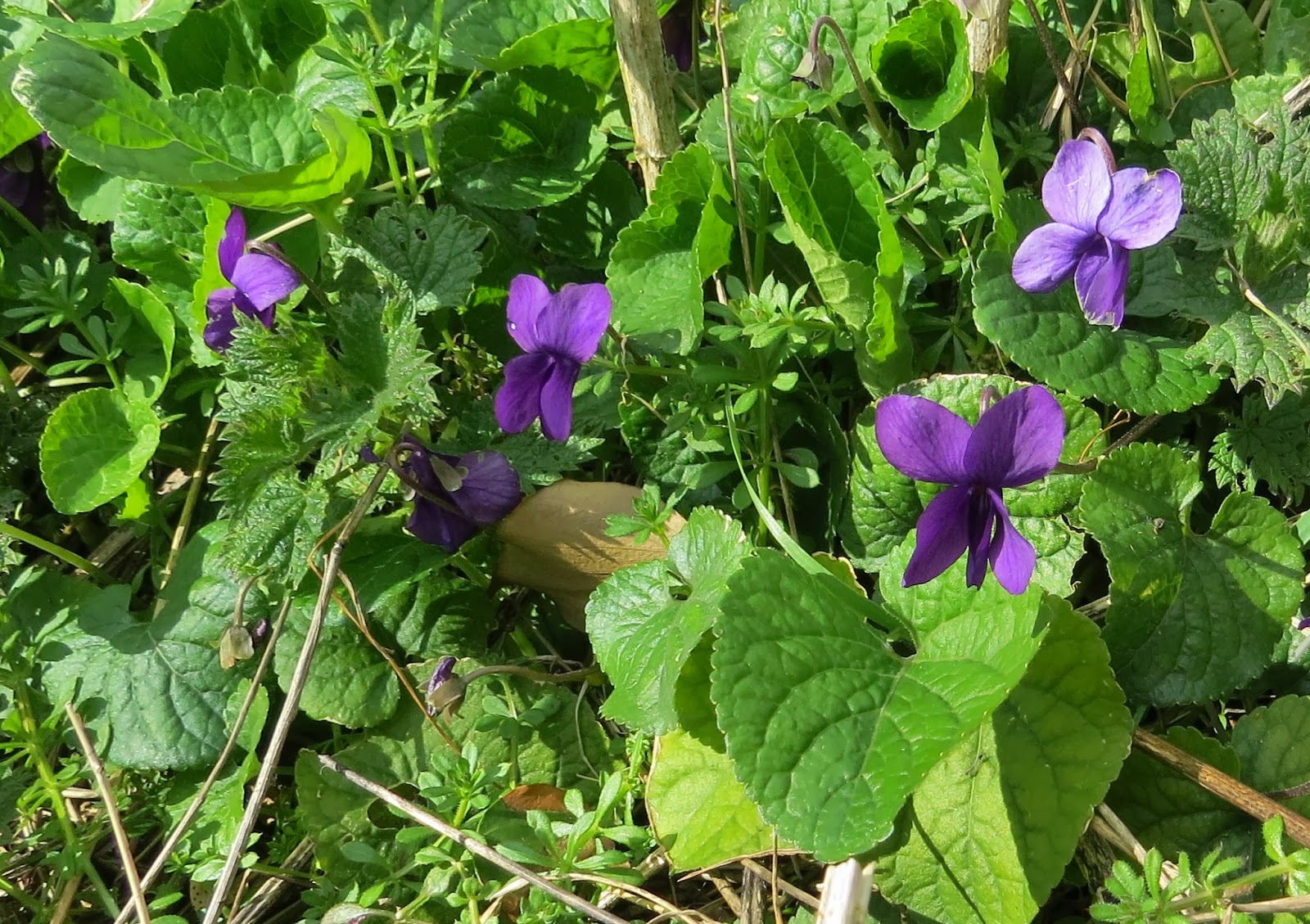 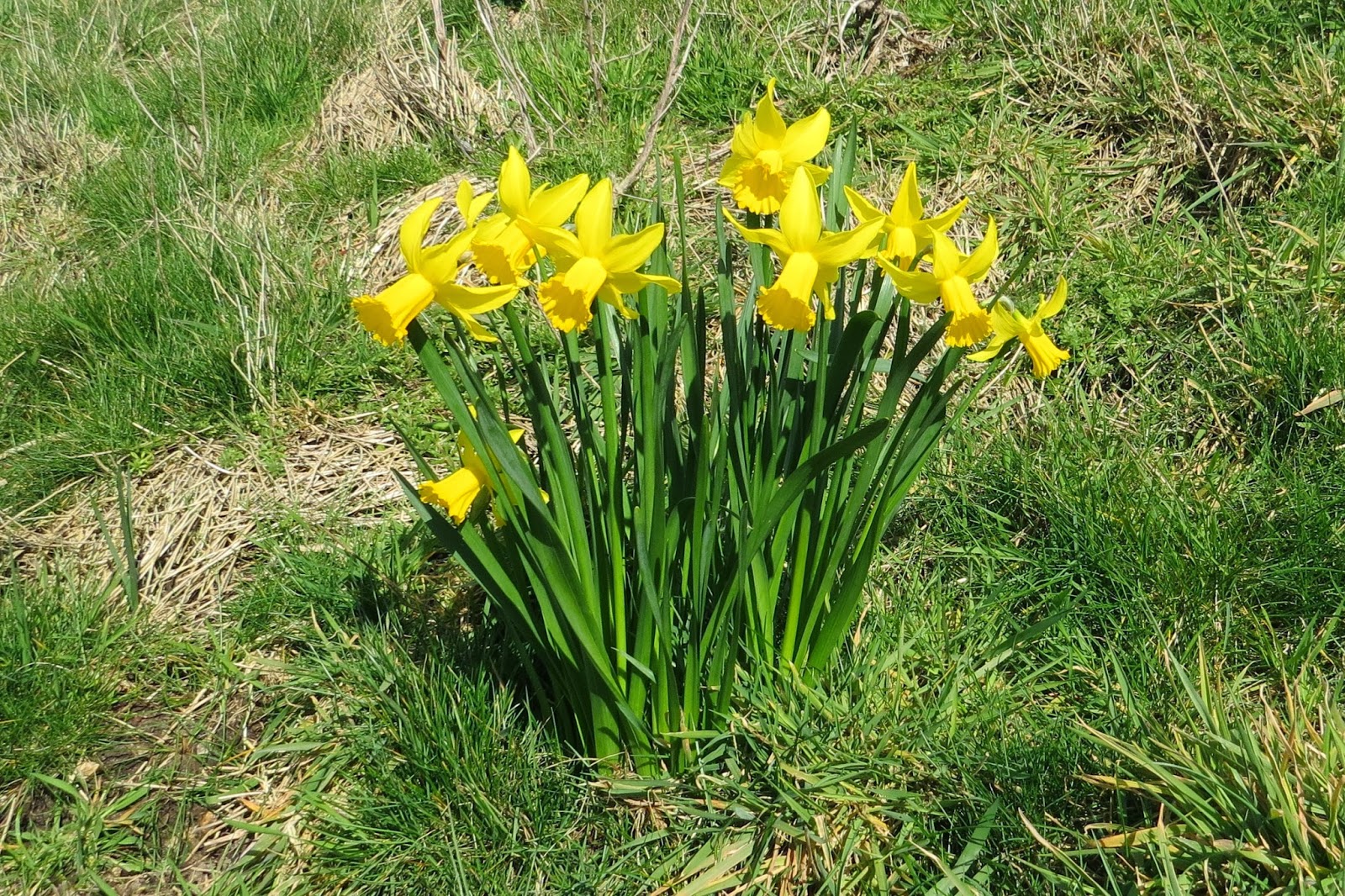 CULTIVATED DAFFODIL
one of dozens of varieties now springing up all over the place. 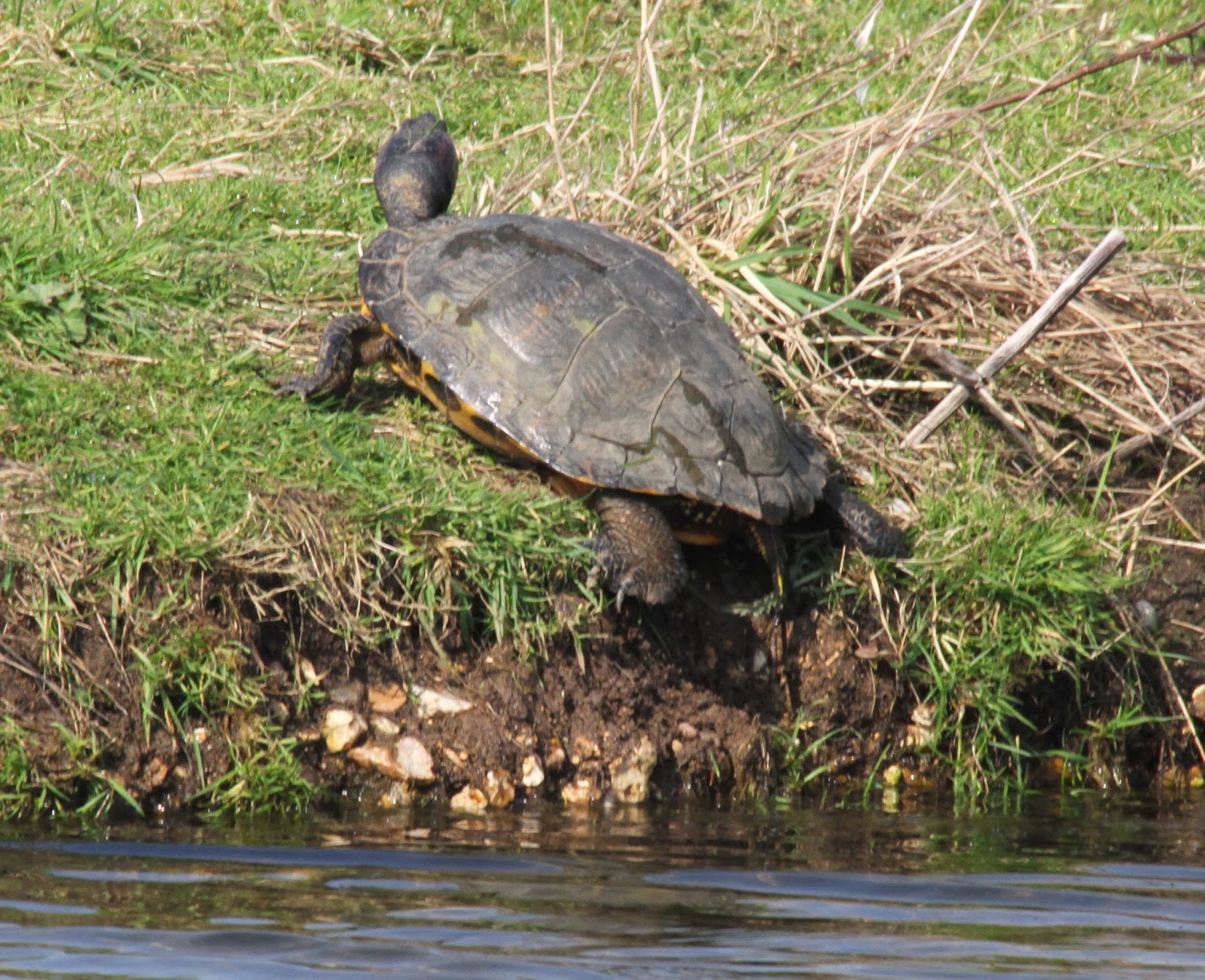 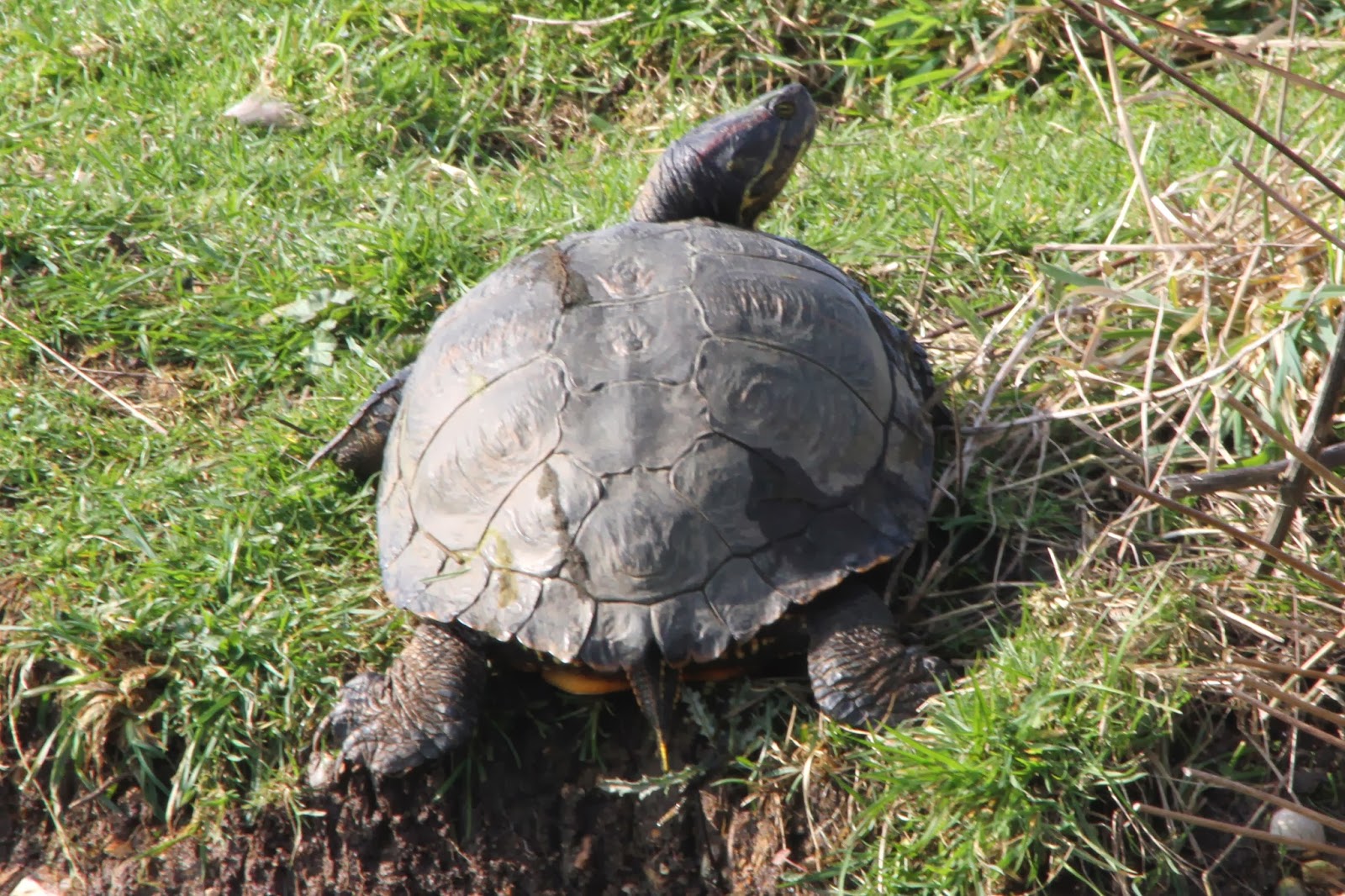 has emerged for the first time this year from Parley Pond.
Loving the recent warm sunshine in spends most of the day on
this steep bank, and when disturbed simply 'lets go' and drops
back to the safety of the 'deep'. 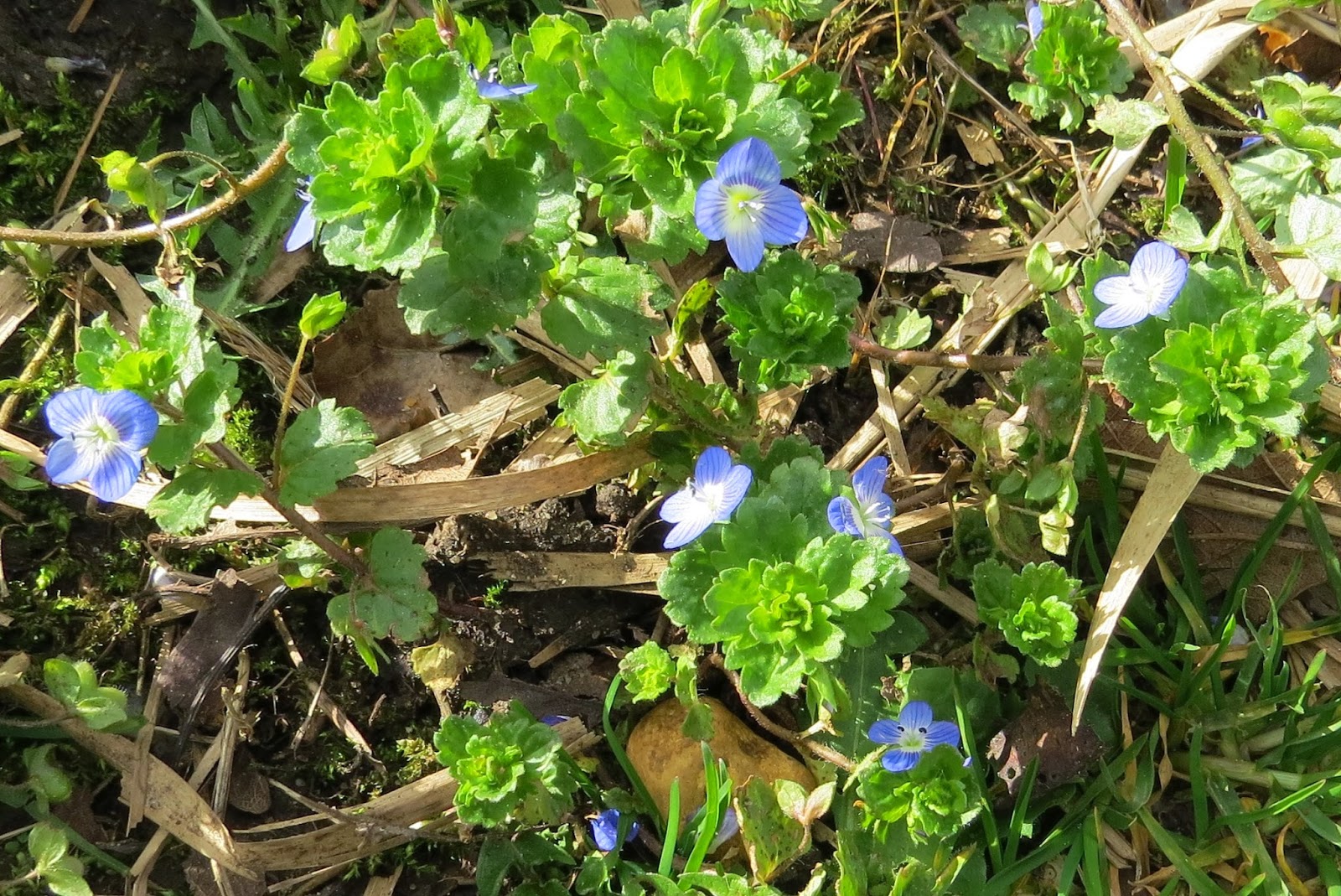 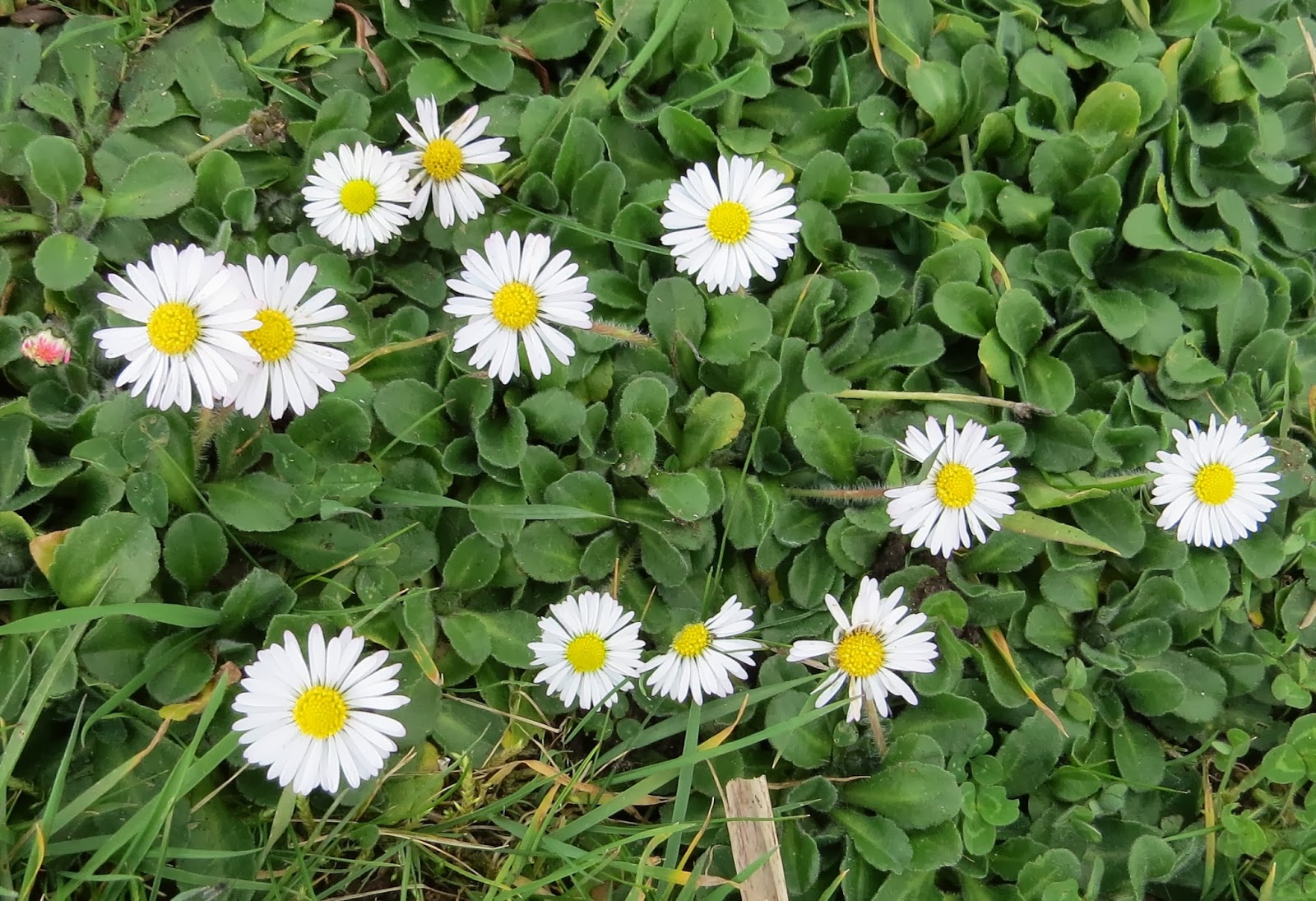 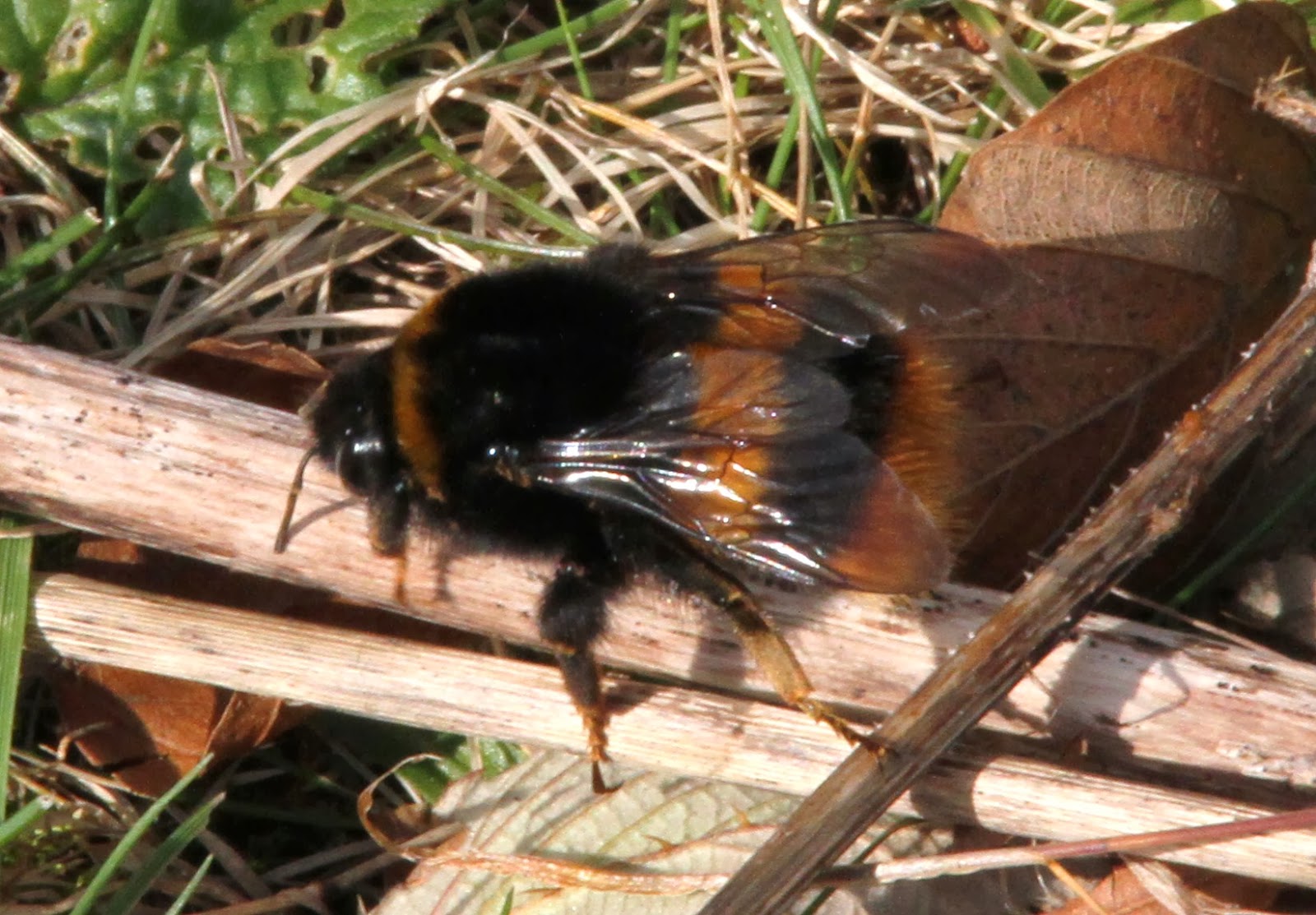 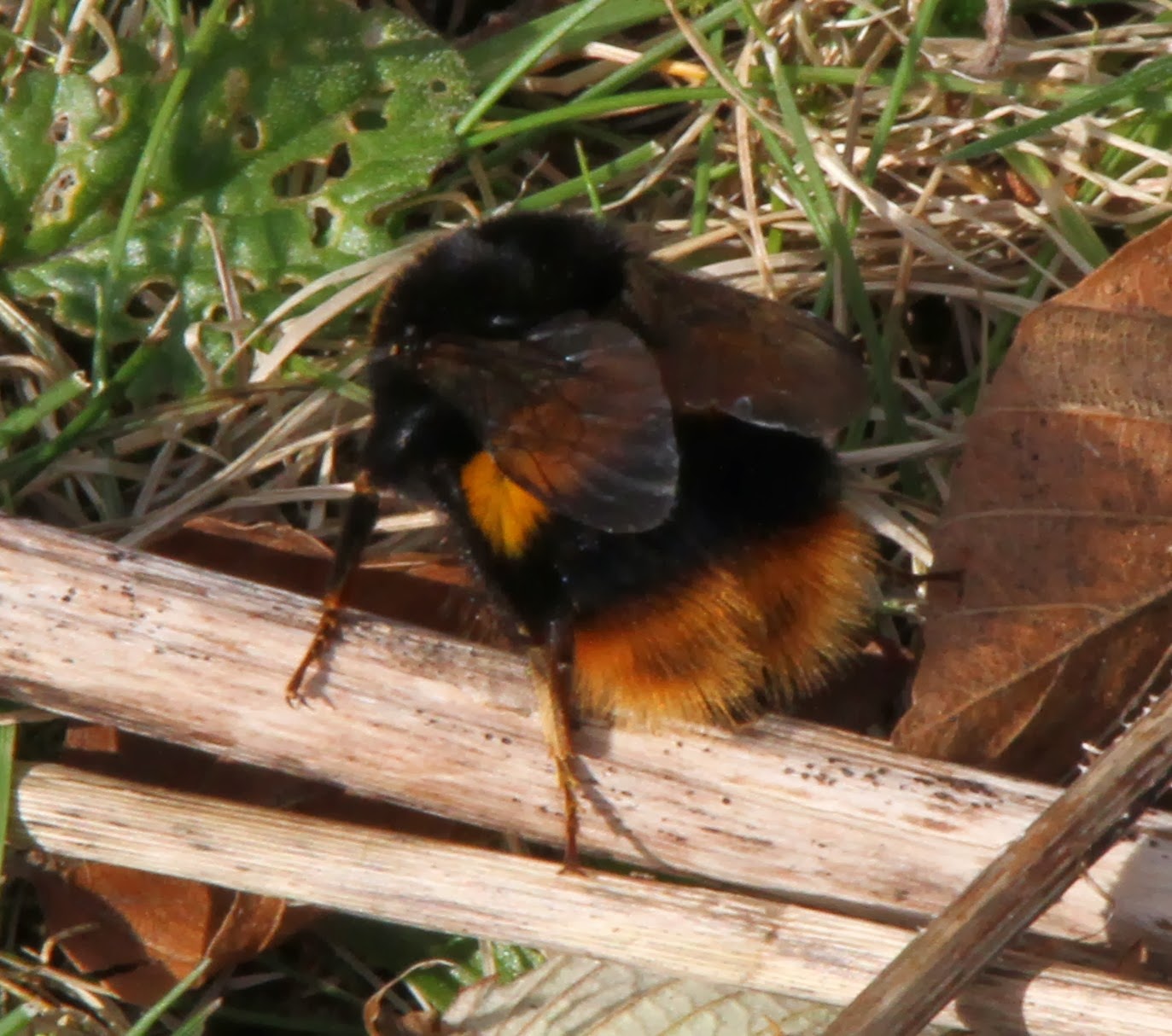 the most numerous of its kind in Europe,
there were quite a few about during my wander. 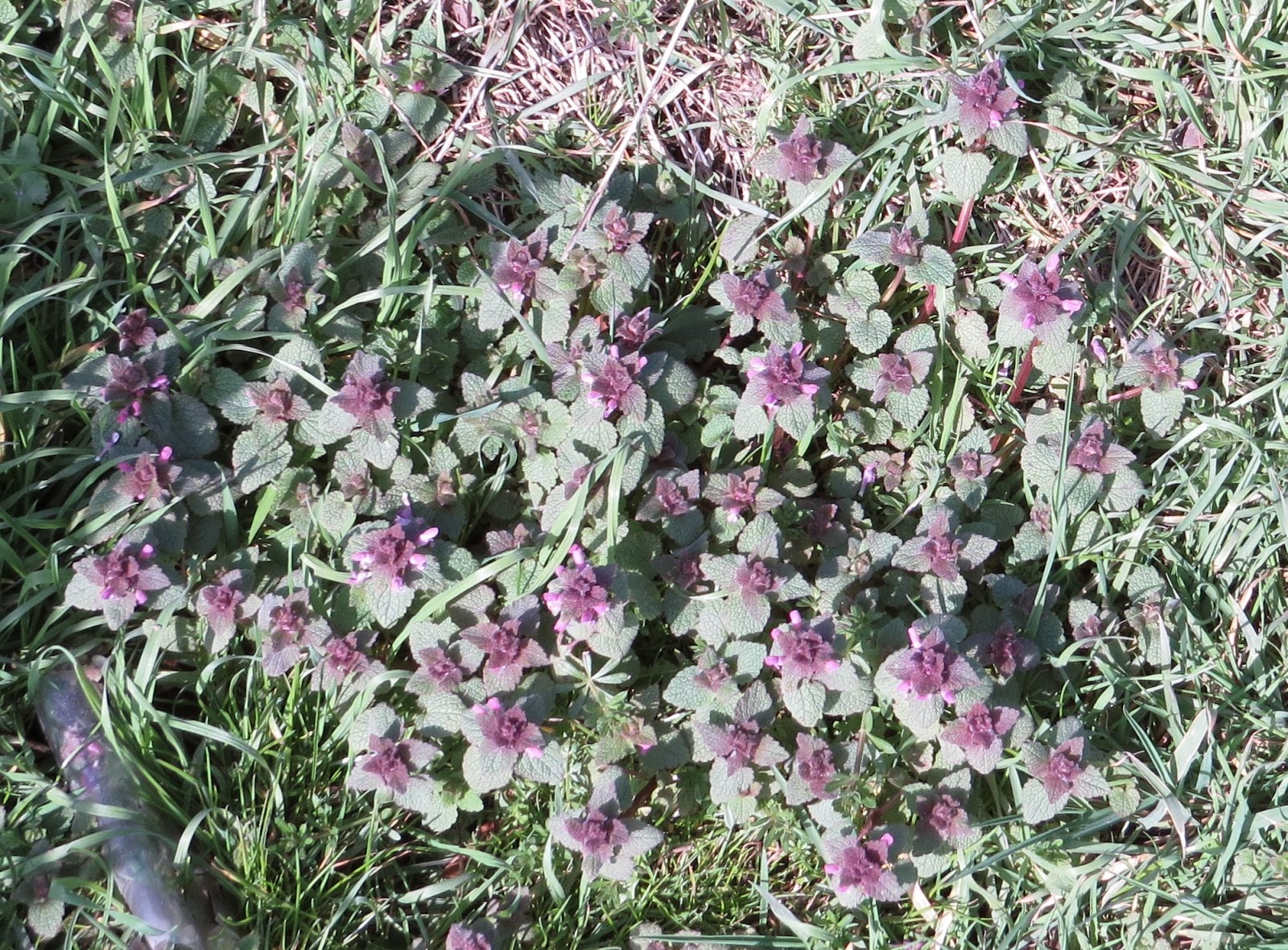 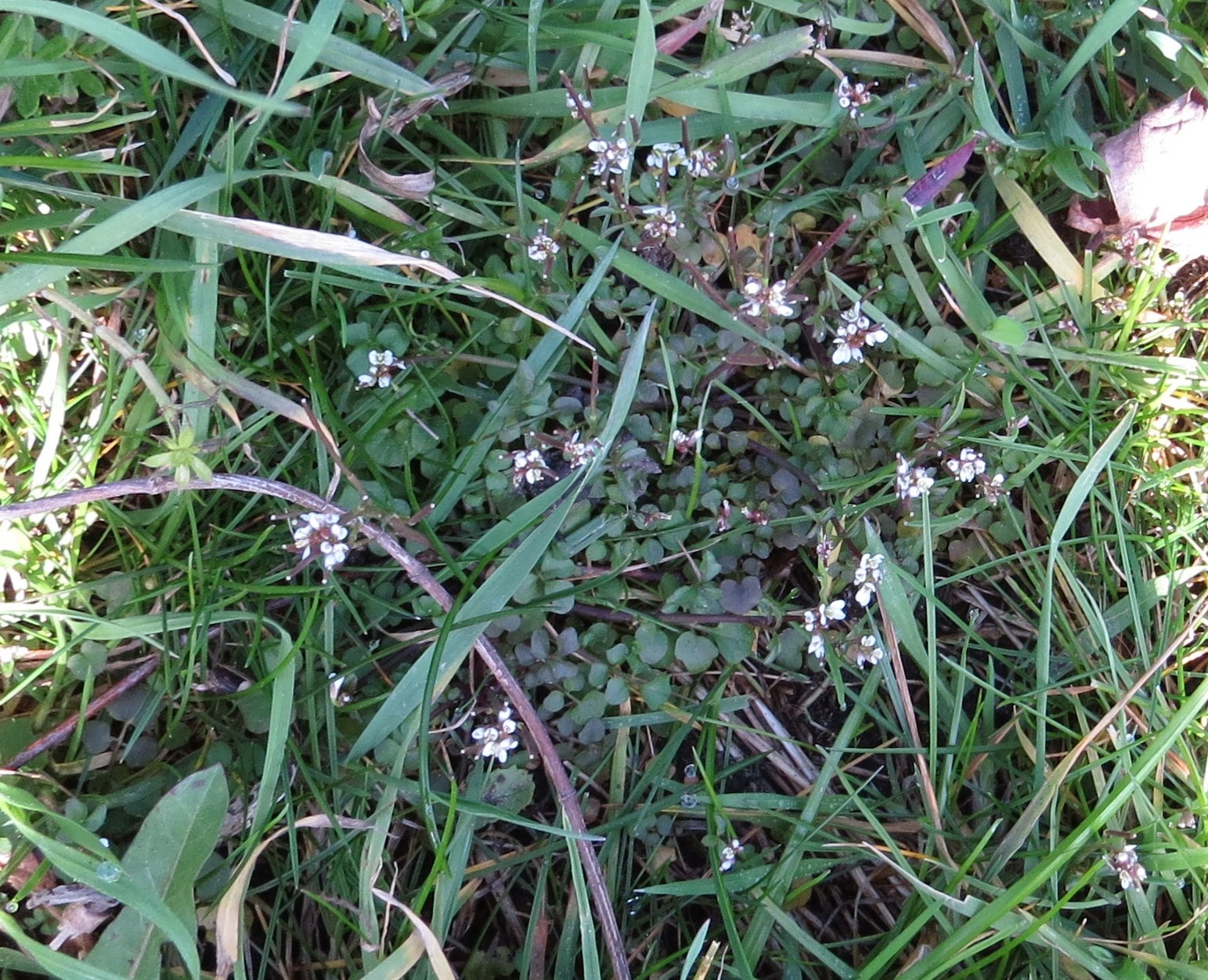 HAIRY BITTERCRESS
Then over to Longham Lakes for just a single circuit. 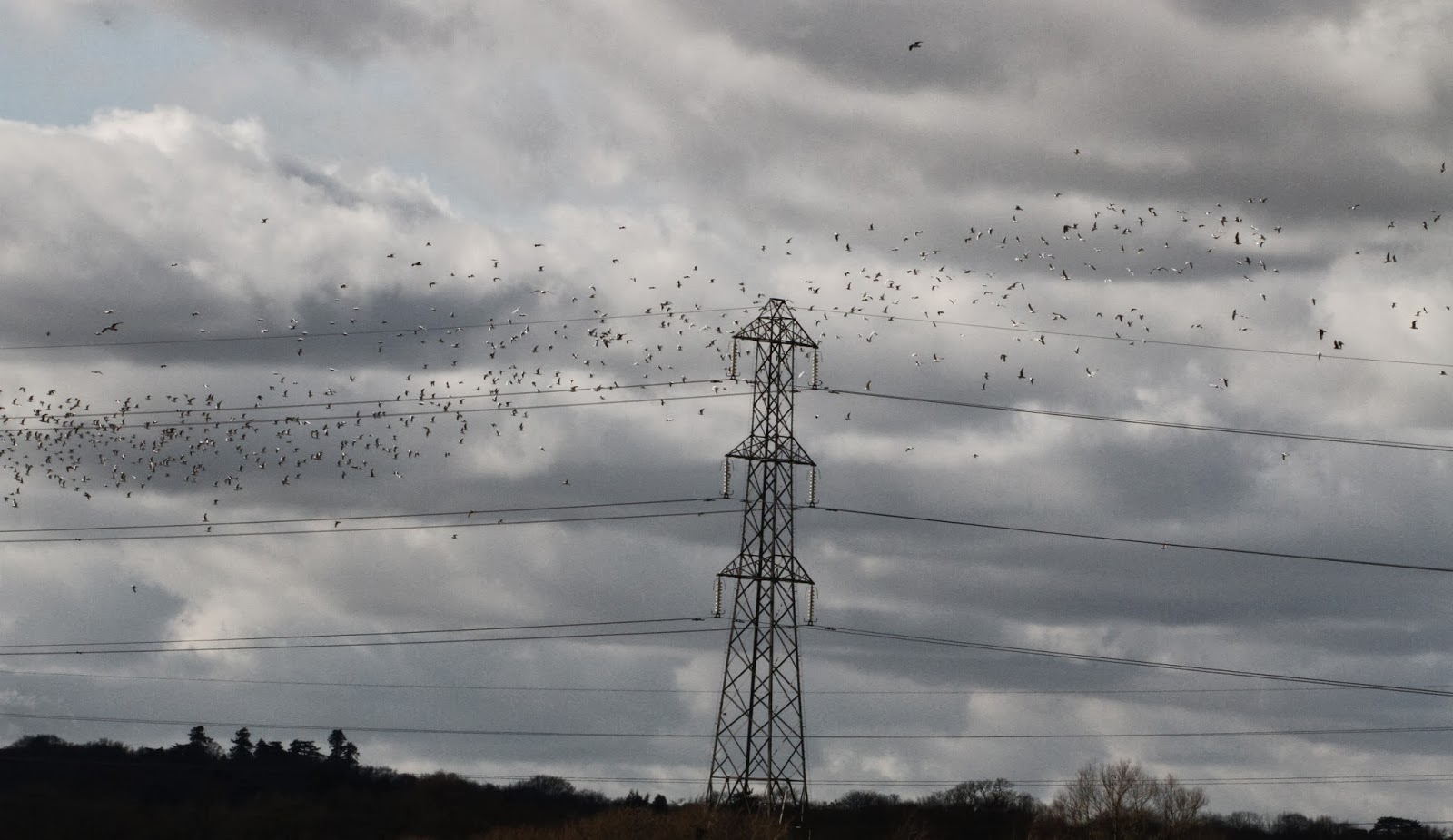 My skills on estimating large numbers of birds is POOR, which
is just being kind to myself. The number of Gulls at the Lakes
and the surrounding Farm Land on Friday were of 'swarm'
proportions and if a figure were to be guessed 5,000 would
surely be well short of the mark? 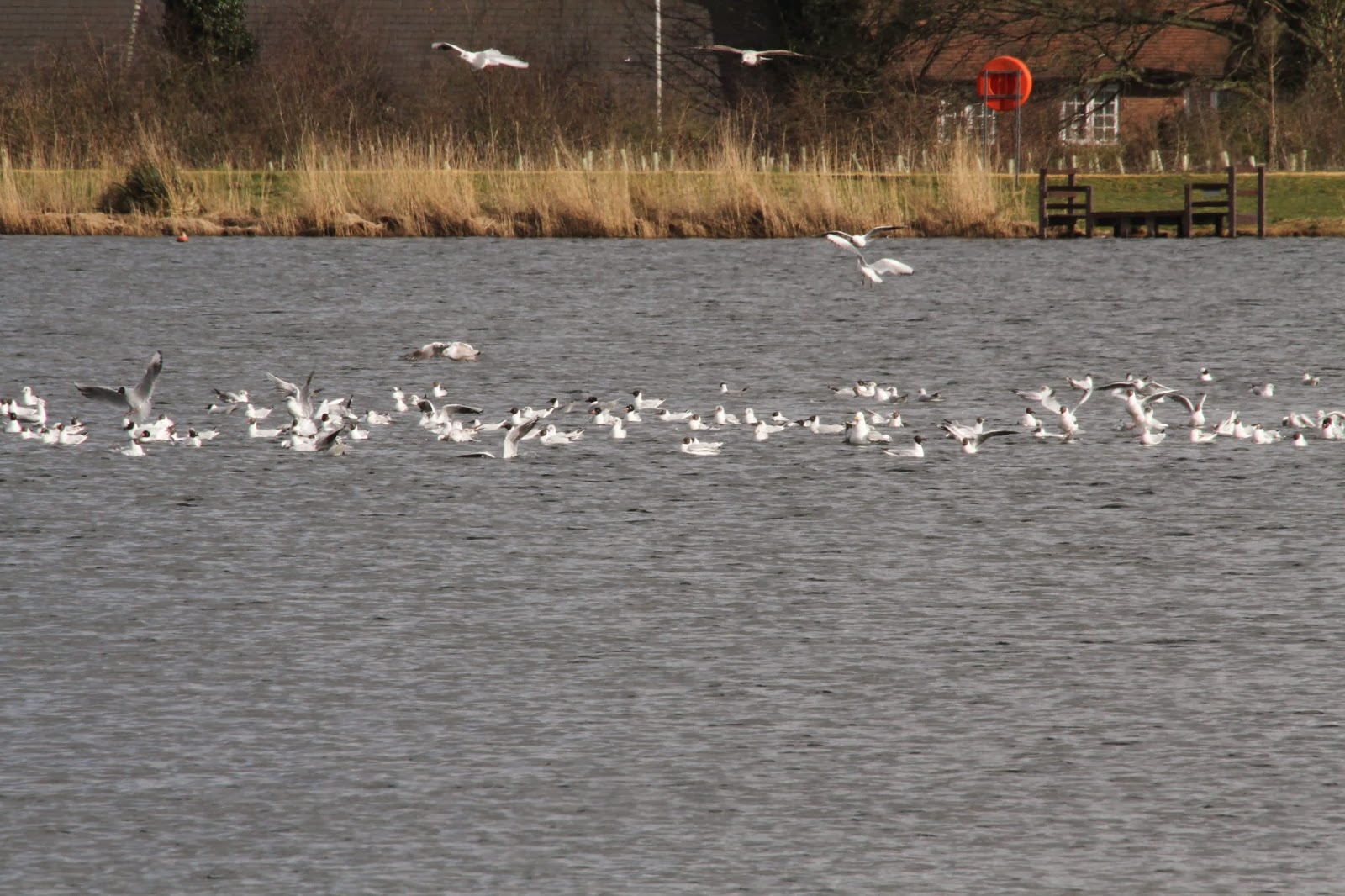 Unfortunately, it was impossible to capture the full dimension, but
sufficient to say that by far the most numerous were Black-headed,
followed by Mediterranean then just a few Common, Herring and
Lesser Black-backed. Closer examination of this image will reveal
a number of Meds. 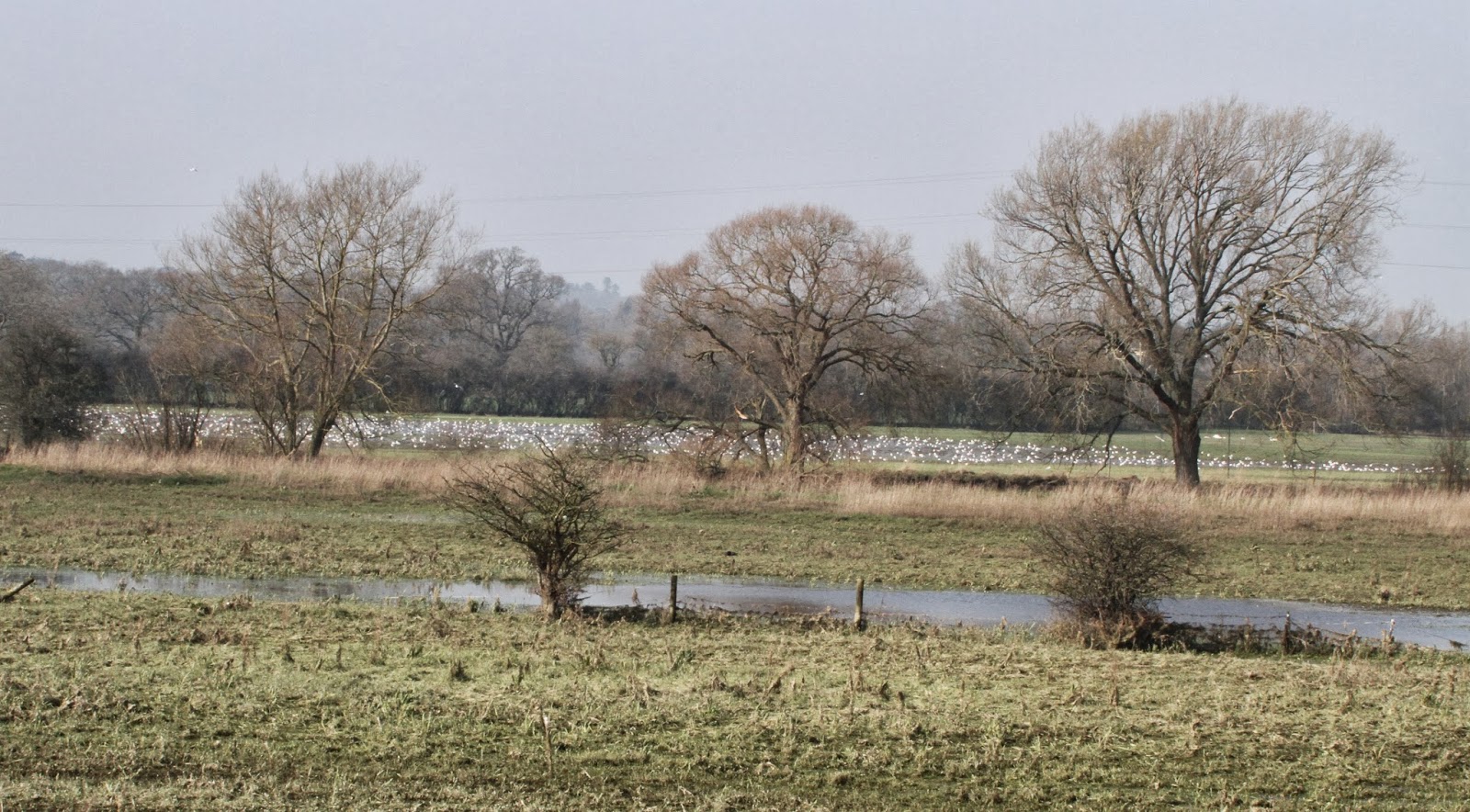 Some of the Gulls may be visible in this shot taken across the
previously flooded meadows. 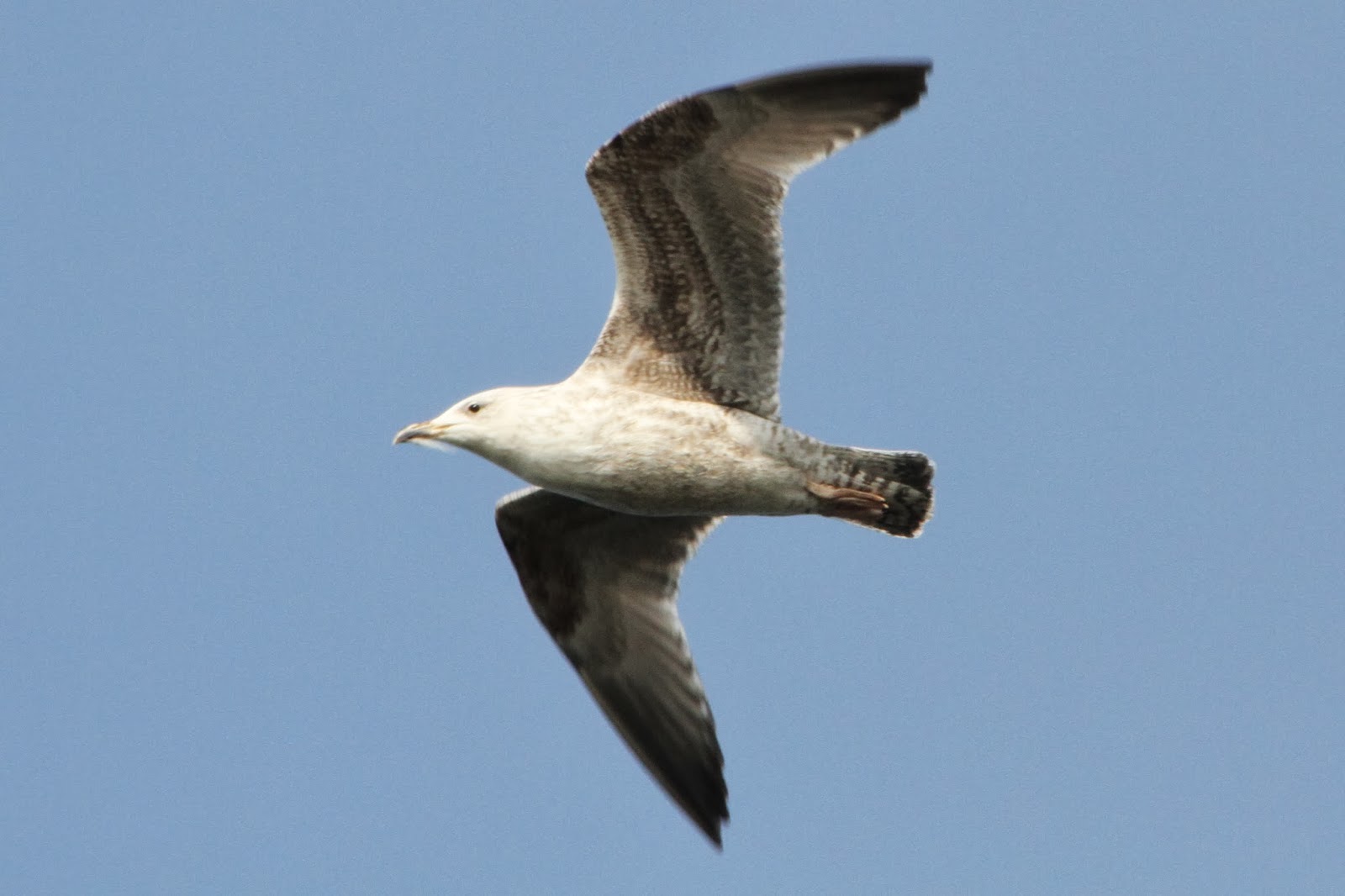 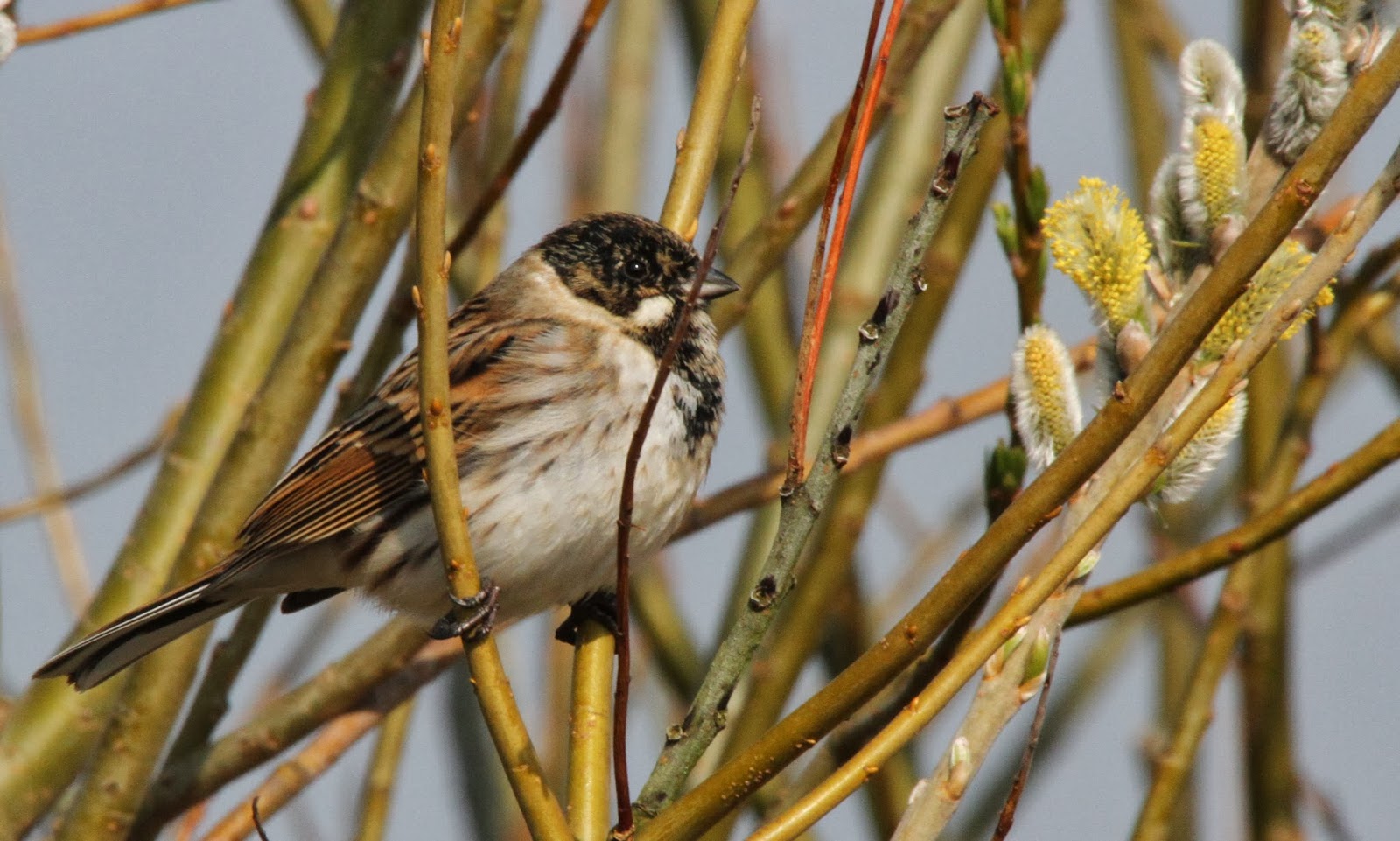 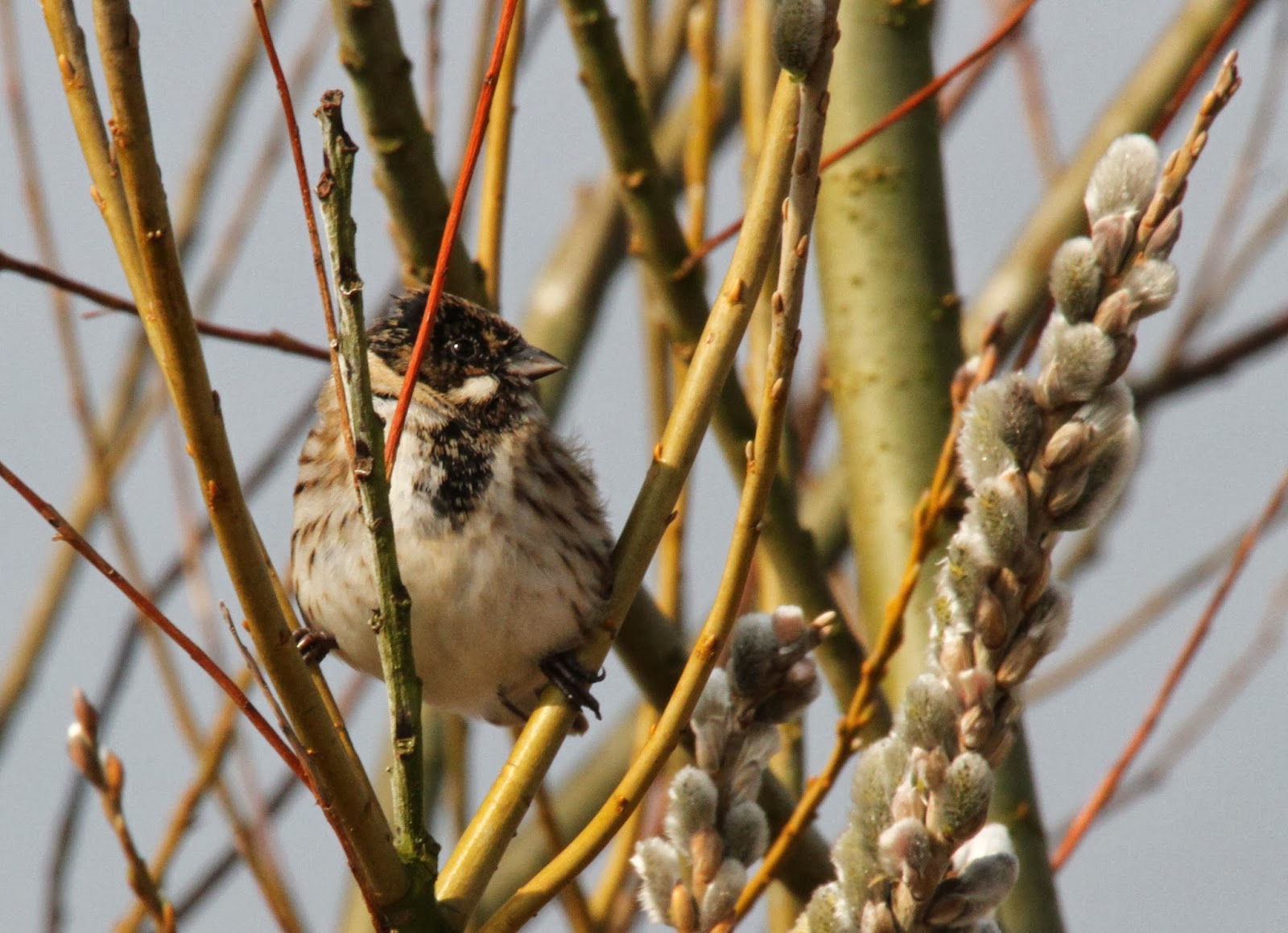 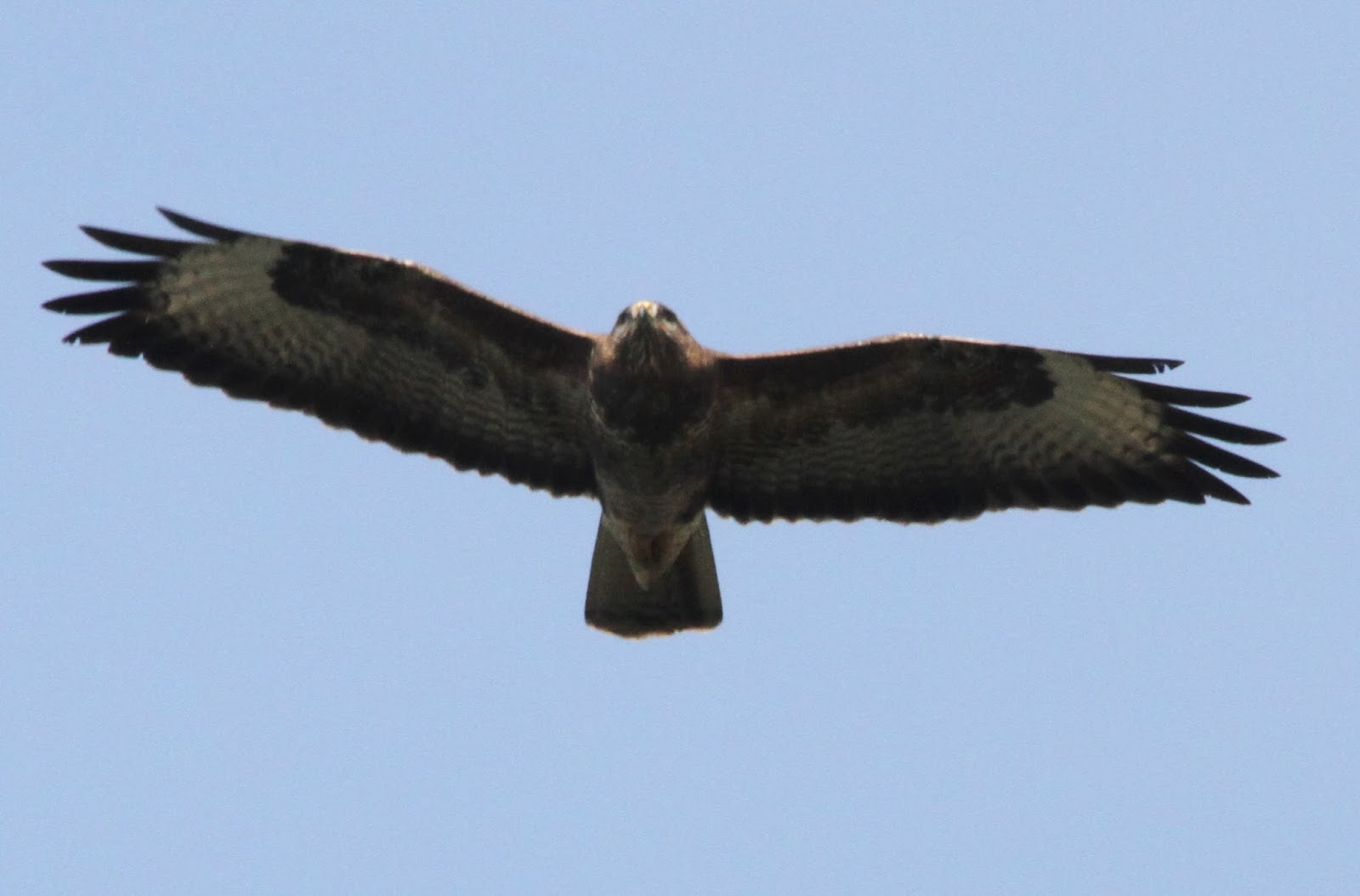 Close encounter with a 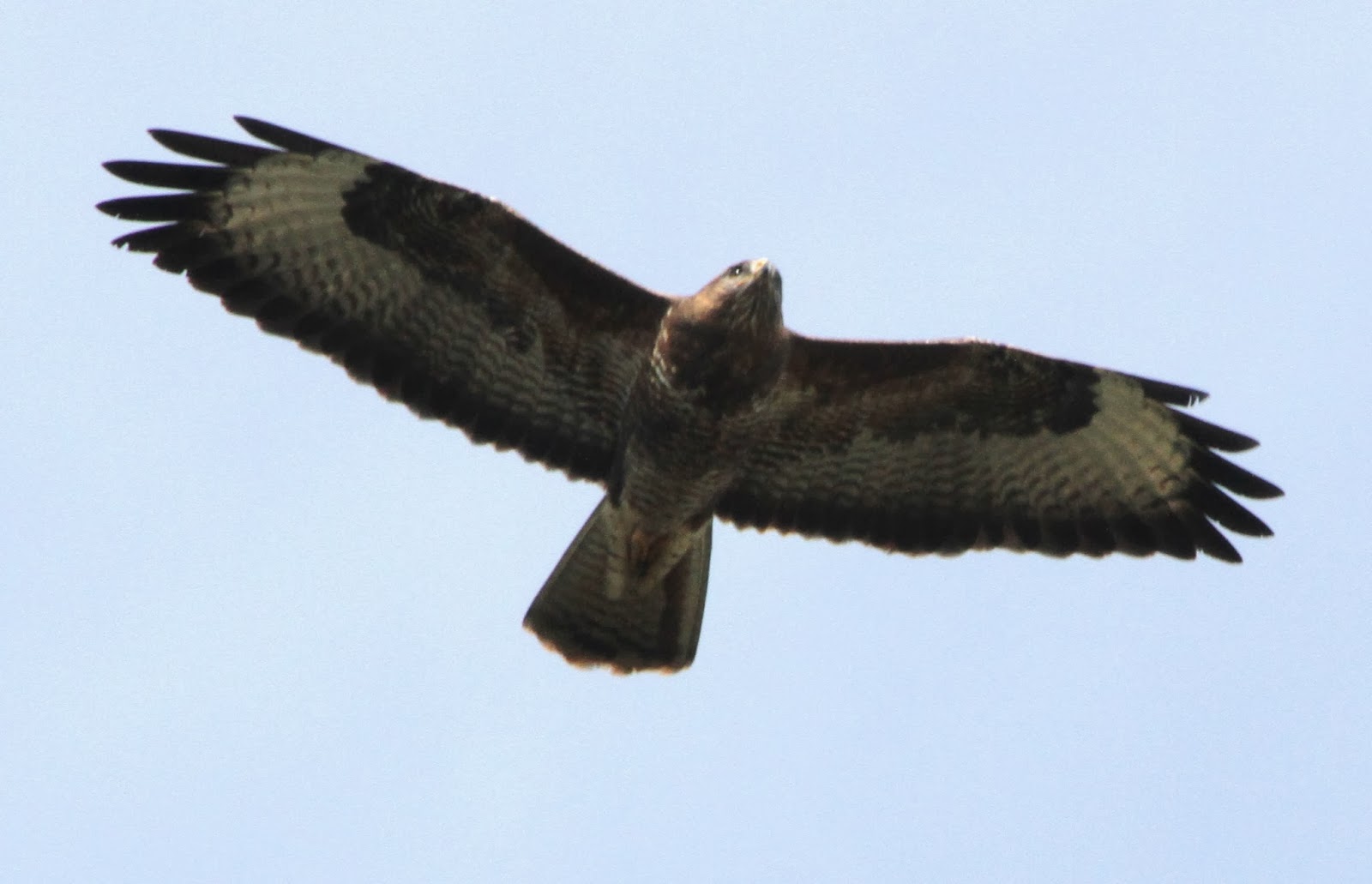 COMMON BUZZARD
and to end what I thought to be a most ingenious photograph
sent by one of our most devoted readers. 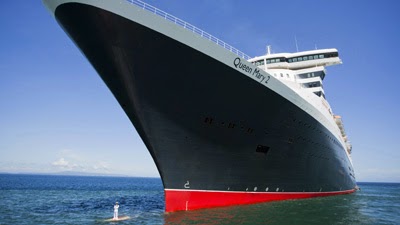 The Captain of Queen Mary 2 got a new perspective on the world's largest ocean liner when he posed for this amazing photograph. Captain Kevin Oprey stood on the ship's bulbous bow, which protrudes from the front of the 151,200 tonne liner, to pose for a portrait with his ship.
Well, if you think he's going to get away with that, try this for size! 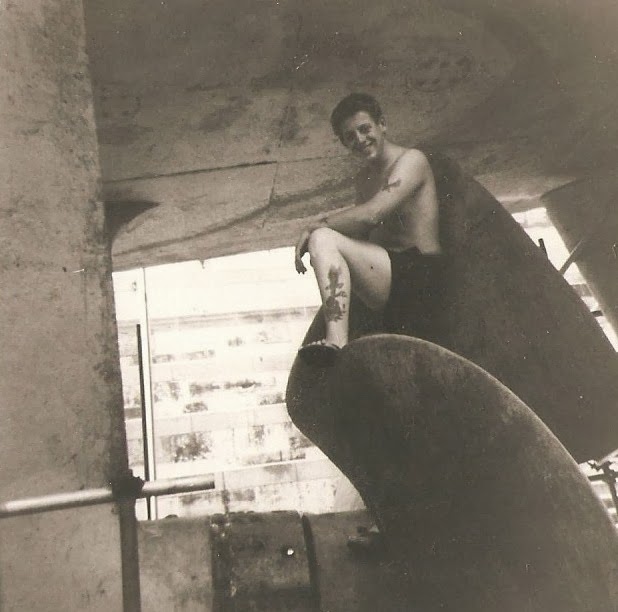 Having attained the 'dizzy heights' of Able Seaman in the Royal Navy
by 1964, this shot was taken sitting on the screw (propeller) of
the Tribal Class Frigate
HMS ESKIMO
during refit in Portsmouth Dockyard prior to a years deployment
to the Persian Gulf and Indian Ocean.
15 - 2 that one Skips!
Posted by Bagsy at 16:41