Twixt the Moth Traps and the strange Gull activity at the Parley Pond, using the car as a 'hide' I chose the latter. While there is a senior gentleman who visits the pond on a daily basis and deposits bread and cakes (for the Ducks) that would easily fill the shelves of any supermarket, the 'larger' Gulls are 'never' seen feeding here. Today was the exception to that rule and while the 'small camera' was the only one to hand these images of 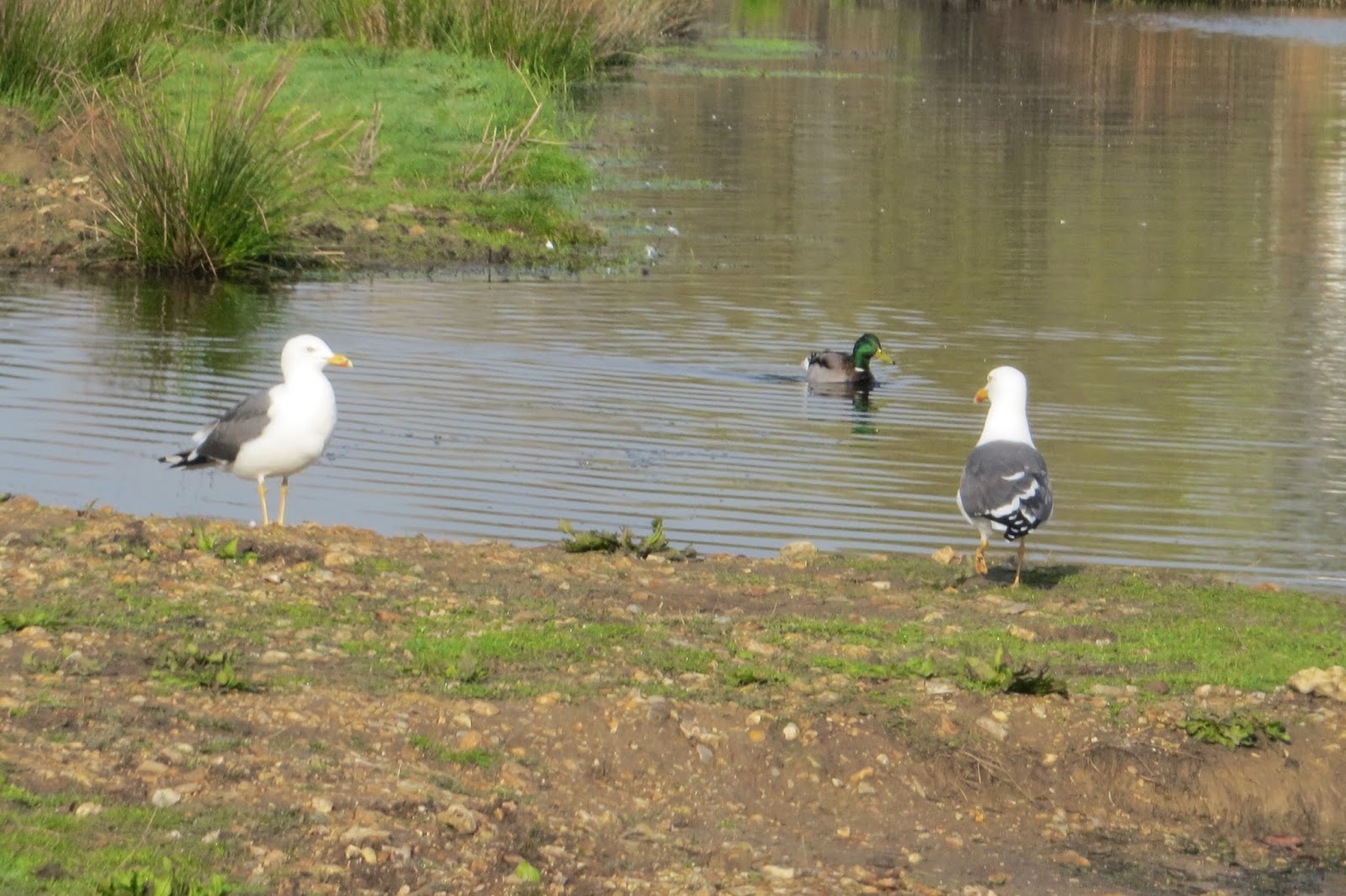 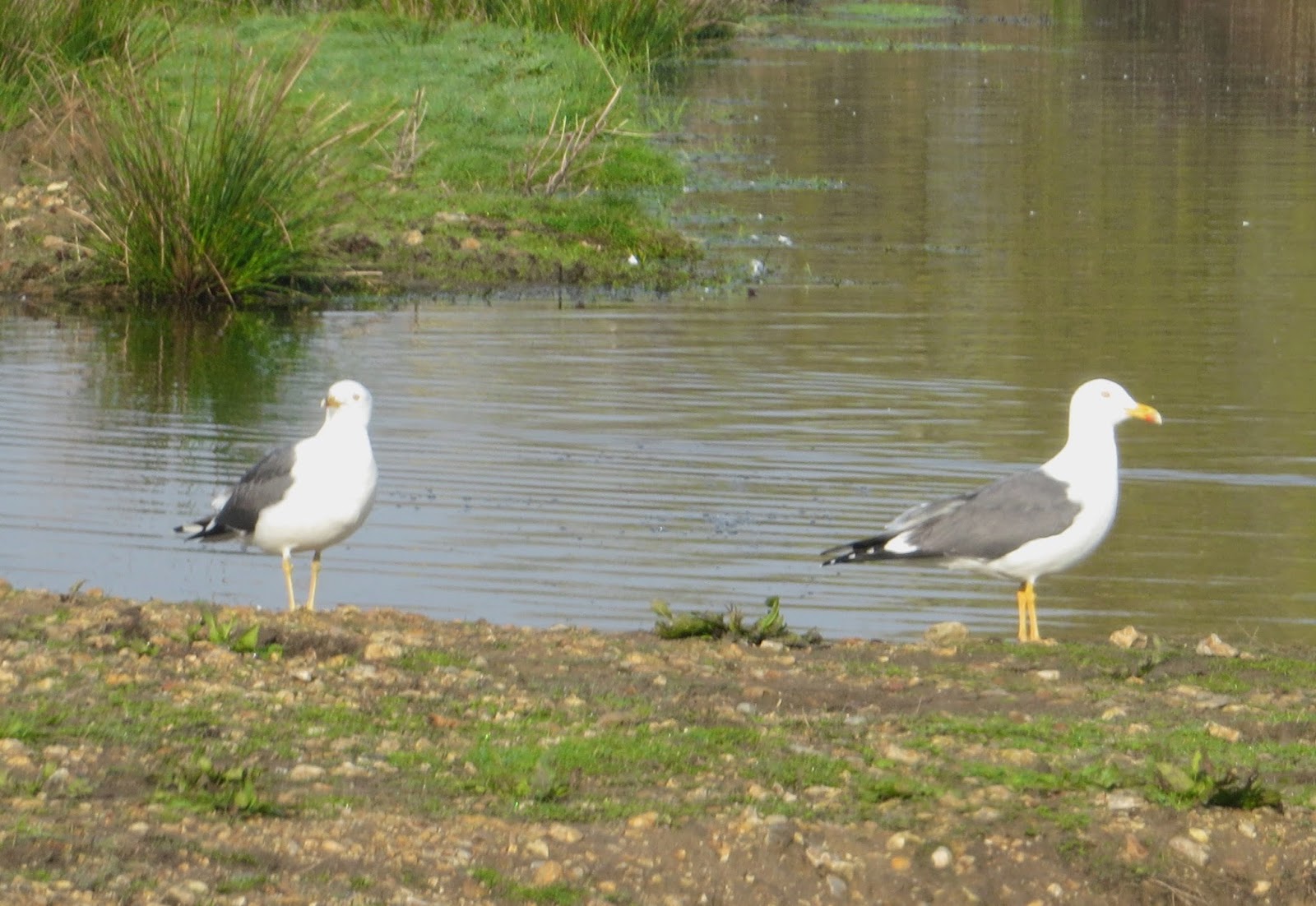 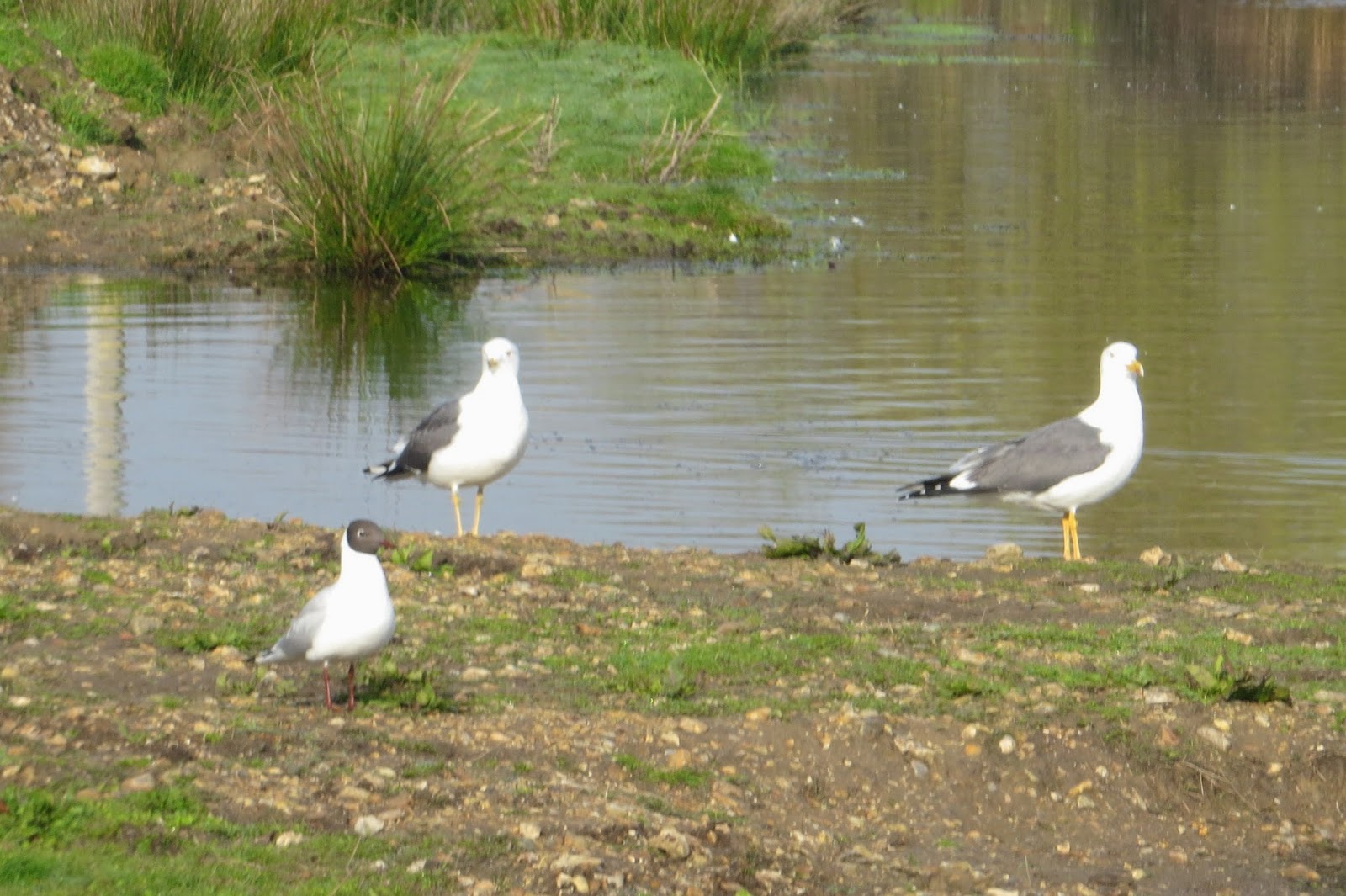 never before seen to land on the property, were taken for the record.
(seen here with regular feeders Black-headed Gull)
Returning to the house to pick up the bigger equipment, by the time
I got back the 'Lessers' had gone only to be replaced by a similar couple of 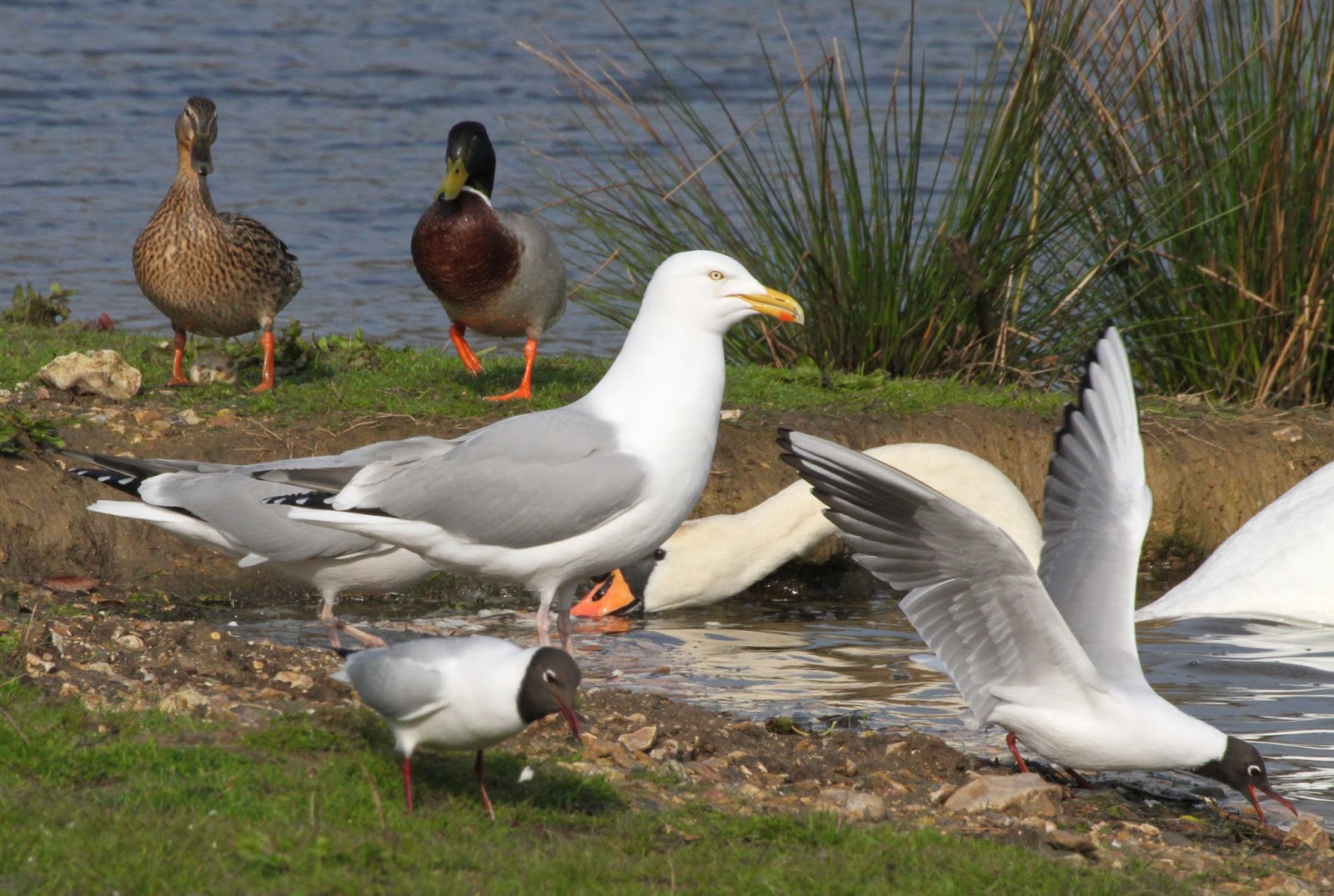 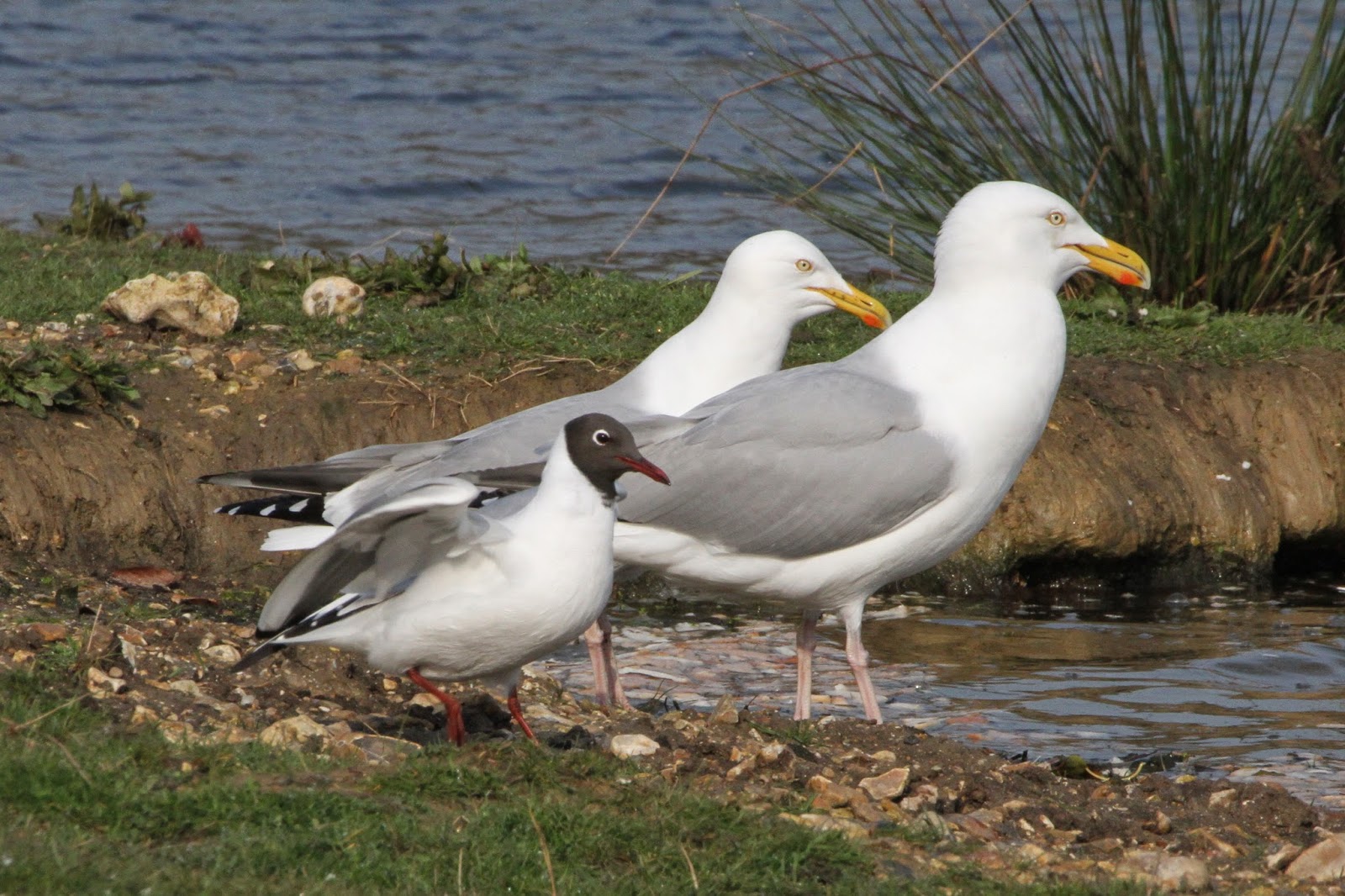 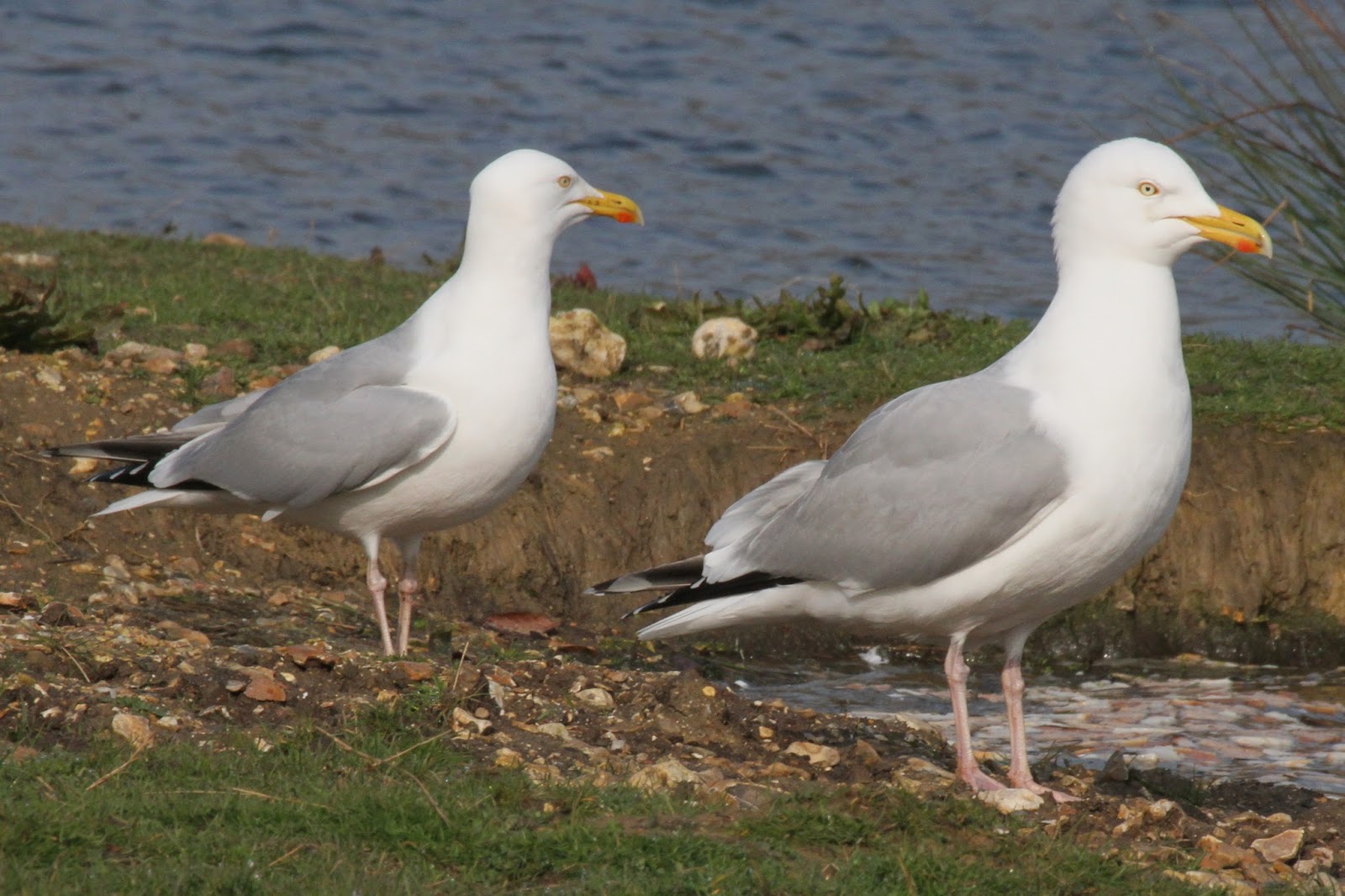 These are regularly seen feeding on open fields but seem to shun habitation. 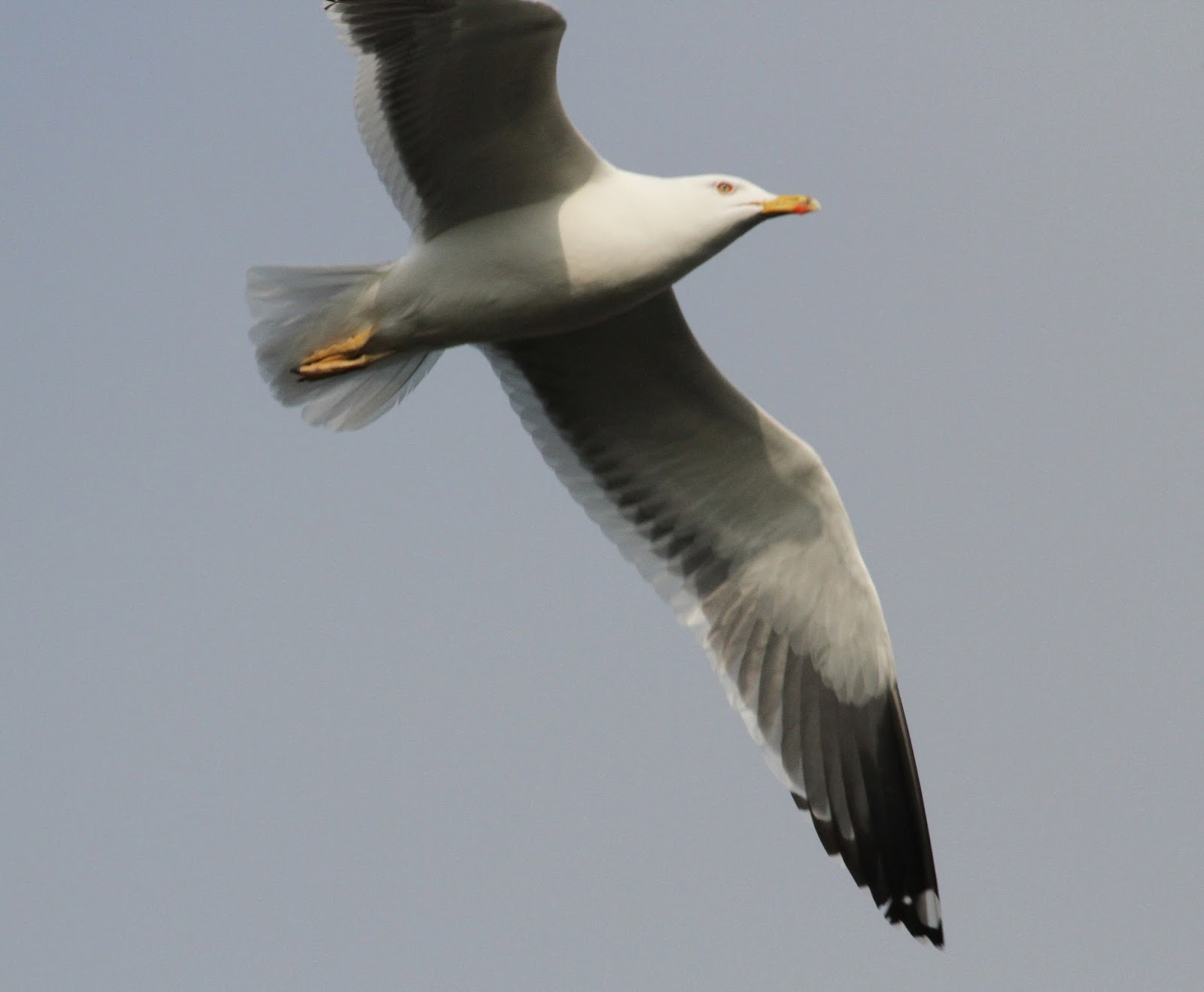 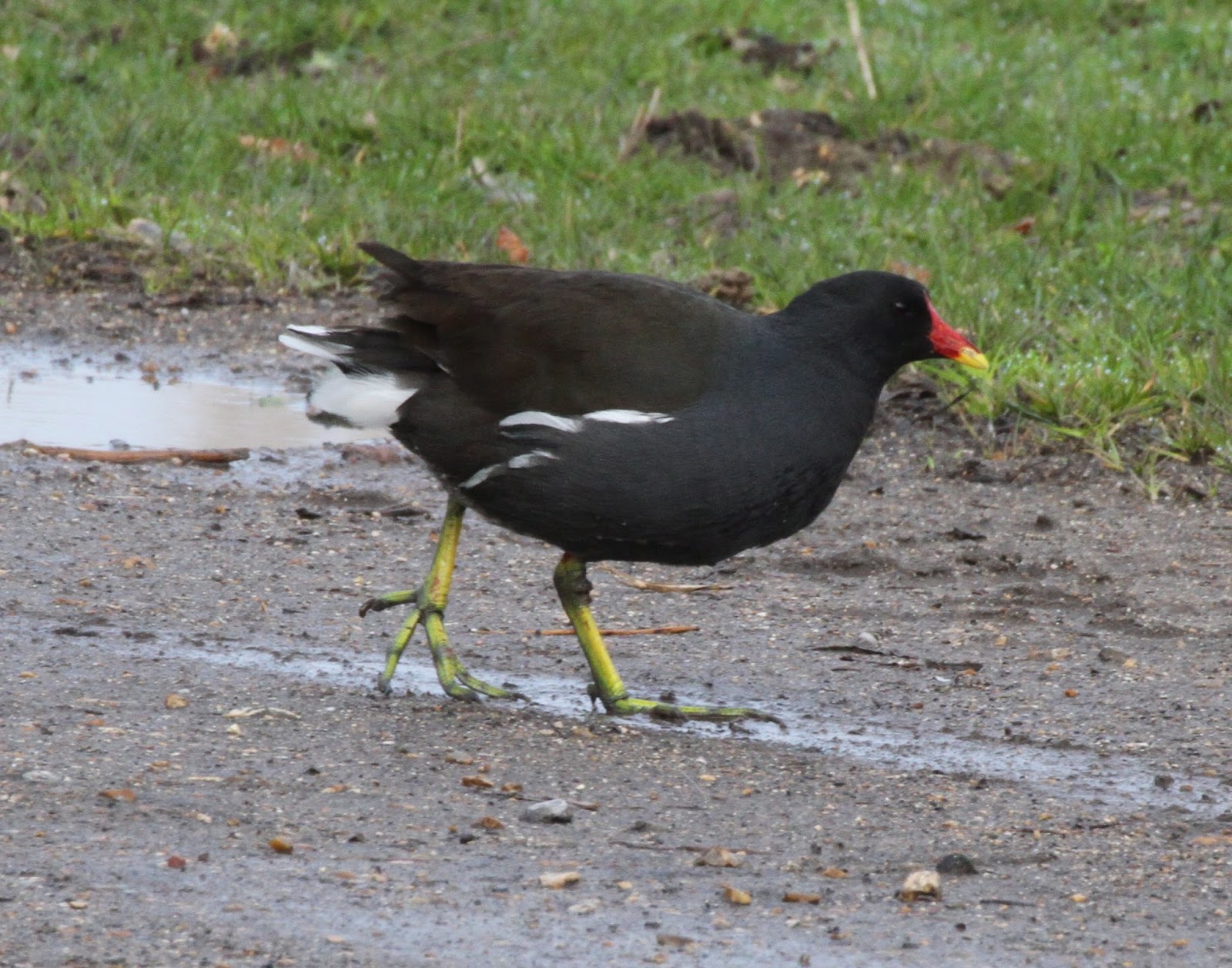 While poised, advantage was taken of a close approach 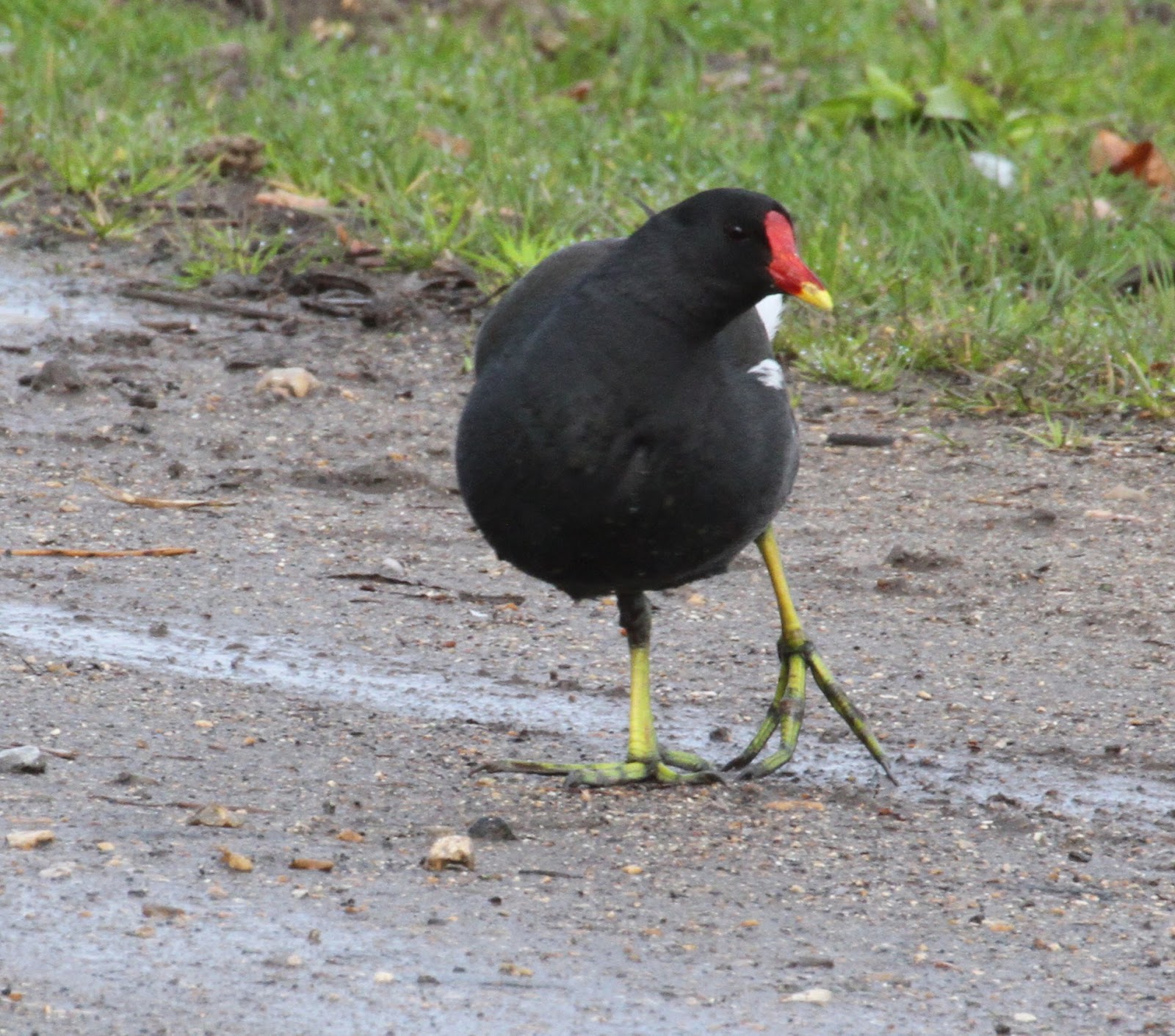 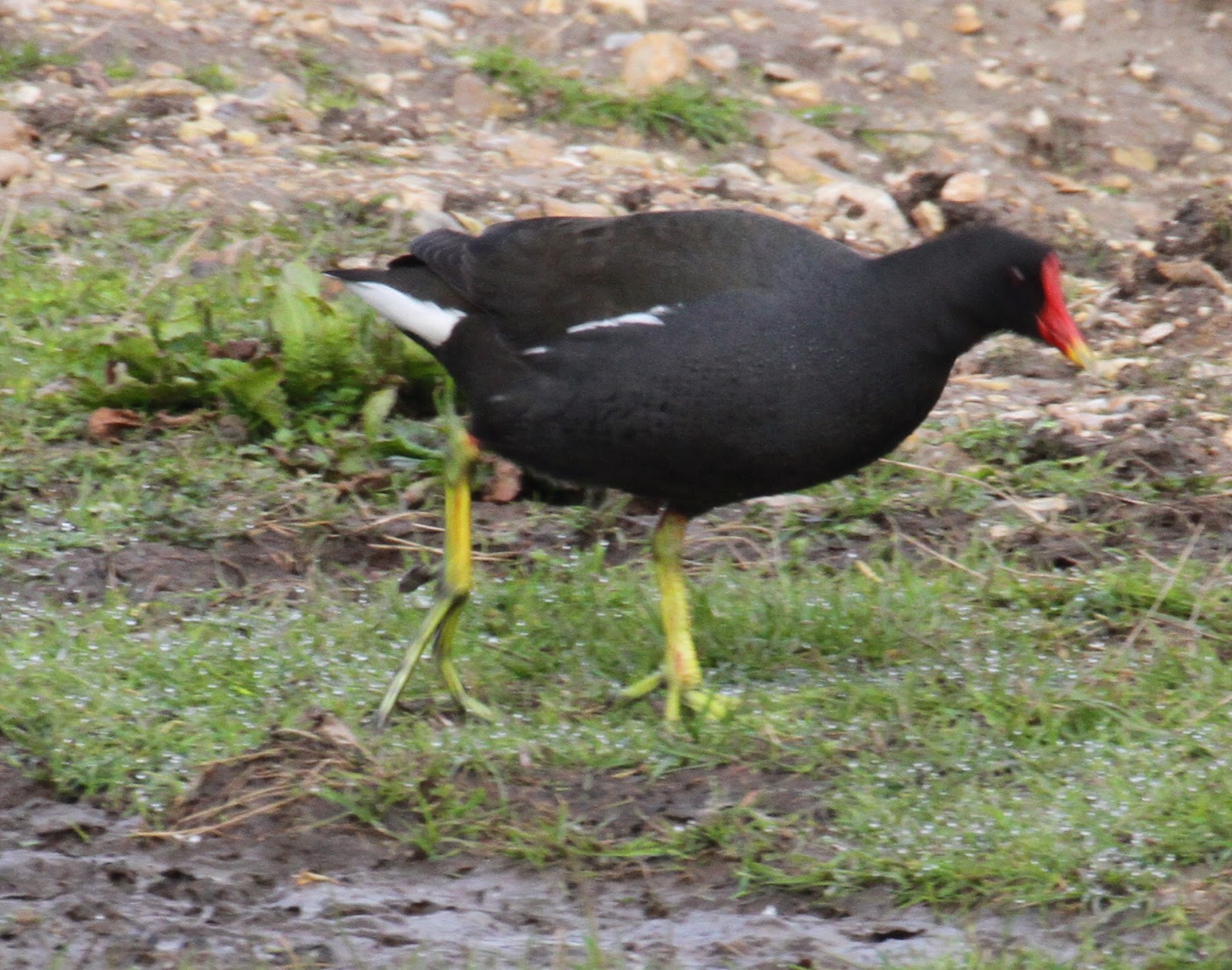 which usually keep their distance, 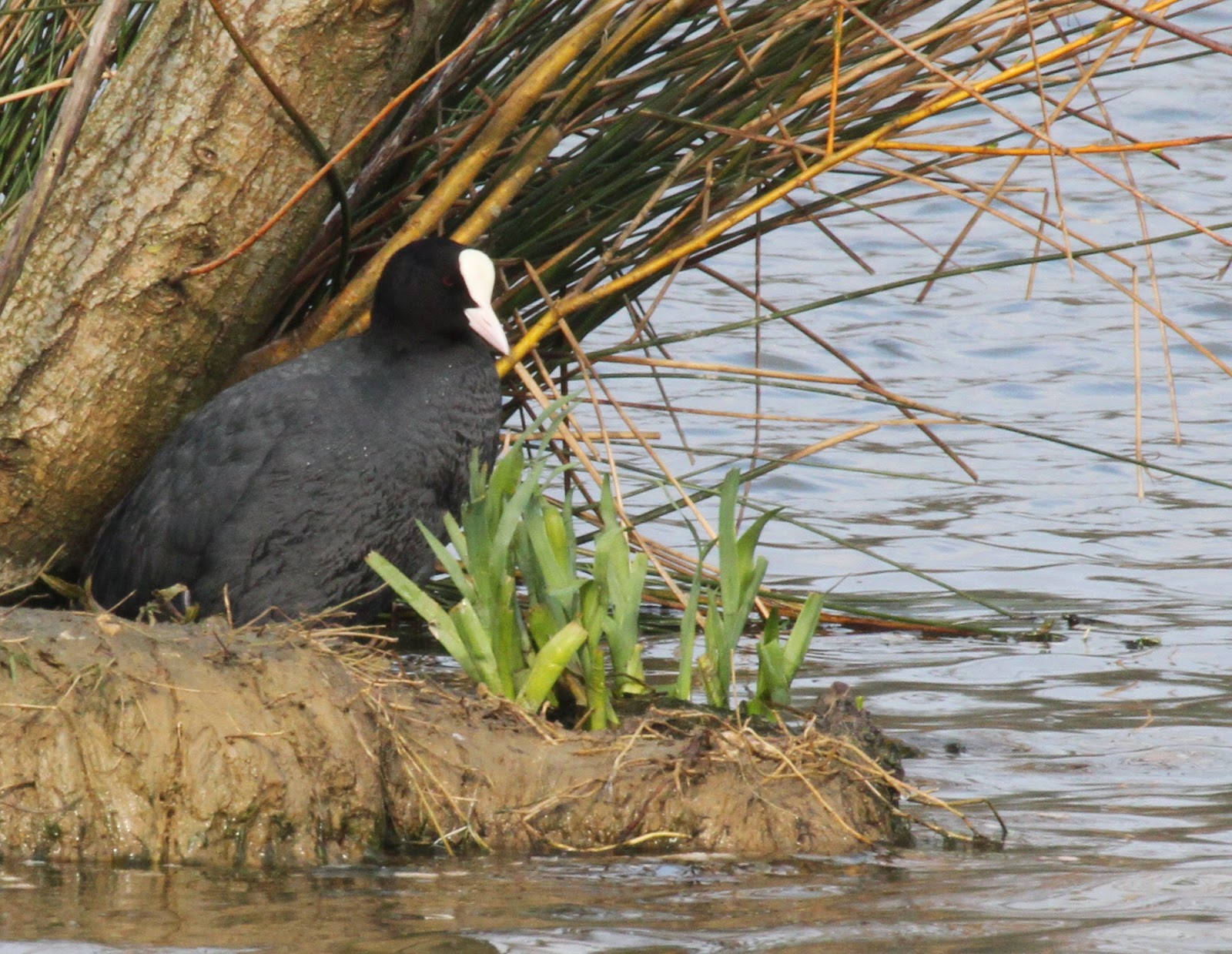 a not so close
COOT 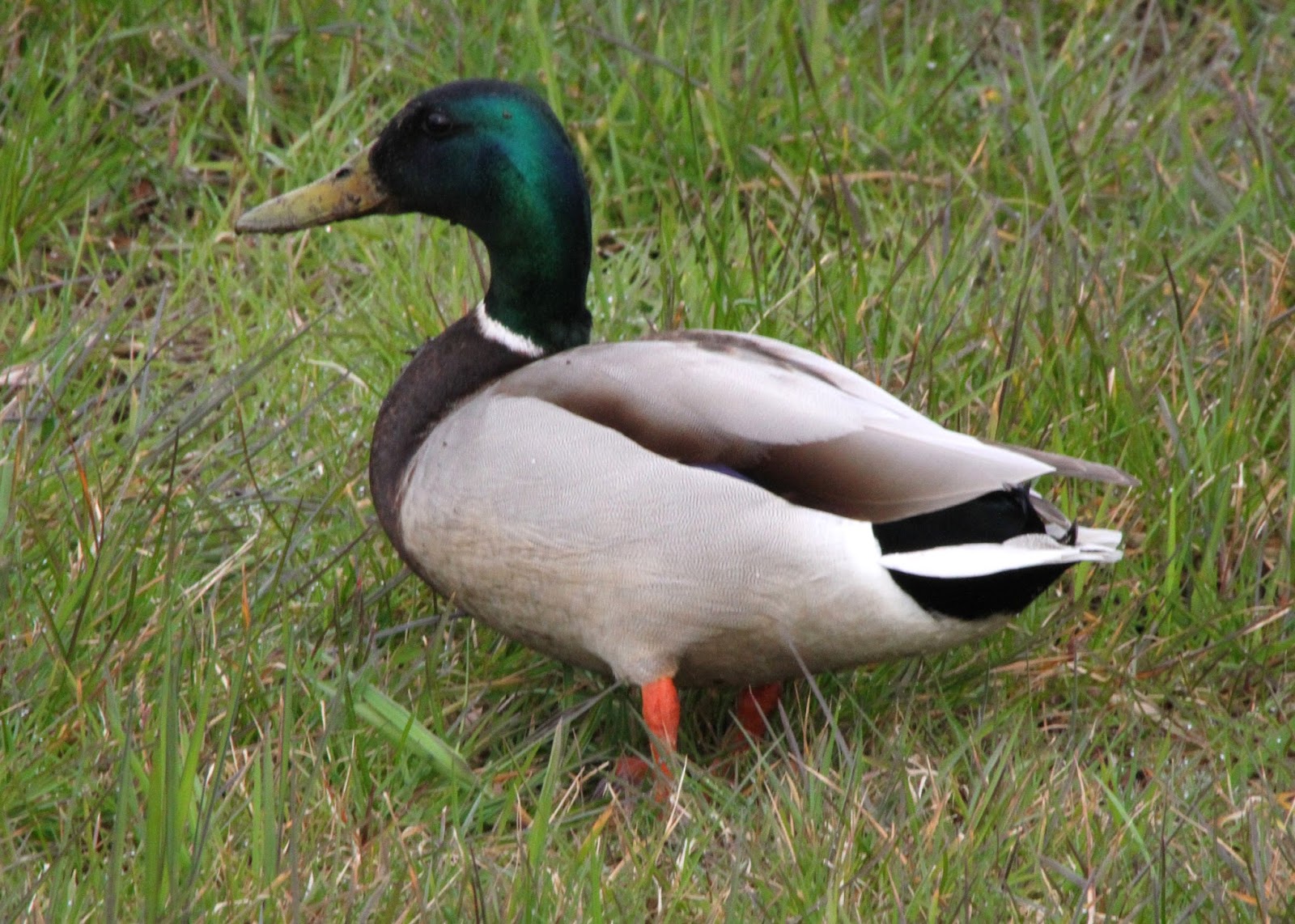 and a 'point blank'
male MALLARD. 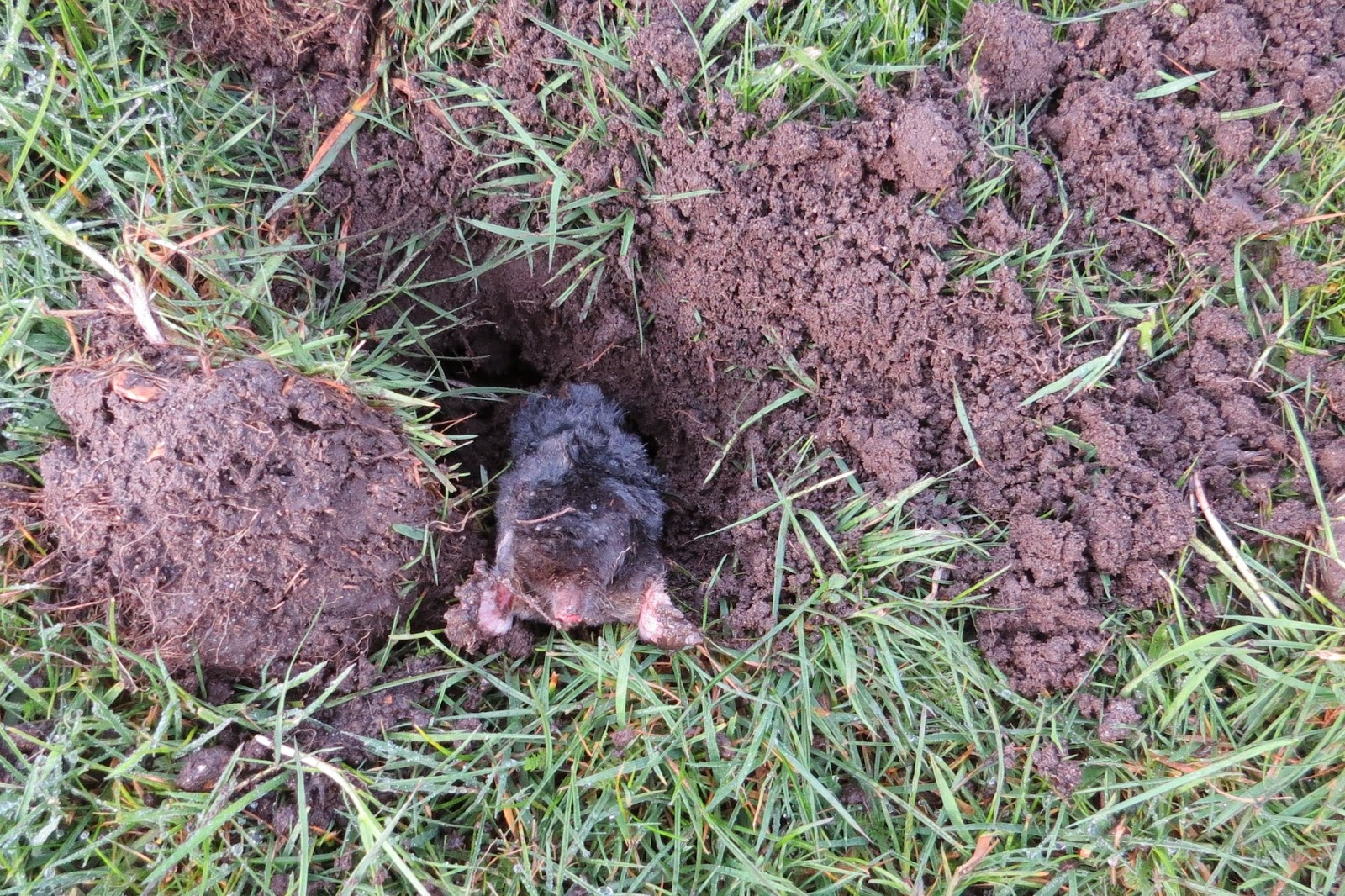 On the back lawn Gramps was doing his best to eradicate
Mr and Mrs MOLE
as I wandered off to the traps.
A night of heavy rain showers and a burst of HAIL while
springing out of the 'hammock' left little in the traps save for c2 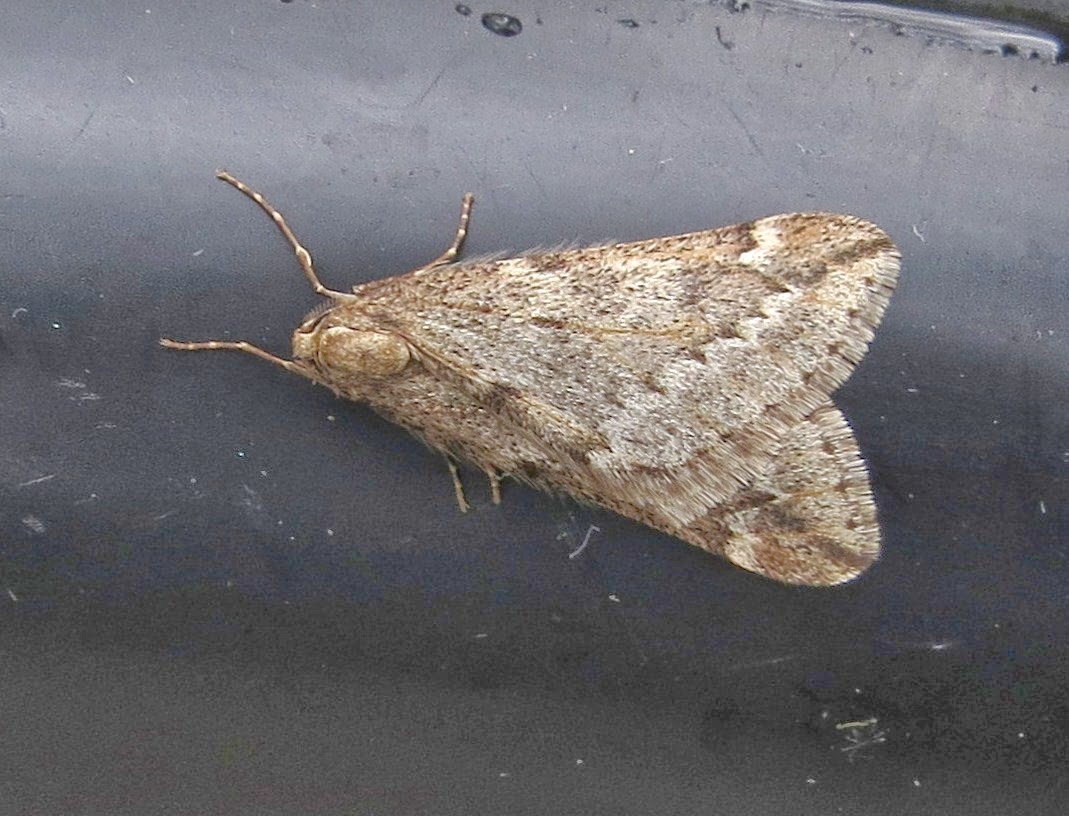 MARCH MOTH
the best today in that category, 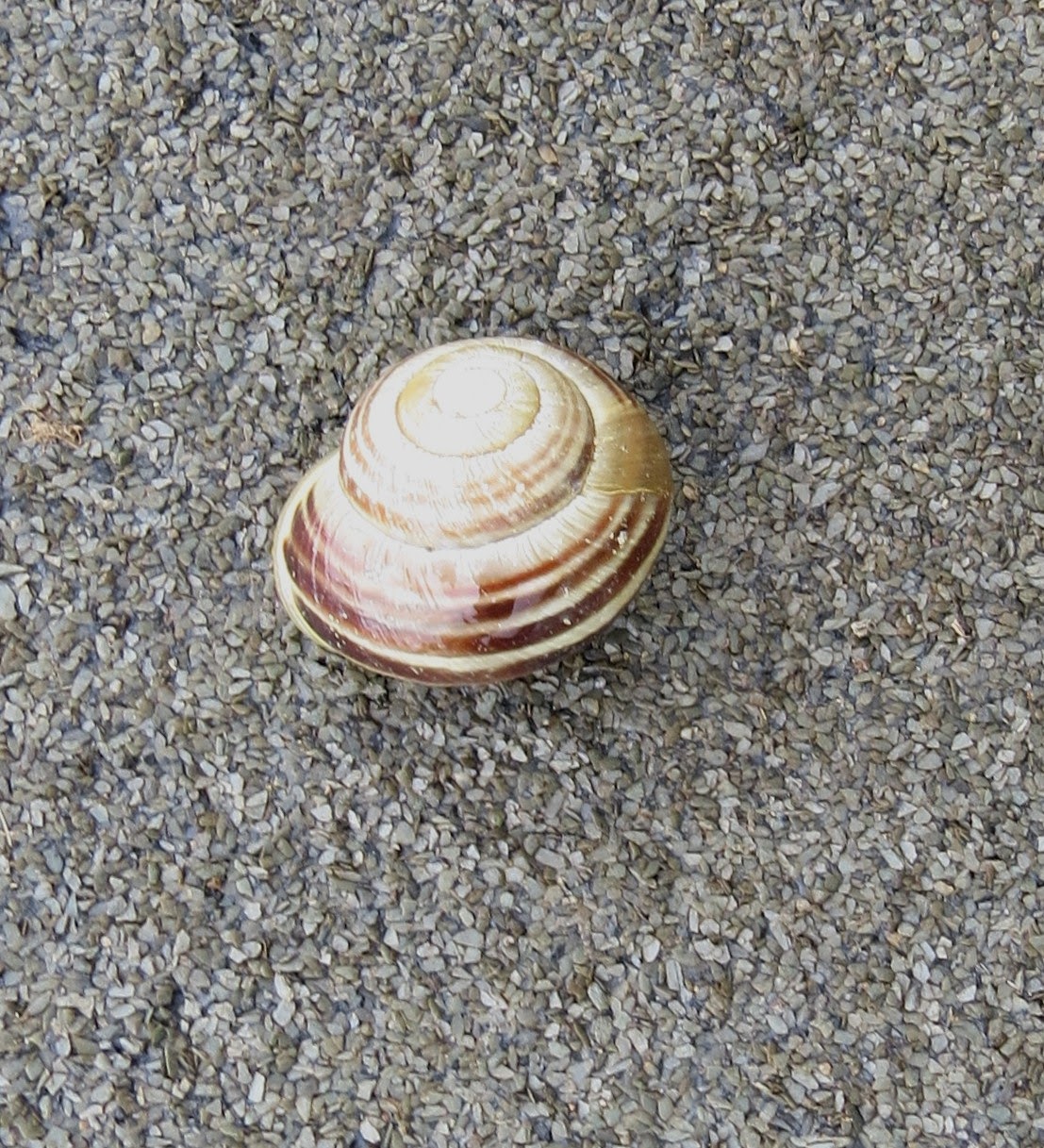 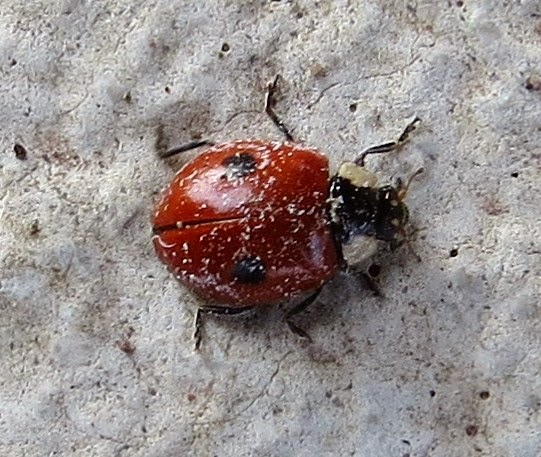 plus
TWO-SPOTTED LADYBIRD.
Longham Lakes don't just present a fantastic waterside habitat with
associate bushes and trees, it also features what I like to call a
BIG SKY.
With the likes of Red Kite and Common Buzzard, already seen close to here in recent days, and 'goodies' such as Osprey and White Stork being sighted in various other areas a 'Weather Eye' needs to be kept particularly skywards. While only c5 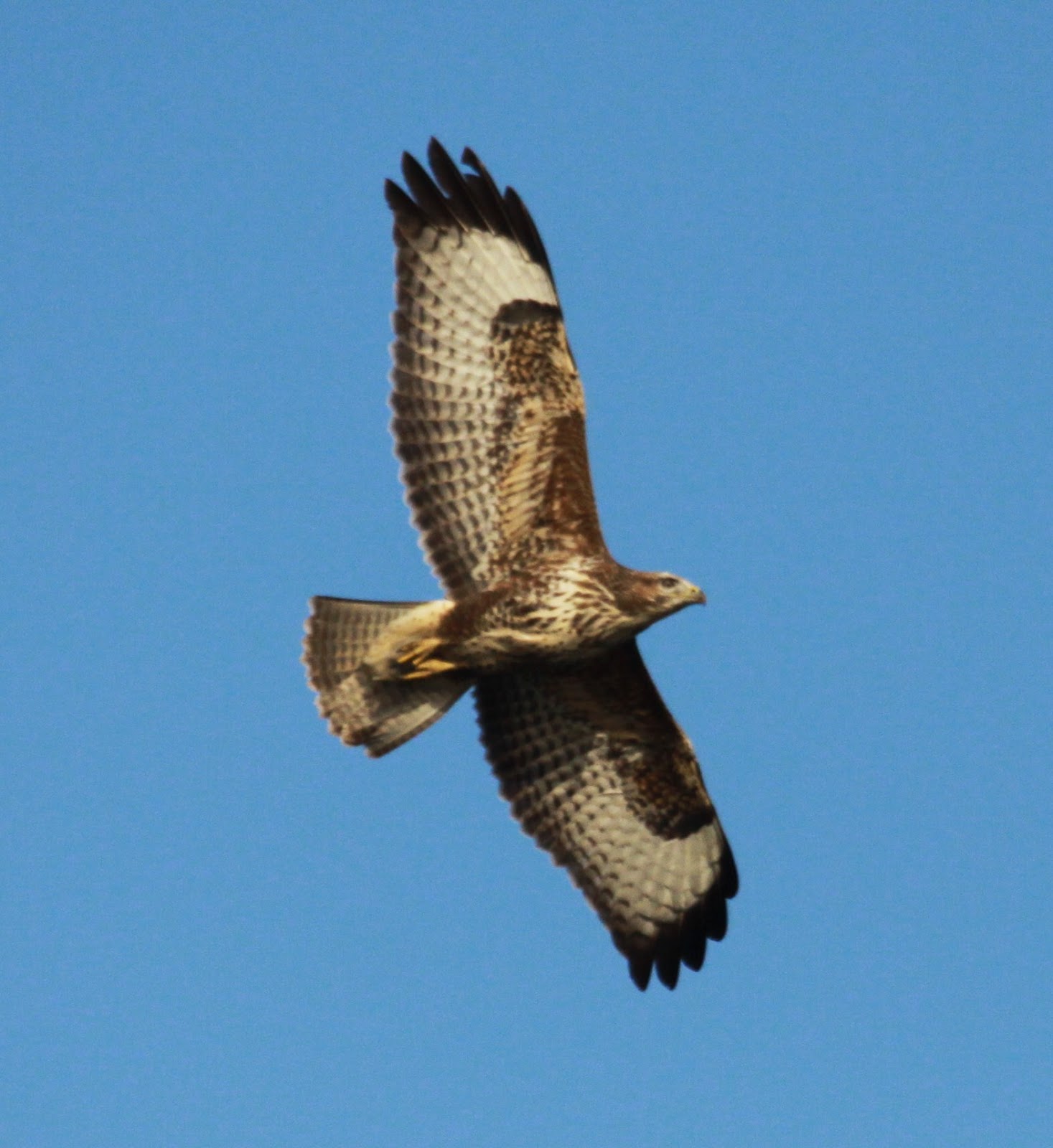 COMMON BUZZARD
were seen today, there must be others to come!
Yesterday, I spent a fair bit of time at the same location trying to photograph 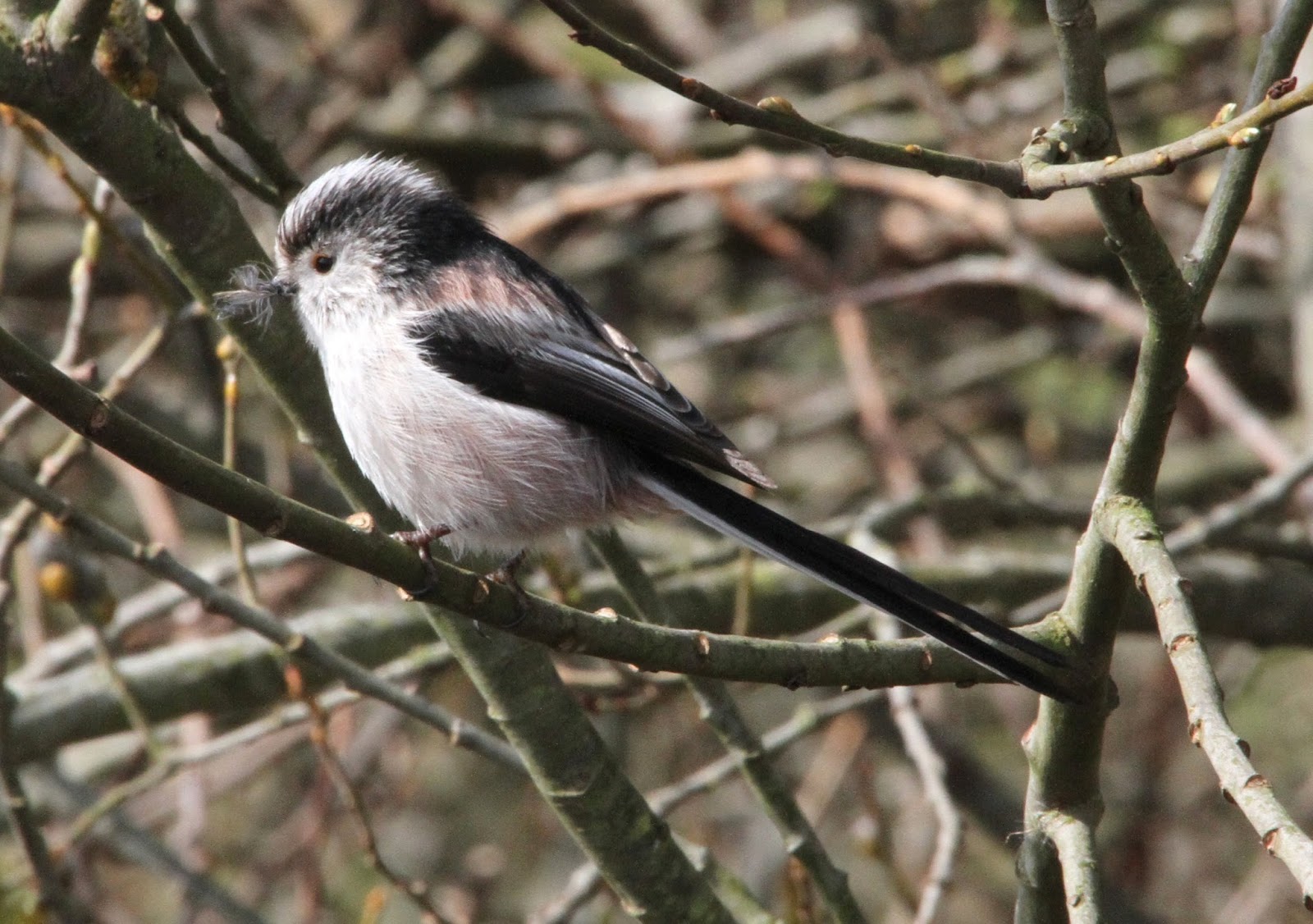 LONG-TAILED TIT
in the tree tops without much success. 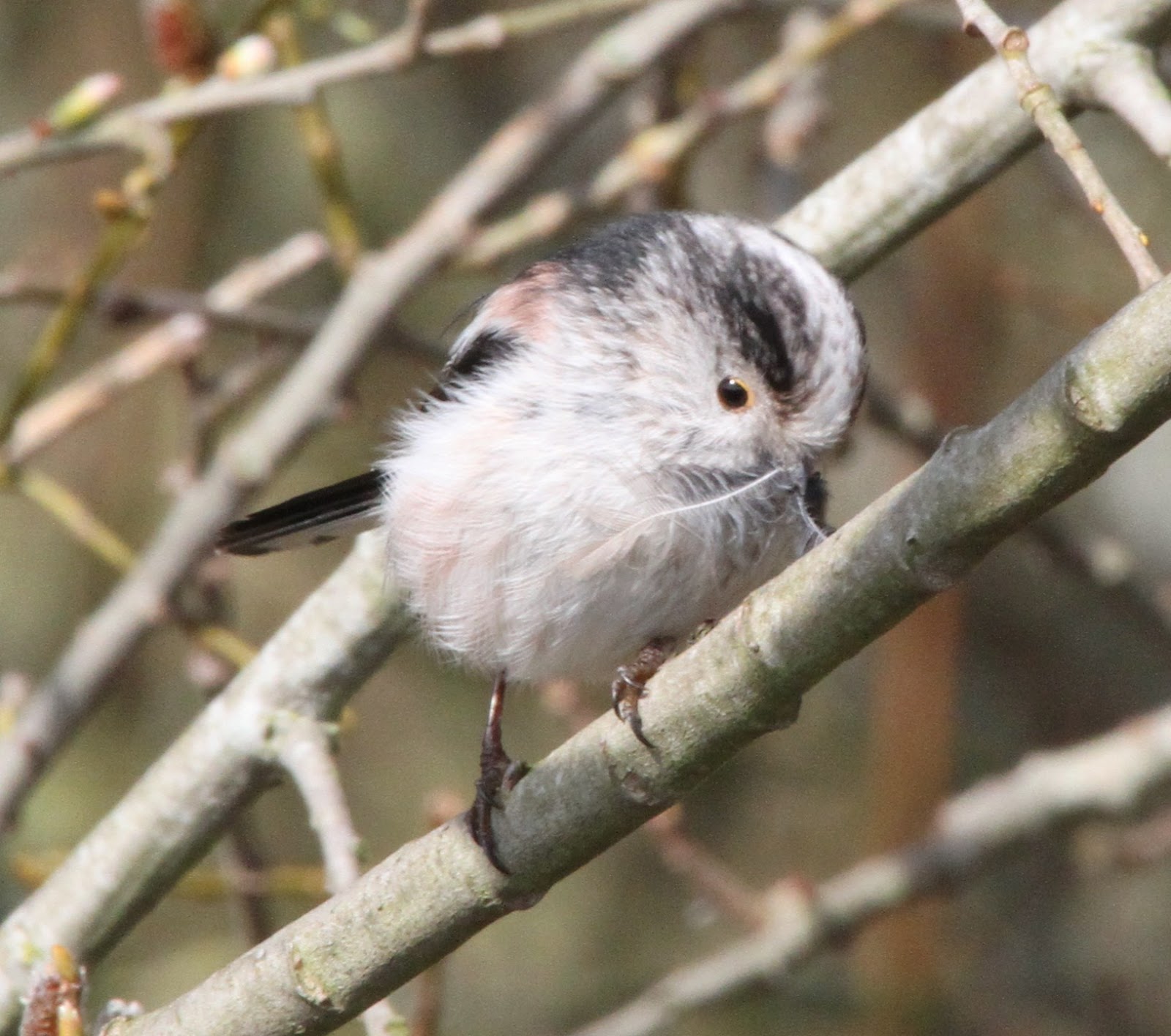 Today with only 10 minutes behind me this one showed up 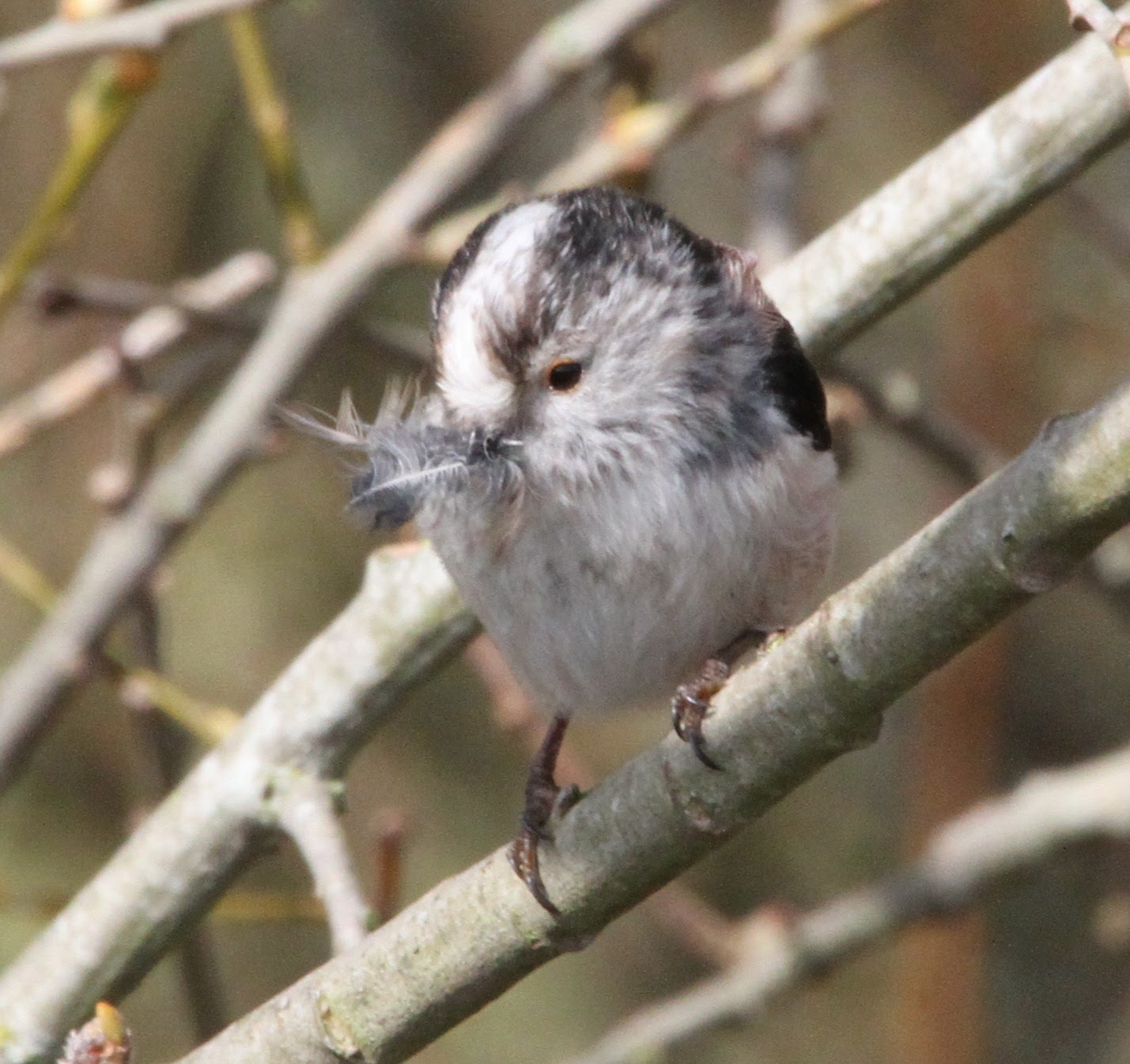 at close quarters Feathering its own nest.
HAPPY ANNIVERSARY TO 'RADIO CAROLINE'
50 Years to the Day since first transmission!

It's been some time since the UAE graced our Top Ten Readership and we would like to welcome them back. Strangely, this coincided with receipt of an E-mail from a long lost niece who is currently holidaying in Dubai, so may account for the increase in reader numbers. Will be in touch soon Vicki.
Posted by Bagsy at 14:31