When in casual conversation with other, far more experienced, Moth-ers and mention was made of the  the close proximity of Merritown Heath to Parley Court Farm (adjoining) much more than a little interest was generated. Location, habitat, food plants etc are all considerations in this pursuit and while a particular species may be found in one part of the county it could be completely absent from another. It was revealed that this Heath is home to a number of scarce Moths including Lead-coloured Drab. On the strength of this long-time friend, amateur Entomologist and excellent all round naturalist Dave Foot made representation to visit the property and run some traps. Hugh and Janet had no problem with this and when Dave suggested he bring his own tent, he was quickly offered the en-suite spare room. 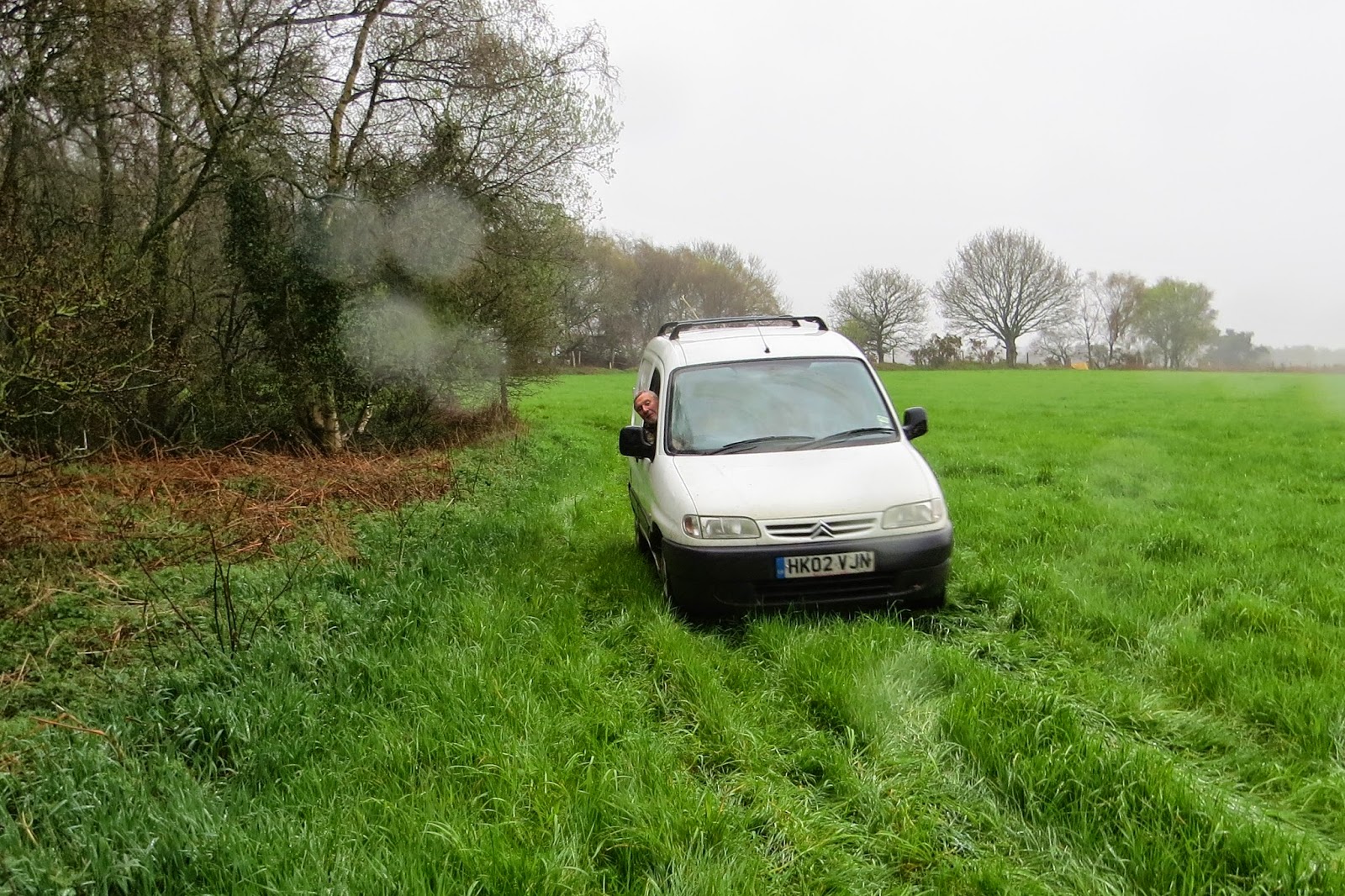 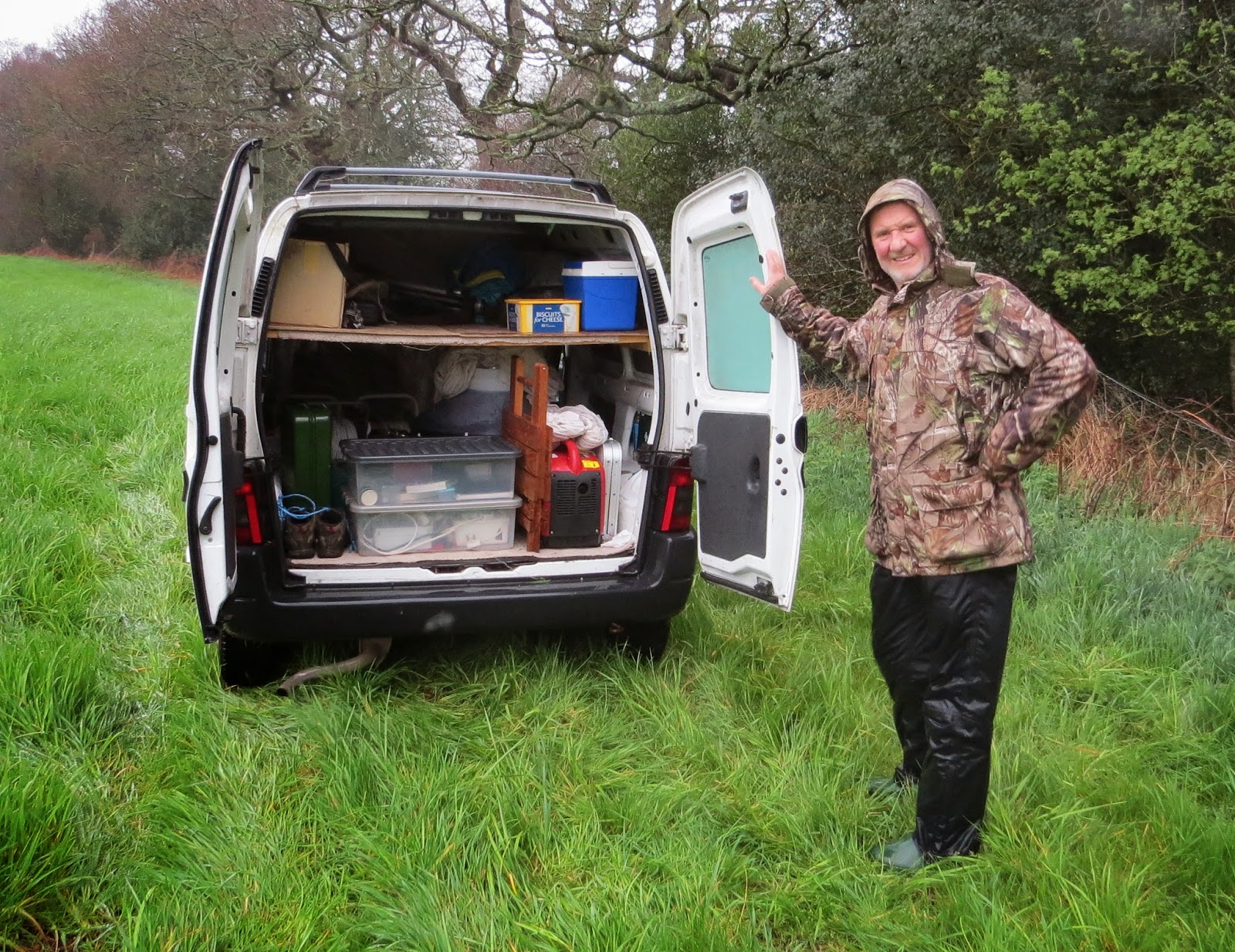 between us we quickly emptied his bespoke van of all the equipment needed, 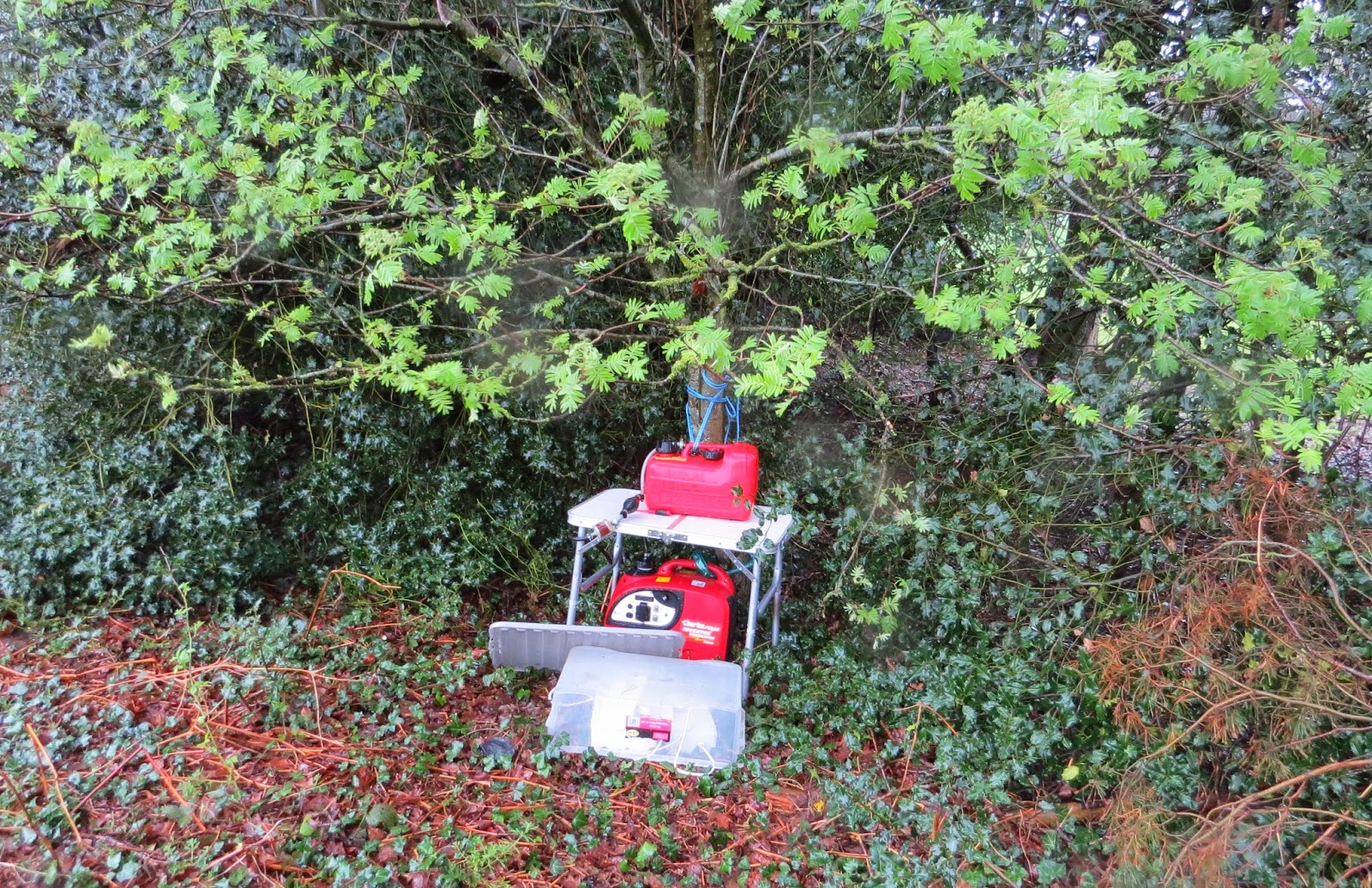 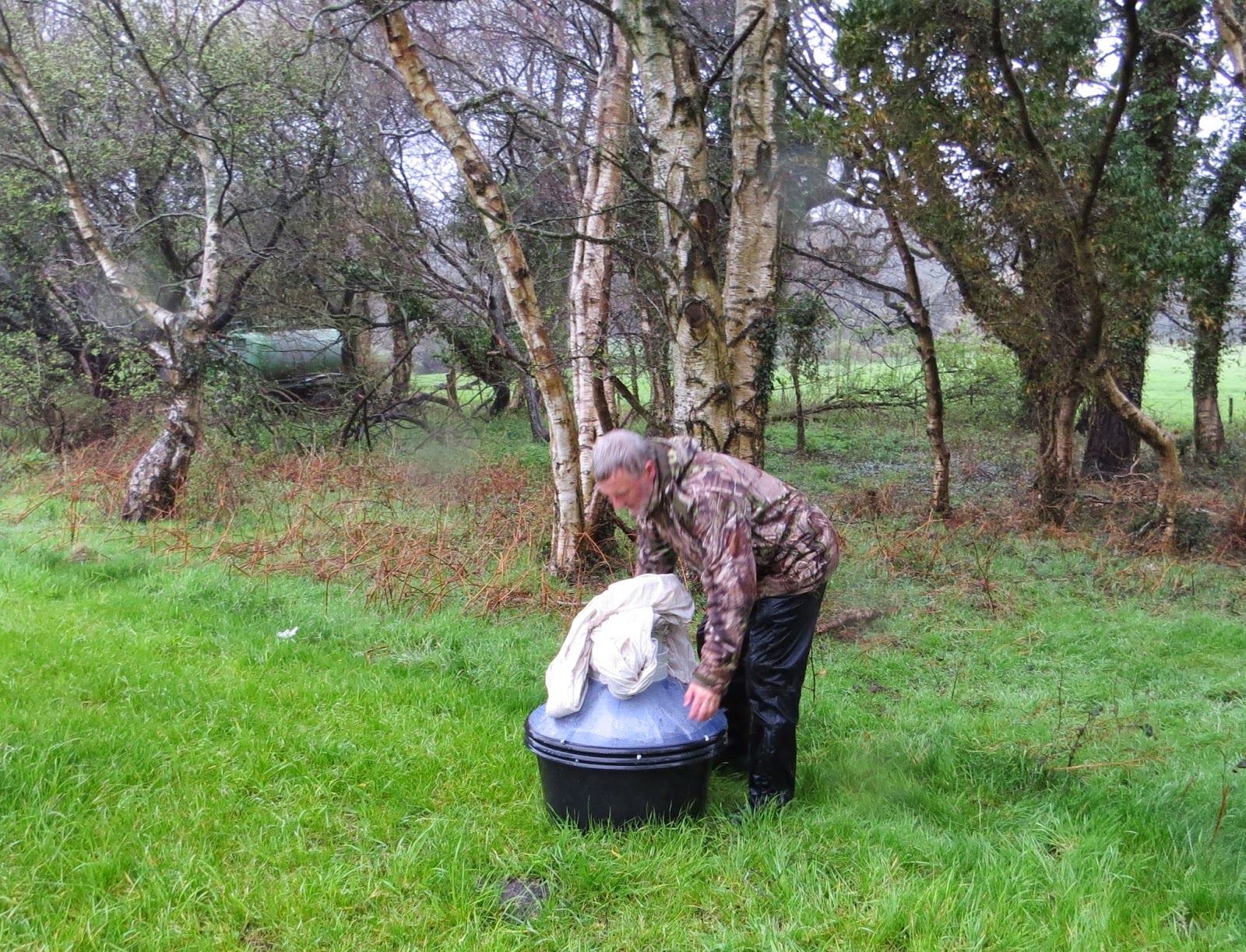 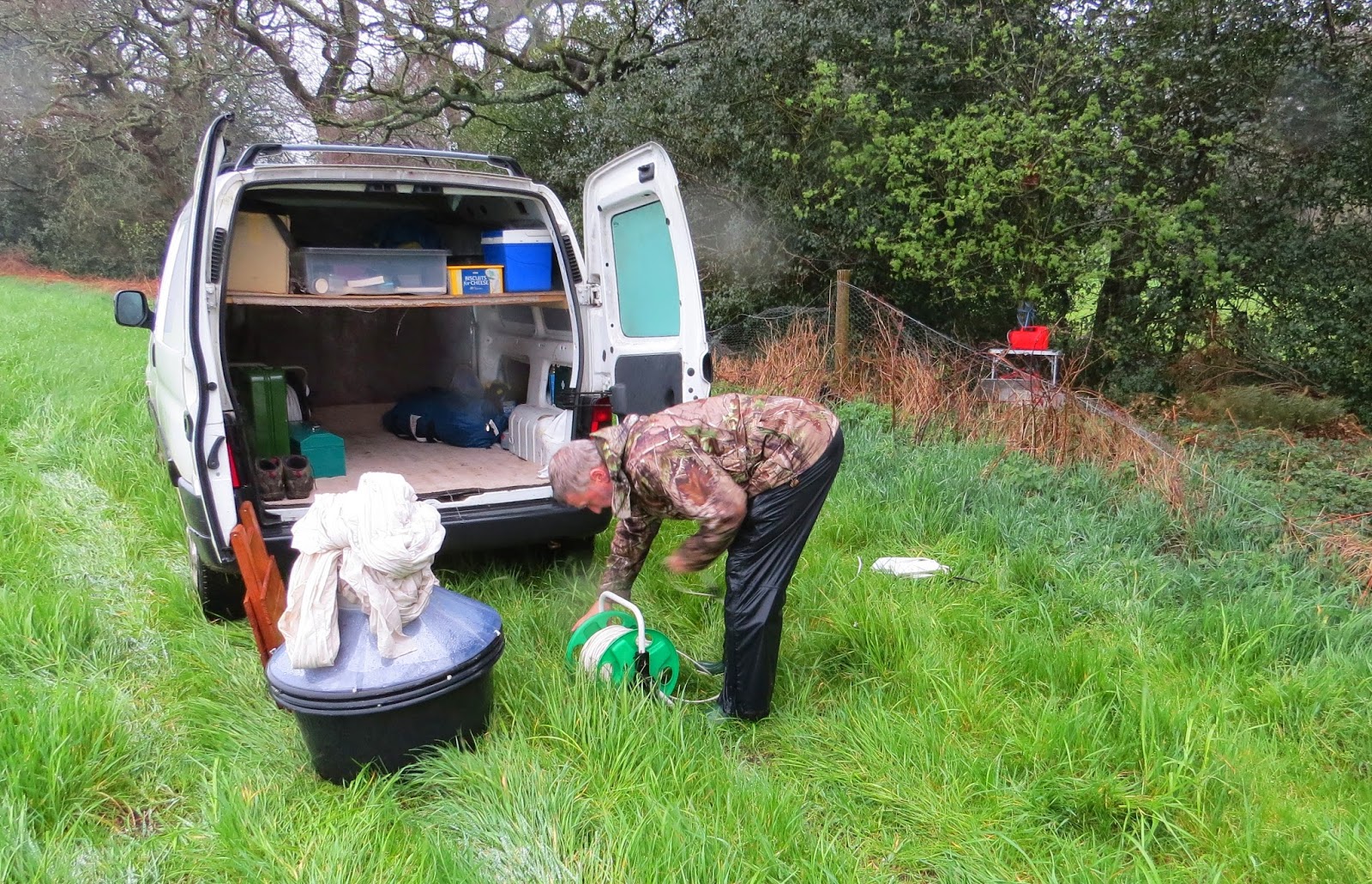 With one trap placed centrally, the other 2 were spaced 100 yards apart in different directions and switched on to run overnight. Conditions appeared perfect (overcast with little more than a gentle breeze and an air temperature of about 9°C) we returned to Harbins for a delicious roast dinner and a drop of the 'red stuff'. Unfortunately, what was not discovered until morning was a problem with power generation with the traps lying idle all night. No matter, there were still my 3 to monitor but the catch was poor as it was throughout the County as we were to find out as the morning wore on. The necessary adjustments made all 6 were again activated on Saturday night, but now the elements were against us. Continuous heavy drizzle overnight managed to deter most of the Insects but a small catch was had which included:- Common Quaker, Hebrew Character, Clouded Drab, Small Quaker, Chestnut, Herald and Early Grey. In addition Purple Thorn (a little waterlogged so no image), 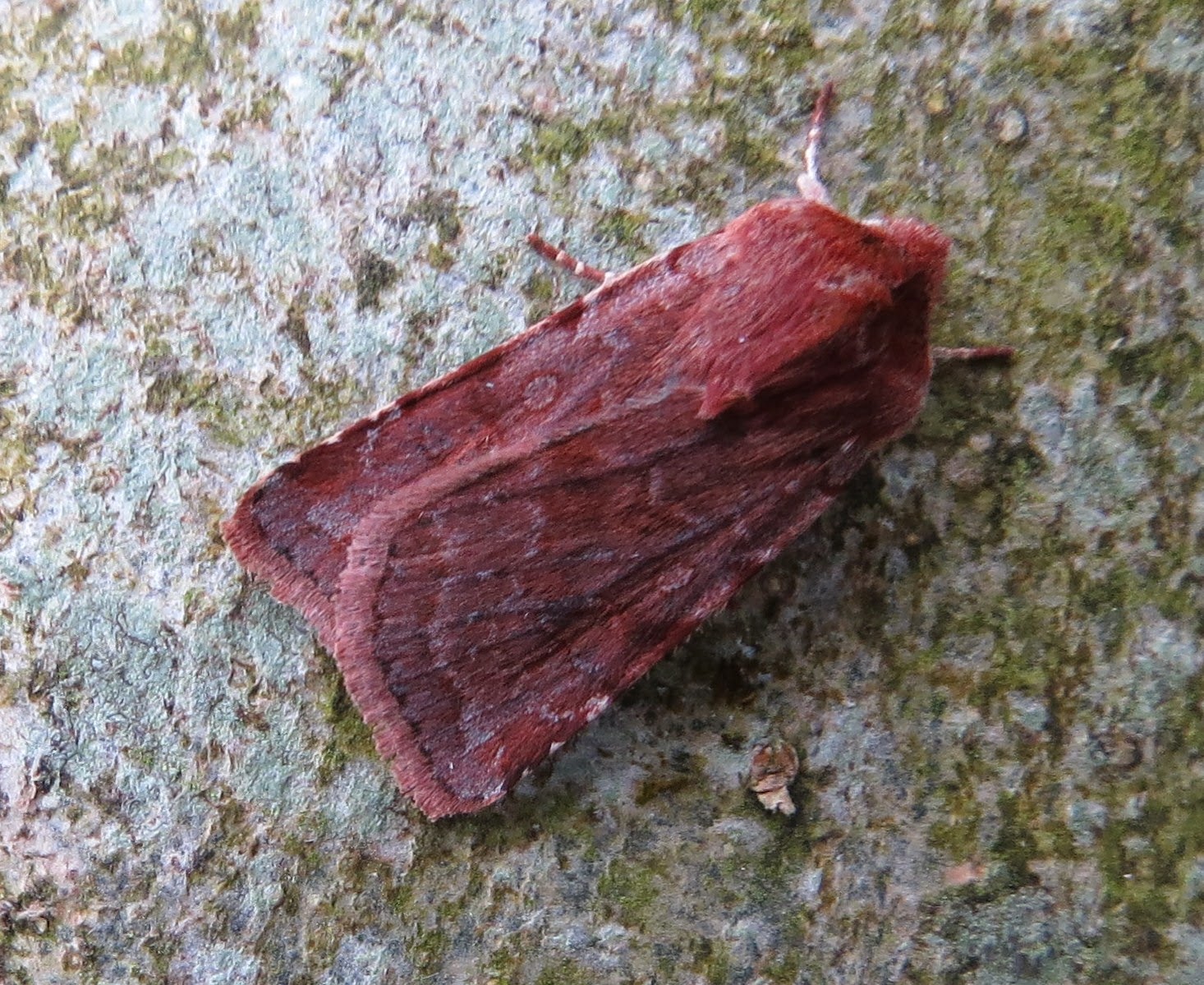 Even under these poor conditions it was a good start with
RED CHESTNUT
being a 'brand new' creature to me and hence an addition to all lists. 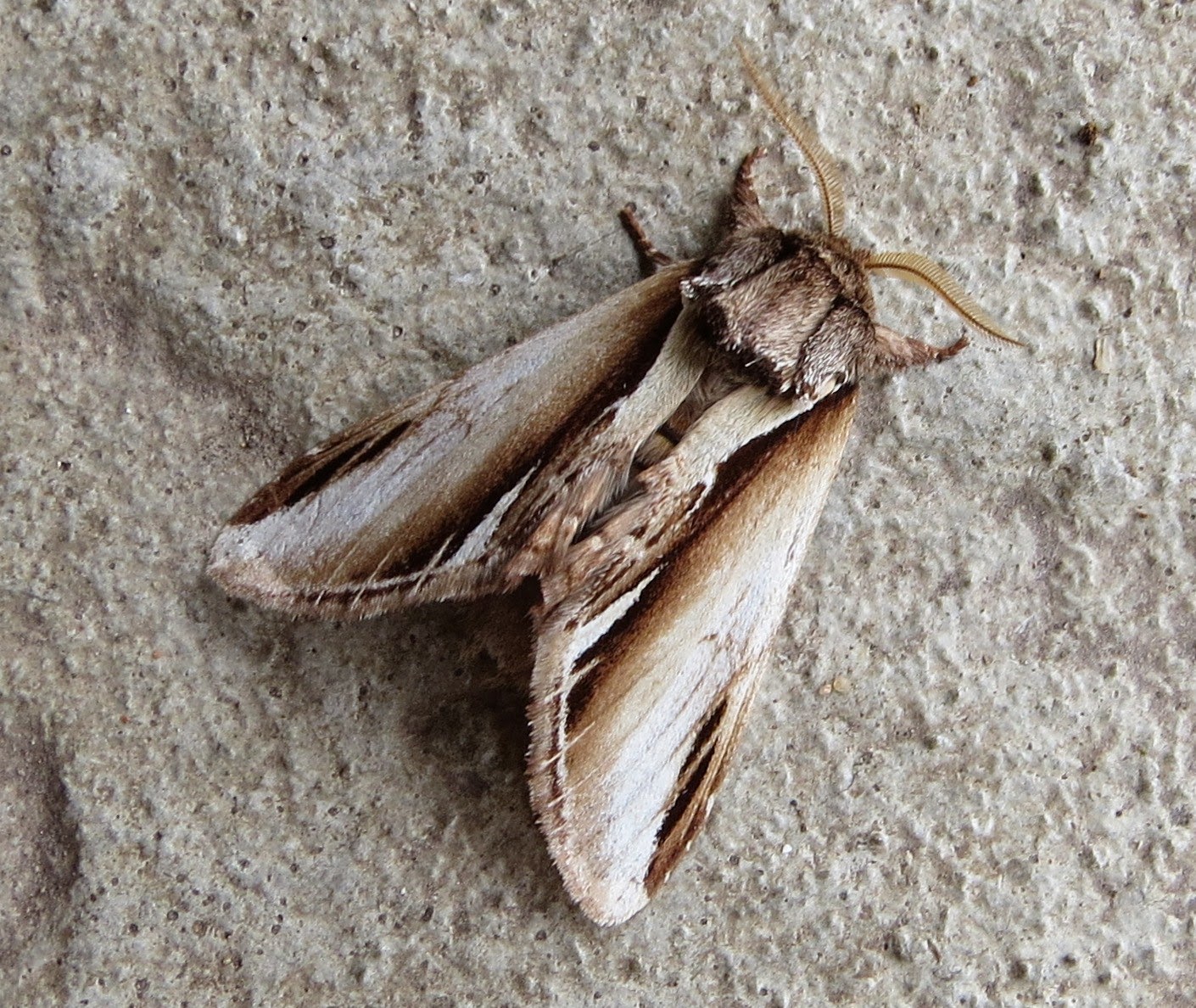 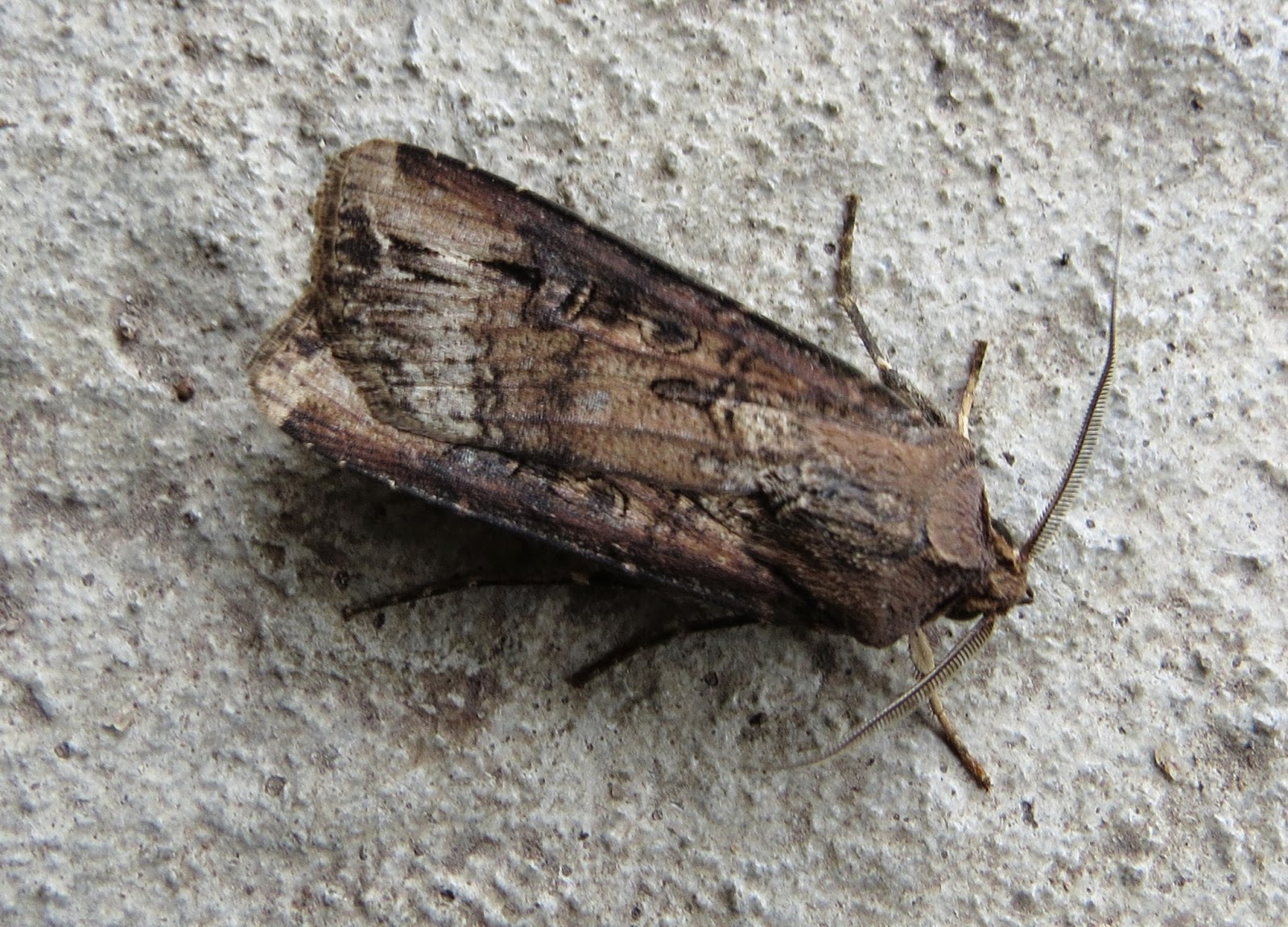 and DARK SWORD-GRASS
were new for the year while 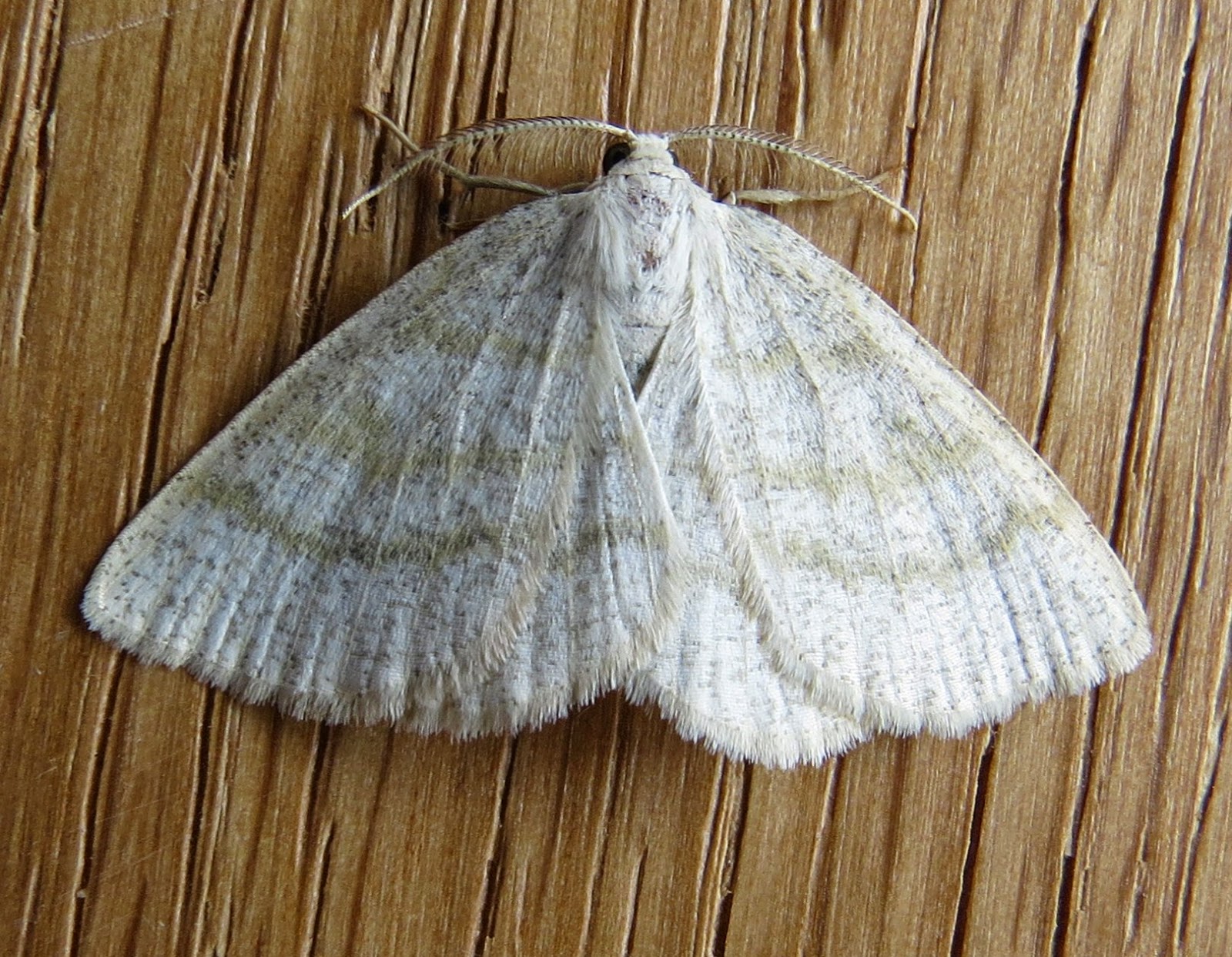 COMMON WAVE
was caught for the first time on the property.
During daylight hours there was much else to see coming across 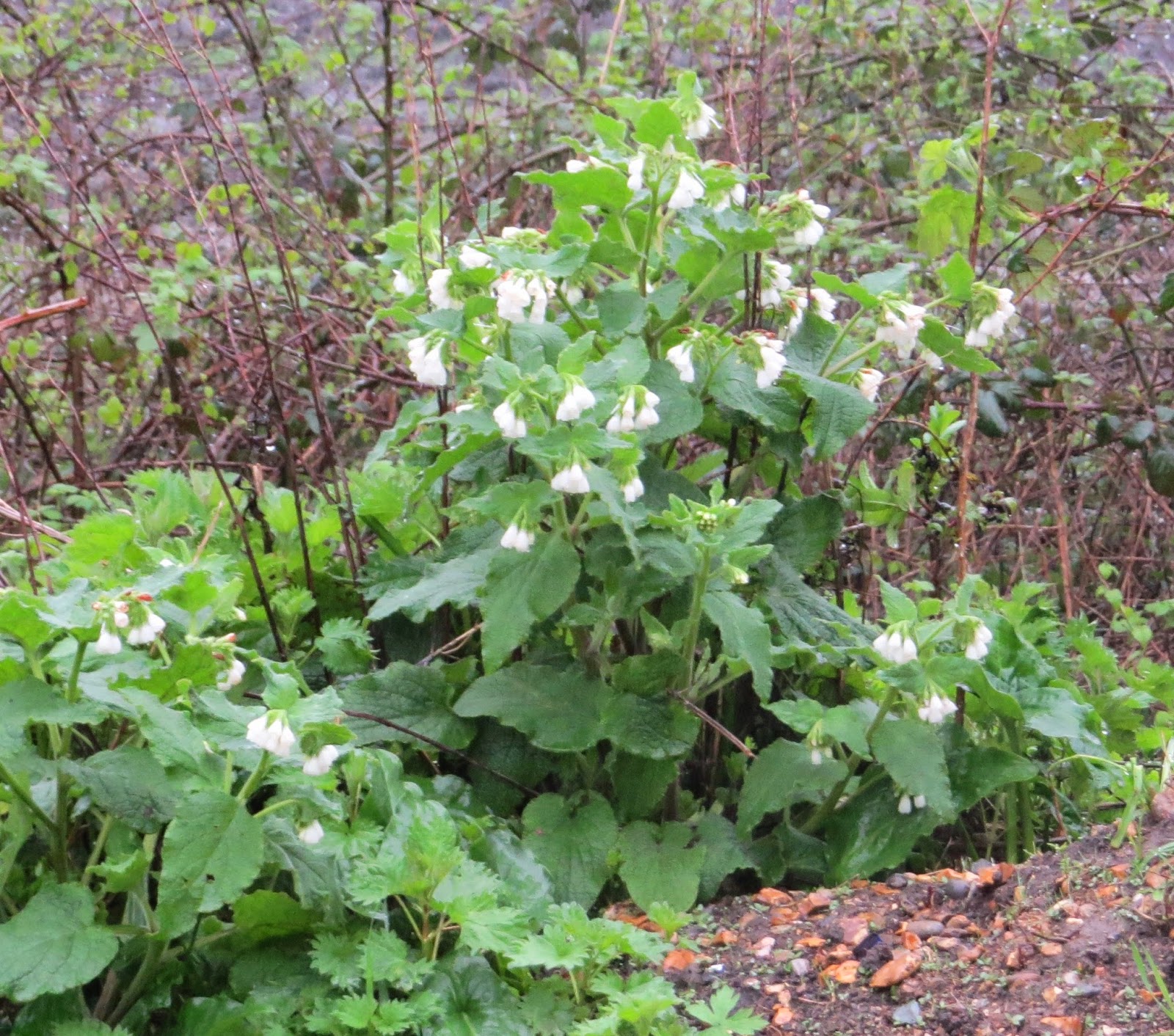 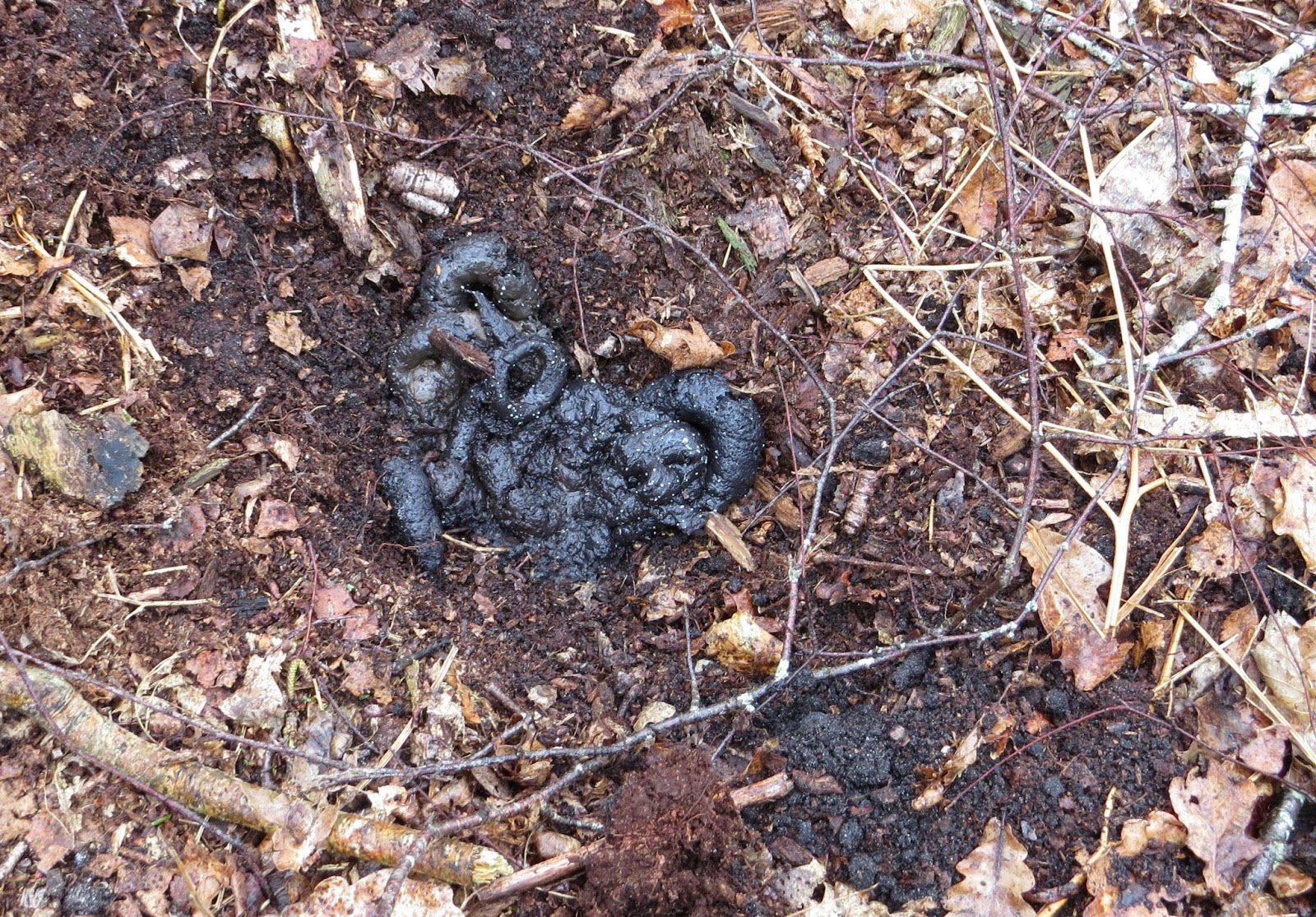 BADGER LATRINE,
something I had not encountered ever before, 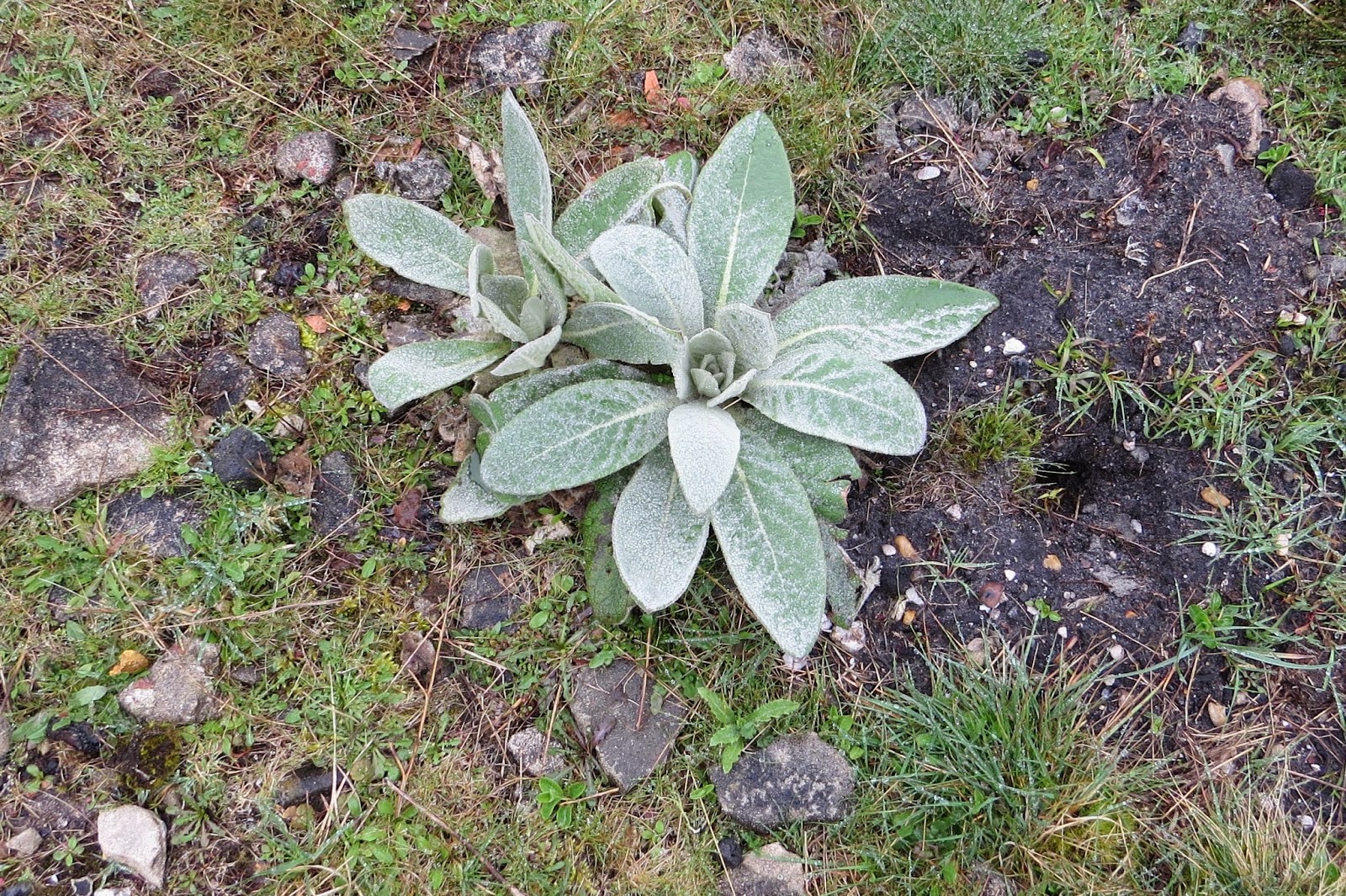 one of a number of species of
MULLEIN
we'll have to wait for it to flower to be specific. 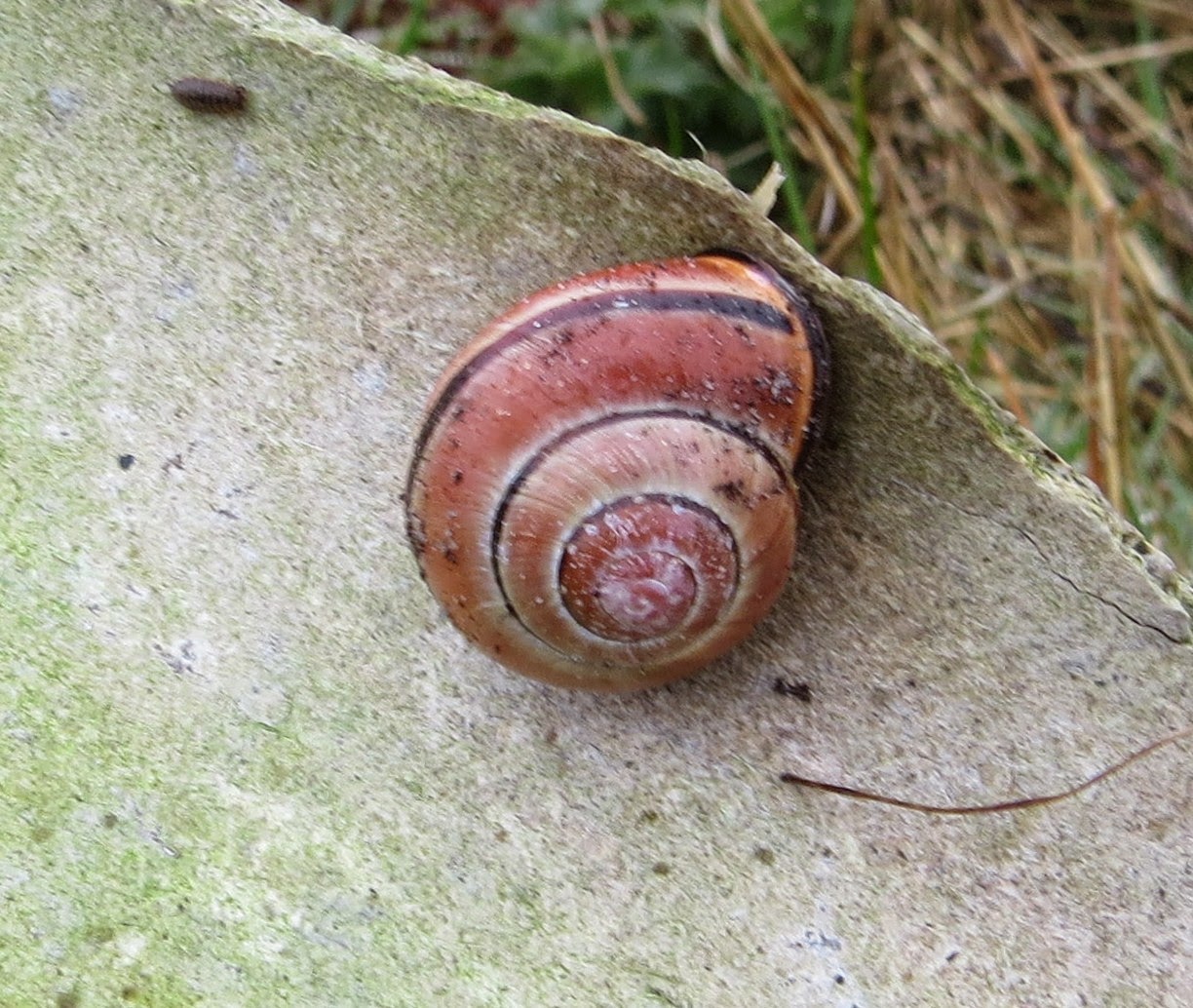 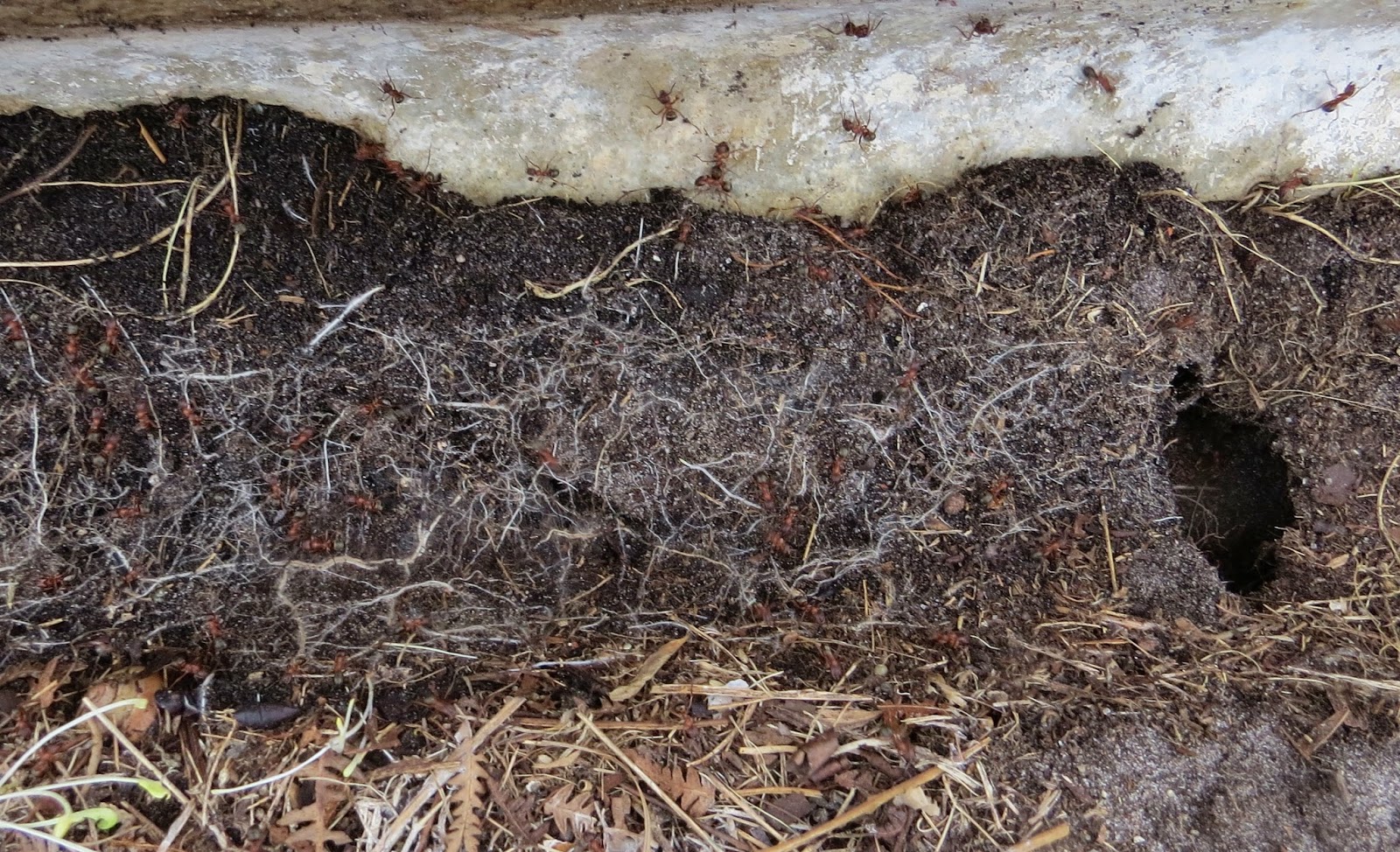 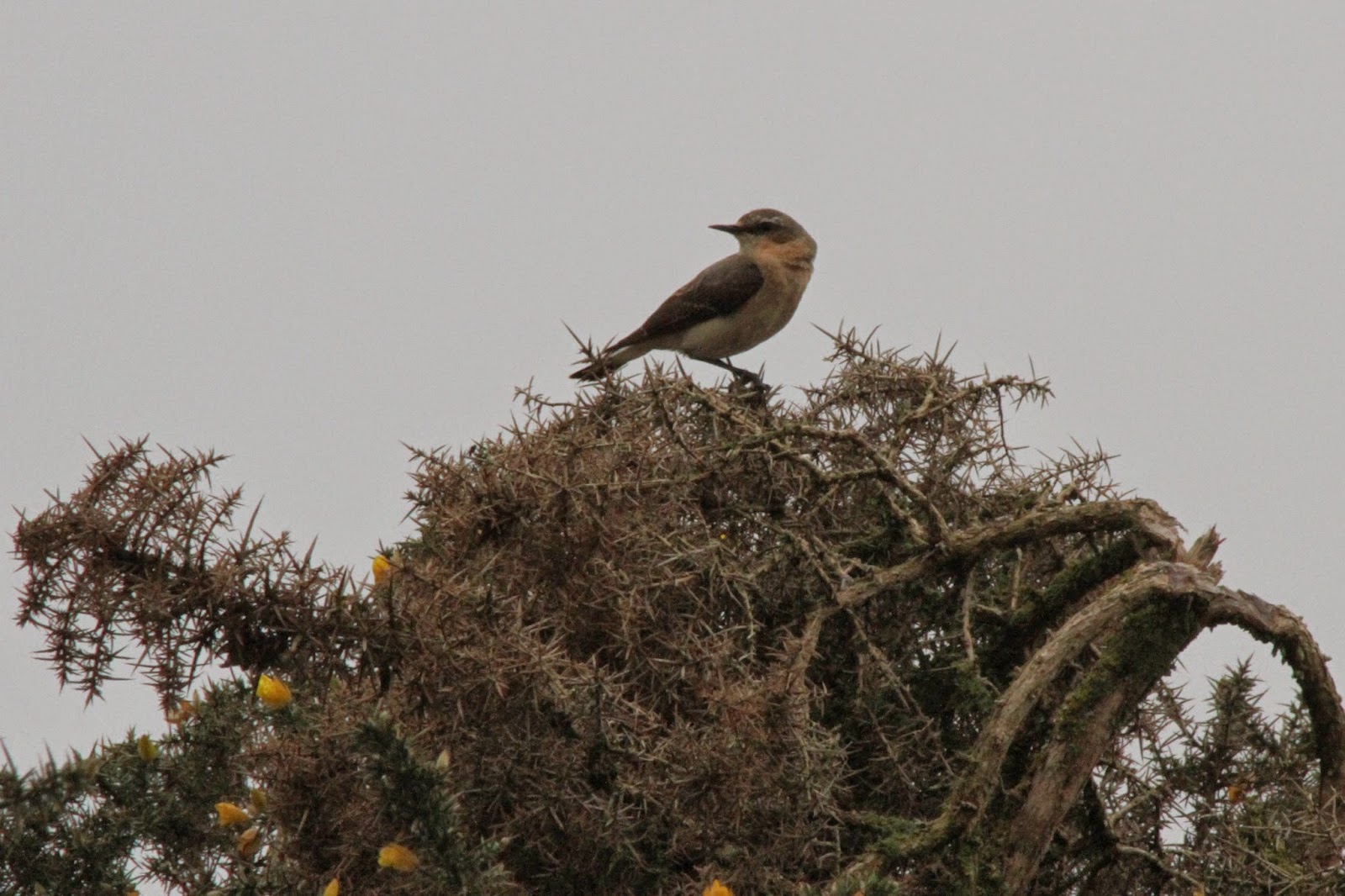 First for the year at Parley Court Farm 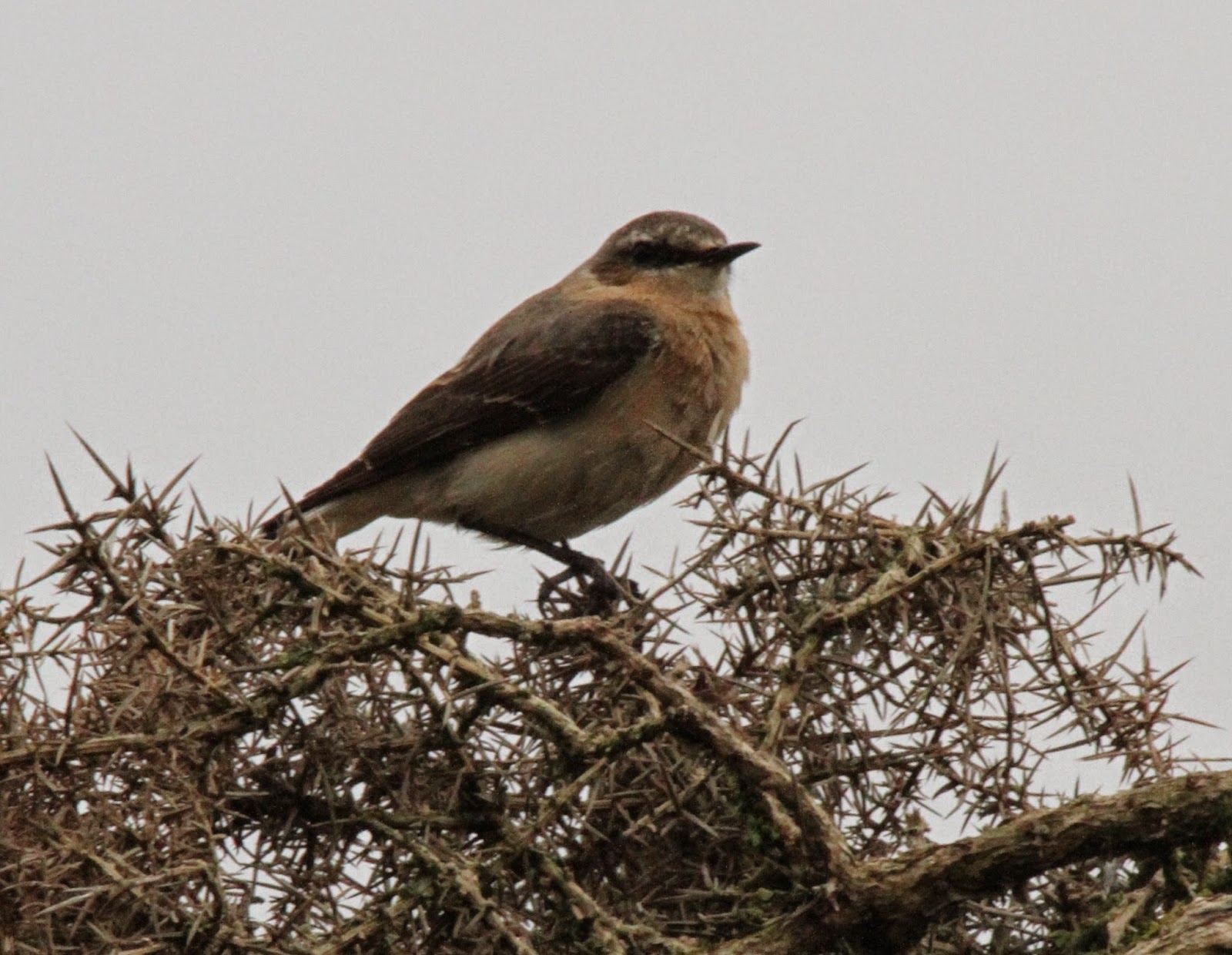 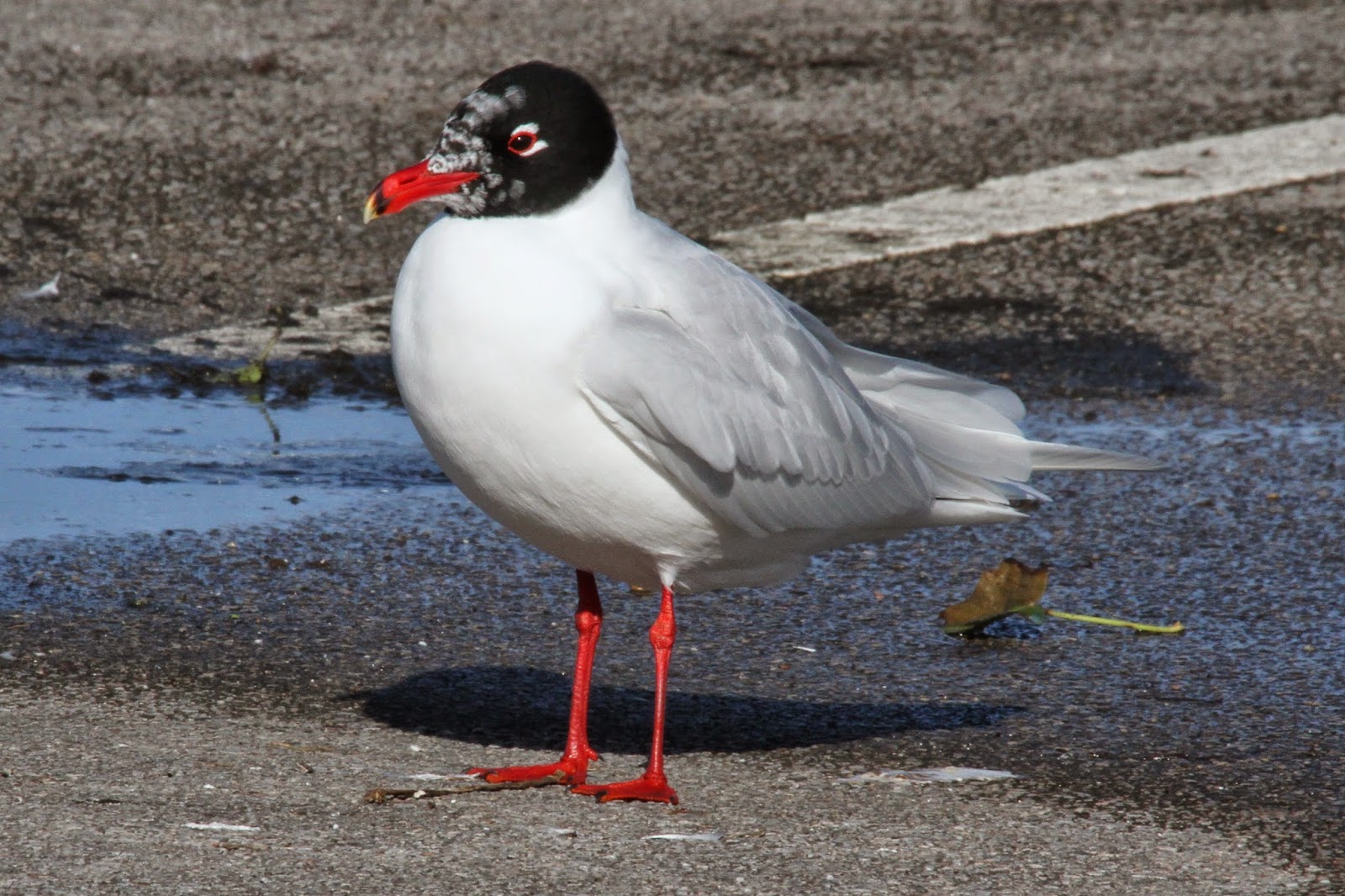 plus c2 adult MEDITERRANEAN GULLs
on/above Parley Pond.
To date only c3 had been knowingly recorded on the farm so this was
quite a coup, with Dave alone logging our first Swallow and the
Crème de la crème
being provided by a singing male 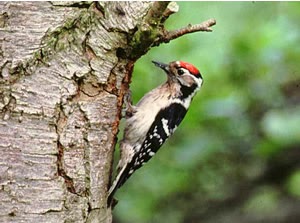 LESSER SPOTTED WOODPECKER
Let's hope it isn't alone much longer!
Video © Dave Foot
All in all the venture was considered a bit of a disappointment
but with an 'open invitation' to return at any time I get the feeling
we will be seeing Dave back here much sooner rather than later!