A View to a Kill - Duran Duran

As may have been seen by some Readers, via the 'comments' box, once again
Regular and Valued Reader Roy Norris has been a
'Flip-to-the-Front'
in identifying the outstanding aircraft from the weekends
Bournemouth Air Festival.
Our THANKS go to Roy. 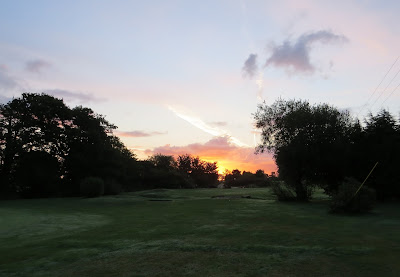 Looking across the Golf Course
the 'Lower Limb' of the Sun was just touching the Horizon
seemingly taking the remaining Rain Clouds with it? 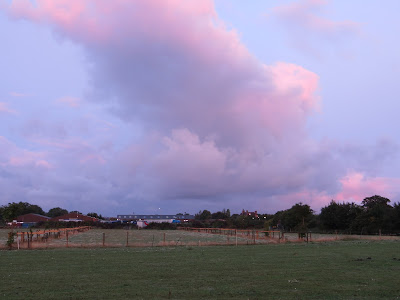 Looking in the opposite direction you didn't need to be
Tomasz Schafernaker
to realise there was a whole lot more rain to come!
There's a feeling I get when I look to the West,
and my Spirit is crying for leaving.
In my thoughts I have seen rings of smoke through the trees,
and the voices of those who stand looking.
Ooh. and it makes me wonder,
Ooh, it really makes me wonder.
In the Moth Traps, and now at almost plague proportions both 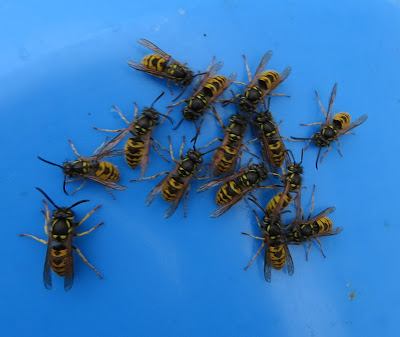 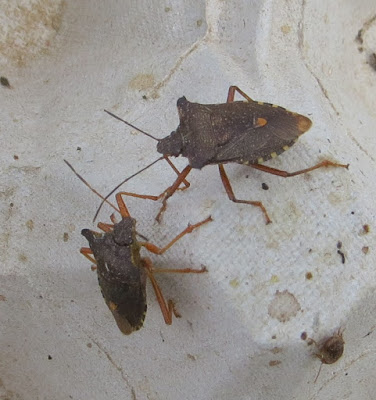 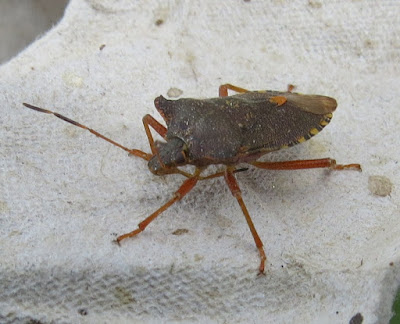 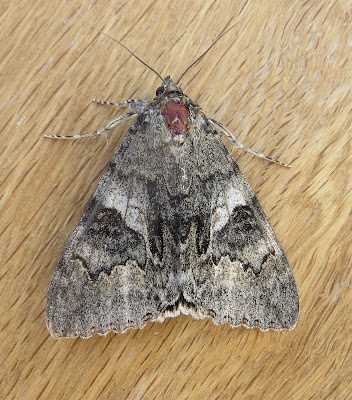 Surely the 'catch of the day' this fine but slightly worn 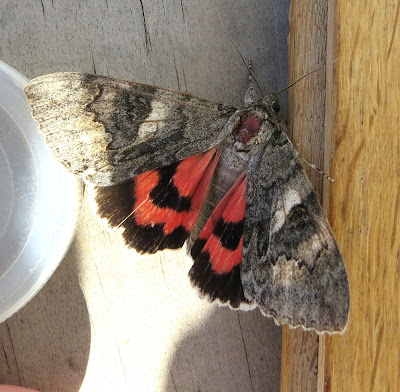 RED UNDERWING
new for the Year, as is 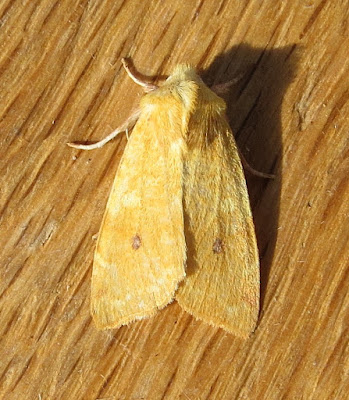 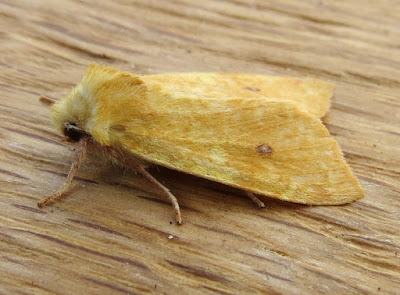 of the rather more scarce 'aberration'
flavescens. 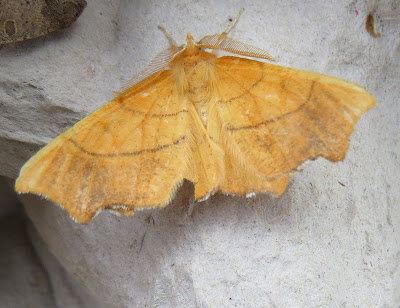 DUSKY THORN
a slight pause as this 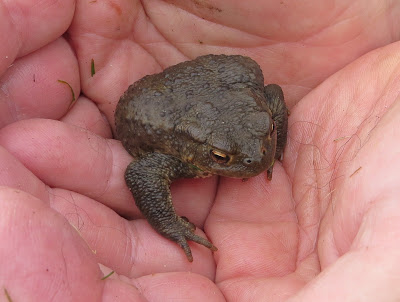 COMMON TOAD
walked across the lawn. 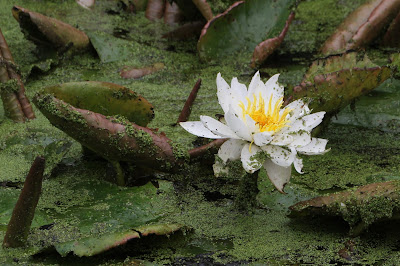 WATER LILY
now blooming on most of the ponds around here.
Awaiting my arrival at Merritown Gate this morning a group of c4 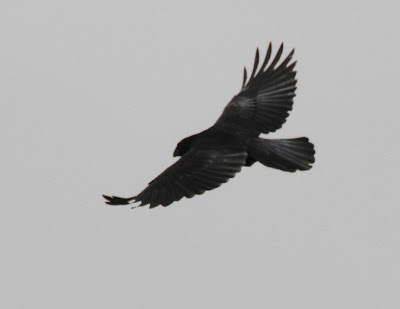 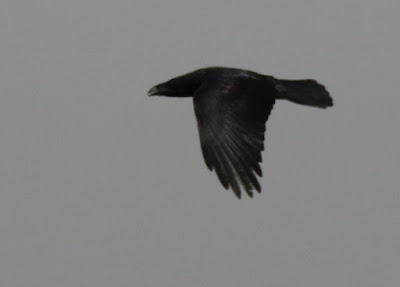 cut across the murky sky. 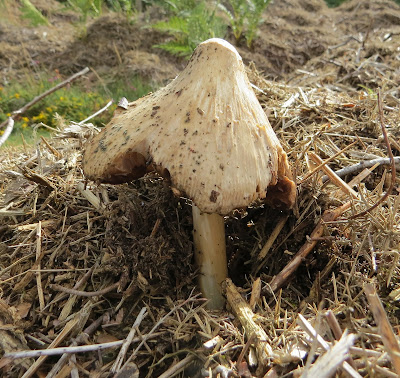 Where, in quick succession, we found the Fungi
INOCYBE BONGARDI 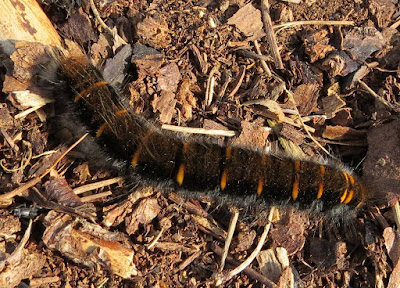 the Larvae of a
FOX MOTH
and noted a sight we have never seen before, 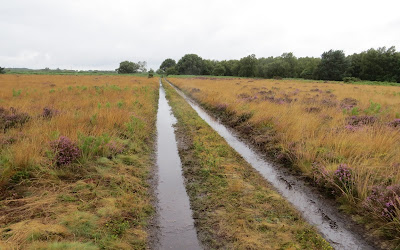 Rain Water retained in the ruts of the main cross path, 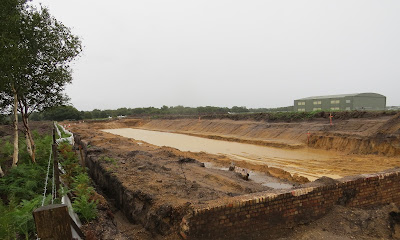 before reaching the ever deepening (with rain water that is) 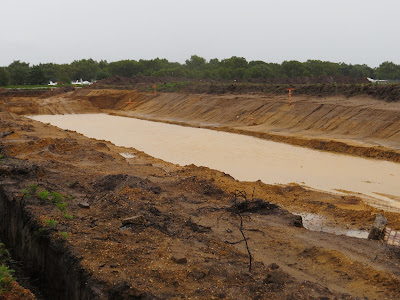 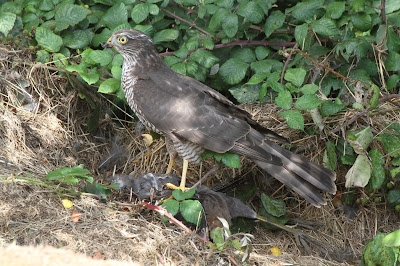 Tracy, one of the Equestrian Ladies, gave me the best lead of the day. 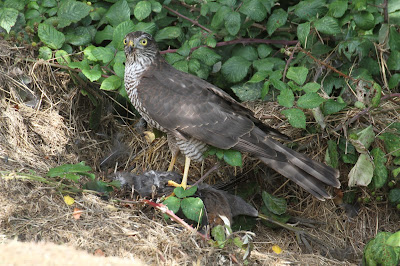 She had seen what was described as a 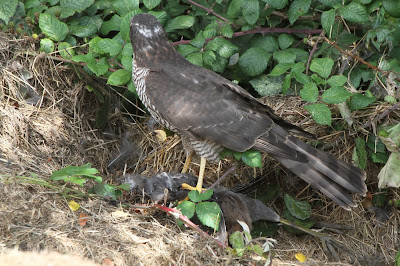 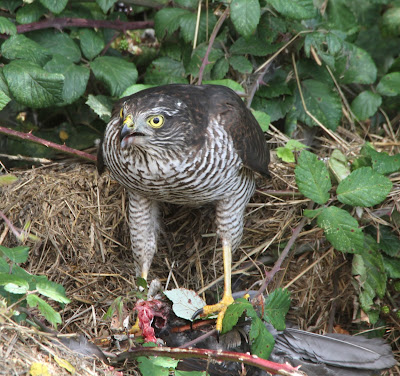 thought to be caught up by something on top of a pile of grass cuttings, 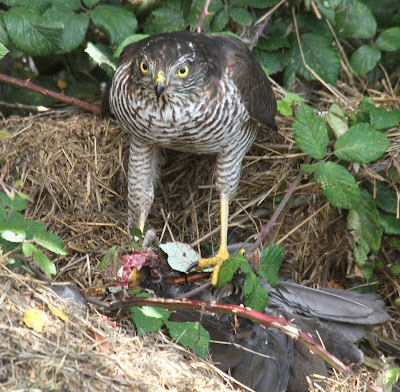 and seemingly unable to fly. She also pointed out that it looked as if it
had caught 'prey' and on closer inspection Tracy was considered correct on both counts!
Rather than being caught-up, the Raptor had taken a
MOORHEN
which was thought maybe too heavy to carry off. 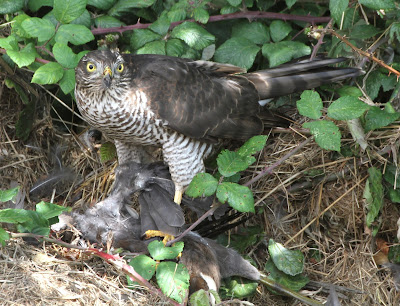 Closing to 10 feet it made no attempt to fly off and even allowed time
for me to return to the Caravan to collect both the small camera and
the St-Range Rover/Mobile Bird Hide.
It would seem that some technical difficulty is preventing us from
posting the Video Clips. A number of different ways have been tried
to get them to work, without success. All are well under the permitted
100MB so it is not that!
We make no apology for fielding 6 x Clips
of what is considered pretty dramatic footage.
Watch Carefully
'In one end and Out the other'.
We certainly don't get this close every day!
THANKS AGAIN TRACY!
Posted by Bagsy at 15:12