From a dew-soaked hedge creeps a crawly 'caterpillar',
when the dawn begins to crack.
It's all part of my Autumn Almanac.
Breeze blows leaves of a musty coloured yellow,
so I sweep them in my sack.
Yes, yes, yes, it's my Autumn Almanac! 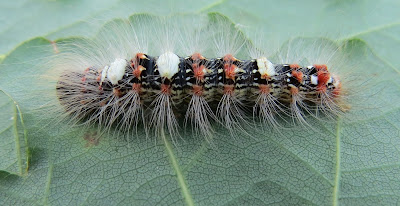 As part of yesterday's visit by Dave Foot he decided to go off piste
to try and secure some Moth Larvae which resulted in
Great Success. 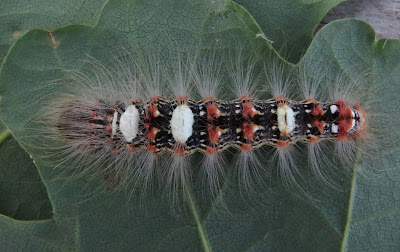 This little beauty, after a period in the Cocoon, will hopefully
emerge into a 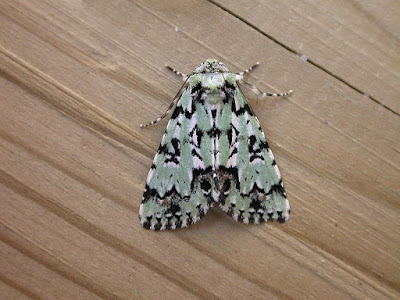 SCARCE MEREIVILLE du JOUR
which as the name suggests is a none to common Insect.
(the image of the 'adult' is borrowed from Wikipedia for illustration,
we have never been lucky enough to capture this Moth or Larvae here) 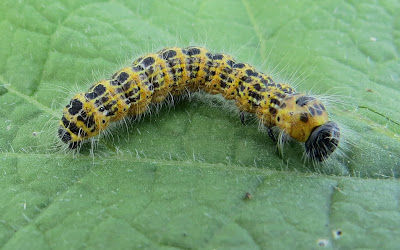 Alternatively, this will hopefully develop into an adult 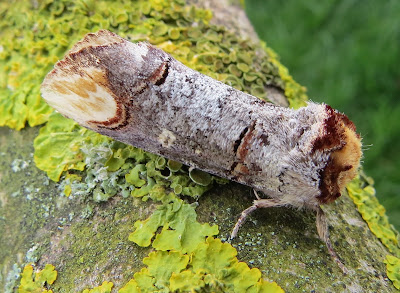 BUFF-TIP
(which is abundant here and caught annually) 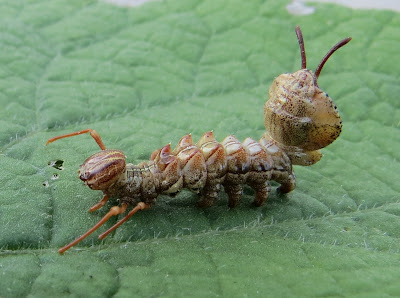 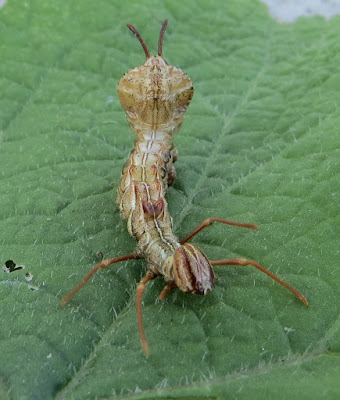 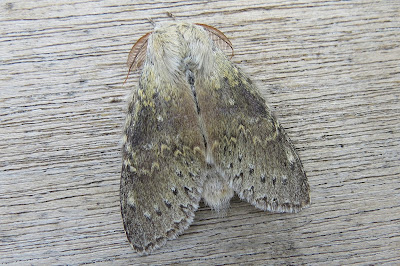 LOBSTER MOTH
is caught right between the two above as only having been secured at
PCF on a single occasion, leaving the status unknown?
On the way round to collect the outlying Moth Traps we have to venture
past the recently harvested Barley Field, 18-Acre. For the last 7 days there
has been at least a single 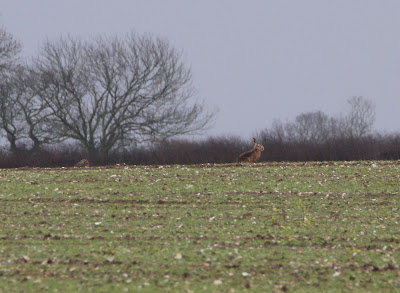 HARE
favouring the area with c4 being there last Saturday. 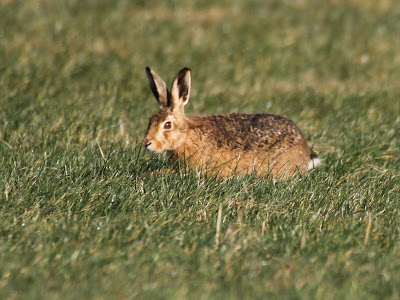 Problems have been either the Animal has been too far away and easily flushed,
or the camera has not be to hand (Operator Error). 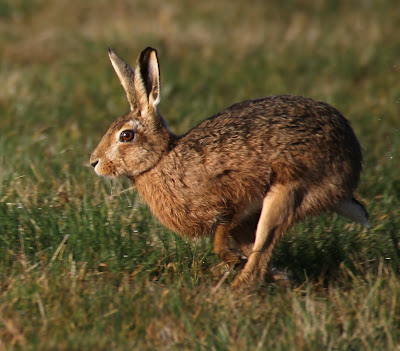 Today, neither of those elements effected out chance of getting
half a decent shot.
The 'good news' regarding last nights effort was the return to working
order of our 5th Mercury-Vapour Moth Trap. The 'not so good news'
was that once again the overnight temperature remained low (2°C),
so despite the extra trap the catch was low. 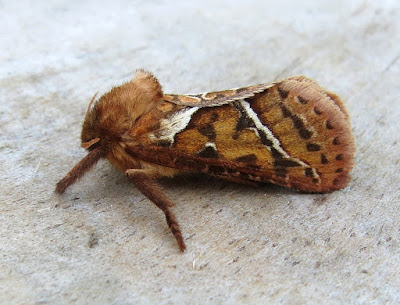 In fact, the only slight morsel of interest came from this nicely marked
ORANGE SWIFT 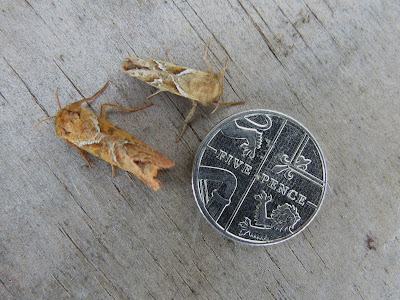 while a 'tiny' example of the same Insect was also thought of some interest.
As for the rest of the day, well that would best be describe by use of the old
Royal Navy
saying
Make and Mend.
Once an afternoon opportunity to do just that as in Making and Mending kit,
but in more recent times one would be awarded as an afternoon off to go
ashore or whatever as perhaps a reward for some extra effort.
Unfortunately, mine was a throw back to the old days when first off the
St-Range Rover had to be taken to the garage to be mended as 'sensor', whatever
the hell that is, had failed and would need replacement. All that is known about this
particular operation is that once fixed my wallet will be 450 'barras' lighter!
Otherwise, and between times there were just a couple of common birds to contend with
in the shape of a male 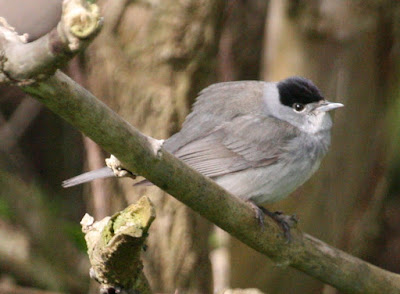 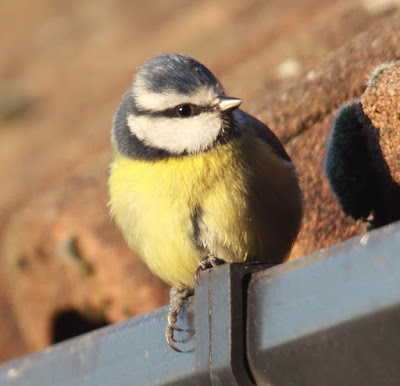 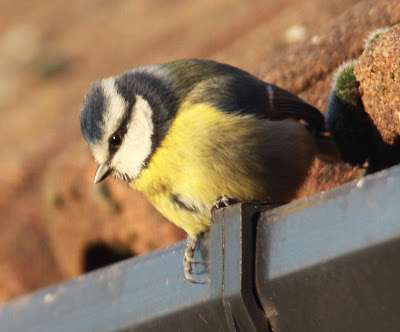 BLUE TIT
and a 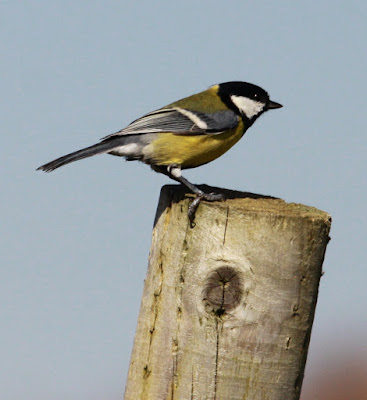 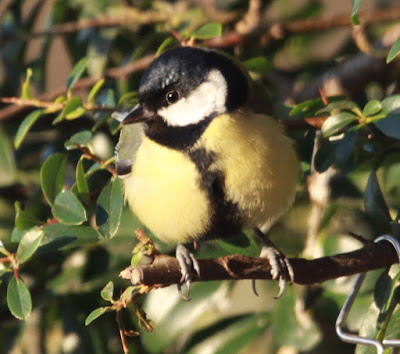 GREAT TIT
As for 'Making' we spent all of the rest of the day rigging a new run of
power cables for the Moth Traps and re-siting some of them,
there'll be a Great Catch tomorrow!
and then just 5 minutes for a passage of GENESIS (the Prog Rock Band that is)
When the sun beats down and I lie on the benchI can always hear them talkCos Me, I'm just a lawnmowerYou can tell me by the way I walk 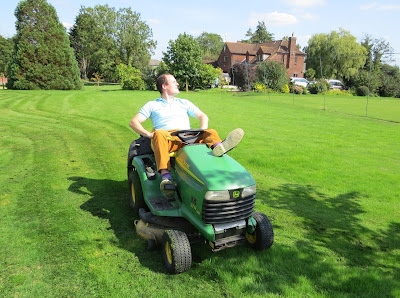 Never, ever thought I see eldest Son and Heir
DARYL
(268 places behind me as contender for the Family Throne and
even more behind Boris the St Bernard's)
pretending to work let alone doing the real thing, just showing off
me thinks in case Mum and Dad read the Blog in distant Siberia!
and just to finalise this little epilogue an image of 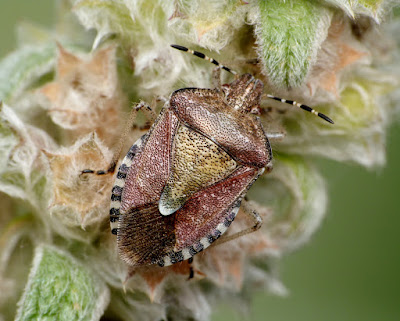 SLOE SHEILDBUG
from one of our dedicated and distant Readers.
Posted by Bagsy at 17:00