As the 'perennial fatalist' I have, since meeting him, stuck by the favoured party-line of my old shipmate from Stena Hunter Oil Rig days, Alan (Lord Bute) Gibbs,

"WHAT'S FOR YER, WON'T GO BY YER"
It is certain that the greatest quirk of fate that ever befell me was being dragged, screaming and shouting, from my beloved home in Nottingham by my parent wishing to live in Weymouth during my Grandfather's closing years. This in turn led to the second best twist as settled in my new home (coincidentally Nottington just out side of Weymouth) I got a job washing dishes, emptying bins etc at Fortes Restaurant in the town which is now the JD Wetherspoon house The William Henry. Handing the 'dosh' over to Mum, she would allow me a shilling which was readily invested in a toffee apple and a bottle of pop which would be enjoyed sat on the parapet of Westham Bridge. In those days the site was one of the town's centre's of attraction with the huge Fun Fare and an uncountable number of Public Houses, and from that lofty perch all that could be seen was a 'Sea of White Hats'! We had far more Warships in those days and with all Royal Navy Sailors duty bound to wear the uniform while on shore leave it certainly brought a lot of yo-ho-ho to the Borough. Watch and Learn as I did, there would always be more than one Matelot with a bottle of rum stuffed down the front of his tunic, probably a few less rolling about on the ground knocking ten bells out of each other and a real Jack the Lad with a girl on each arm, which got me to thinking 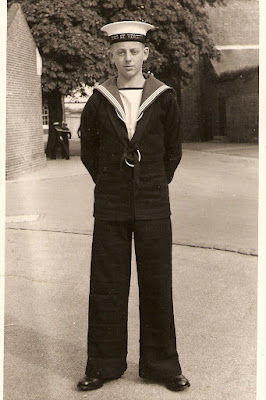 So, exactly 54 years to this day I did and became
Junior Seaman Paul F Baker P/063428 of
HM Royal Navy
but soon to be re-christened Bagsy.
What would have become of me without that foundation
will never be known, but it wouldn't have been good, and
who'd have thought that one day I might be a 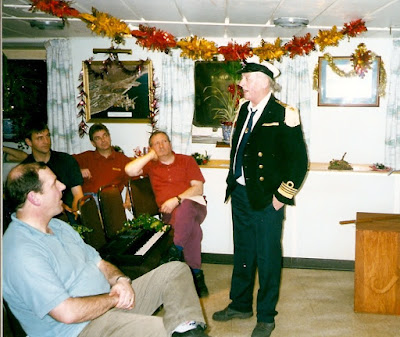 VENEZUELAN SEA LORD
Fortuitous then that occasion could be celebrated with the lovely Lyn, who is here on a short break, and for whom I prepared dinner lat night. Gresham duck breast with a (wait for it Janet as I know this will make you laugh) 'medley' of vegetables and a bottle of 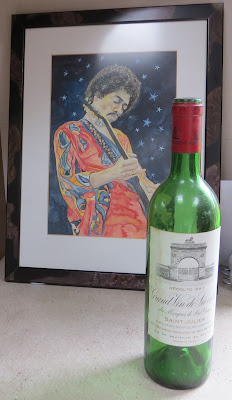 Grand Vin de Leoville
du Marquis Las Cases 1983
(It is said that you 'charm' a Lady through her ears,
and 'charm' a Man through his ego - a fine example this!)
with
Jimi looking on!
There was also. of course, a fine selection of music including
The Division Bell - Pink Floyd
Big Calm - Morcheeba
Page and Plant - Unledded
along with today's headline

When you were here before, couldn't look you in the eye.
You're just like an angel, your skin makes me cry.


You float like a feather, in a beautiful world.
And I wish I was special, you're so very special, but I'm a
Creep - Radiohead LINK
A slightly warmer night and a bit of a Guard and Steerage saw a much improved catch of Moths, although higher numbers didn't lead to scarcer subjects. 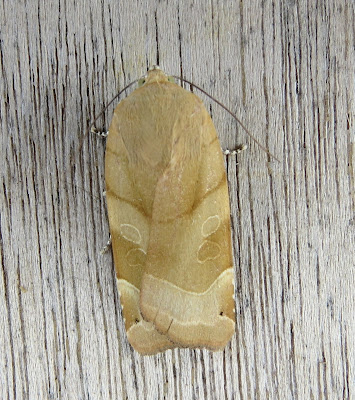 To find colour and shade diversity within a Species 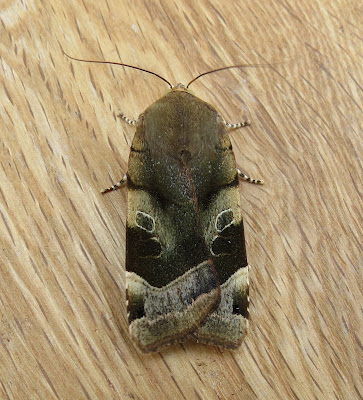 you need look no further than 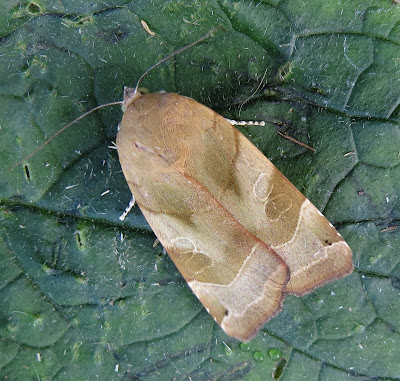 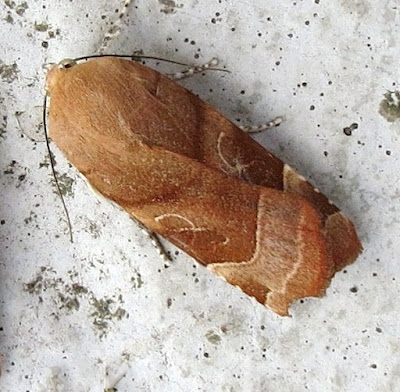 which all of these first 4 are. 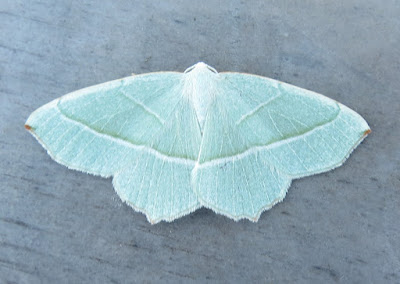 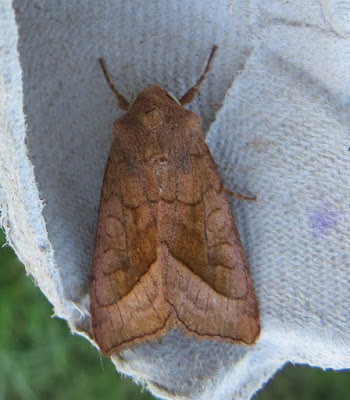 ROSY RUSTIC
along with a couple of very obliging Insects 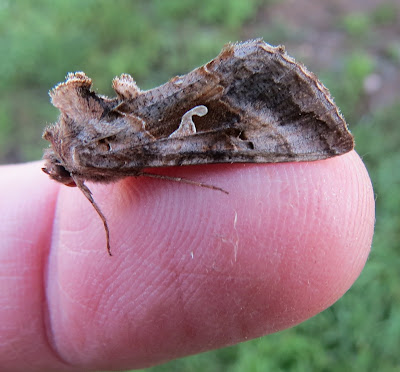 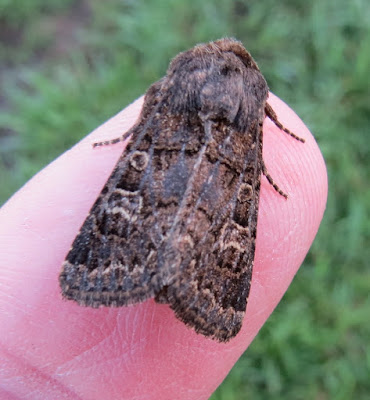 HEDGE RUSTIC
while representing the Micros 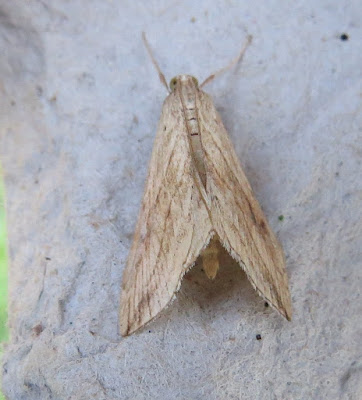 GARDEN PEBBLE
and other Insects the striking 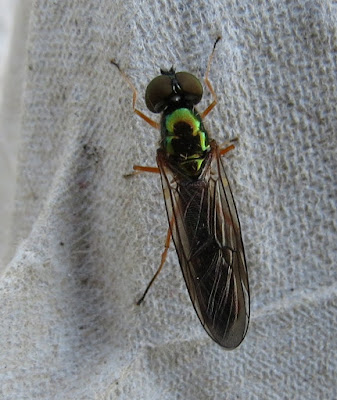 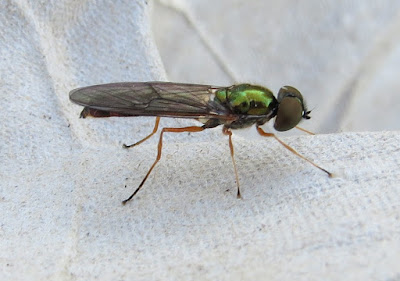 CHLOROMYA FORMOSA
While we rarely or if ever observe Visible Bird Migration here as
they do from more coastal sites, there was this morning what might be
described as dispersal. 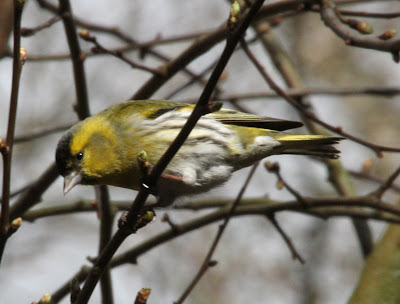 Featuring a good but uncountable number of 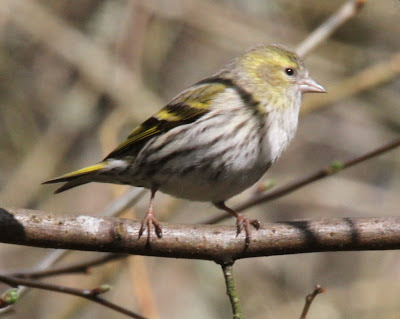 SISKIN
which were adequately backed-up by a few of both 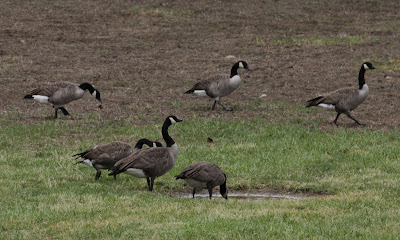 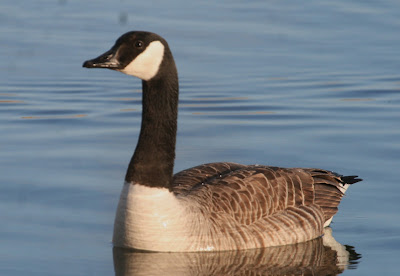 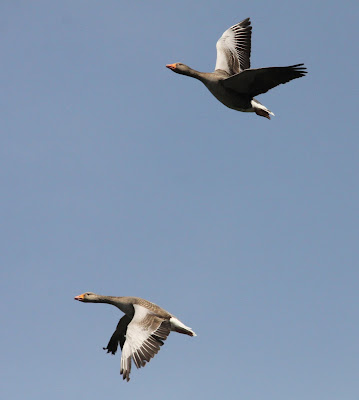 both having been completely absent from the property for months know. 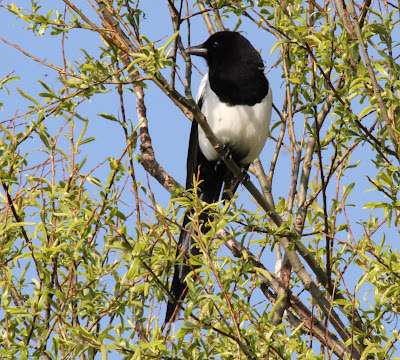 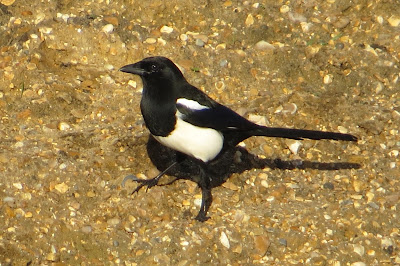 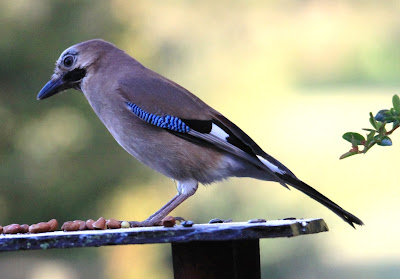 JAY
are also back mob-handed.
Otherwise things were very quiet especially on Merritown 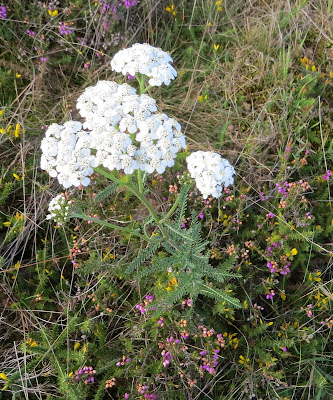 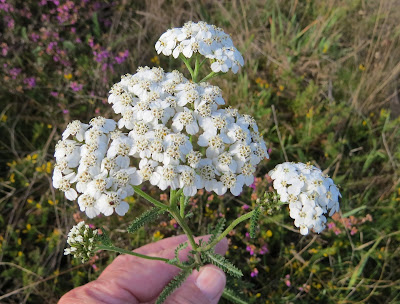 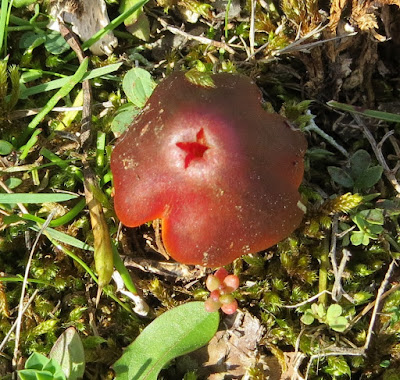 a 'possible' example of 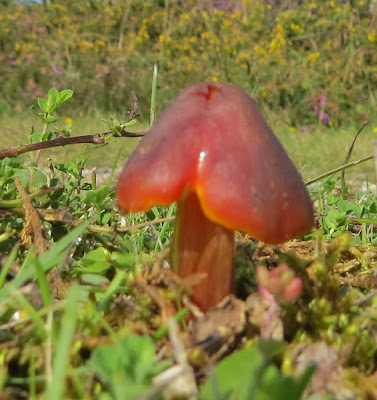 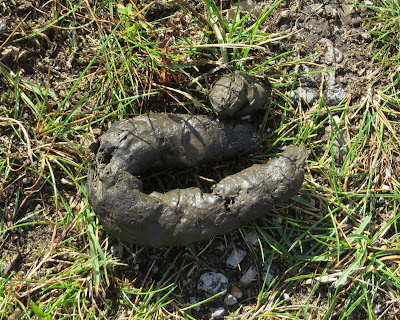 BADGER DROPPING
thought unusual as from a usually scrupulous creature that digs a latrine.
(which some might say adequately matches the ramblings issued in this chronicle)
Posted by Bagsy at 18:07