Mostly Autumn are a fine bunch of young musicians
who were encountered early in their career as a Band.
A favoured track is
PASSENGERS
which is personally interpreted as the Transport System to Heaven
while not believing in such mumbo-jumbo.
It was magical to have caught them at
The Mean Fiddler, Charring Cross Road, London
during their early days.
We have to hark back to the first day of the month to continue with what would be unfinished business. Having enjoyed that fine lunch ant the Royal Oak, Bere Regis, previously reported, back at Slight Return II there was a decision to be made. Having taken the St-Range Rover to Bere there was more chance of me buying a 'round' than taking any alcohol, so would we now have a late afternoon glass of Red, or should we sally forth. The latter was favoured and just as well it was as immediately reaching the bank of the River Stour there was 'music to the ear'. The song of a 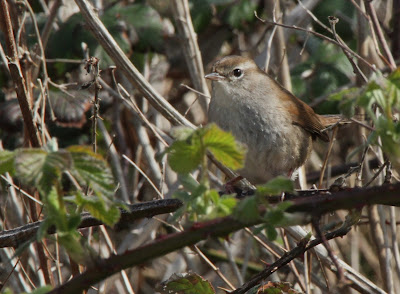 CETTI'S WARBLER
not previously heard this year, was a great delight. 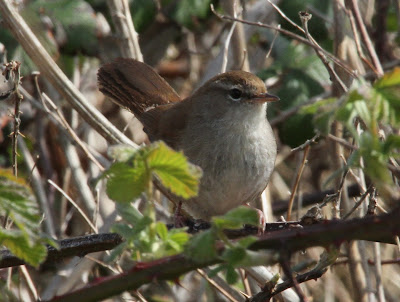 Whether it remains there is not known, but now in the third day it has
not been heard/seen since. However, in very quick time there was to
be another familiar 'call', that of the first returning 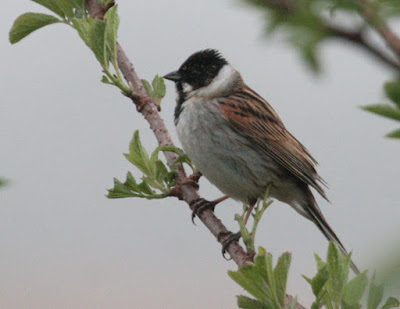 REED BUNTING
of the Autumn. We did report an earlier sighting in August but we won't
count that as Autumn.
Finally, a walk across to the Harbins Farm House Garden in the hope of either of the more usual Flycatchers or even, more ambitiously, one of the large number of Yellow-browed Warblers now invading the British Isles. No, that was not to be but from the foliage came the distinctive zeee-zeee of a number of Goldcrest and the slightly variant call of our first 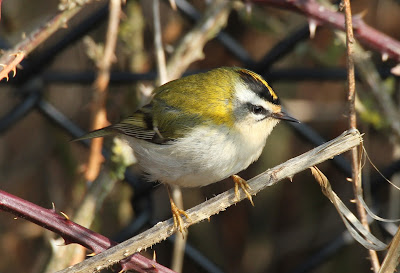 FIRECREST
of the season. 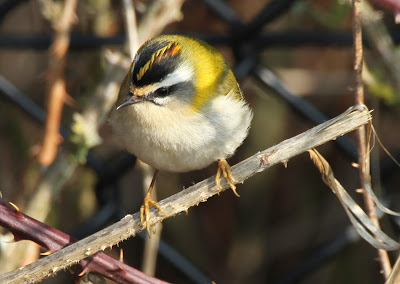 This is the earliest and first ever of the Species to be noted here during Autumn.
Back to today and the Moth Traps are still showing decent 'catches'
starting with the first 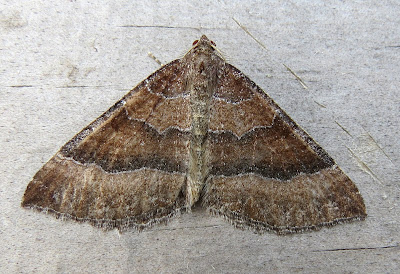 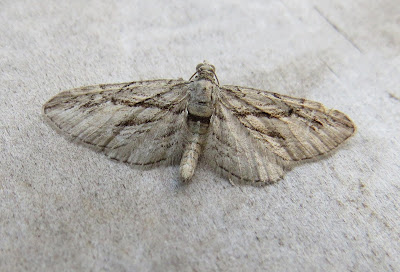 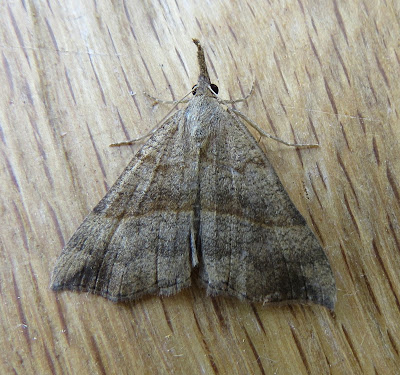 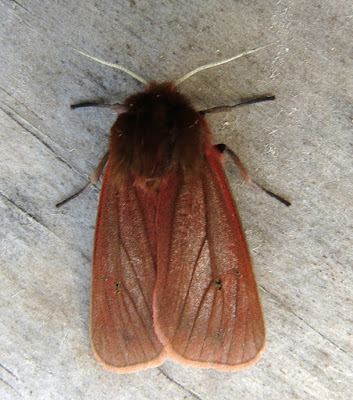 The return of (second brood) 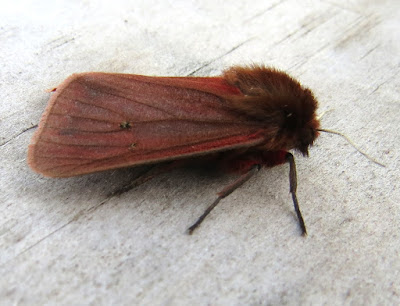 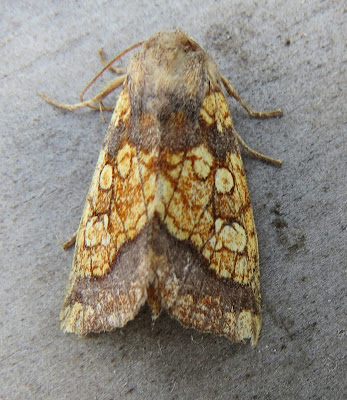 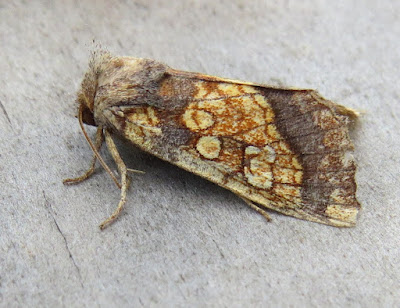 FROSTED ORANGE
followed by another 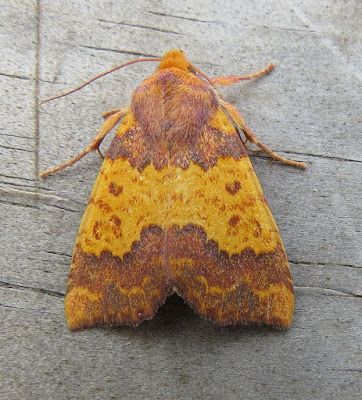 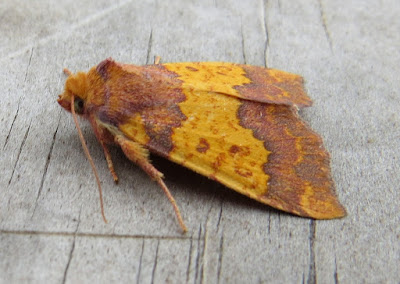 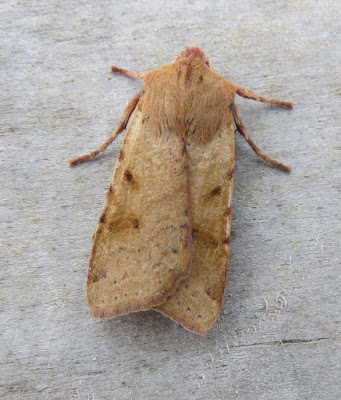 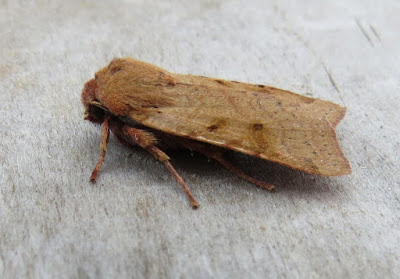 BEADED CHESTNUT
In addition there was another 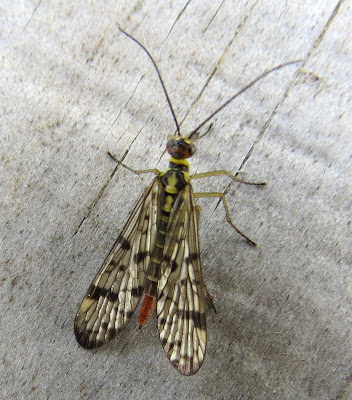 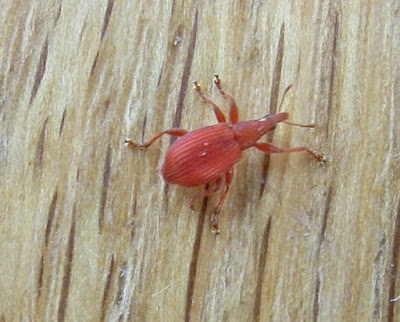 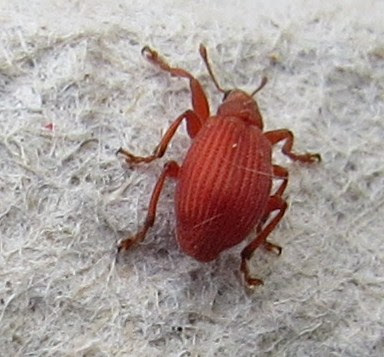 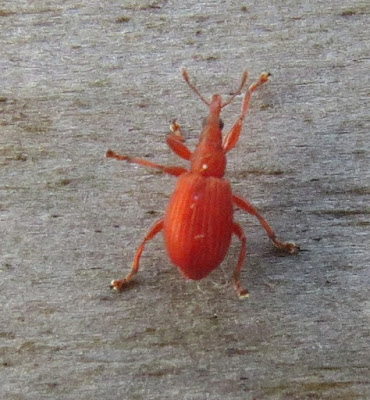 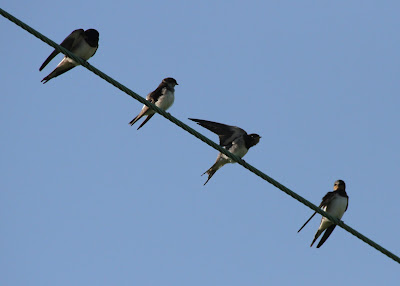 SWALLOW
still continue to gather, while on Merritown Heath we were met by
this rather bold (or maybe foolish) 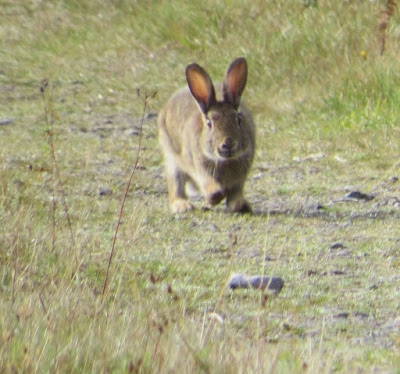 RABBIT
and our 27th 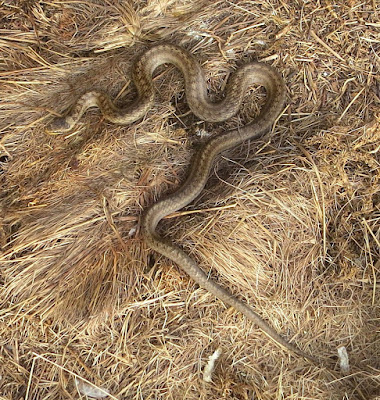 SMOOTH SNAKE
of the year. 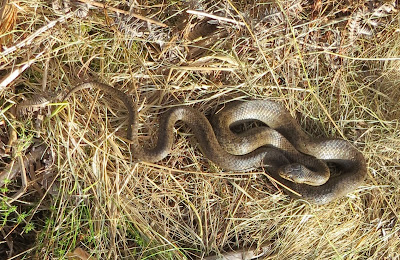 Each is logged as to location, photographed with an idea of size kept
in the 'minds-eye' all contributing to keeping as accurate count as possible.
It was thought that the large number of bird of various species that perch on the
Solar Panels
might do so for warmth or as a prime 'vantage point' but 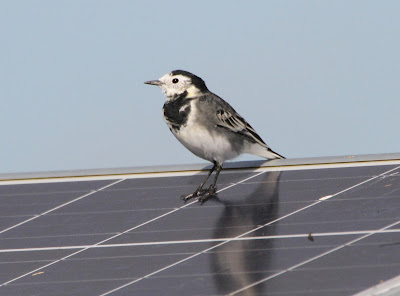 closer examination of some of the day's images show 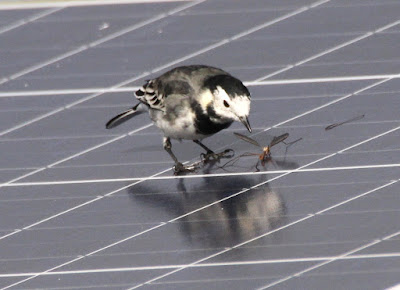 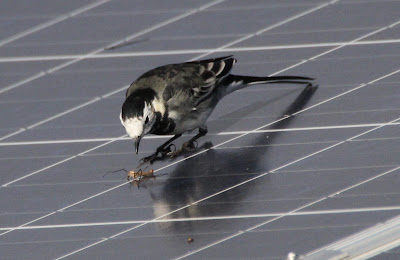 PIED WAGTAIL
were picking off the Craneflies piecemeal 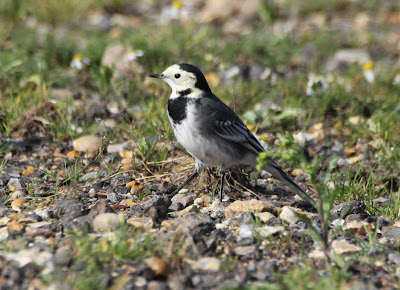 while those on the deck 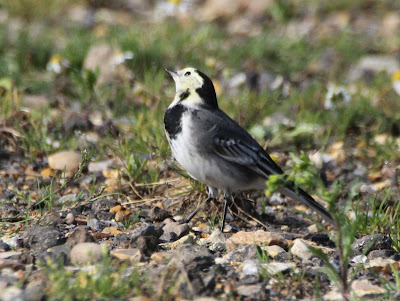 seemed to be hoping for 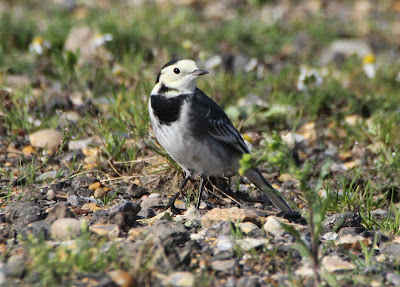