Fog on the Tyne - Lindisfarne

A couple of quiet week-end days when Birds all but deserted us while Moths continued to show in small but interesting numbers. This morning was shrouded in dense fog, with the aircraft taking off from Bournemouth International, just a stone's throw away, not even being visible. On the strength of that, the rest of the day will be spent tickling the keypad to the tune of the Memoirs now having reached 1997, amounting to 231,000 edited words but still much more to do than has already been done! Before even arriving at the traps it was seen that the Little Gentleman in the Black Velvet Waistcoat
had been hard at work overnight with 4 of their spoil heaps dotted
across Harbins lawn, another job for Gramps (Janet's Dad) we feel. 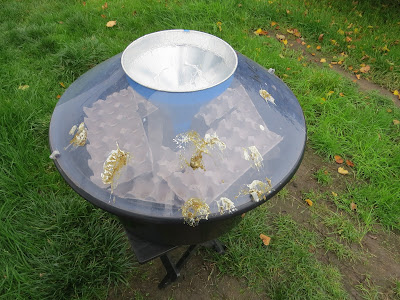 and likewise the 'roosting' Wood Pigeons!
With the abundance of trees around here, why do they feel the need to
park themselves directly above the traps?
On the up-side, it's nice, just for a change, not to be personally on the receiving end.
Also on a positive note within there was our 'third' 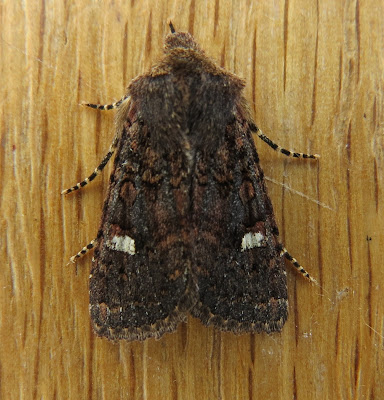 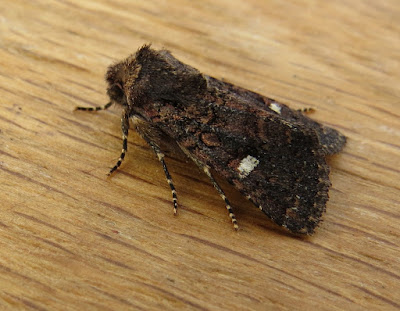 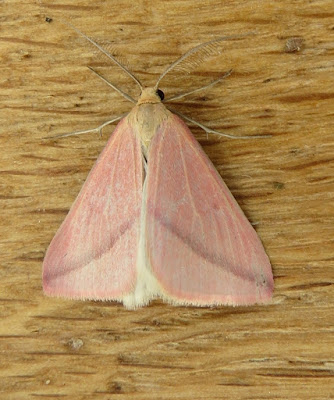 and by sharp contrast a very pink
VESTAL 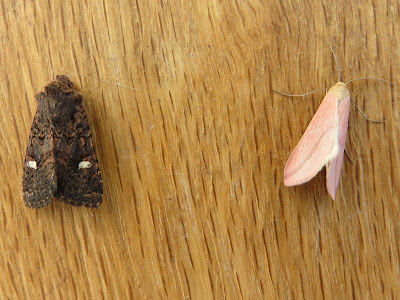 It was thought that the 2 together made for a 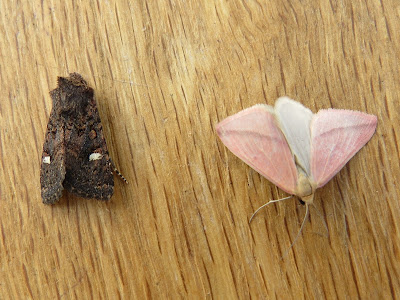 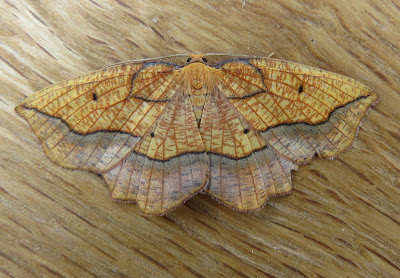 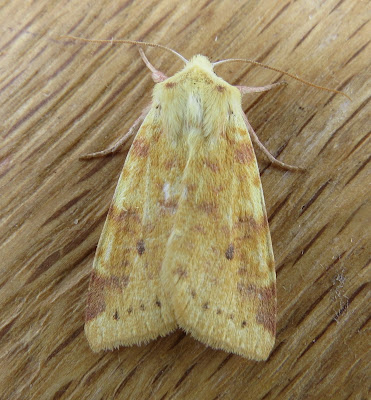 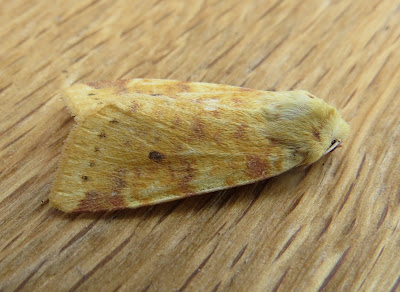 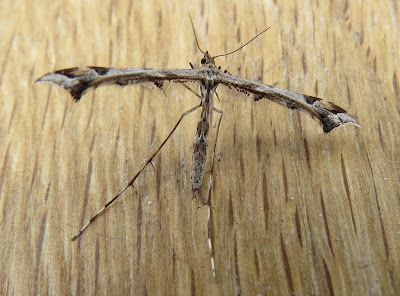 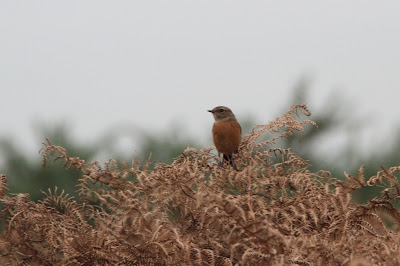 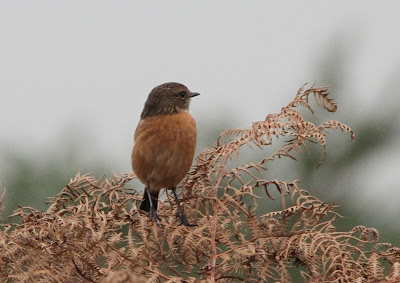 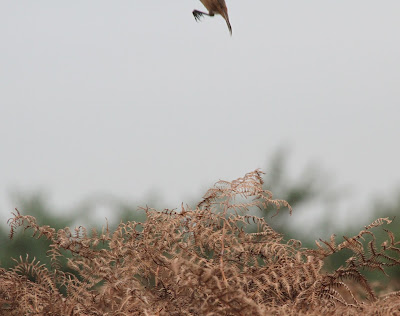 seeming to steal the show before it too buzzed off. 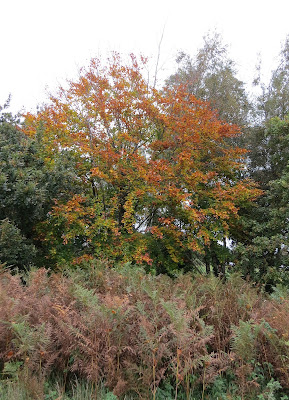 Strangely, only this single BEECH in a row of dozens
is showing its Autumn Plumage. 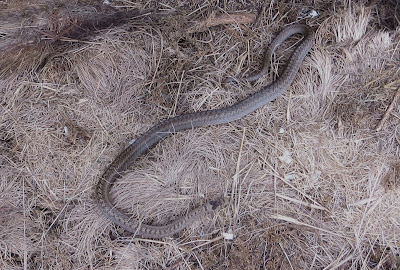 Readers will likely be pleased to know that today the was only a single
SMOOTH SNAKE
before we continued on to view the progress, or otherwise, of what
should be the new watercourse. 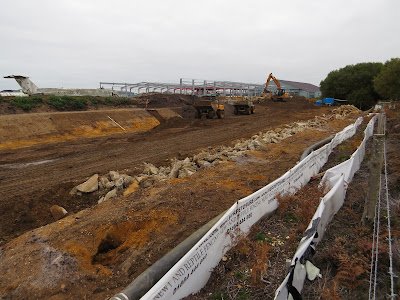 This channel was filled with rocks last week which, a few days later,
were removed only to find them back again yesterday? 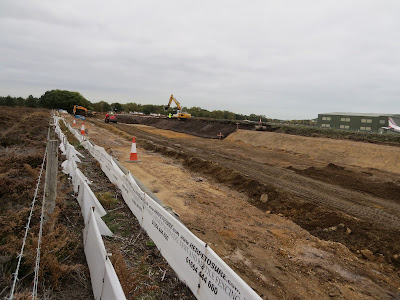 The 'top-dressing' of clay-like soil continues along the banking, 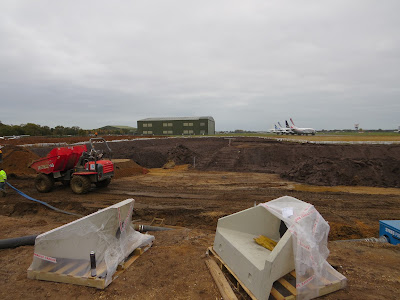 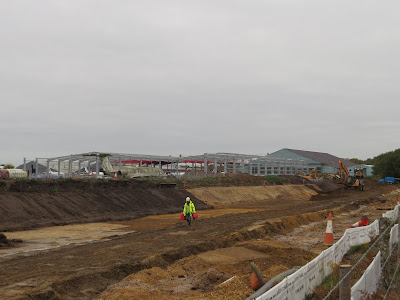 The Steel Erectors have certainly been busy as the
Factory /Workshop (whatever) continues to gain length at a steady pace. 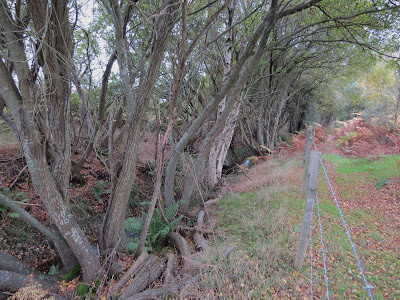 Water continues to flow naturally along this small tributary of the Moors River, 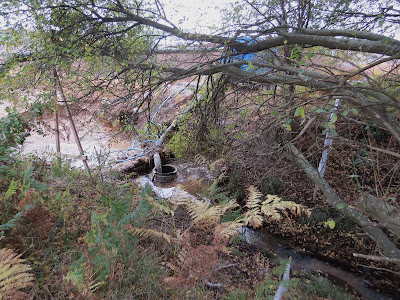 before dropping into this culvert 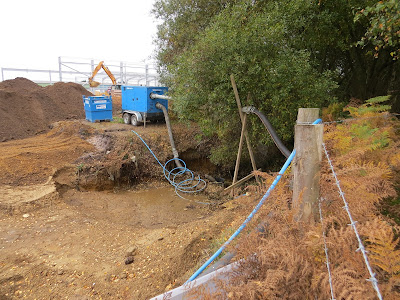 and then pumped to the other end of the proposed Balancing Pond,
continuing its natural passage to the Moors.
Will we live to see the finished product? 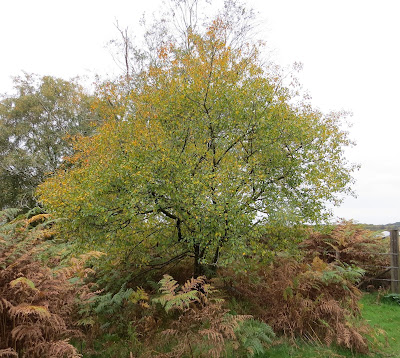 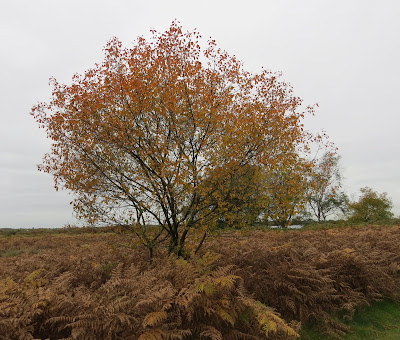 ALDER BUCKTHORN
at the Merritown Gate are now looking resplendent, with all else
on offer amounting to examples of 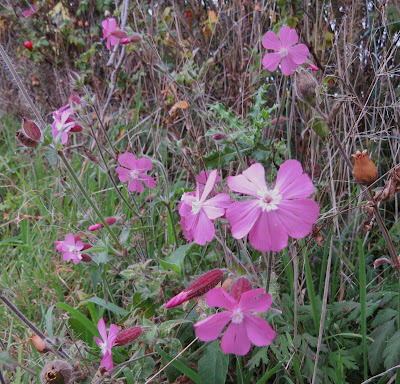 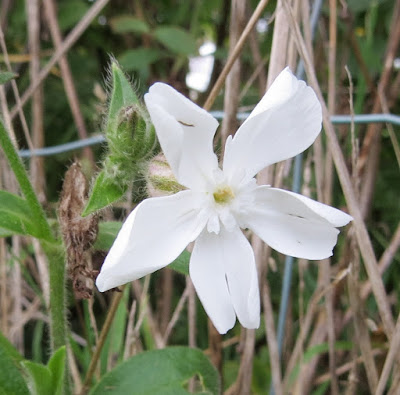