Changeable and quiet just about sums up the last few day during which time we've hardly been out. Two days of rain have now turned to gale force winds, albeit at the lower end of the Beaufort Scale, but nonetheless blustery. Across the Recording Area the best on show have been the increase of northern Thrushes (Redwing and Fieldfare) but even then nothing dramatic. The Moth Traps have also taken a tumble and to forewarn the Readership this may be the final couple of days before we stow them away for the winter. This is what we have been seeing:- 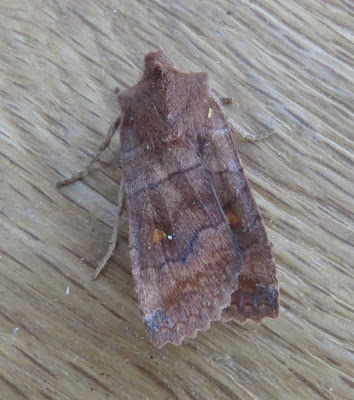 Initially caught in early Spring, the return of 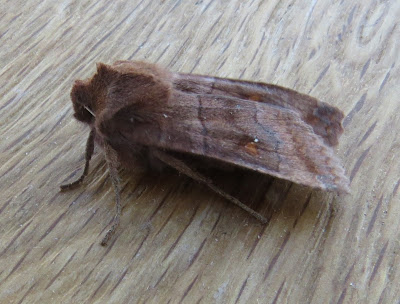 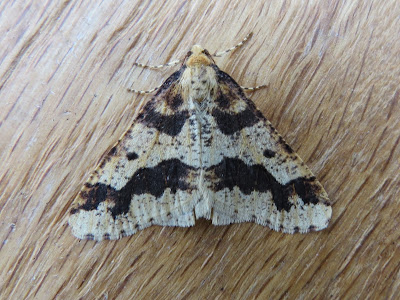 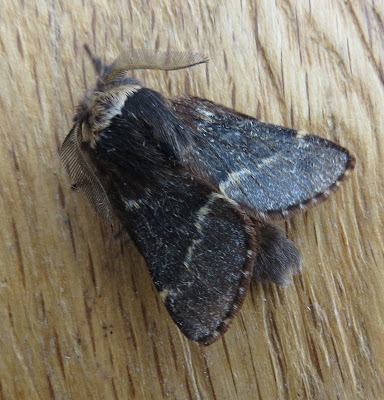 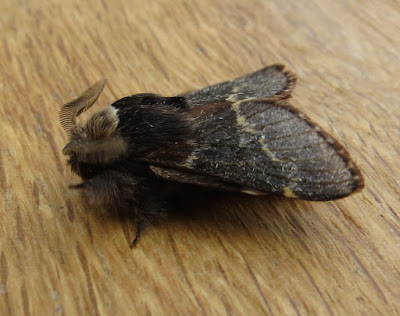 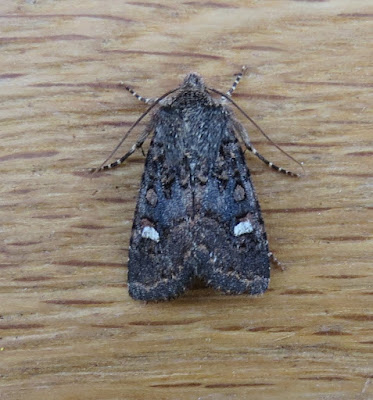 and yet another, our 5th, 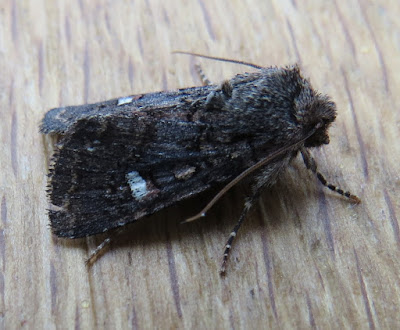 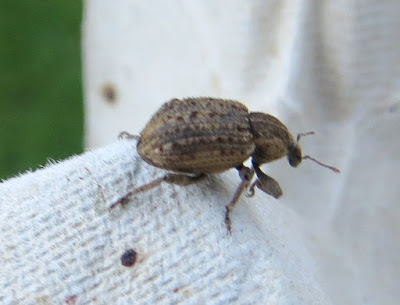 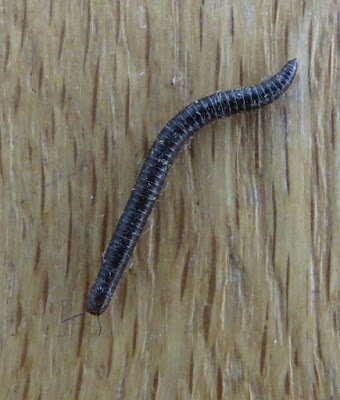 and just how do things such as the
MILLIPEDE
get into the traps? 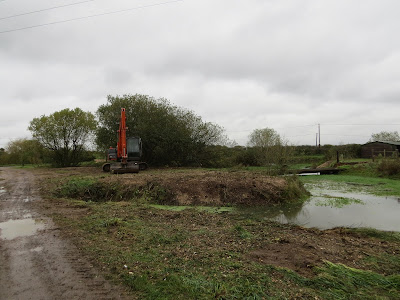 In recent days most of the action has been centred on 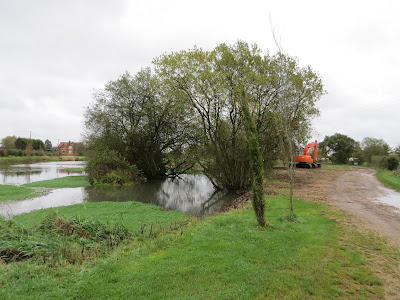 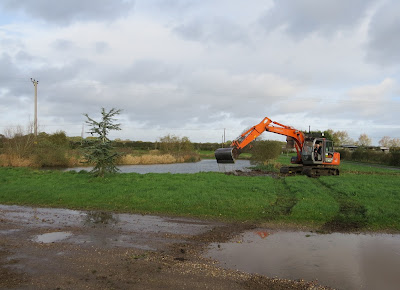 where some radical husbandry has taken place with the thinning
of the Sallows and the much needed removal of silt/mud.
All the action here hasn't deterred the early morning 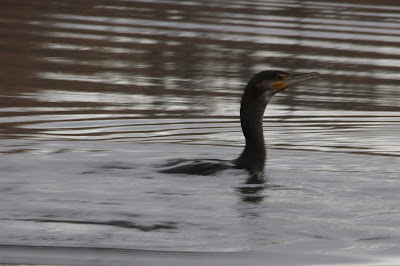 CORMORANT
which a few days ago showed up as a record number of c45
overflying the farm. 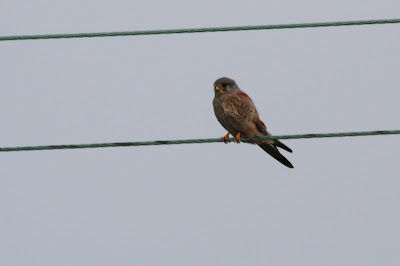 Another record breaker has been 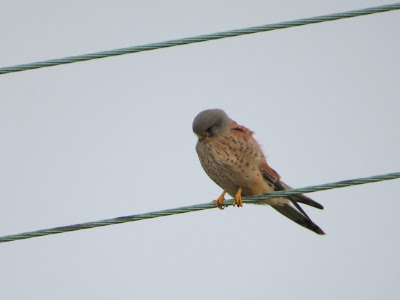 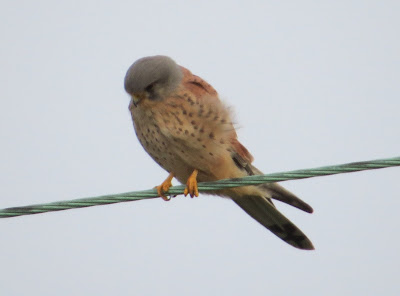 with at least c8 across the Recording Area. 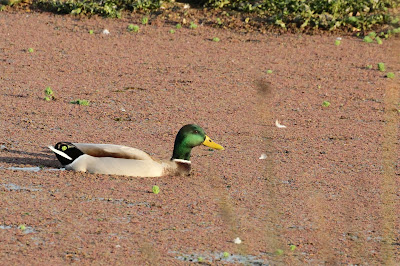 MALLARD
well no records here but 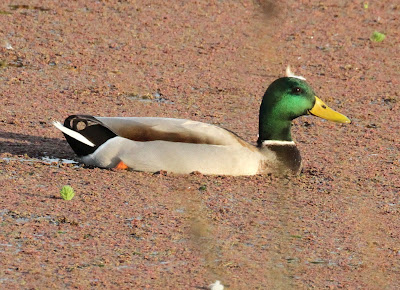 the contrast of colours of this male against the pink of the
Aquatic Fern was thought worthy of a shot or 2. 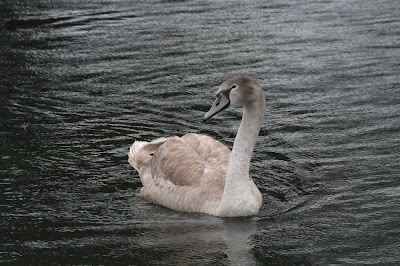 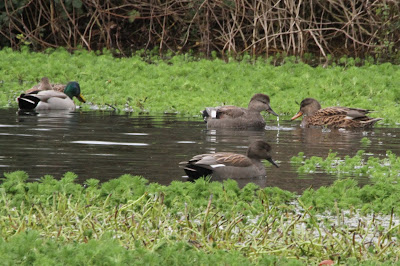 c2 males and a single female 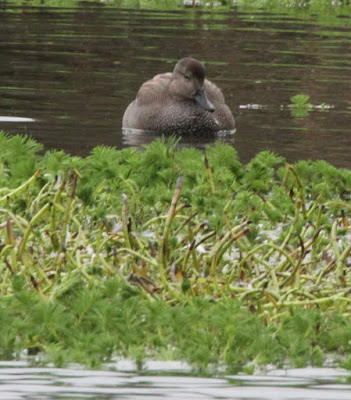 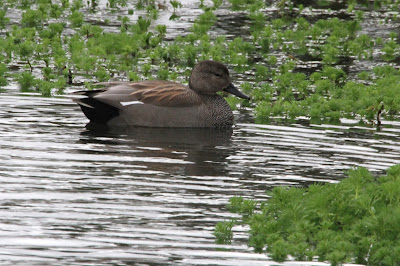 was a welcome sight. 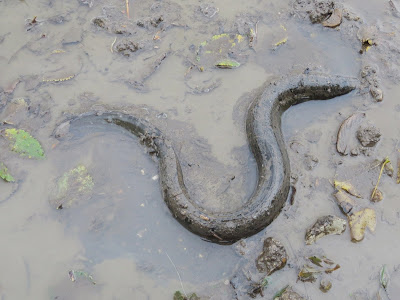 We can only think the Grey Heron has been on the prowl with this
abandoned and seemingly dead
EUROPEAN EEL
left languishing in a track-side puddle. 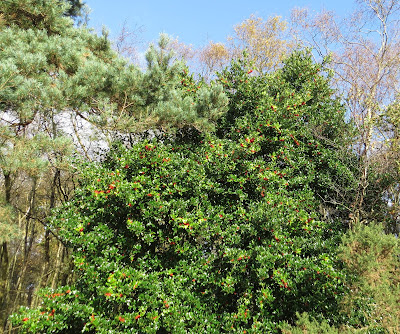 With the Supermarkets having been advertising it since Easter, surely
Christmas is just around the corner so remember 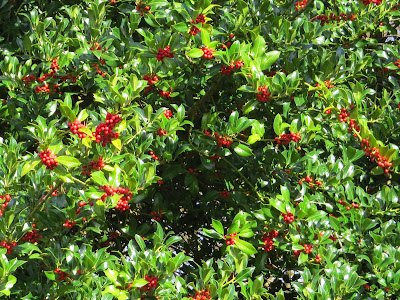 Of all the trees that are in the wood the
HOLLY
bears the crown. 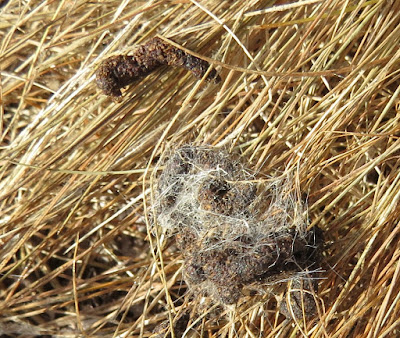 All that was found under the metal sheets and roofing felt during this
week's rounds was a small ball of
Rodent Fur and a few Droppings, guess the Reptiles/Amphibians are
now in hibernation?