'MAY' This Be Love - Jimi Hendrix

The heavy frosts of recent days didn't bring with it the masses of northern birds hoped for, although there were a few dramatic increases in numbers of some species such as Robin, Blackbird, Reed Bunting and Song Thrush. Also on the down side not one of the watercourses here was spared an icy coating so gone too are the majority of Wildfowl - they'll be back! 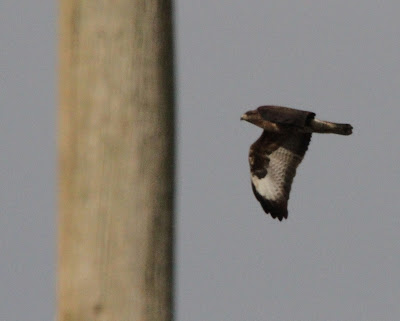 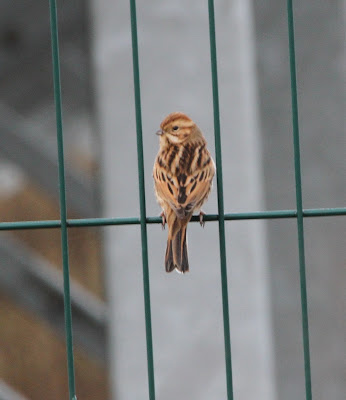 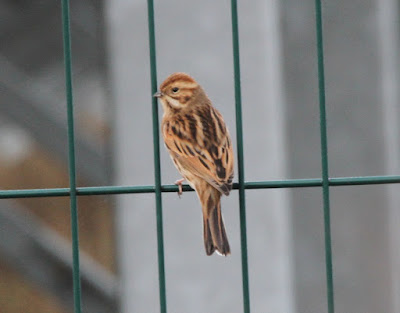 have arrived up the Common. 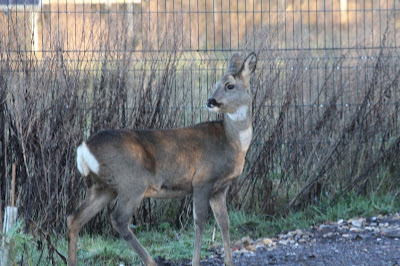 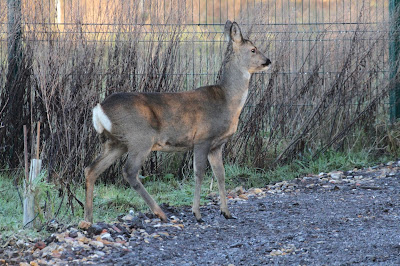 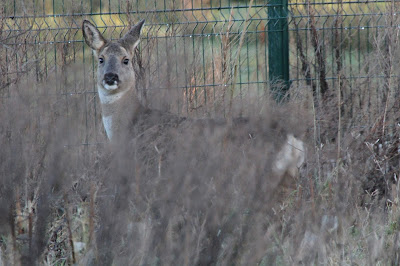 ROE DEER
were caught quite unawares
ROE DEER
CARRION CROW
with (what else but) 'carrion', but not for long.
Enter one of the 'several' local
COMMON BUZZARDs
and it's goodbye to breakfast, survival of the fittest,
natural selection or weakest to the wall, you name it! 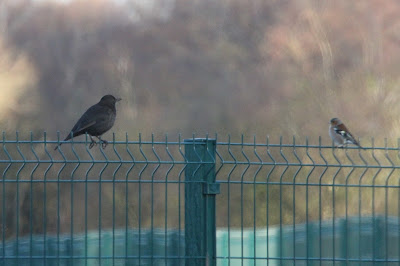 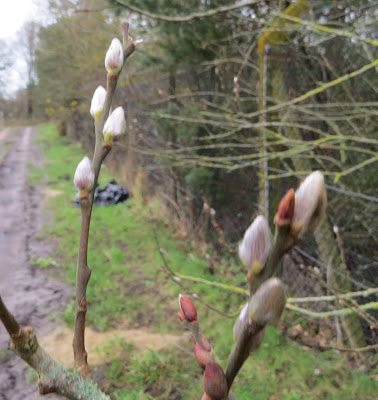 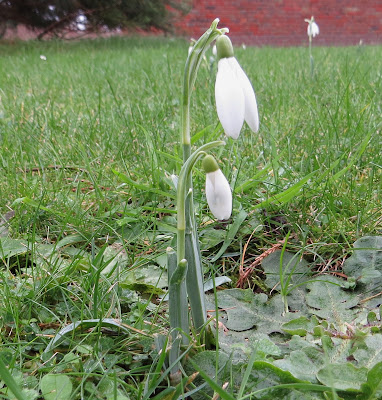 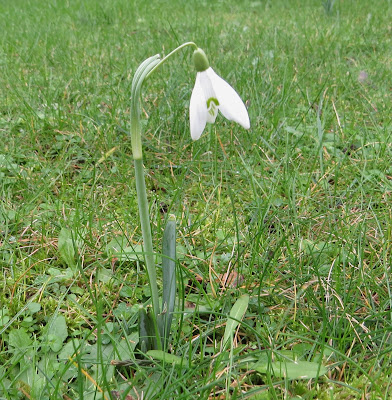 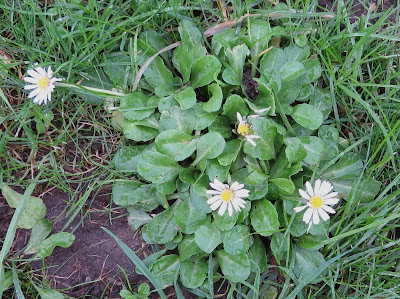 DAISIES
were expected, but certainly not 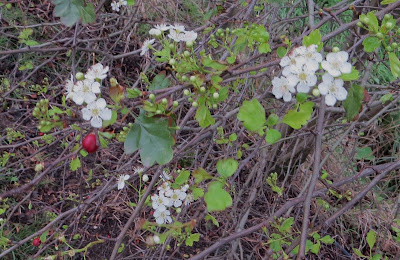 HAWTHORN
MAY blossom in January? A new one on me! 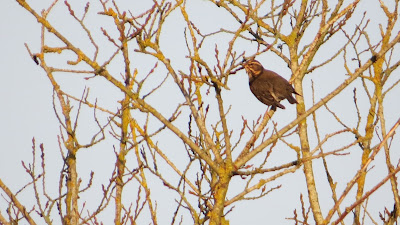 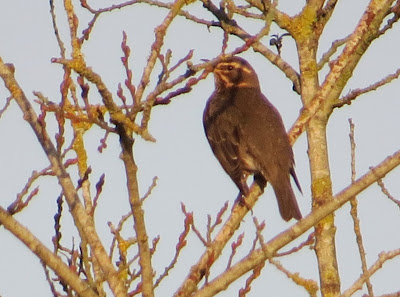 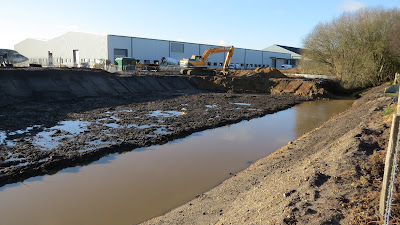 Now for the continuing saga of the Balancing Pond at Bournemouth International Airport, where yesterday morning it was found they had dug this large lagoon where earlier a dam blocked the tributary. Seems the Big-Wigs have been down from Manchester to find the whole project has been dug far wider that permission was granted for, and it would seem that now, rather than refilling, the pond, lagoon and tributary is to be covered by netting?? The Officials were quoted as saying that this new watercourse 'might' attract BIRDS, the Arch Enemy of Aircraft, but you can see there is some lateral and scientific thinking going on around here!! STILL IT IS NOT FINISHED!