Through the Trees (Part II) - The Handsome Family

WITH FLASHPLAYER IN PLACE WE HAVE NO IDEA WHY
VIDEO CLIPS ARE NOT SHOWING - APOLOGIES.
Dave had already been in the Tern Hide for half an hour before my arrival, so well able to point out what little was of main interest. This included the Slavonian and Black-necked Grebe of my previous visit, but also a gaggle of 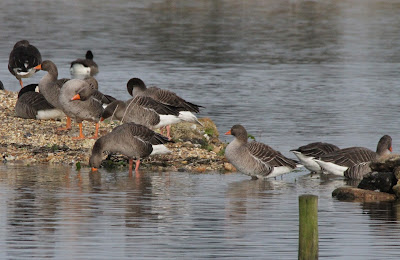 GREYLAG GEESE
heard long before entering the hide and absent at the last visit as were
a bunch of very distant Goosander. Also present before were 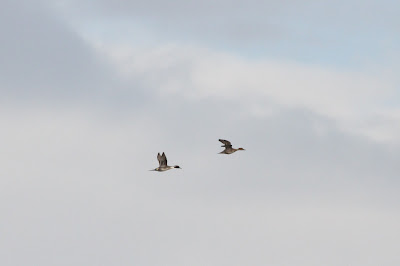 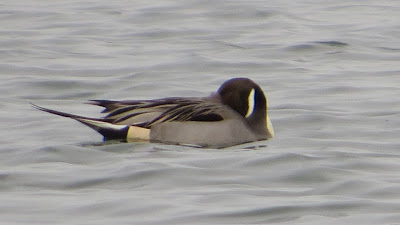 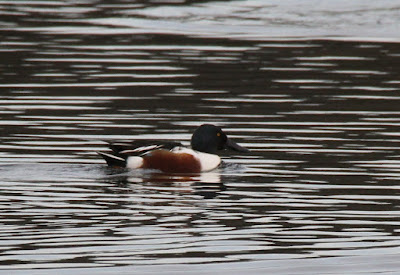 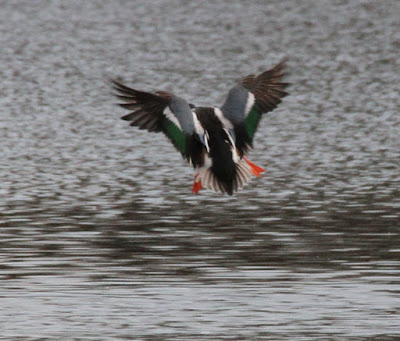 with more arriving.
mostly male SHOVELER with brief female
male GOLDENEYE (preening)
male GOLDENEYE, showing early but brief display
along with a trio of aggressive
POCHARD
With once again not a Gull in sight it was decided to visit the
Woodland side of the Reserve maybe giving the Gulls
a bit of time to come in to roost. There we found in quick succession 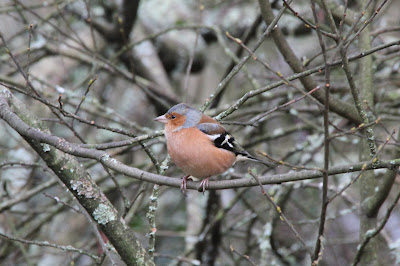 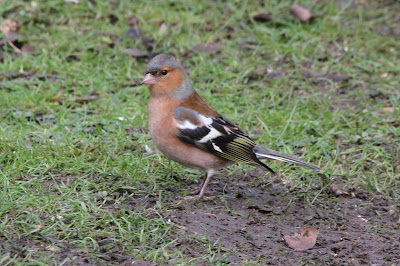 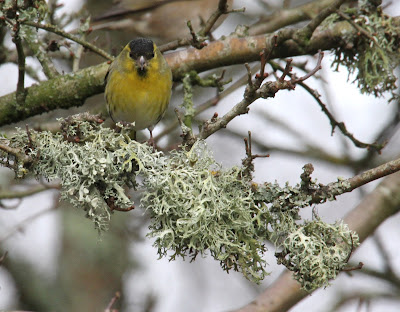 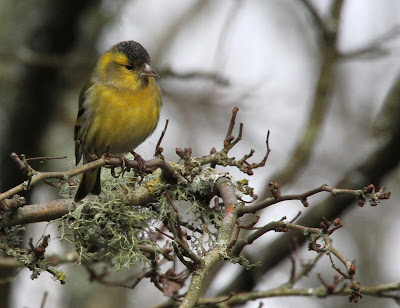 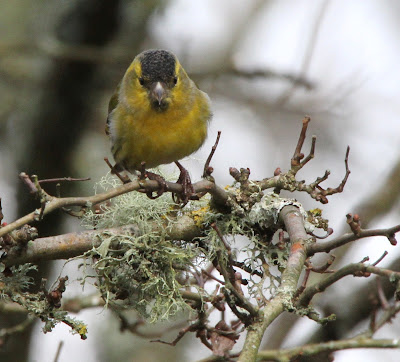 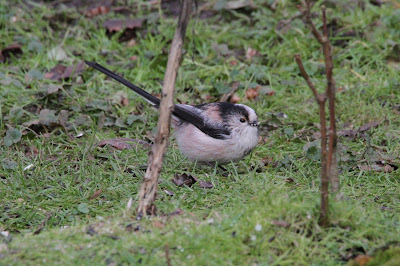 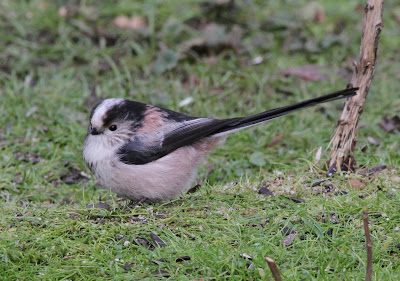 feeding on the ground, which is not unheard of but somewhat unusual 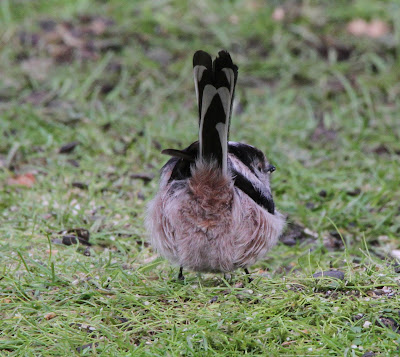 to their preferred foraging of dense foliage, and a single 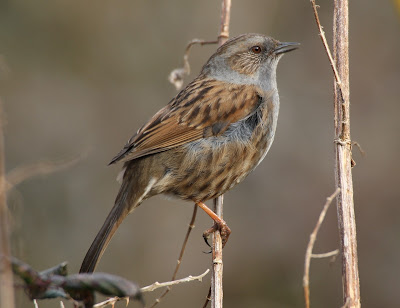 DUNNOCK
Moving on to the Woodland Hide where all but one of the windows
are 'smoked', to prevent the human activity within spooking the feeding
birds, there was no delay in locating c4
BRAMBLING
the 'northern version of our far more familiar Chaffinch
also seen on these clips.
GREY SQUIRREL with BLACKBIRDs 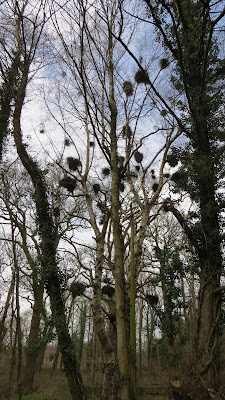 there were now 'hopefully' bigger fish to fry! There was a method to our visit here and in pursuit of these 2 Gulls, both rare visitors to our shores, we had forsaken the possible chances of recording Great White Egret and Bittern, maybe another day?
Back at the Tern hide and amazingly finding a seat at the viewing ports,
Gulls were already flying in to roost. No prizes for guessing who spotted the 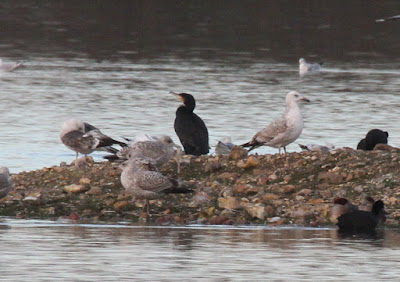 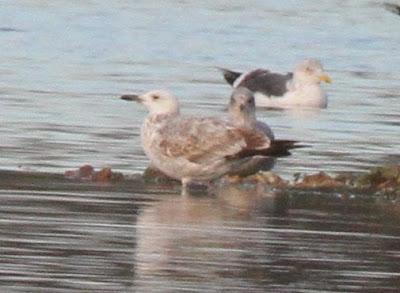 but I did tell Dave right away,
oh that's another 2 feet added to the length of the proboscis! 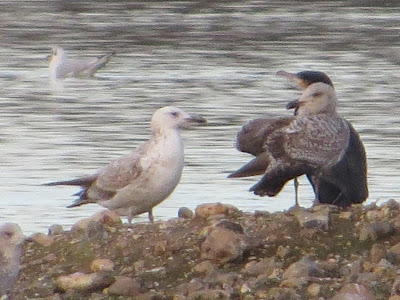 A 'scarce' vagrant which mostly breeds around the Black and Caspian Sea,
but has a wide distribution across much of Europe, Asia and even North Africa.
A couple more 'grainy' shots from the 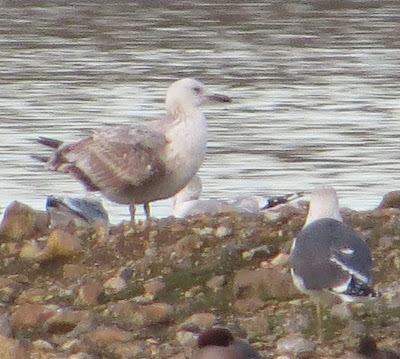 small Canon at 50X zoom.
CASPIAN GULL
In quick succession there was an alert that the 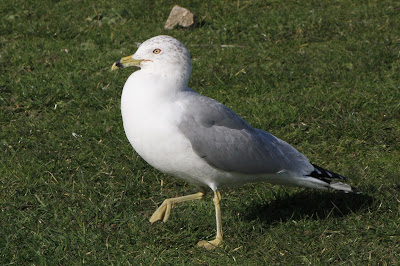 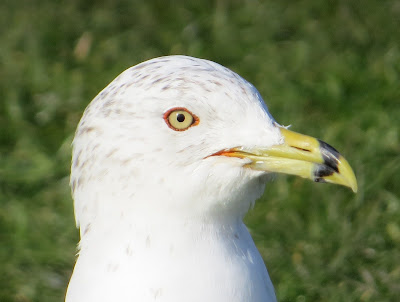 had also joined the growing throng, but unfortunately twice the distance
of the Caspian, so again we rely on the archive to illustrate this 'scarce'
Gull which hails from the Americas.
On my way back to base a third attempt this year was made for the 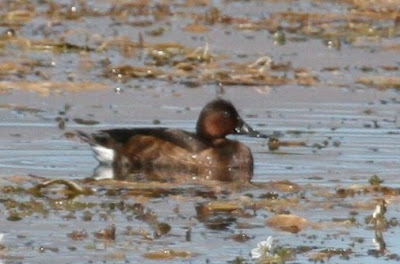 FERRUGINOUS DUCK
which for a number of years has over-wintered on Kingfisher Lake,
part of the Blashford chain of redundant gravel pits but only viewable
from Hurst Road a little further south. Another vagrant from
Central Europe which proved to be Third Time Lucky.
(this image is also from the Library for illustration)
Posted by Bagsy at 08:07