After the Icy Blast it was a pleasure to feel a bit of sun on the nape on Thursday, but don't make the mistake of stowing the thermals away, Jack Frost and maybe even his Big Brother may be back early next week. It was a day for confining myself to the Merritown Wood and while all of the bird-life recorded was 'hard won' we did return home with a few images. Talking of which, hands up those who would like to know how our first week or so with the new Trail Cameras has got along? OK, that singleton can put his hand down now while the rest of you avert your gaze!
Also all from Merritown Heath 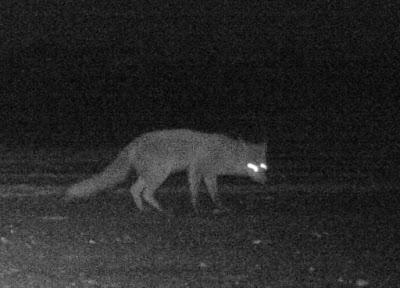 RAYNARD
has been on the prowl in a lot of the shots, so
FOX 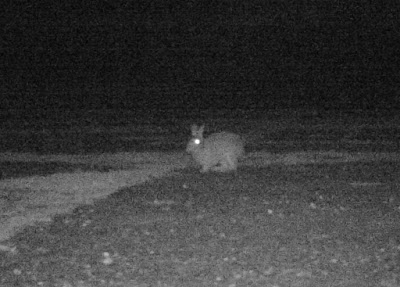 New addition to the Trail Cam List (yes there's a List)
RABBIT
and it looks as if the daytime shots may prove to be best but again
Early Days Yet. 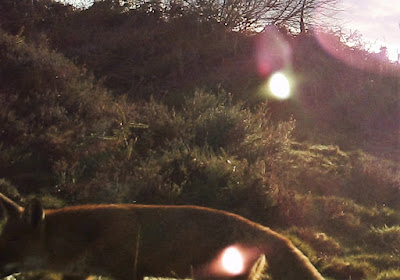 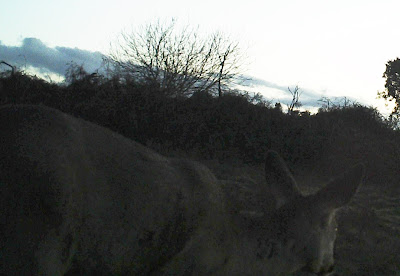 ROE DEER
and of course, being their domain, the
BELTED GALLOWAY CATTLE
have to get in on the act.
All of the birds in today's Post were initially located on 'call' or 'song'
and then with a little stealth and maneuvering we got to within camera length of some.
However, the first 2, both of which were additions to the Annual County Tally,
didn't fall to the lens at all Siskin and Lesser Redpoll the later being scarce here. 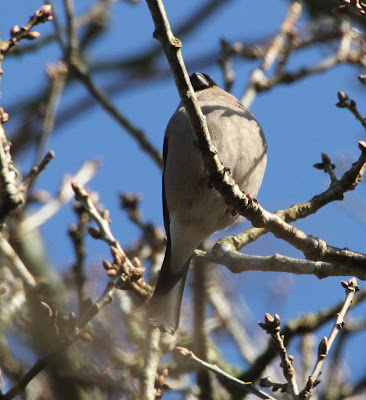 A female and then a male 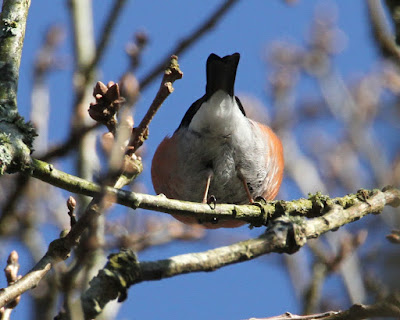 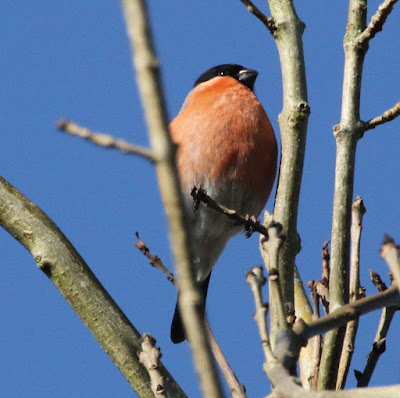 were not so lucky and then after a reasonably long wait 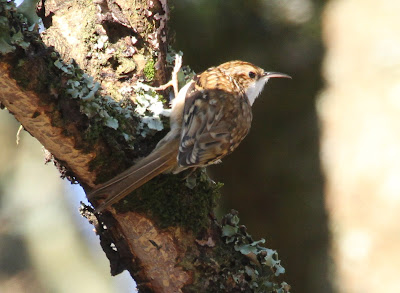 the next little beauty hove into earshot. 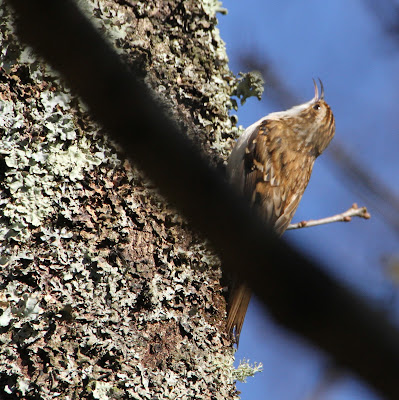 In fact not one but a considered 'pair', have to be a little cautious
with Political Correctness being what it is but neither was carrying a
multi-coloured flag! 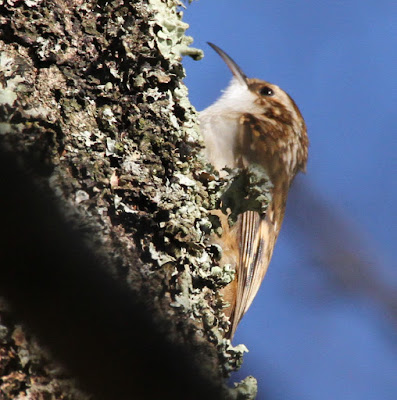 No, these 2
TREECREEPER
were fully involved in getting it together and to be honest this was my
best ever experience of this tiny woodland bird.
More in a bit! 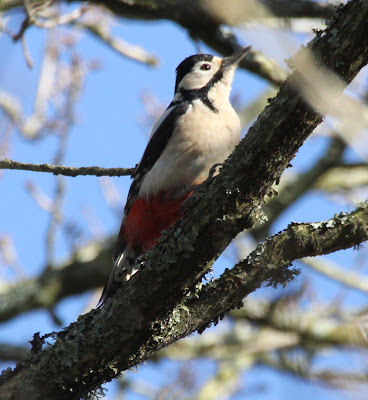 That was followed by the 'drumming' of a 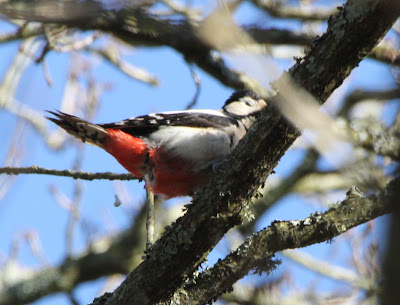 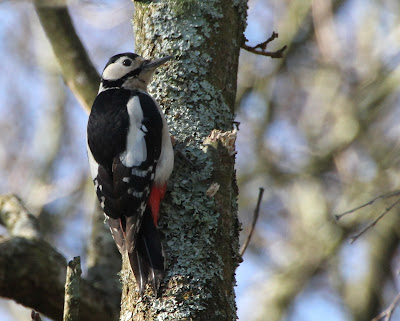 which was far more interested in increasing the waist-line 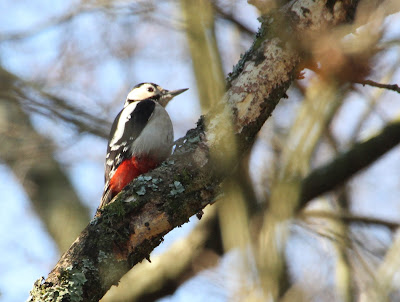 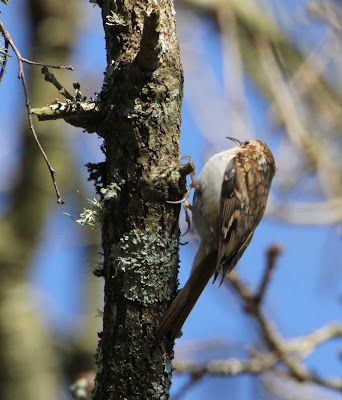 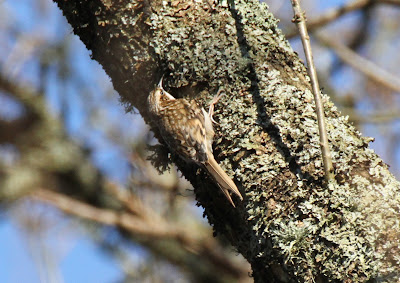 were back going through their full repertoire of calling, singing, displaying and 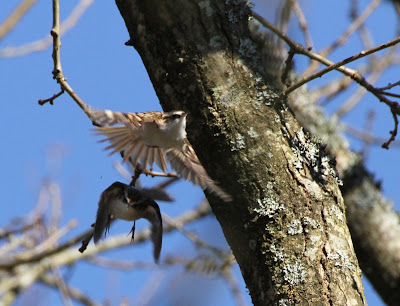 chasing each other in flight.
Not going to get into National Geographic but we'll accept the 'FLUKE'!
The walk out onto the Heath was met by the gentle grating sound of a
Dartford Warbler
but while a fair time was given to standing quite still and silent it didn't emerge.
The same situation manifested itself half way along the track but at the
third time of asking, and close to the Airport Fence these 2 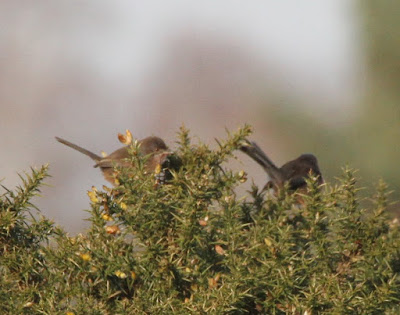 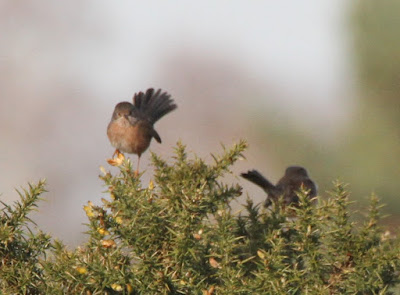 appeared at the top of the gorse and started 'displaying'!
ENTER THE 'OAF'! 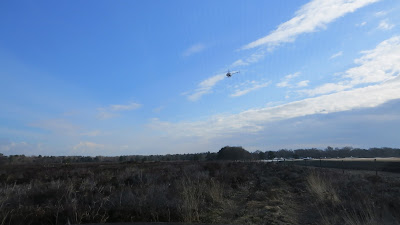 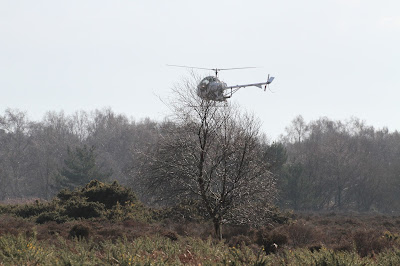 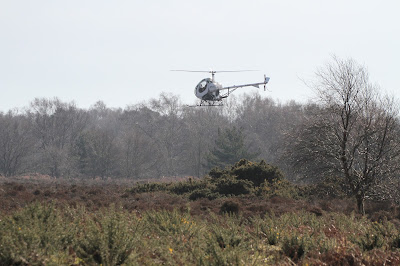 He/She continued to fly at 'zero feet' across the Heath backwards and forwards
as if knowing how much it was annoying me. 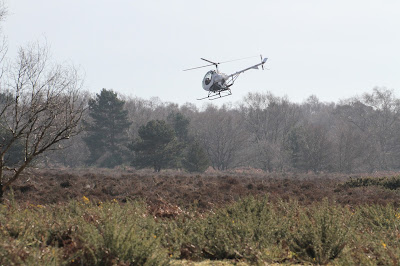 This even spooked the 4 Belted Galloway cattle, one of which is pregnant,
but now there are several 'irons in the fire' to prevent this happening again.
NOT TO END ON A SOUR NOTE
A THIRD OF A DOZEN INCIDENTAL VIDEO CLIPS.
MALLARD
A bit of a shaky
SONG THRUSH
Have been meaning to put more water in the Strange Rover Cocktail Bar!
STARLINGs
feeding.
STARLINGs
resting and just so we don't get done under the Trades Description Act
"We got a a 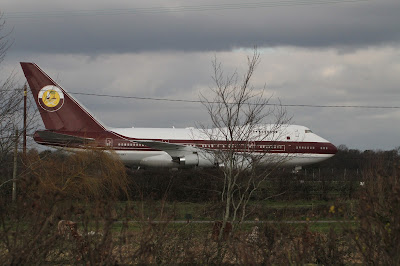