February arrived and was immediately seen to have inherited what conditions January had left behind, dark, dismal, dank and windy with a liberal sprinkling of rain showers sometimes heavy. Apart from that it was close to perfect but despite the weather there were were a few things in evidence and noteworthy.With a smattering of

SONG THRUSH
(in full voice, what a way to start a new day let alone
a new month)
Redwing and Fieldfare behind us it wasn't until arrival at the Sewerage Works that anything else was added to the notebook. Unseen, but somewhere within the complex was a highly vocal Green Sandpiper and while still in earshot a second was seen close to the Phase III Solar Panel Compound. Fast forwarding about 90 minutes, and a third was noted feeding in the now complete? Balancing Pond at Bournemouth Airport. This equalled the previous day count for this nifty Wader within the Recording Area, it may be remembered however that they were captured together in a neat line rather than so outspread. 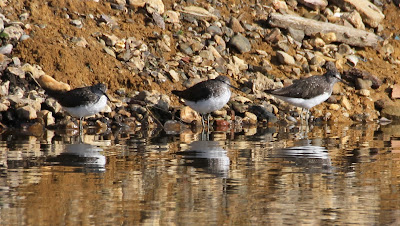 GREEN SANDPIPER
With still no sign of a/the Firecrest, seen by a. n. other earlier in the year, we quickly cut along to scan the short beat of the Moors River that is open to us and among the few Mallard, Teal and Gadwall was our 'third' ever 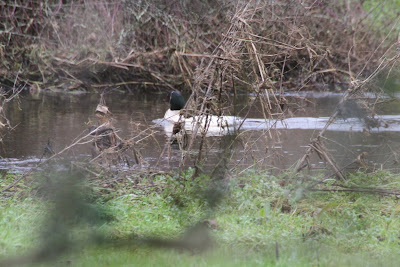 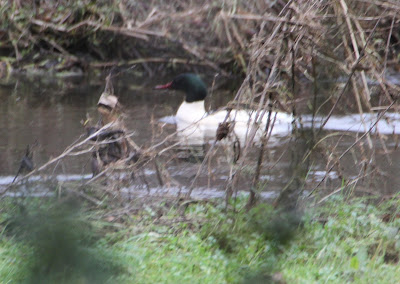 for the patch and a male (our second) at that. 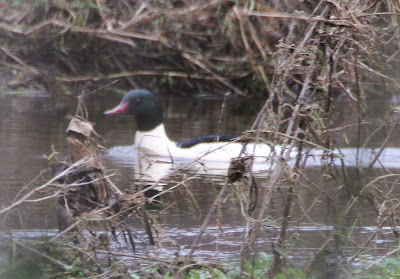 This was also an addition to the Dorset Year List.
There was a Welcoming Party as we reached the gate leading onto
Merritown Heath 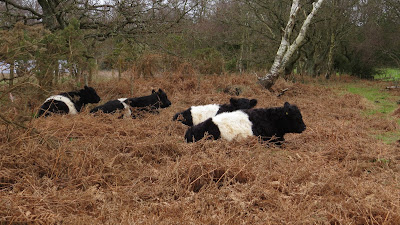 a Quartet of seemingly very contented 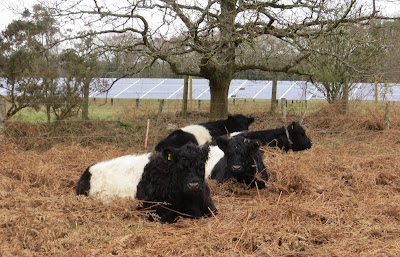 BELTED GALLOWAY COWS
Ever onward, and while so far this year we have heard them 'calling' and
'scolding', among the heather, that day we recorded our first 'singing' 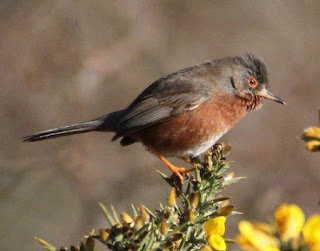 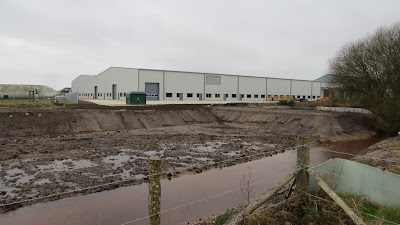 Unusual for there to have been no construction activity noted here
over the weekends, all of the residue banks of soil had disappeared
over that period opening up the now completed (on the outside at least)
Aircraft Fitting Factory
to 'full' view.
It was no more than a whim that sent us back to the Sewerage Works again on our return journey, but what a stroke of luck. In hope of a final Bullfinch, Coal Tit or even the afore mentioned Firecrest all that were found were Pied Wagtail and Robins. Turning for home one of these 'Robins', perched on the Solar Panel fence, was 'twitching' quite uncharacteristically for such a bird and worth further investigation. With the Strange Rover completely out of position for anything like a decent view, it was moving that flushed the bird which headed for the works. Turning full circle, there it was again 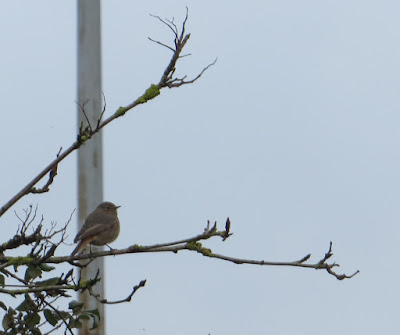 this time perched on a bush, where luckily it stayed until 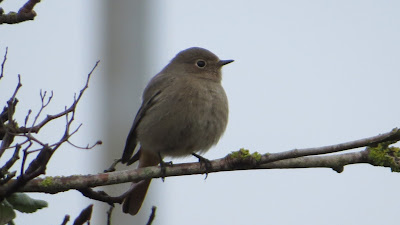 further manoeuvring, to best advantage, proved it to be a female 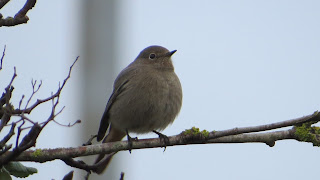 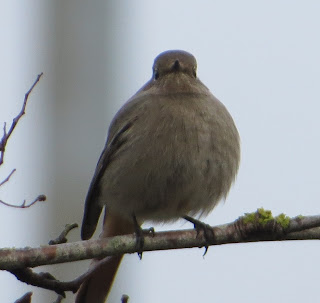 This, like the Short-eared Owl of last month, is a
New Species to the Recording Area as well as to both
Year Lists.

In closing, what has been a report from Monday the first day of the month, there is a snippet of bad news. Our faithful and rarely failing Lap Top has died on us and the totally inadequate substitute is driving me up the bulkhead! So much so that if the situation cannot be resolved (the Desktop Doctor has been summoned) then there is no knowing when the next Post might be. Please bear with us - Thanks!
Posted by Bagsy at 08:02