Nut Rocker - B. Bumble and the Stingers

Nut Rocker
Seems Parley Pond is coming into its own during late Spring, with first the Reed Warbler going bonkers in song, and while this continued yesterday the descant was provided by this 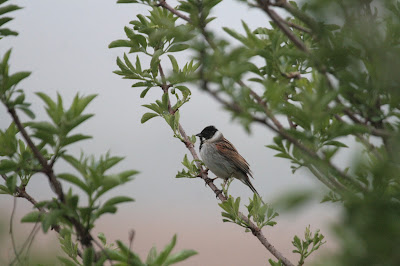 REED BUNTING
which are also still singing along the banks of the River Stour.
At the Moth Traps good returns continue sprinkled with the odd
First for the Year
which keeps both interest and anticipation in equal measure. 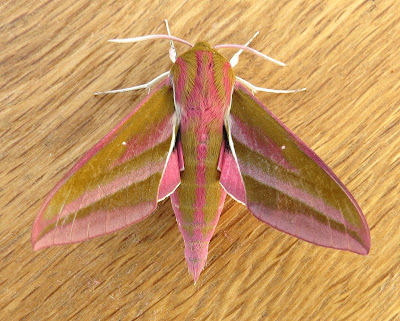 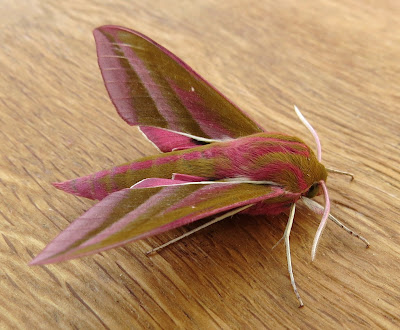 ELEPHANT HAWK-MOTH
for 2016 along with 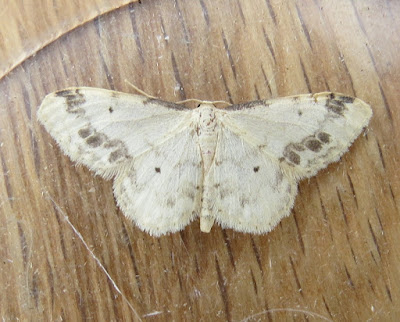 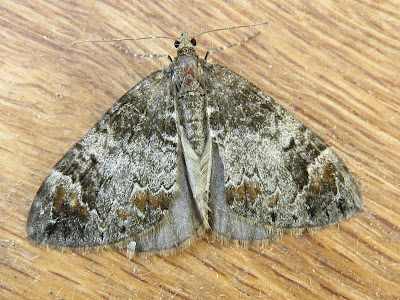 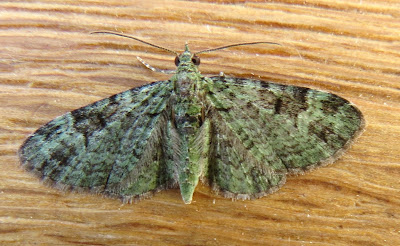 GREEN PUG
and the start of the Stinging Season as 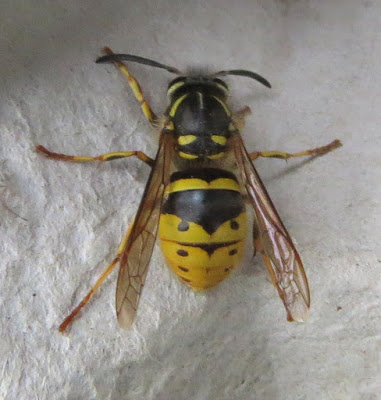 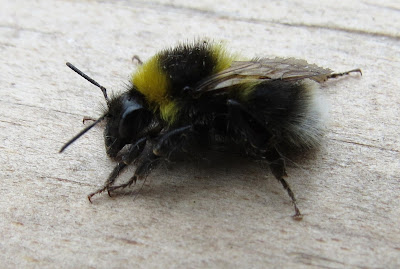 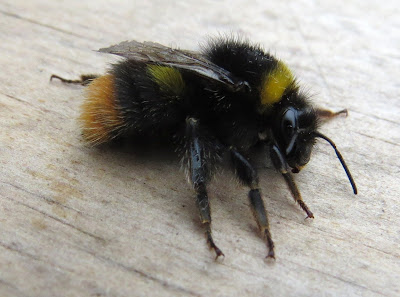 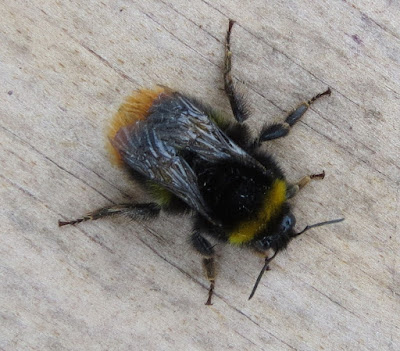 BUFF-TAILED BUMBLEBEE
The ever watchful and opportunist
GREAT TIT
gathering whatever it can from the surrounds of the traps. 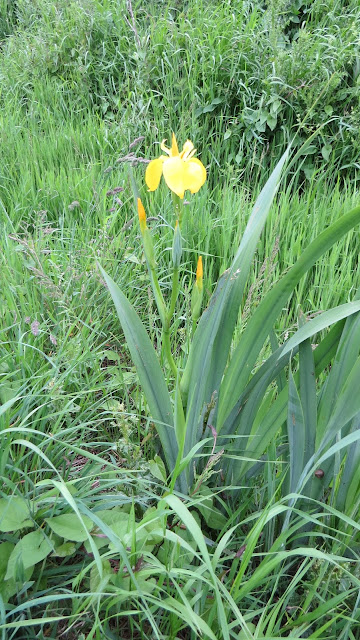 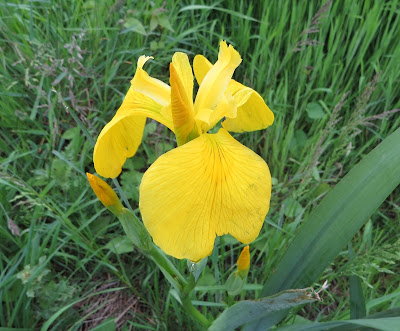 are now bursting into bloom at all suitably damp/wet locations.
Nothing more than the 'sitting' Coot at the Irrigation Pond and it was thought
just the pair of 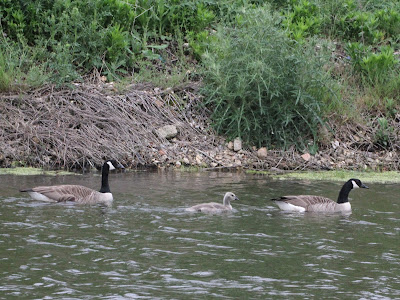 CANADA GEESE
with the 'singleton', 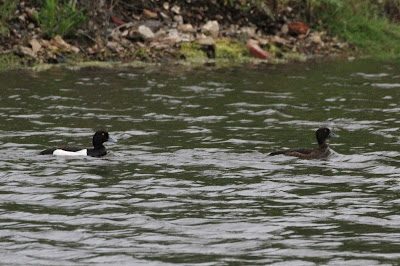 but hang on a sec, what's that appearing from among the vegetation? 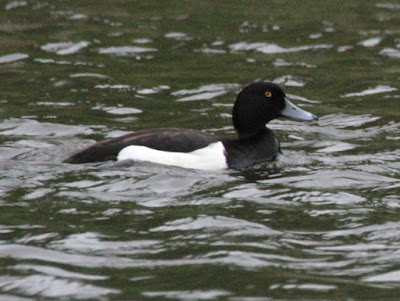 The pair of
TUFTED DUCK 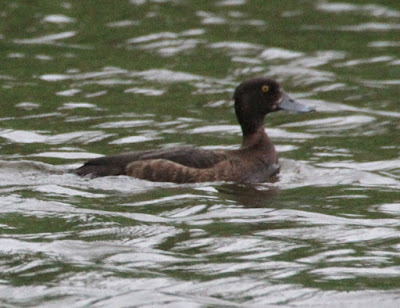 have returned just in time to be added to the June List.
A short clip always adds to the story. 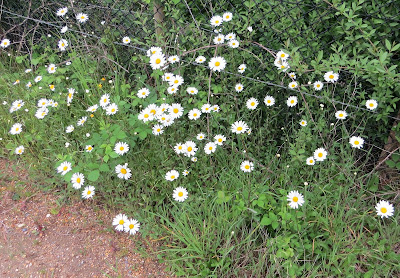 Now all over the place 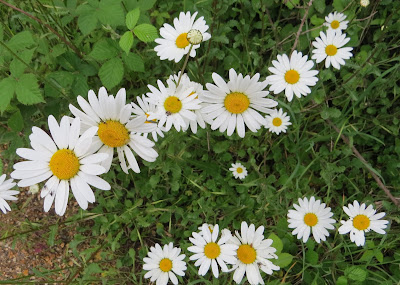 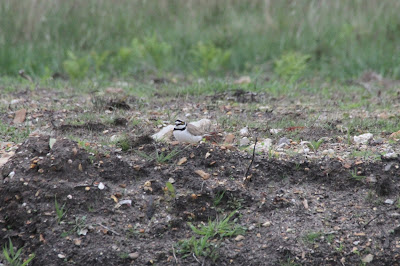 LITTLE RINGED PLOVER,
at least the 3rd pair in the Recording Area, 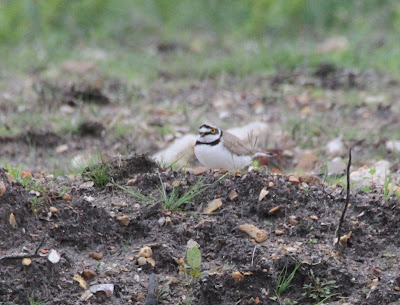 have now taken a toe-hold at the new Balancing Pond at the Airport.
With the Bund now close to completion and almost completely blocking
access to the large rubble area behind the Eco Recycling Works there was
a serious priority to be undertaken. A visit to the offices of Justin Dampney,
the Site Manager, to seek permission to access the area via the Works Yard.
THERE WASN'T A HITCH WITH THIS! 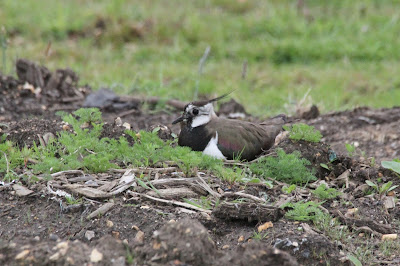 Taking up station, first into view was this suspected 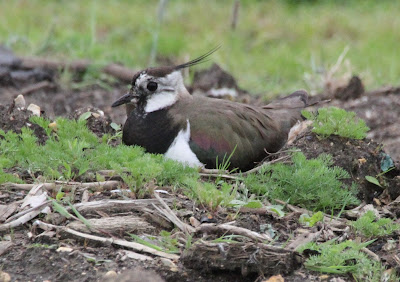 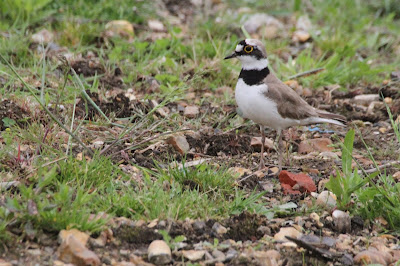 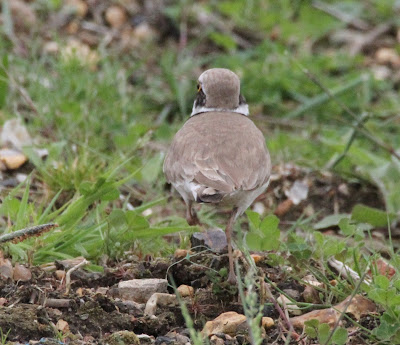 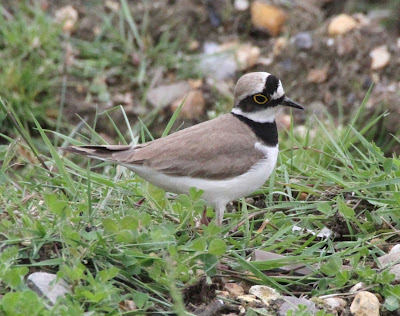 landed right next to the Strange Rover 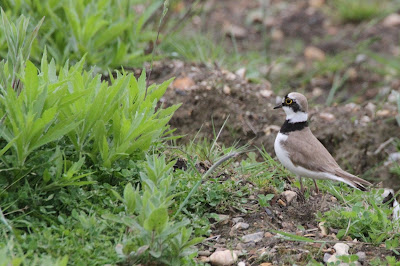 at very close quarters.
Surely these birds are nesting somewhere among the strewn rubble?
With so much Heavy Plant, from both Eco and the Bund Builders, it was
almost inevitable that one of them would 'flush' the presumed sitting bird,
which had 2 distinct advantages. While the agitated 'parent' was flying low
above us the opportunity was taken to 'prove' that eggs had been laid, 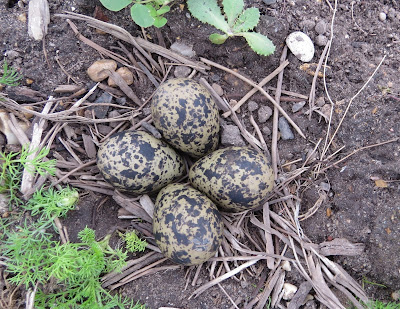 which happily turned out to be the case, 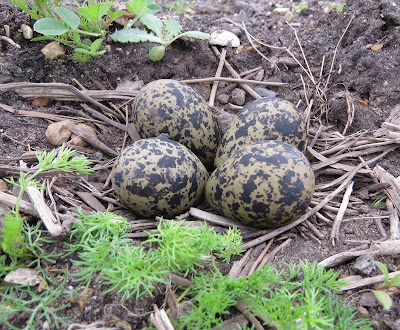 and to mark the spot with an iron pole while advising the
collective drivers of the position of the nest.
Returning to Strange and sitting it out, it wasn't long
before the flying bird landed and very cautiously
returned to the nest, the eggs
just showing as it makes the final approach, while the
LITTLE RINGED PLOVER,
which may well have been heard 'calling' throughout these clips,
also went about its business.
Posted by Bagsy at 05:06