Despite some rain on both mornings of the weekend, it was a great pleasure to have our friend Dave Foot to stay and engage in a number of successful Wildlife forays together. On Saturday there were a manageable number of Moths to monitor and photograph while the following day there was a massive increase in both quality and quantity, so the images will not be edited/published until later in the week. Otherwise it was systems normal as from the Traps before the weekend we secured 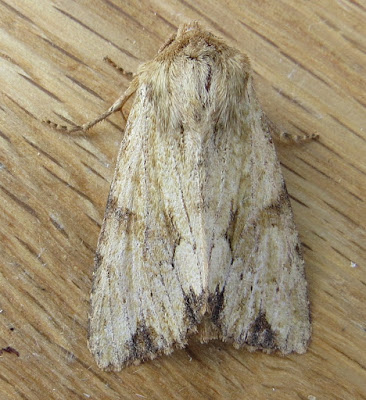 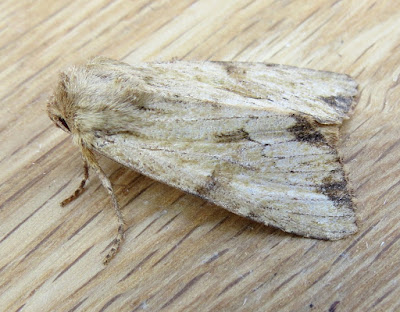 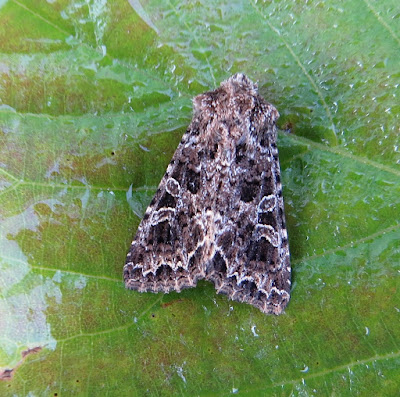 LYCHNIS
while the cultivar 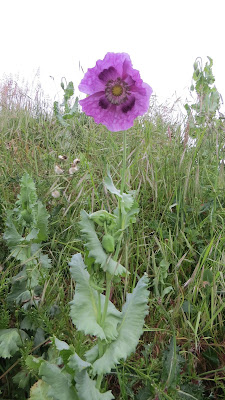 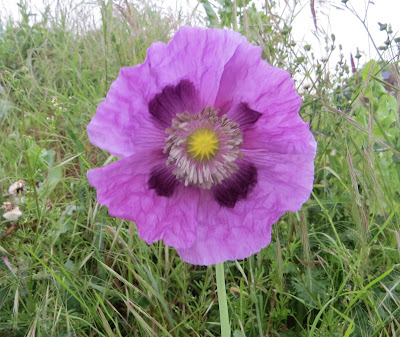 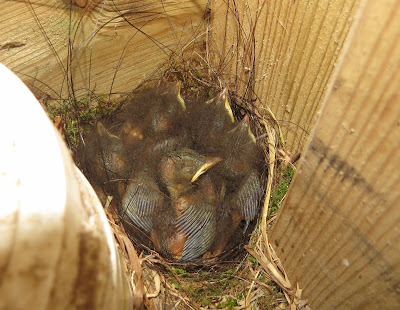 The ROBIN's eggs have hatched in Janet's stable, 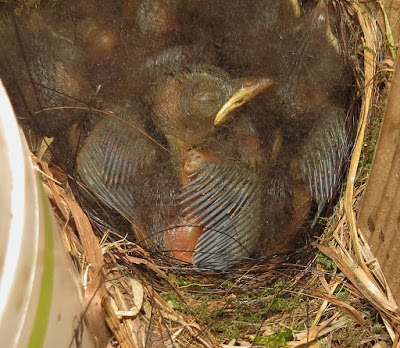 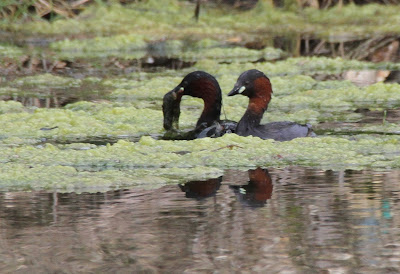 Potentially Good News as over the past couple of days 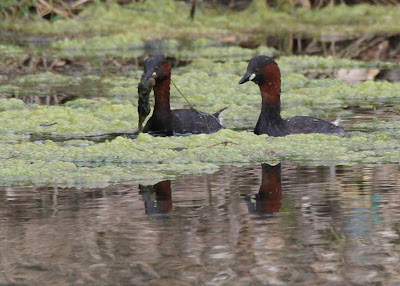 we have been watching the 'pair' of 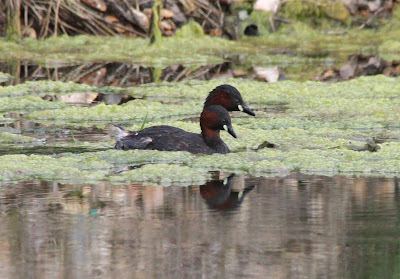 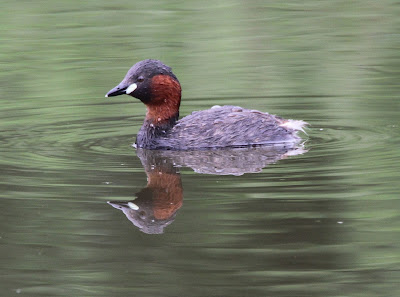 seemingly building a 'floating' nest.
Early Days
but we will be keeping our eye on the ball!
MALLARD FAMILY
LITTLE GREBE
nest/raft/platform building.
Little Bo Peep has lost her Sheep

and doesn't know where to find them!

Just take a look outside of the perimeter fence,
how these 2 got out heaven knows!
BELTED GALLOWAY

CALF
is now starting to break cover.
We promise, no more images in the foreseeable future!
Latest from the Trail Cameras 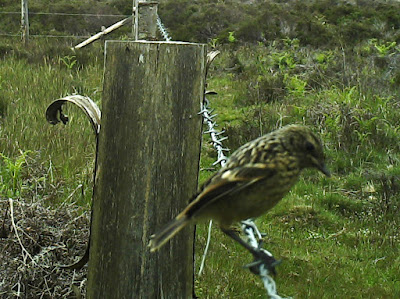