The Trail of the Lonesome Pine - Laural and Hardy

LONESOME PINE
Now we are talking, a static anemometer, 8 oktas of cloud cover (full), no precipitation in sight and a dawn temperature of +15°C was surely an indication of a good haul from the Moth Traps. While we have been bleating a bit lately about the Bird Doldrums now was as good a day as we have seen over that last few weeks to cheer things up a bit if only with Insects.
First out of the first trap was the robust 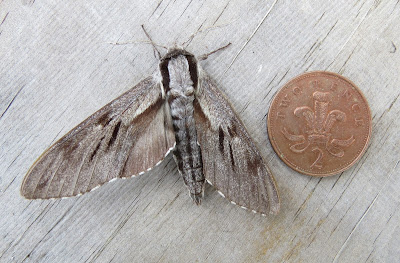 PINE HAWK-MOTH
not an addition to any list but a magnificent specimen for all that.
On the other hand 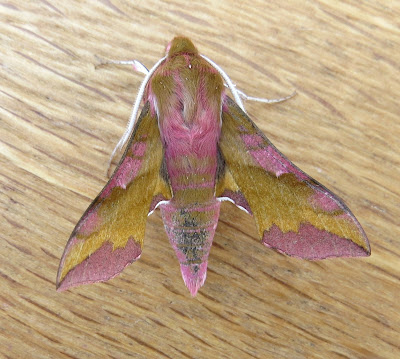 SMALL ELEPHANT HAWK-MOTH
certainly was an addition to the Year List, but nor so seen here with a larger cousin 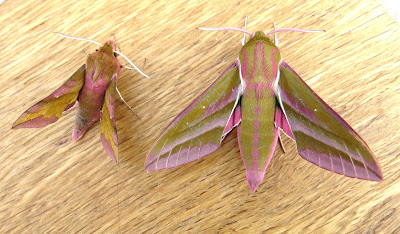 (SMALL ELEPHANT HAWK-MOTH) and ELEPHANT HAWK-MOTH
With 3 traps completed we headed for the next which is close
to the 5th Tee on the Golf Course, where we were distracted by
what at first thought to be a Black-headed Gull flying along our beat. 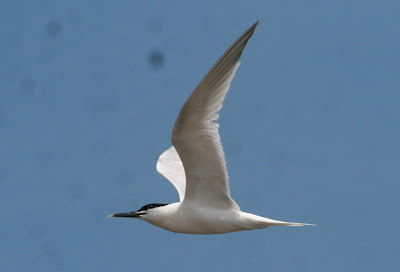 Closer inspection however proved it to be a 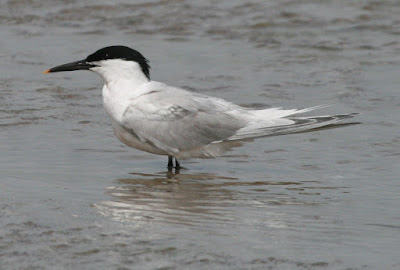 SANDWICH TERN
a little off course maybe? An addition to our Recording Area Bird List
it is also only the 8th Sea Bird to be noted here, all of the others being Gulls.
Along with Dave Foot, we have often commented that this stretch of the
RIVER STOUR
is crying out for a visiting Tern but never thought it would be of this Species! 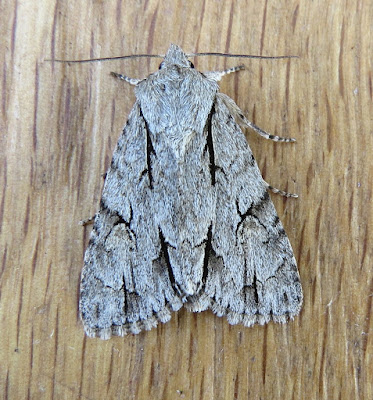 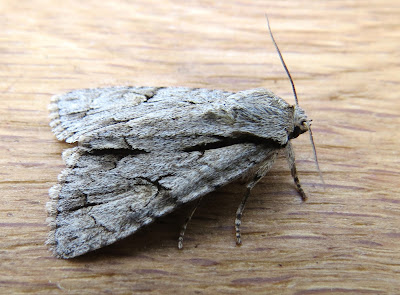 is a 'grey' area as far as Moth catching is concerned as it cannot be
distinguished from its relative
Dark Grey Dagger
except by examination of the genitalia, not a process we are likely to put ourselves through. 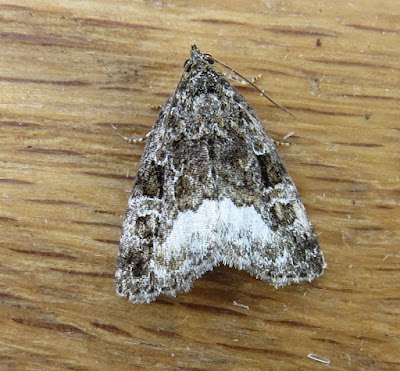 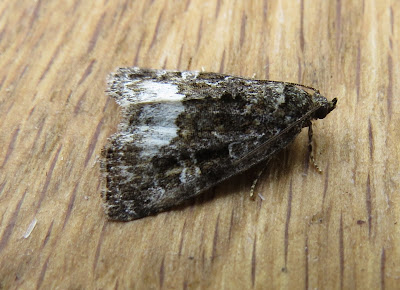 a 'sound' recording only of this bird which now dominates the
Dawn Chorus and any other Chorus that is going!
And from the Trail cameras only familiar fare but slightly better
images and clips. 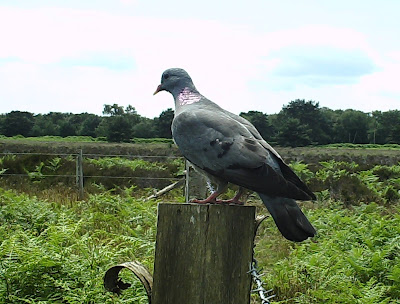 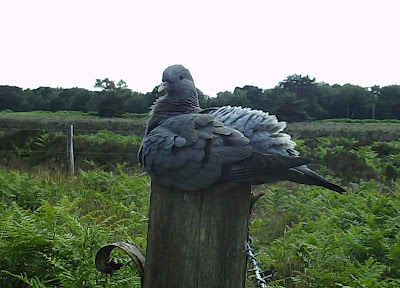 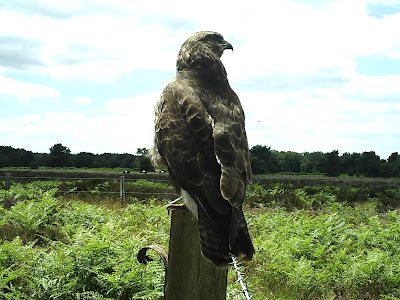 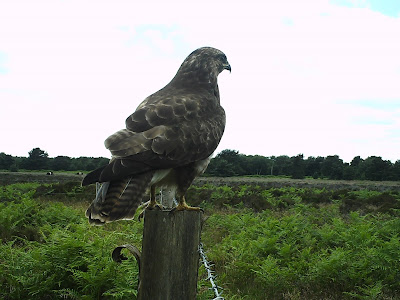