The Second Summer in 2 days yesterday when, not exactly to my liking, the mercury reached +43°C in direct sunlight outside of Slight Return II and hardly a breath of wind, roll on Winter! Although there was little, or nothing seen during the first hour around sunrise 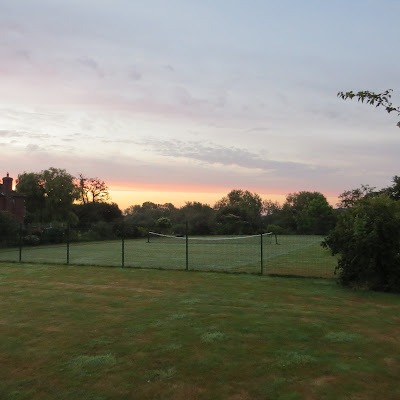 the loom of light 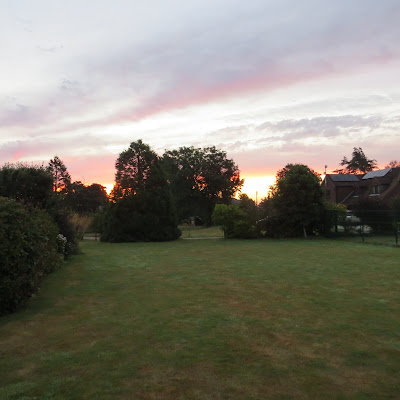 was attractive enough as it peaked through the trees on the 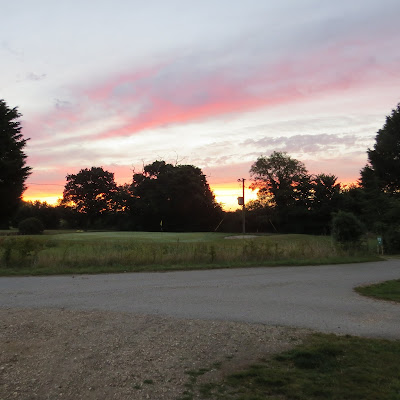 Golf Course.
and while in that area it was decided to take a longer look than usual at 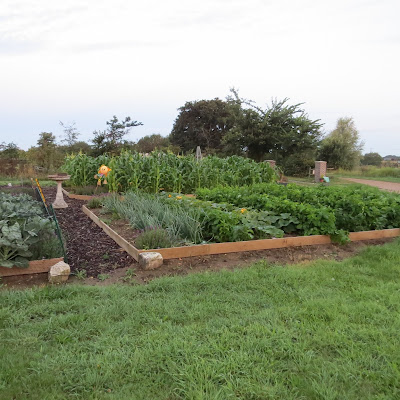 Hugh's New Vegetable Patch
which is looking most healthy in all respects.
GARDEN

My garden is all overgrown and the weeds are creeping up on my home,
Grass has grown over two foot high and the trees are blocking out the sky.
French windows won't open any more from the moss that's grown outside the door,
Hundred birds are nesting in the trees, looks like a wild-life sanctuary.
Good job we decided to linger as fate played a beauty sending a 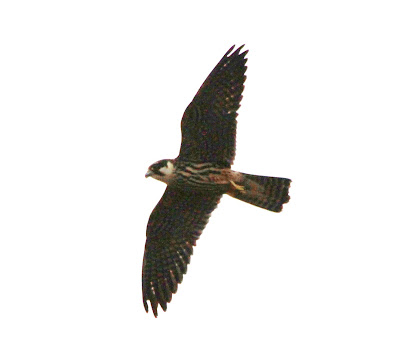 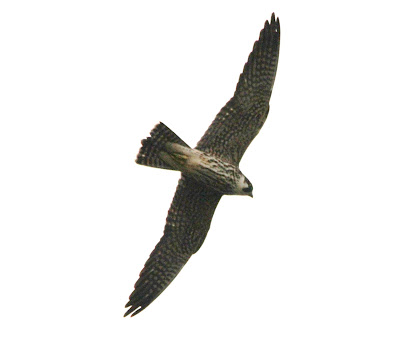 directly overhead which is the first we have ever recorded in August.
The Irrigation Pond held little save 'bad news' that the 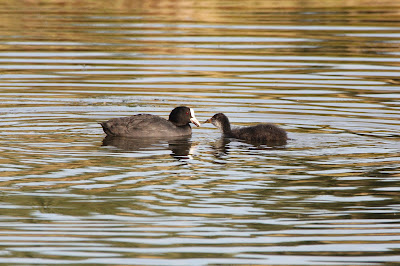 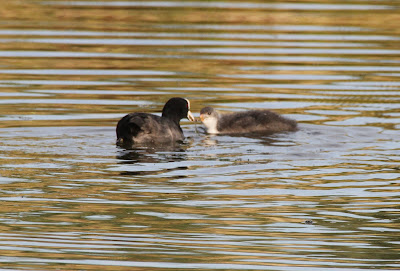 has been reduced from the original c4 chicks to just a single.
Moving on to the Gravel Pit, there was a shortage of Birds but this pristine SMALL TORTOISESHELL BUTTERFLY
certainly made up for that,
along with a small 'charm' of feeding
GOLDFINCH
It only needs the Current Bun to come out and there are the
Butterflies to go with it, first at Merritown Heath being 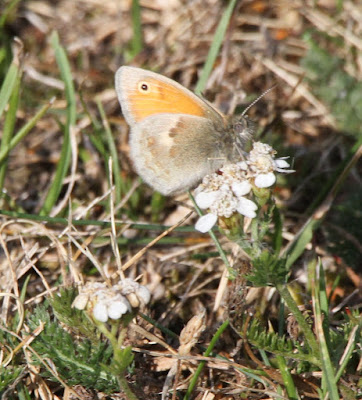 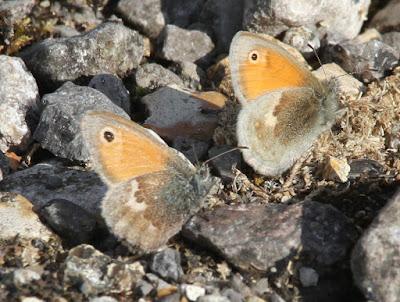 strangely in tandem and markings suggest a male and female? 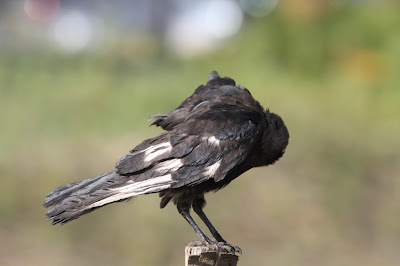 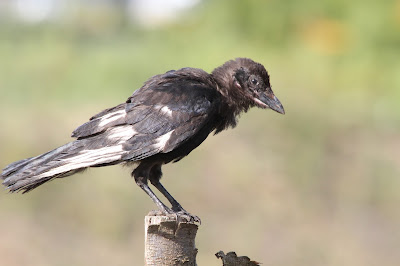 CARRION CROW
has been knocking about for a few days now, but never reaching the lens. 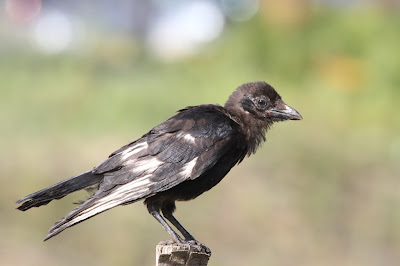 Today, in direct sunlight it was thought worth a try to walk past it
even at a range of just 10 feet, it worked so Click, Click, Click!
Pushing my luck even further walking back to Strange for the
small camera and then returning
we also managed this short video clip.
That's when a couple of 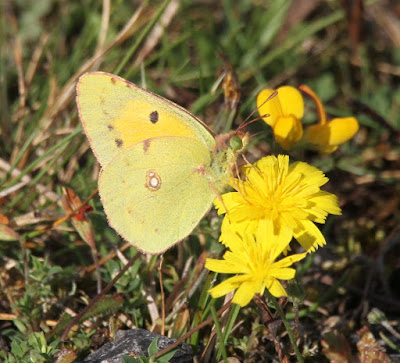 CLOUDED YELLOW BUTTERFLIES
turned up adding to the day total. 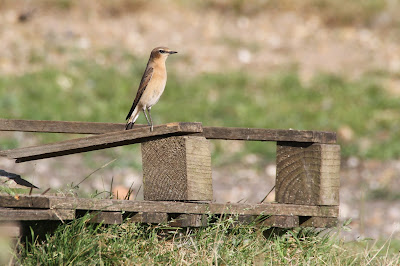 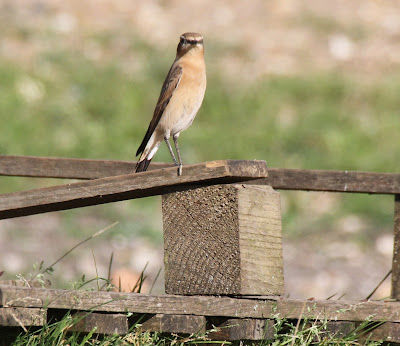 has also never been recorded here during any August, but the most 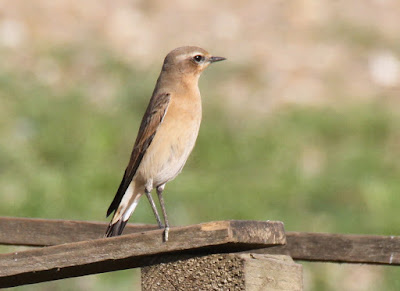 obvious spot for them, the large Solar Panel Compound, has been visited
daily over the past week in the hope of securing such a record.
We found a minimum of c5 there along with this 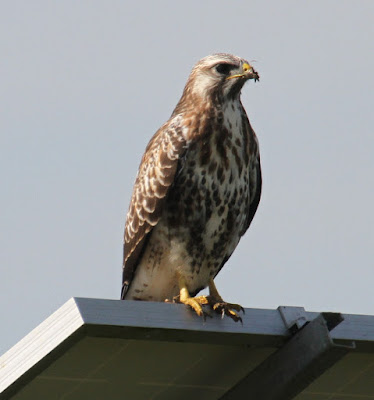 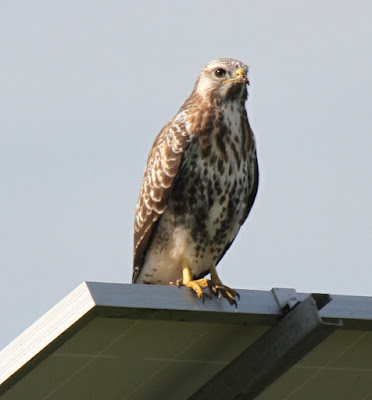 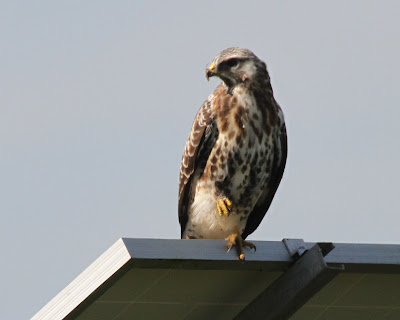 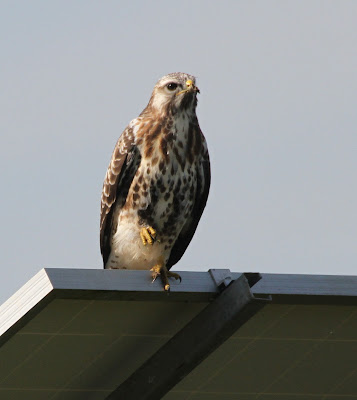 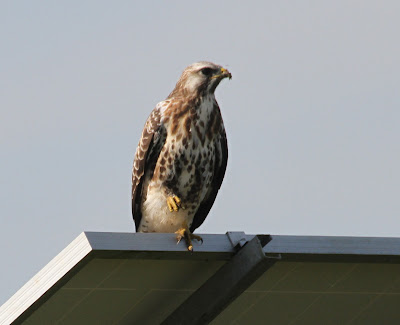 so just continued snapping away.
But I'm not going to cut a single blade of grass, my garden will look just like the distant past,
Before the days of agricultural land, before the time when pebbles turned to sand.
When I leave this house I'm going to stay, I'm forsaking my comforts to live another way,
Get my clothes from heaps, my food from bins,
my water from ponds and have tramps for my friends. 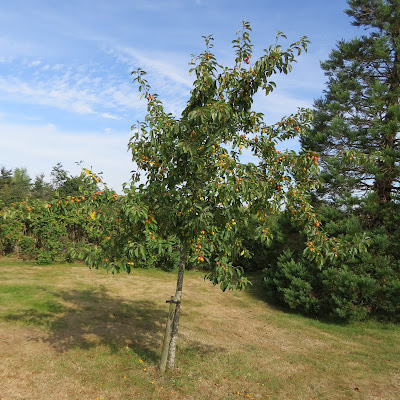 Last thing, we took a look at the
CRAB APPLE TREES 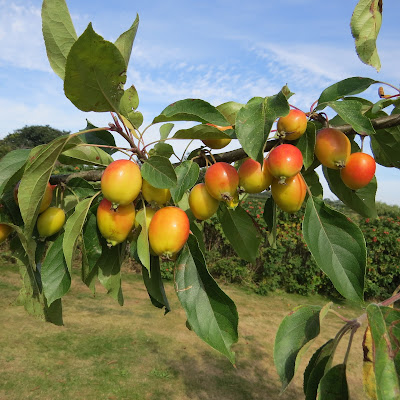 which are also full of ripening fruit.
Entry