Continuing the introduction to our Recording Area which embraces both Parley Court Farm and Merritown Heath, today we reach the Gravel Pit where it is considered a 'dull day' if there is nothing to record. As ever we started at the Moth Traps but despite 322 specimens of Macro Moth to 68 species none were new for the year, with best on show being 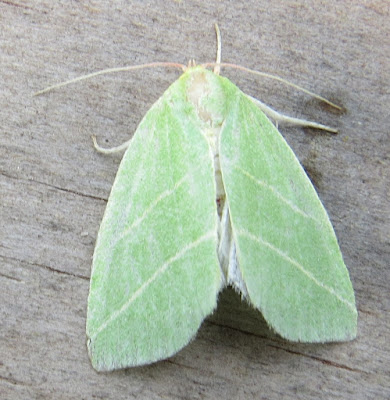 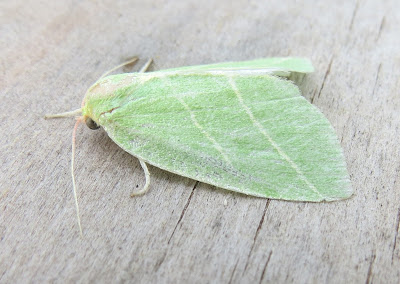 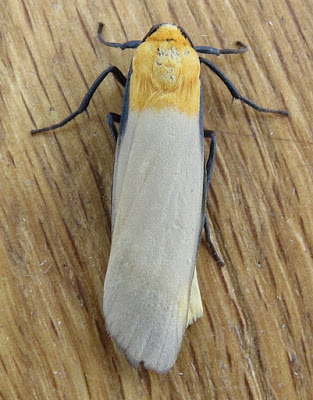 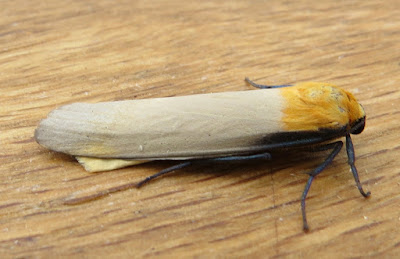 FOUR-SPOTTED FOOTMAN
With the terrain hereabout 'flatter' than East Anglia we have no
problems with Hill Walking, so that is why the blimp in the middle
of the Pit is referred to a 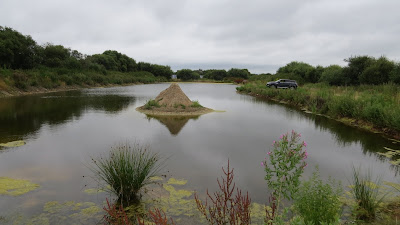 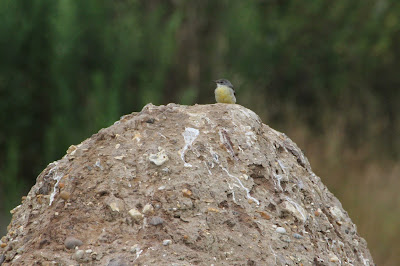 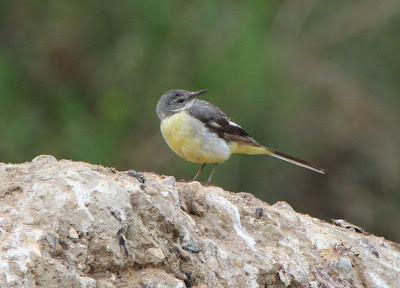 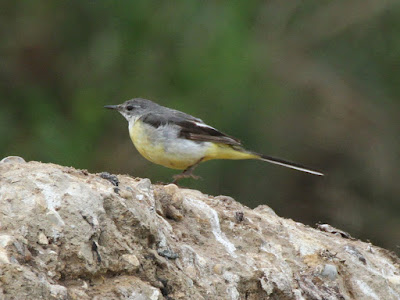 GREY WAGTAIL
which presented a bit of difficulty focusing on at first
but not for long.
By sharp contrast yesterday's 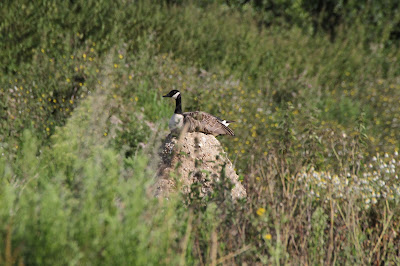 King of the Mountain
was one of the resident 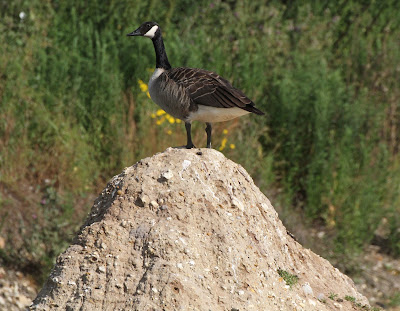 CANADA GEESE
but has also fluctuated across Cormorant, Egyptian Goose, Grey Heron
plus a selection of Gulls to name but a few. 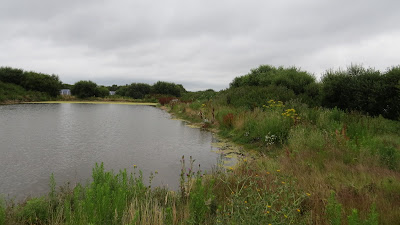 The banks on 3 sides are fairly steep, but do attract a small variety of
Wading Birds 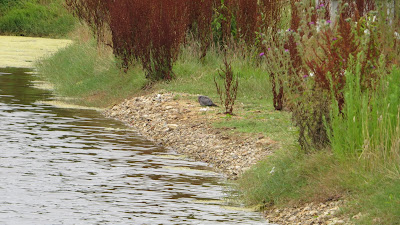 while the eastern edge is partly 'scraped' but overgrown.
A tentative plan, hopefully in the very near future, is to clear
out the vegetation, dig out a gently slopping bank and top-dress with gravel.
(that's a Stock Dove on the shingle)
There have also been a pair of
LITTLE GREBE
here in recent days
carrying out some strange 'weed-shifting' rituals which
was hoped to be a sign of breeding, but nothing has happened yet?
This is maybe a good time to introduce you to the 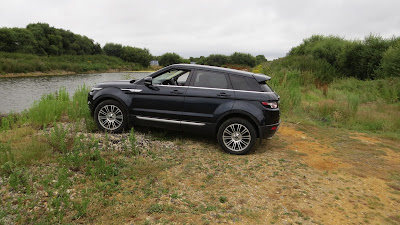 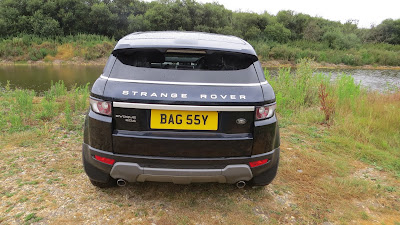 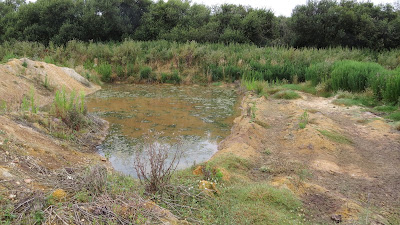 At the south end there are also a number of far smaller pools, 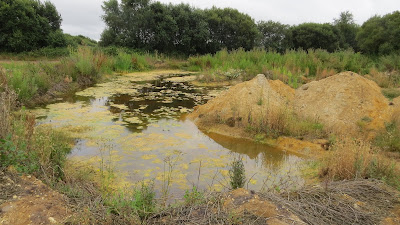 associated with but not connected to, the main body of water
which attract their fair share of Wildlife.
On our gentle approach yesterday not unusually this 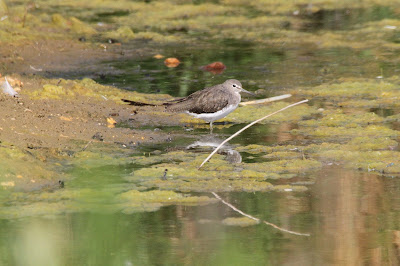 GREEN SANDPIPER
seemed to be just waiting for our arrival 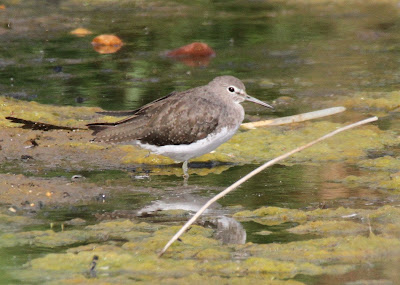 but while we have enough images of this particular species to
re-decorate the deck-head of the Sistine Chapel,
it was there, it was posing so it was snapped!
Last year we were blessed with a male 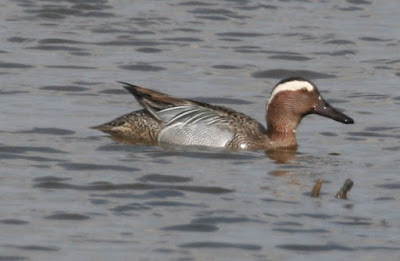 GARGANEY
first found here before getting the wander lust and visiting both the
Gravel Pit and Irrigation Pond.
Finally, what we consider another fantastic visitor to the
Trail Cameras 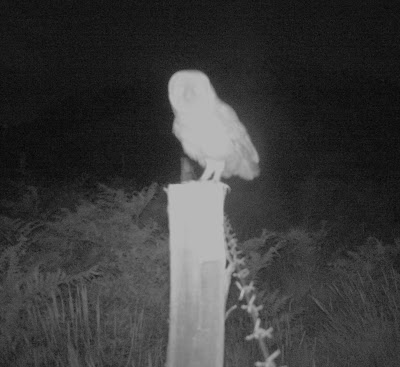