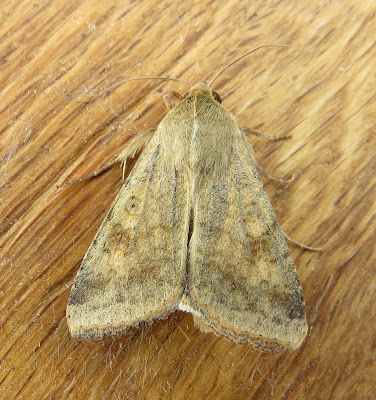 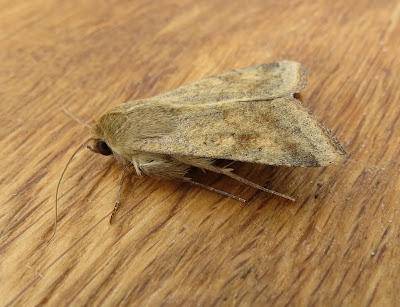 and and seen here preparing for take-off.
SCARCE BORDERED STRAW 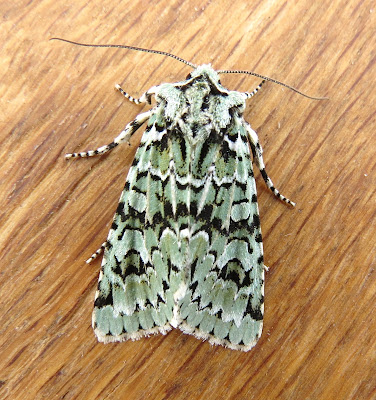 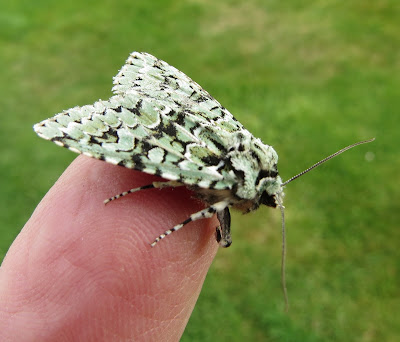 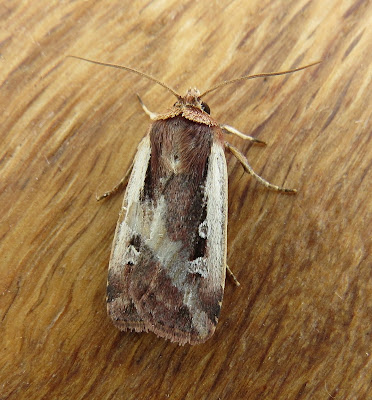 if this were pulled from a trap at this time of year?
In this instance we only caught a tardy 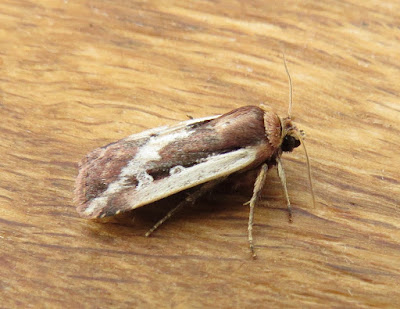 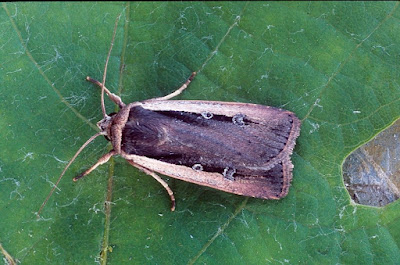 RADFORD'S FLAME SHOULDER
(© Paul Harris)
but even though you will agree what we mean, it simply was not to be.
and while still in the 'disappointment department' 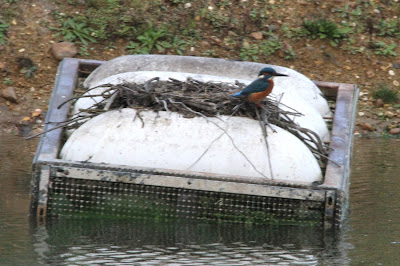 we failed to take full advantage of this posing
KINGFISHER
at the Irrigation Pond. 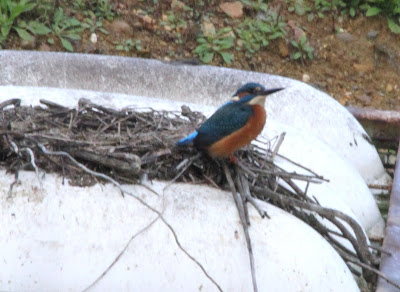 We have certainly waited long enough, but why so often do these opportunities
arise with the subject about 10° further round to starboard than we would like them?


All else at that pond were the small gathering of what have now become
daily Wildfowl such as this preening male
TEAL
With nothing to report from the Gravel Pit we continued north and
to where the day started to get very interesting. 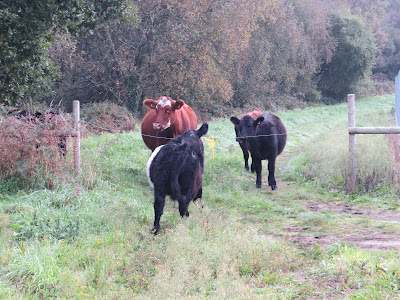 There, at the entrance to the path which runs down the eastern outside edge of the largest Solar Panel Compound, we discovered Strangers in the Camp! In this image can be seen the single strand of wire which is there for no other reason than to discourage trespassers who, should custom and practise prevail may lead to it becoming a Public Right of Way! Initially misidentified as the Belted Galloway calf from the Heath, this little critter had already breached this and was rapidly heading for the Bridleway and possibly the main road. 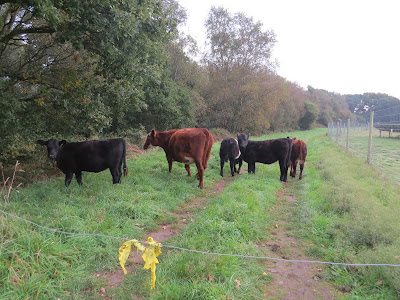 My attempts to flush it back beyond the barrier were successful 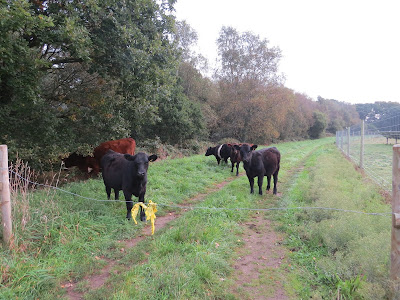 and Gary the Cowman was already on the mobile but, the
BIG BROWN BLIGHTER
was already formulating its own escape plan. This clip shows her
just seconds before bolting off into the wood, followed by the others.

When they all finally reached the main path, despite my efforts to deter them, Brownie decided to head south while the others took off in the, more safe, opposite direction. This was now to become a 'round-up' and a job for my trusty steed the Strange Rover. With skill, dexterity and precision (you may not that those 3 adjectives are an anagram of Lucky Git) we took the spur path and soon had her hearing north. It was just a short 200 yards later that we realised all of this may have been down to Flock Instinct as the others had already joined up with the rest of the Herd now totalling a dozen. With 3 tracks now an option for the cattle, 2 of them leading to the open road, it was hoped they would go right and towards the now redundant horse paddock, but that led to another snag the gate would need to be opened before they could get in. Looking ahead through the binoculars it could be seen that the gate had been left open, for the fist time ever to my knowledge, with my charges simply wandering in to
GRAZE  (Link)
would also have made for the Ideal Headline as well,
then we could have included that sensational piece from the album
Secret Samadhi
by Philadelphia band
LIVE
Oh, we already did!
Garry and his assistant Alison were on site in super quick time and
just as quickly took over lasso and bolas leaving me to get on my way.
Ever a believer that GOOD begets GOOD, wandering back to Strange a 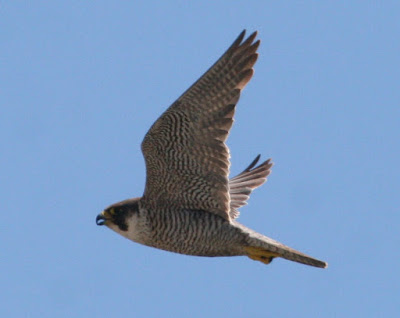 PEREGRINE
flew overhead which is something of a scarcity here. 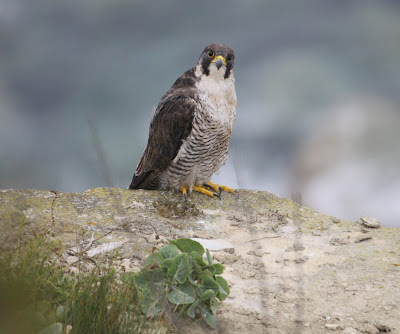 Not only was this a first October Record for our area but also the
first sighting since February.
You simply cannot go to bed without
EMERALD
This rendition underscoring Lizzy's natural talent for adopting the
finest of Axeman this featuring Brian Robertson alongside Gorham.