Not a bad weekend at all weatherwise which, in the first instance, allowed
us to get out and about in comfort and drew a couple of candidates towards the
Moth Traps. 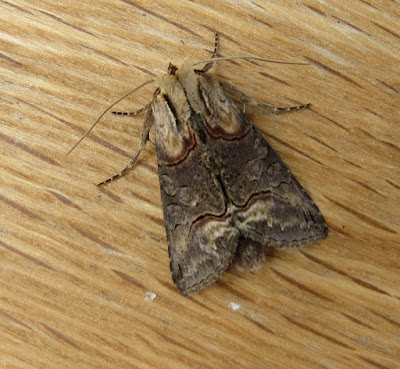 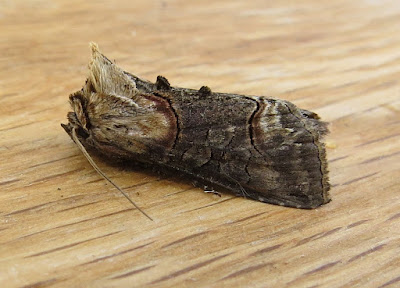 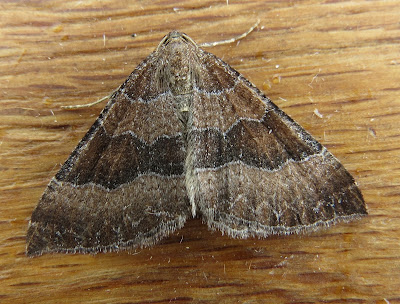 MALLOW
while yesterday morning had a chill start about it with 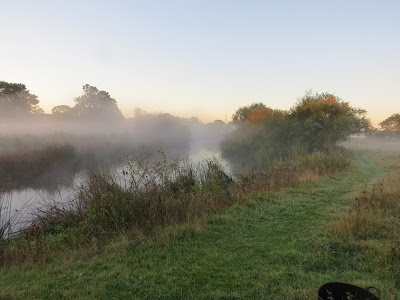 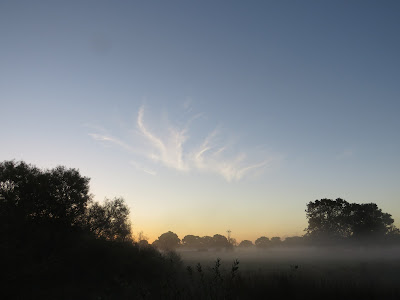 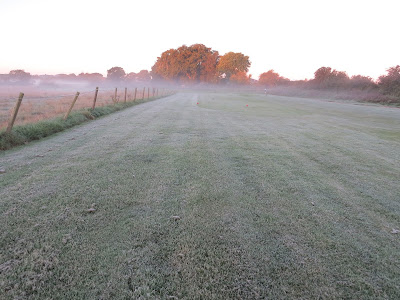 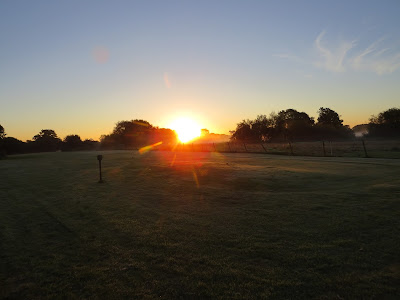 The Old Current Bun soon took care of that!
The trapping was briefly interupted by the appearance of a
GREAT SPOTTED WOODPECKER 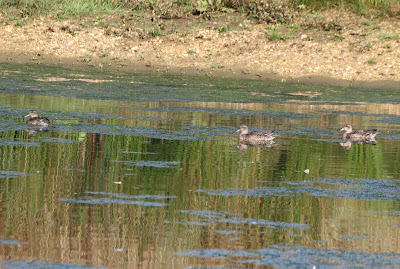 TEAL
numbers at the Irrigation Pond had risen to c3 overnight 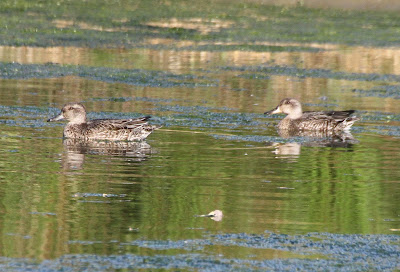 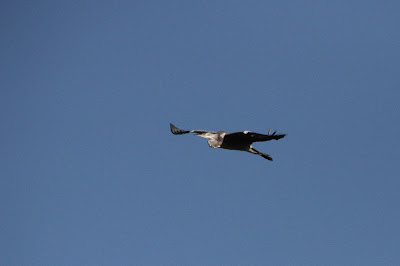 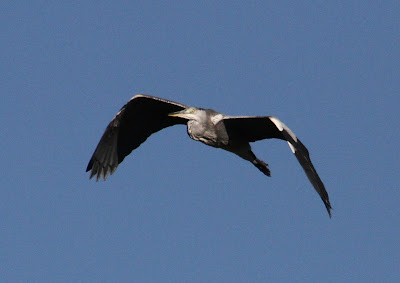 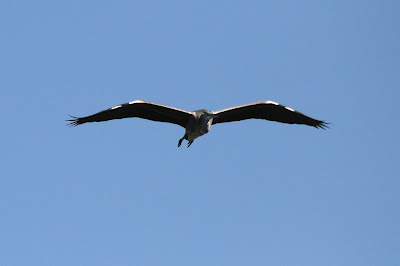 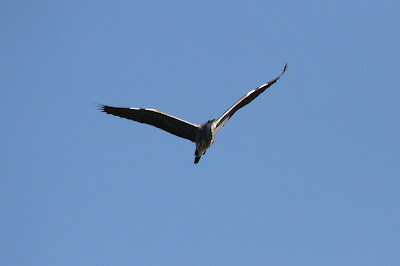 Each of these shots shows a different bird,

but they all look the same to me!
Also remaining on the Pond the 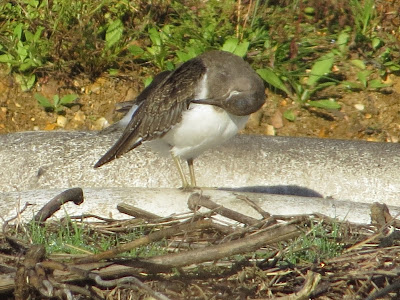 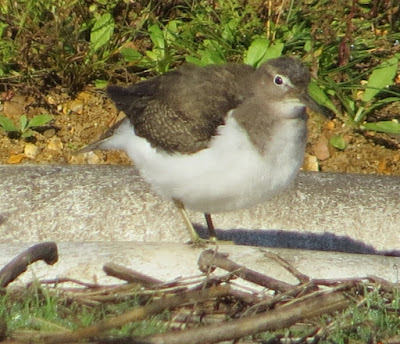 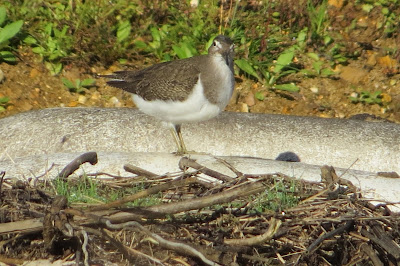 as a preening perch.
Got a feeling this may be the last we see of this small Wader for a while. 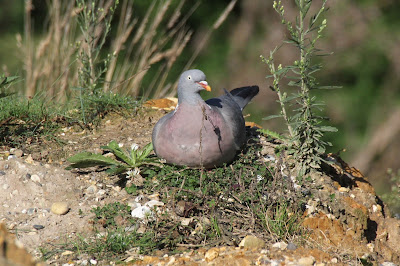 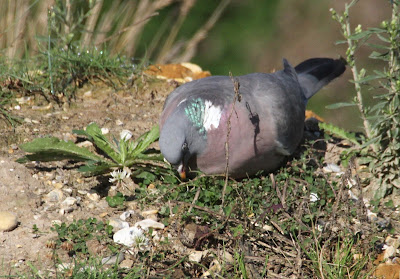 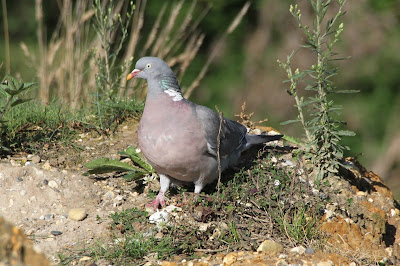 was also thought worthy of a shot or two, before heading for the
Sewerage Works Hedge in search of Firecrest, Yellow-browed Warbler et al. 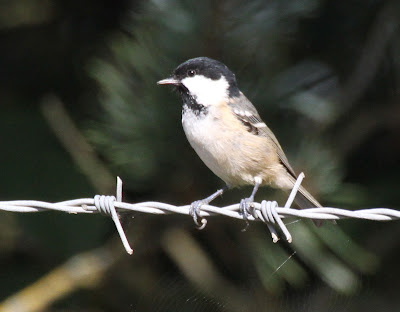 Unfortunately, no such luck 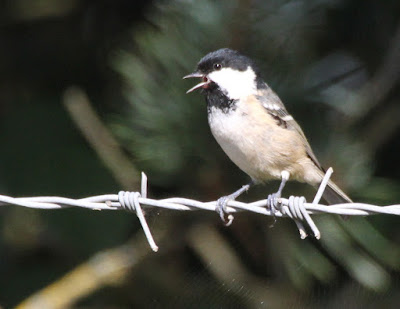 but by way of compensation, 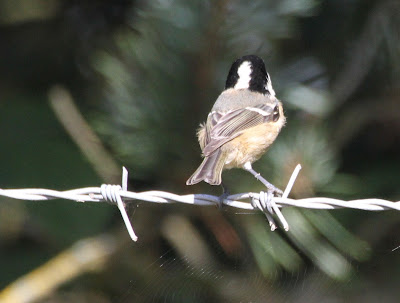 among a group of at least 'double figures' a most confiding 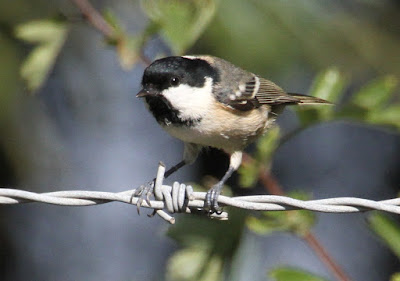 RABBIT
which at first glance was thought to be dead save fo the proud ears.
Closing to just a few feet it was seen to be well alive but swelling around
the eye-lids indicated it may be suffering from Myxomatosis.
However, on realising our prescence it bolted off like a Long Dog.
Driving back from the Heath 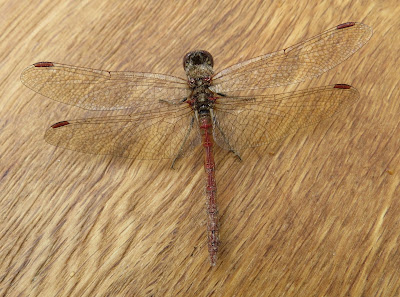 and not at all expected this 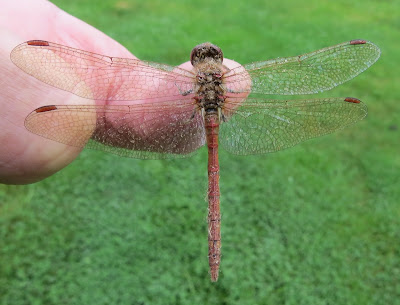 COMMON DARTER
flew into the Starnge Rover, via the driver side window
which is a 'first' for us from this particular source.
Late afternoon and as ever there was a single
GREEN WOODPECKER
feeding on the Tennis Court, while all else from the
Gravel Pit Trail Camera were
CARRION CROW and MAGPIE
and
STOCK DOVE
Entry