As turmoil continues right across Laptop-ville, it is becoming increasingly difficult to keep up with things leading us to fall further behind by the day. These images and others that follow on subsequent days are not necessarily those of yesterday, or the day before, in fact we have lost touch with dates altogether and have no ambition to go searching the 'properties' of each image. Suffice to say that all will be of recent history and exact date of little importance to our Readership, save in the event of something unusually out of season, when we will append the date. 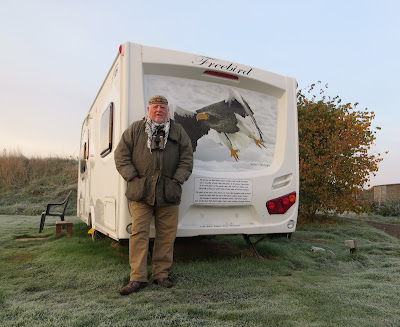 'keffiyeh' (Arab scarf) and the continuation of transforming into winter plumage,
check the facial fur! 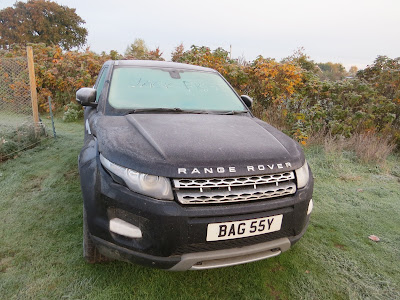 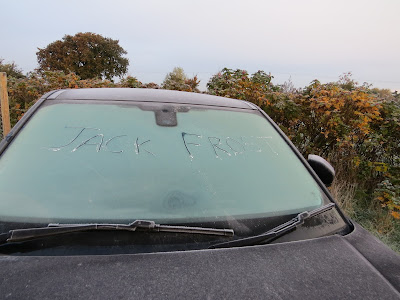 complete with embellishments while the 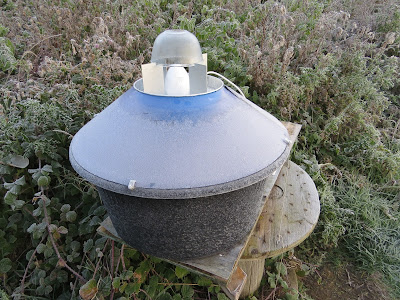 collars on all of the traps had a Vermeer of ice on them too, "no missus
not veneer as Johannes himself popped over and slapped on a coat"! 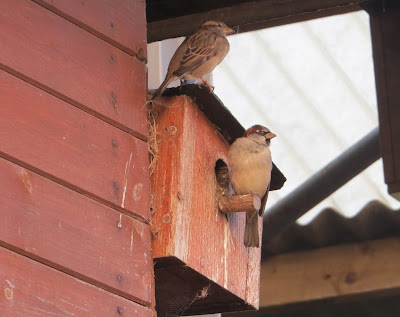 As the
HOUSE SPARROWS
looked down from above we plucked yet 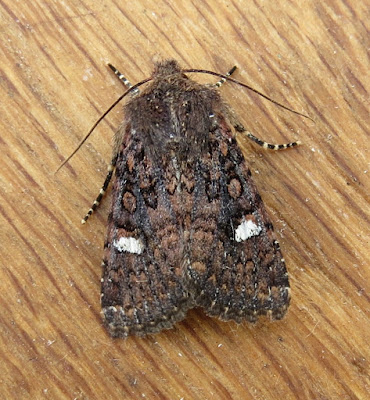 another good Moth from a trap which is also an addition to the Year List. 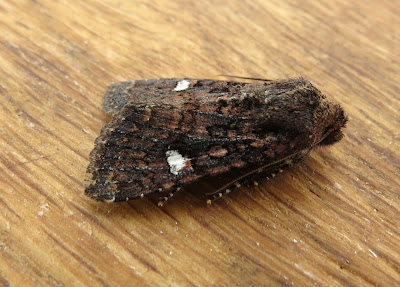 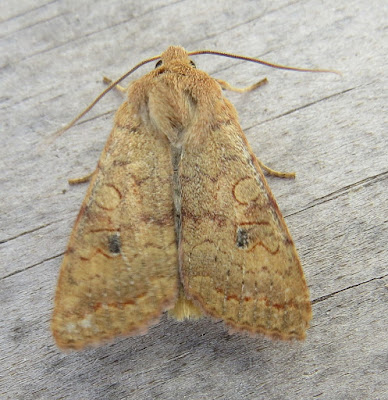 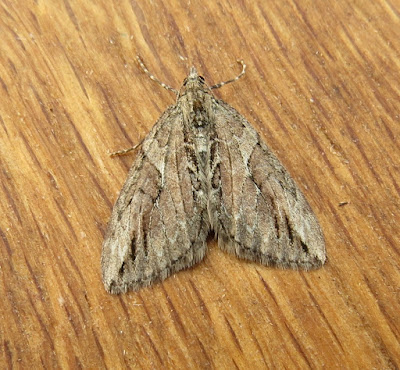 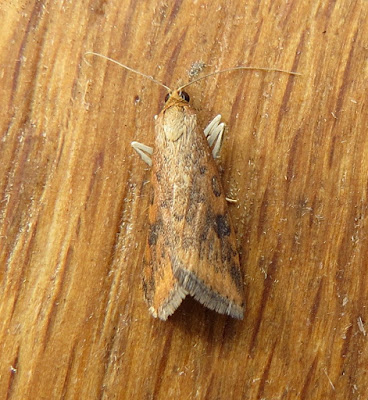 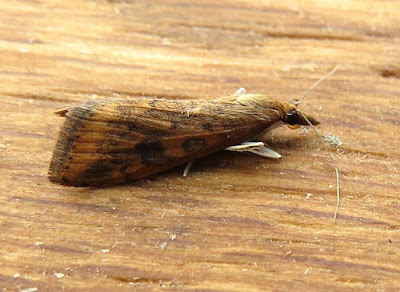 RUSTY-DOT PEARL
on the move, and just like the proverbial No56 bus
'once one arrives' 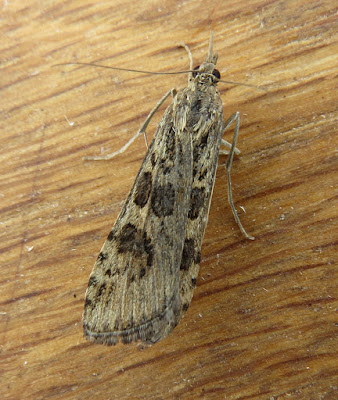 RUSH VENEER
none of which are unusual for the time of year. 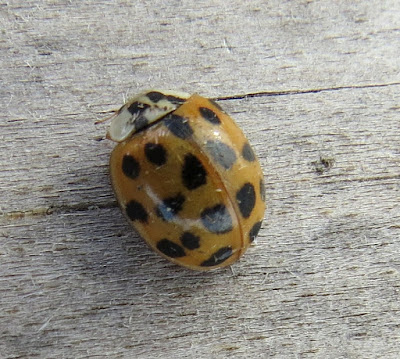 Another example of the very varied 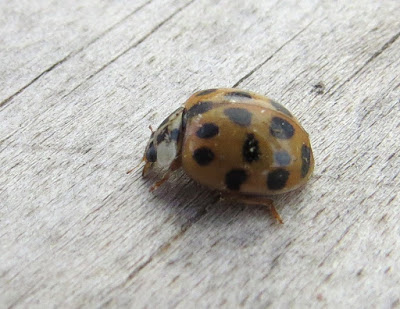 HARLEQUIN LADYBIRD,
there is a small plague of them here across Dorset at the moment, 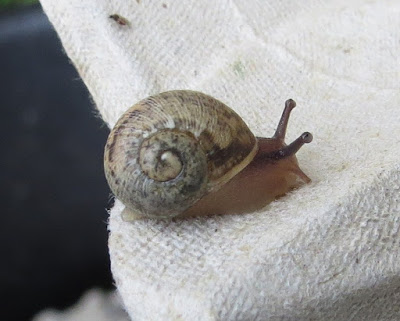 and only slightly larger than the above a tiny
GARDEN SNAIL 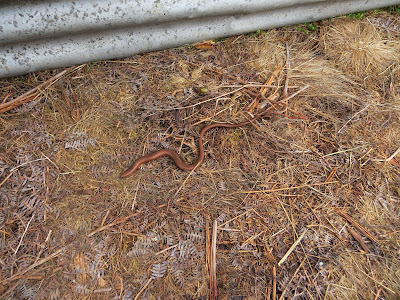 On the Heath still at least one 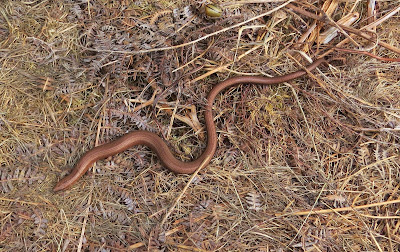 SLOW WORM
not gone into hibernation.
Those of you of a more squeamish nature might like to look away now
as we show just a few of the results from the Trail Cameras. 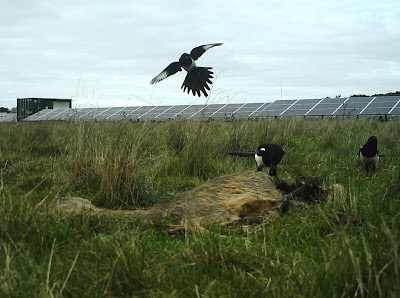 It was thought a waste just to leave the
ROE DEER
carcass to rot when it can produce sustenance for Birds, 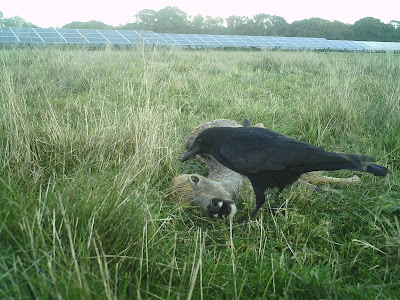 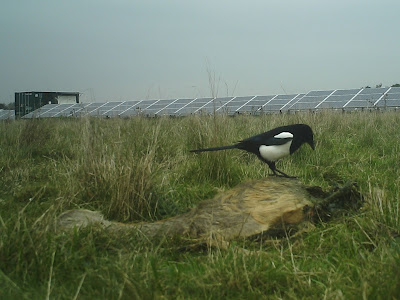 but we've all got to live 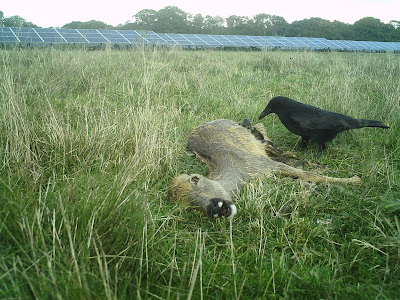 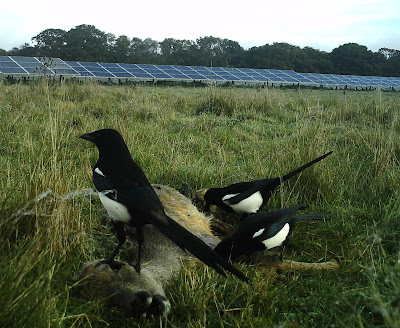 MAGPIES
and we do rather like to show nature in the raw. 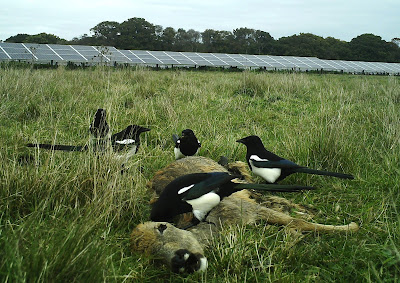 and with a similar end to our last post
this time it's a clip of c3 together
GREEN WOODPECKER
feeding just outside of
Slight Return II.
Posted by Bagsy at 06:15