To continue and finalise the 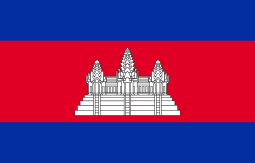 Phnom Penn
and according to taste the best country Flag in the World.
Only time for one full day in the city it was then another distant Long-Fin Boat ride, via 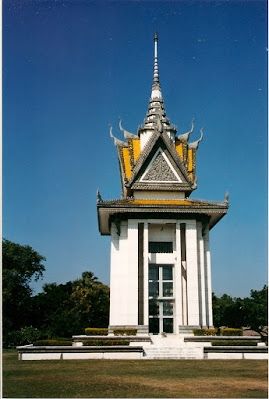 to pay our  respects at the monument that is full of human skulls of those who dared to carry a Biro for instance, during the Pol Pot regime 1975 to 1979 - "When will we ever Learn"?

Then onward to the huge lake, that is the 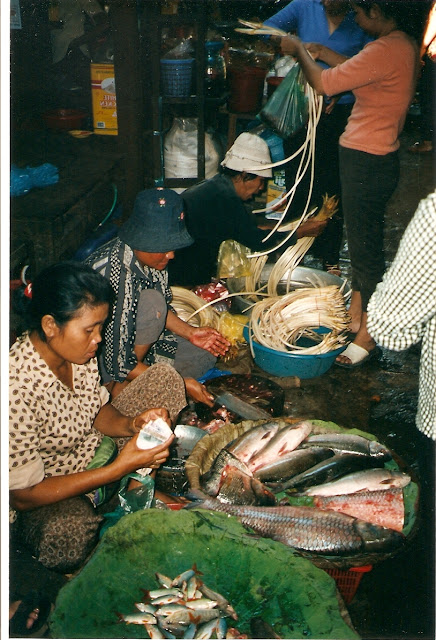 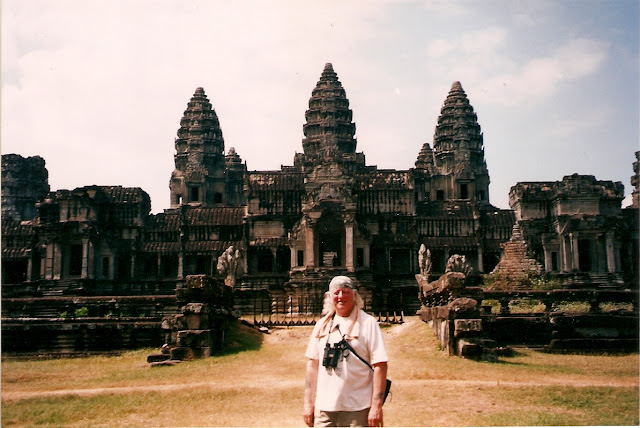 ANGKOR WAT
1000 building across 400 acres which is only the 'tip of an Iceburg' yet to be discovered. 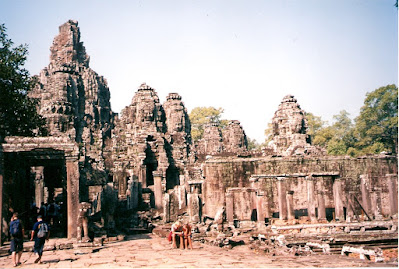 We had, neither of us, ever seen such magnificence 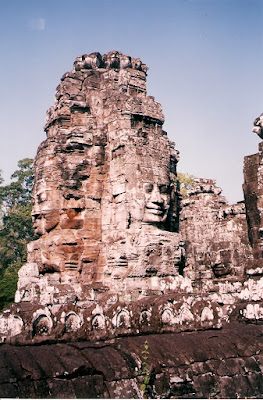 as every single rock and stone 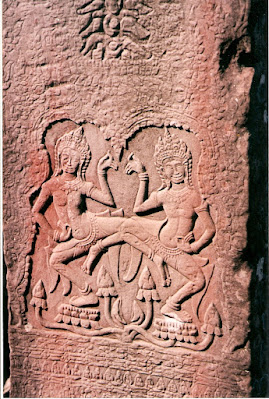 is adorned by the Mason's / Carver's skills, 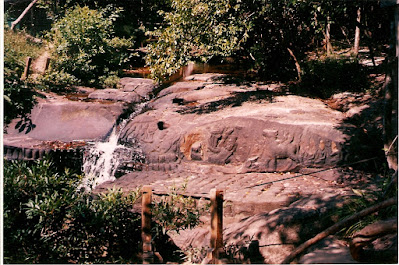 not even the riverbeds 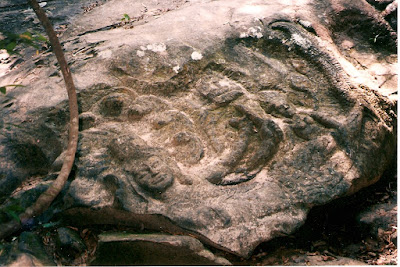 which were dry at the time of our visit. 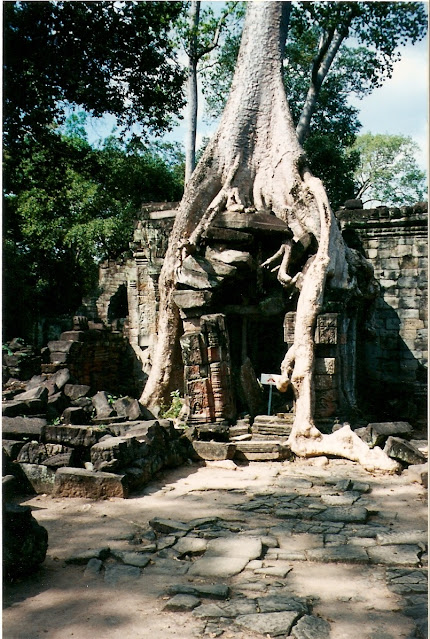 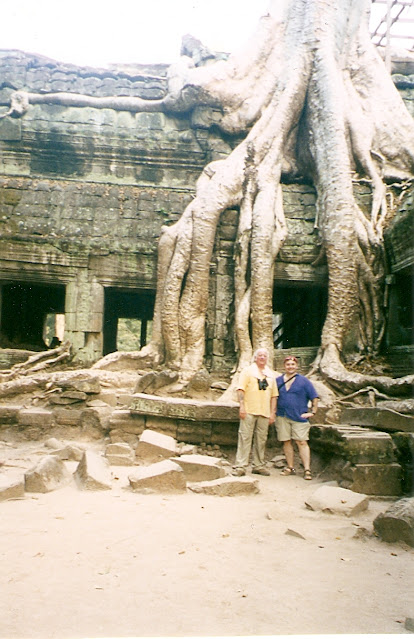 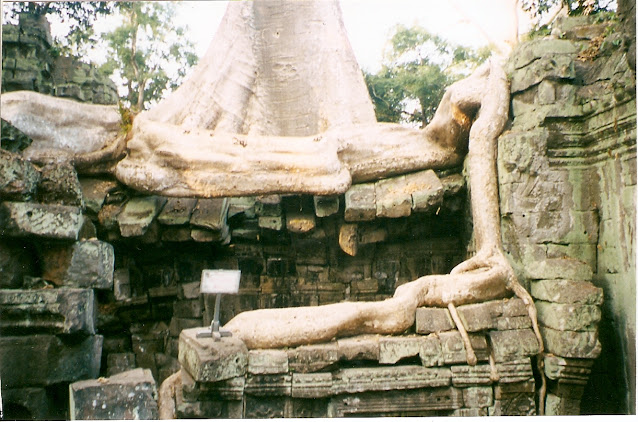 spread their gigantic roots over stones, probing walls and terraces apart, as their branches and leaves intertwine to form a roof over the structures. 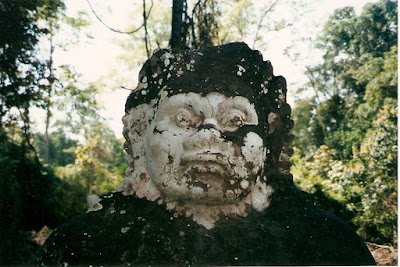 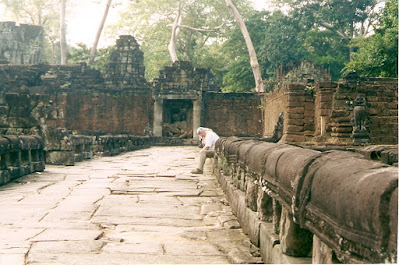 puffed out under the relentless Sun so maybe time for 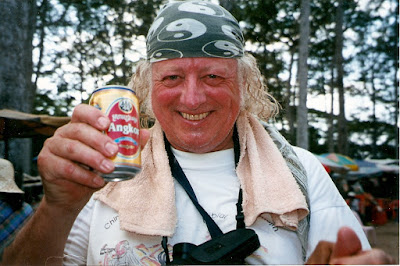 a 'couple' of these? 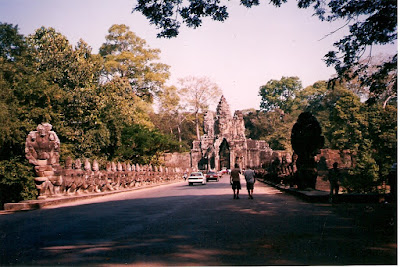 We also made time to savour 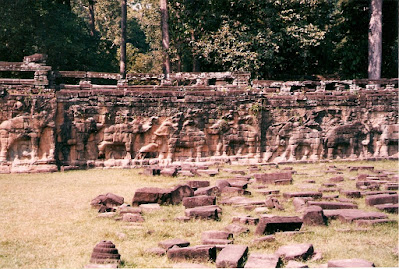 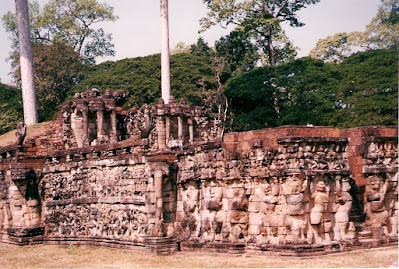 while admiring the
ELEPHANT TERRACE
never go home saying to yourself, "I wish I had"! 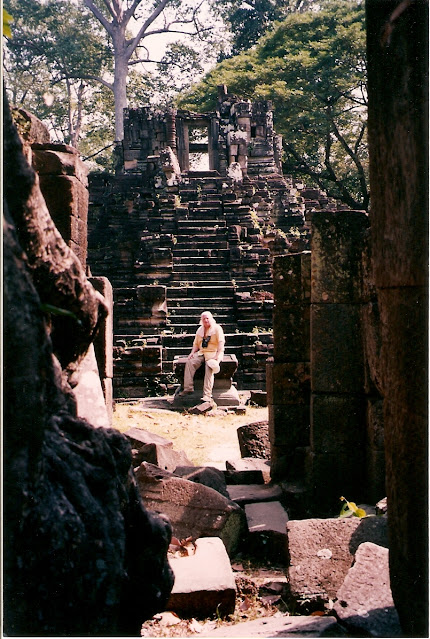 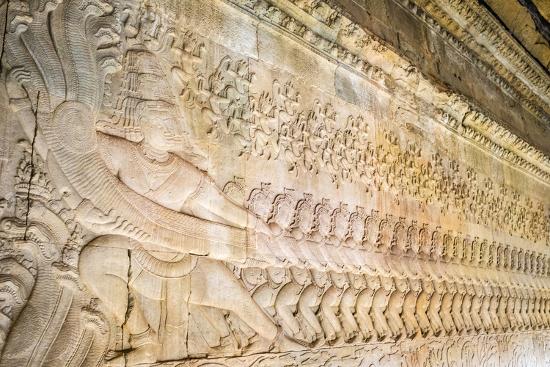 that is
The Churning of the Ocean of Milk

Mount Mandarachala was used as the churning rod and Vasuki (King of the Serpents) became the churning rope. The asuras demanded to hold the head of the snake, while the devas, taking advice from Vishnu, agreed to hold its tail. 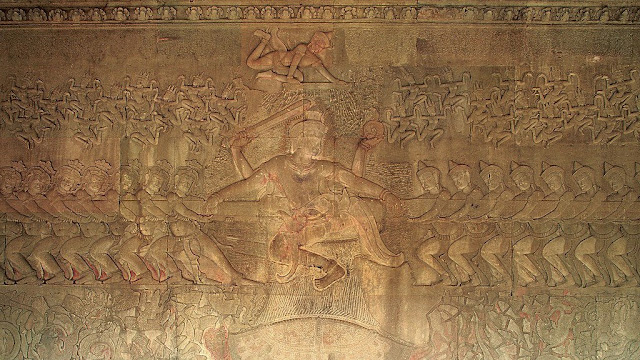 As a result the demons were poisoned by fumes emitted by the mouth of Vasuki while they churned his body. Despite this, the demigods and demons pulled back and forth on the snake’s body alternately, causing the mountain to rotate, which in turn would churn the ocean. 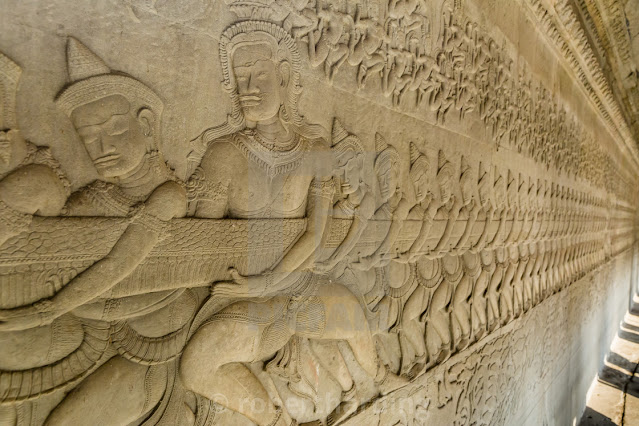 However, once the asuras carried the mountain and placed it in the ocean, it began to sink. Vishnu in his second incarnation, in the form of a turtle Kurma, came to their rescue and supported the mountain on his back. We had never before, or since, witnessed anything quite like this!!