While the forecast overnight temperature of +7°C manifested itself as a +9°C there were not a lot of Moths to be found across all 5 traps. However, we were not about to turn our nose up at the only ‘first for year’ 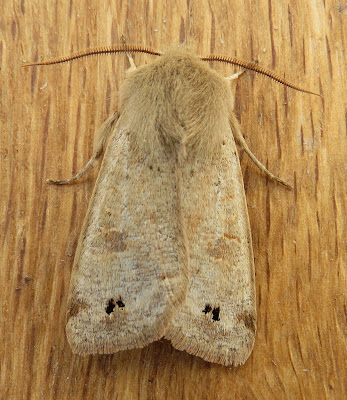 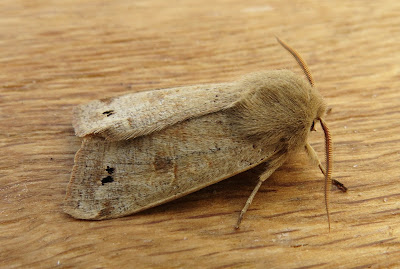 or for that matter an additional bunch of odds and ends. 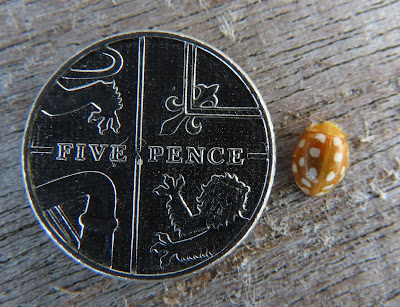 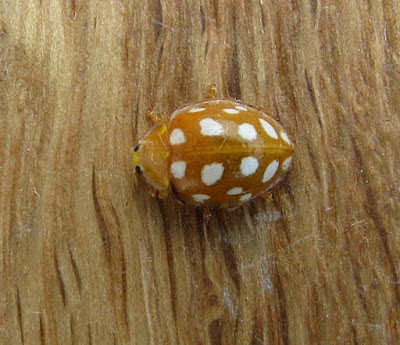 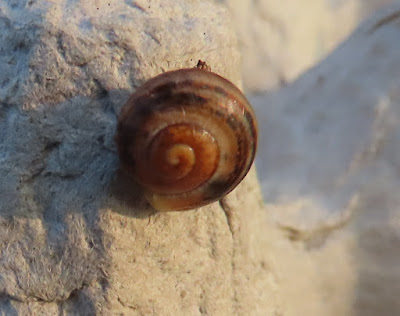 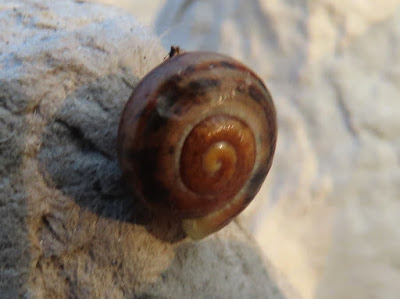 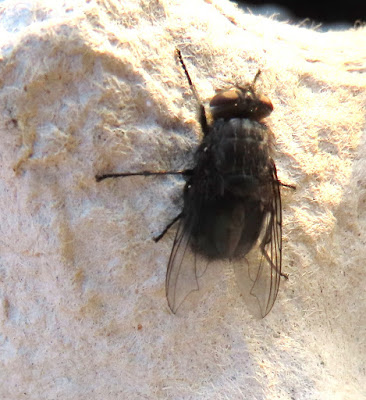 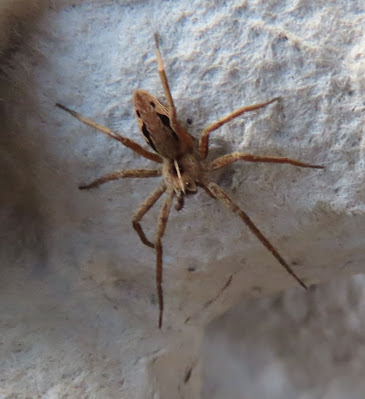 PISAURA SPIDER
of sorts.
(we thank John for his assistance with some of the ID's)
A spider wanders aimlessly within the warmth of a shadow
not the regal creature of border caves
But the poor, misguided, directionless familiar
of some obscure Scottish poet.    (Bitter Suite) 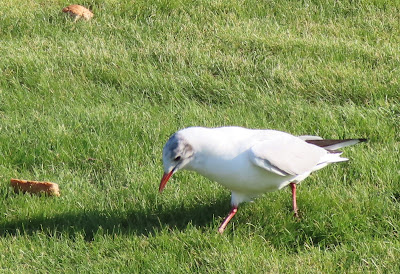 Foggy to say the least, but not enough to deter the birds from their 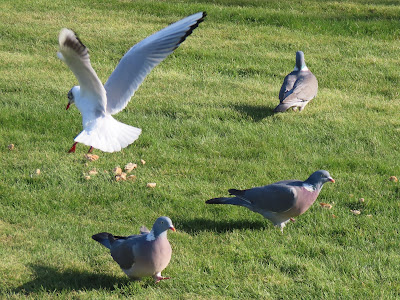 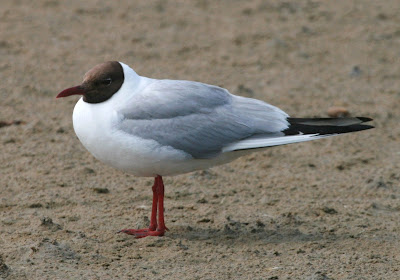 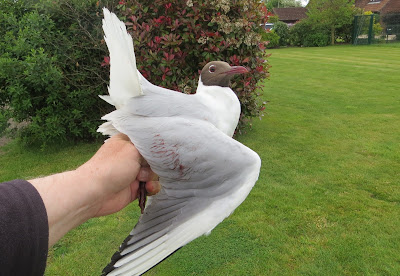 and here's one we caught earlies! 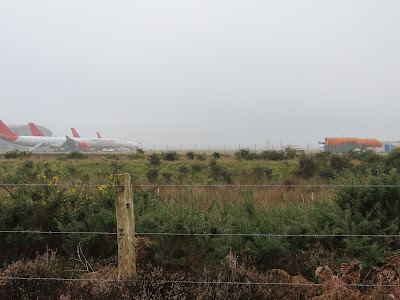 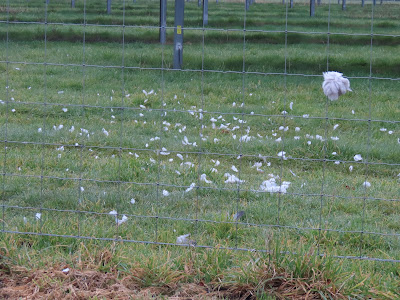 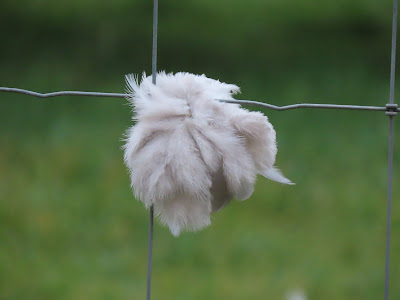 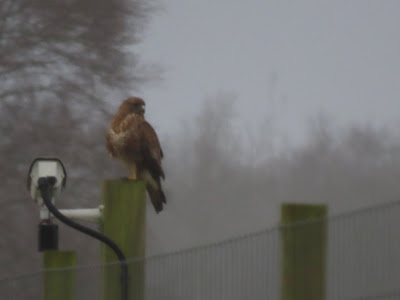 likely culprit
COMMON BUZZARD
still in attendance.
Across the Heath no Gorilla's in the Mist just 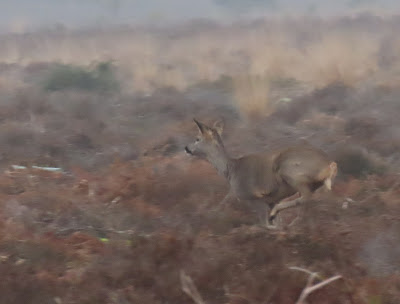 ROE DEER
the first vocal
Mistle Thrush with descant provided by 'drumming'
Great Spotted Woodpecker.
Not at all a familiar sight to see any bird on Dean's Ditch 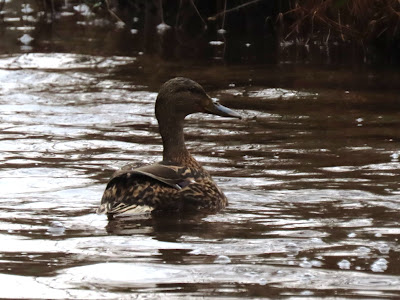 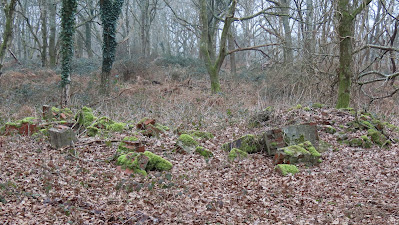 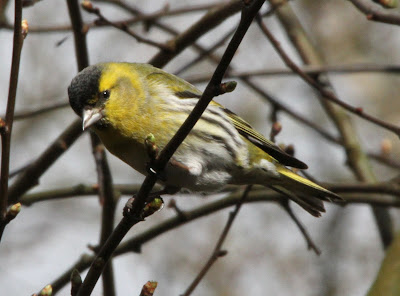 before a more than welcome, but all too brief encounter with a small flock of 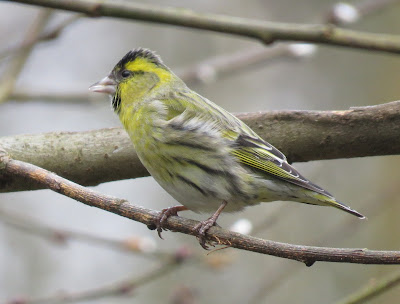 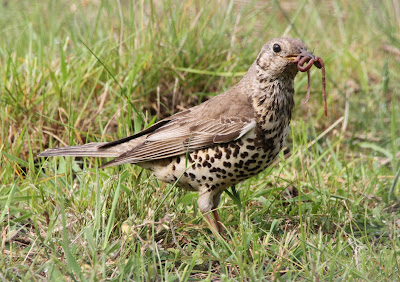 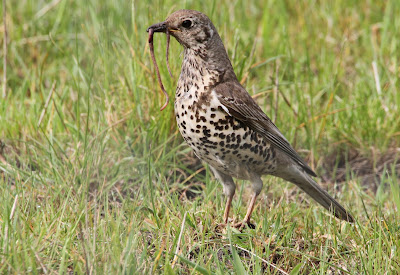 but even more quickly dismissed as the familiar croaking of 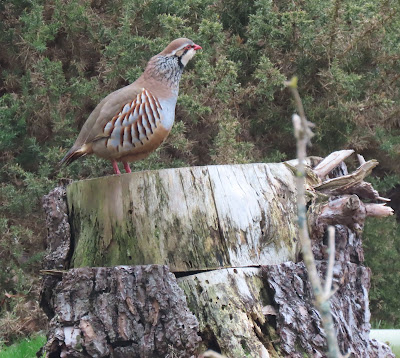 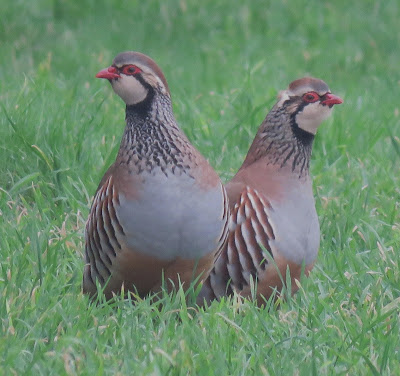 Over the past year there have been c3 on site but
only c2 found on the day making for another addition to the
Year List which ended the session with a most welcome Bang!
The mist crawls from the canal
like some primordial phantom of romance
to curl, under a cascade of neon pollen
While I sit tied to the phone like an expectant father

your carnation will rot in a vase.