Leavin on a Jet Plane - Peter, Paul and Mary

Having decided to leave the 'best until first', just to break with tradition, the Bird of the Day was undoubtably the scratching sounding 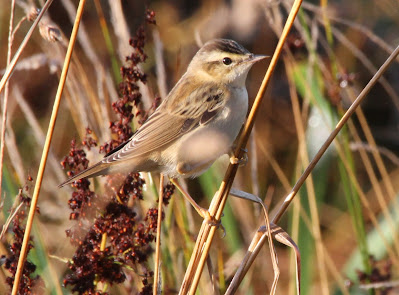 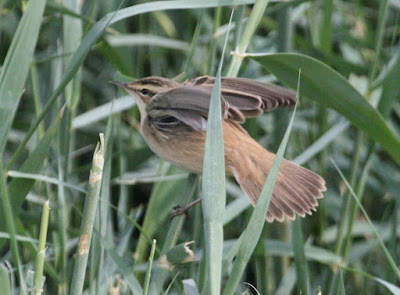 found along one of the drainage ditches around the field know as Mead
and bringing up our 94th species for the year across our patch.
The next shocker was found at the Main Pond where the presumed c2 'male' 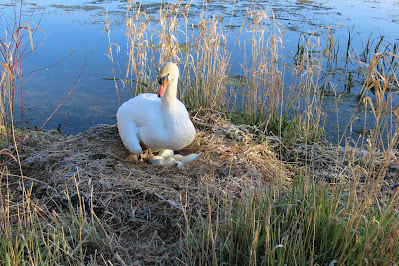 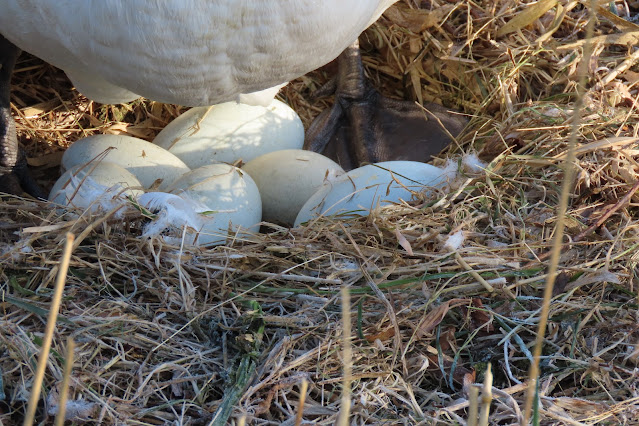 now have no fewer than 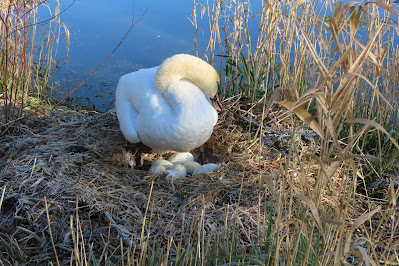 'six' eggs but have to admit we could only manage 3 in the early morning omelette anda strange sight to watch one of the local Wood Pigeons feasting on blossom?
An early morning encounter with a brace of 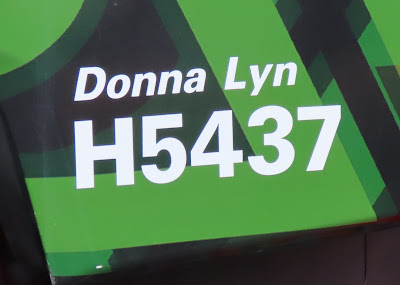 Eddie Stobart Ladies
this one not encountered before but 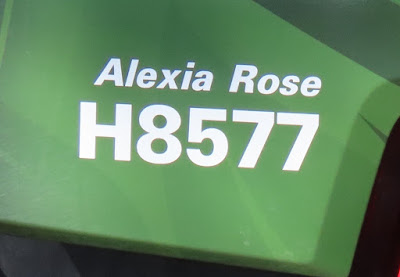 the other most familiar. We won't go into the Axl Rose (Guns N' Roses) anagram scenario again! 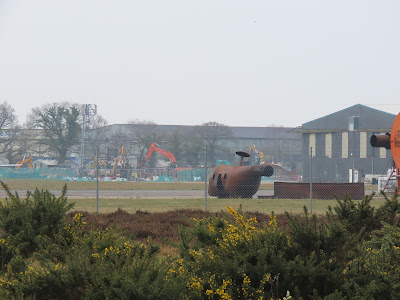 Much activity on the Airportdidn't seem to be 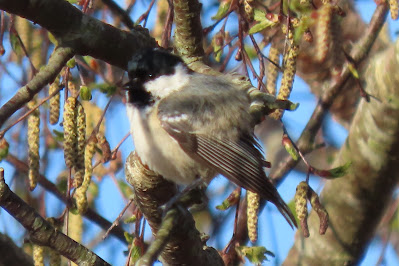 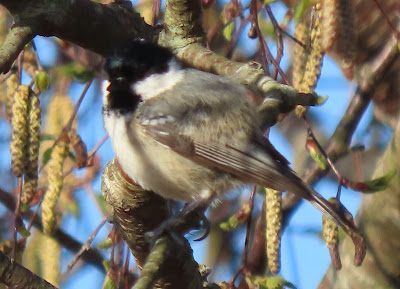 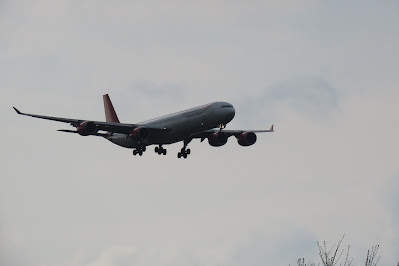 We are now reliably informed that this
AIRBUSis now plying the route between
Bournemouth and New York City
for reasons best known to themselves but we are keeping an ear cocked. 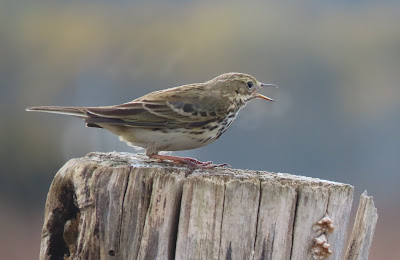 Additionally,between bouts of hunting in the Heather, some 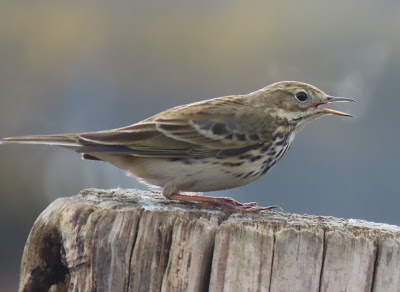 MEADOW PIPITs
continue to maintain these strange gaping postures while should there
be a reason for Moths to be on the wing, surely the 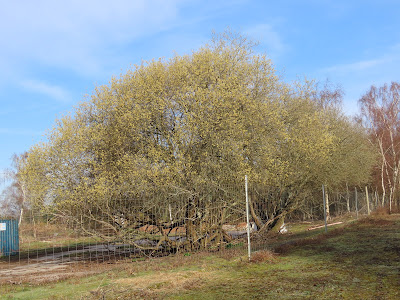 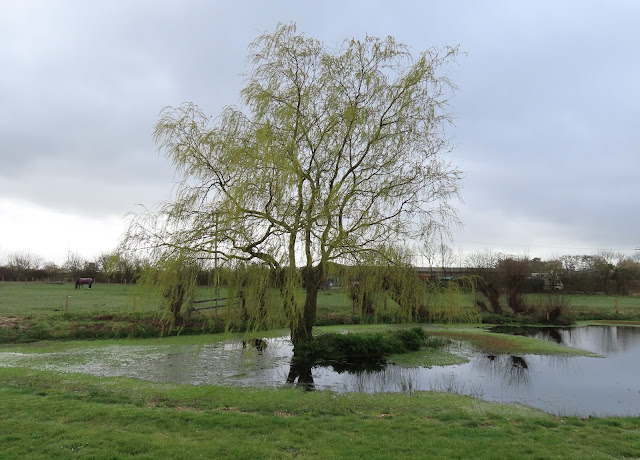 WEEPING WILLOWAll on the Irrigation Pond were these c2 male
TUFTED DUCKs
and a nosy Canada Goose with backing vocals provided by a still alone Little Grebe.
However, better than the misty 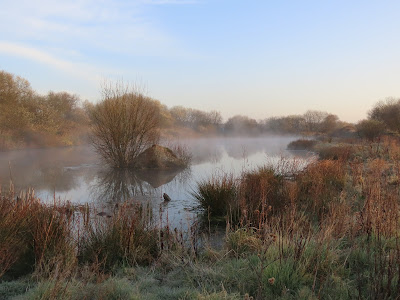 Inside, a long rose-water pool is shrouded by fine mist.
Stepping in the moist silence, with a warm breeze has gently kissed.

Thinking he is quite alone,
he enters the room, as if it were his own.
But ripples on the sweet pink water
reveal some company un-thought of.

Rael stands astonished doubting his sight,
struck by beauty, gripped in fright.
Three vermilion snakes of female face,
the smallest motion, filled with grace.
Muted melodies fill the echoing hall,
but there is no sign of warning in the sirens call:
Rael welcome, we are the Lamia of the pool.

We have been waiting for our waters to bring you cool!

From the album - The Lamb Lies Down on Broadway
Posted by Bagsy at 05:59