The Geese and the Ghost - Anthony Philips

We are on a 'Long Distance' Away-Day today hence the Early Post and with fingers tightly crossed, and without tempting providence, we hope to bring you something rather special in days to come!

the first New Arrivals of the Year 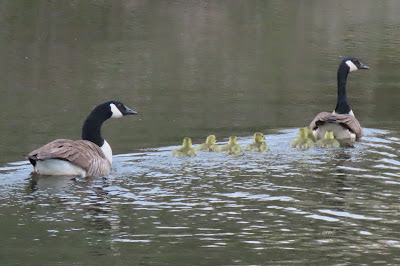 CANADA GEESE
on the Gravel Pit where the c7 Goslings are being watched over by c4 Adults.
Another early morning did not hold much promise for Insects which is how things panned out with 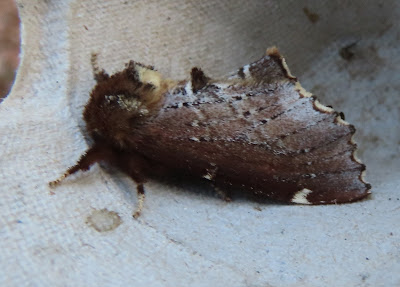 SCARCE PROMINENT
being the best of a Very Limited Bunch.
The 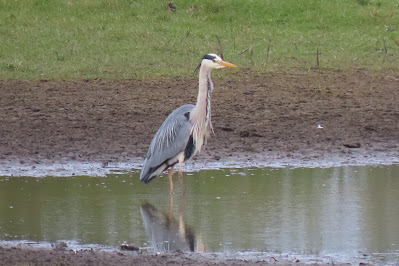 GREY HERON
on the Moors River was only the 4th of the year making it something of a Record Breaker in as much as the average per month has never before amounted to just a 'single'.
Ever onward to where this 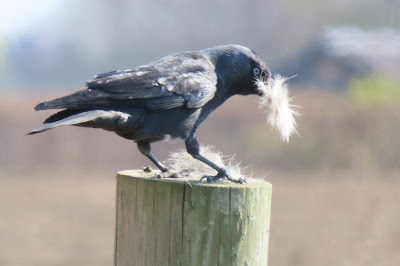 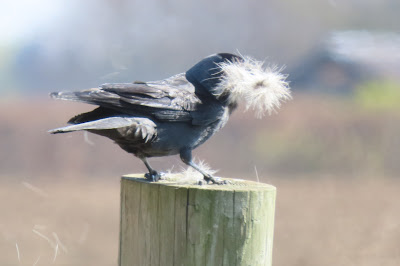 seemed to be making the most of it but, 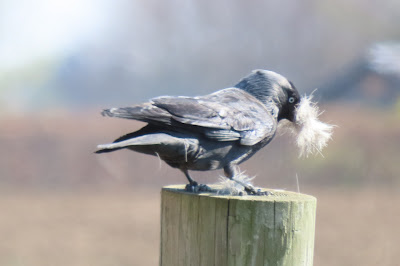 up and down from Post to Ground like the proverbial Fiddlers Elbow
there was never going to be chance of a worthy video clip! 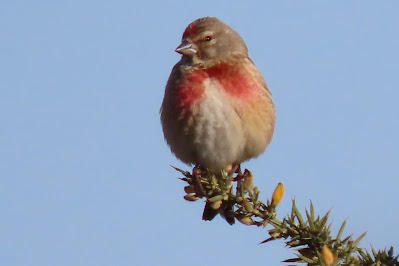 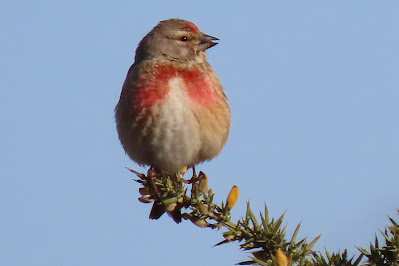 seen this year then came into view and, not surprisingly given the getup, 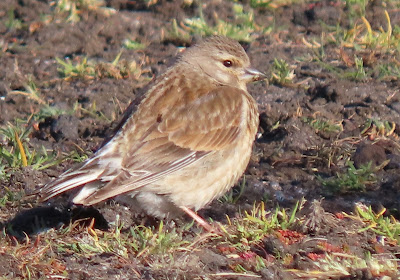 with his new Bride in company but seemingly doing
All the Work!
Now where have we heard that before?
Returning for a moment to the 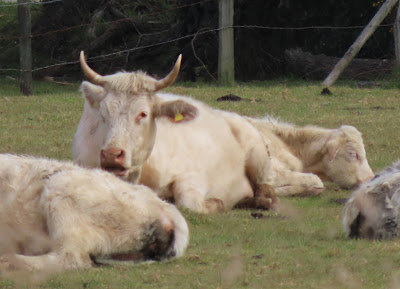 CHAROLAIS
we had not noticed until now that some are still sporting 'horns', which in our view adds to their appearance, so decided to commit one to celluloid but typically
Lights, Camera, Focus
and this happened,
"Tale Two - Chewing the Cud"
a fine beast!
Having conducted eveningtime observations, there has been no signs of life from the
Badger Sett
now considered redundant but in its place 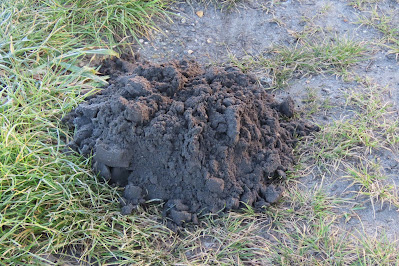 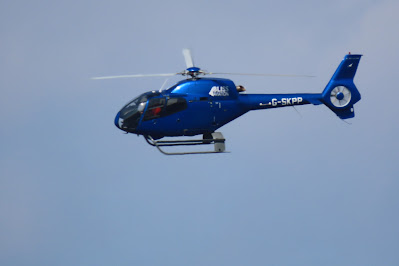 EUROCOPTER COLIBRI
We have muted the idea of a Red Sector No Fly Zone but it would seem every one is a Conservationist until being asked to do something posative?
At the turning on of the Midnight Lamps (Jimi Hendrix) we were lucky and blessed to capture these 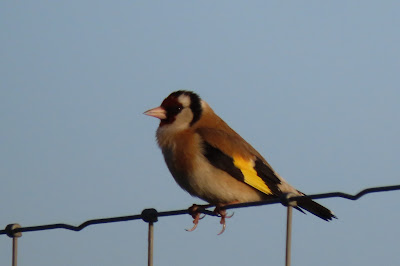 GOLDFINCH
in the last beams of the 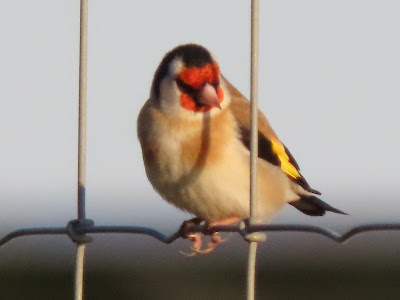 Setting Sun.
As we started with Waterfowl so shall we end as at the final knockings we watched on the 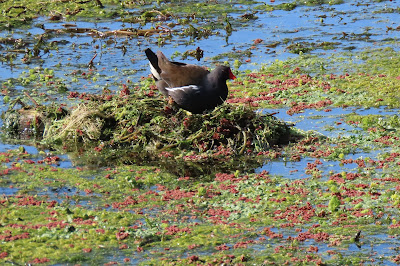 Main Pond
this
MOORHEN
continues building what is considered to be a rather 'exposed' nest - we'll see?
Posted by Bagsy at 04:13