Something we had quite forgotten about until recent days was the sequel to our Taiwan adventure back in 2012. Along with the fact that I had also met German birdwatcher and temporary resident 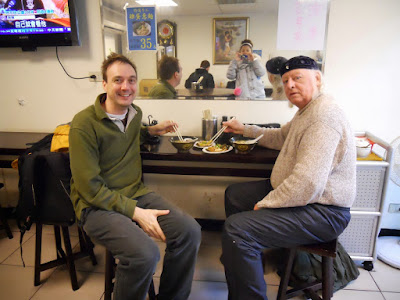 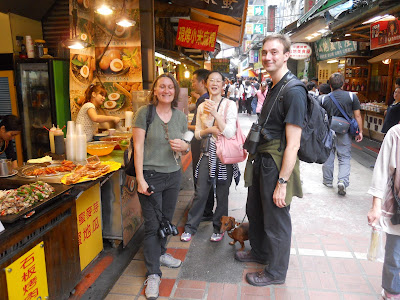 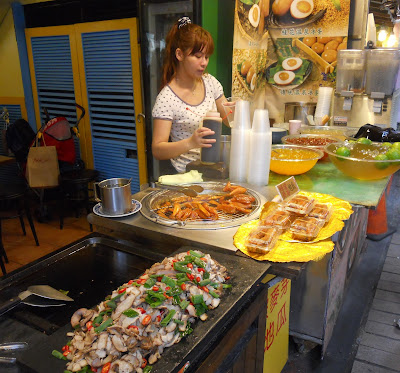 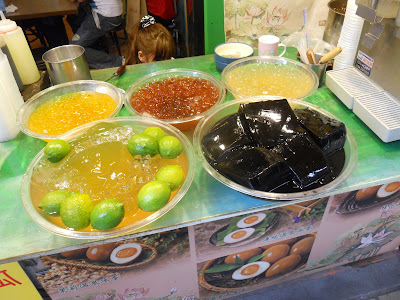 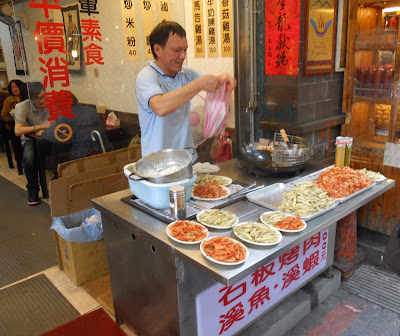 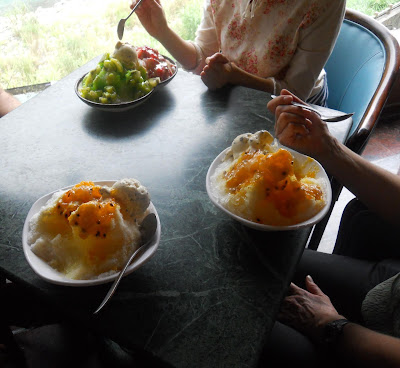 Street Cuisine.
However, the whole gig had been arranged around the 2012 Olympic Games which was not going to be missed even for this. Having been heavily involved in the run up to the sailing event trials of the 2008 Games before, as the course layer and one end of the start gate and safety boat, surely the memories would come flooding back. The only fly in the ointment was that the whole thing was refered to as The Weymouth Olympic's Sailing Event while the heart of the matter was firmly stationd at the PORTLAND Sailing Accadamy!
However, early morning on the day I caught the first bus to Portland Bill from where the Olympic Torch was to be ignited with a series of runners transporting it to Weymouth. At the aftermath it was decided to follow it and get a photo of myself at the Olympic Rings Statue at the Weymouth Railway Station and a firm handshake from one of the Torchbearers. 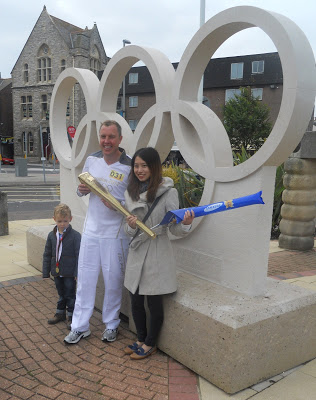 (don't know who the Whipper Napper was but he had a medal and who's counting?)
Already posing there was a young Oriental lady whom I simply could not but approach to ask her origins with the answer being the most 'unlikely' Taiwan. Assuring her of my honest intentionand and that we would not stray off the Straight and Narrow she agreed to my proposal of showing her around my beloved Weymouth and Portland over the coming days. 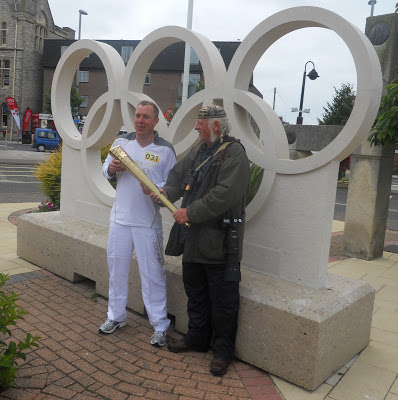 An international student at Bournemoth Univercity, she asked if her Chinese friend could join us on the following day, which formed a further delight, and a Dutch male classmate on the final day.
We covered a lot of ground from climbing the Lower Light Lighthouse at Portland Bill, which is the Portland Bird Observatior, Tout Quary with all its budding masons and sculpters, the Accadimy itself and as shown 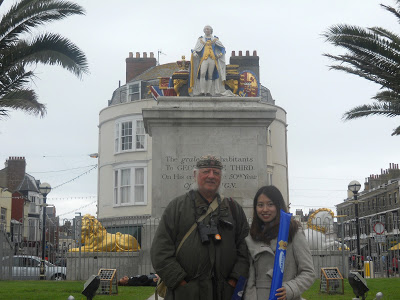 The Kings Statue in Weymouth
Dedicated to King George III who brought the delights of swimming in the sea to the towns notice and in time the rest of the country.
Unfortunately, all other images seem to have been lost to the eather but our rambles turminated at the mighty fine 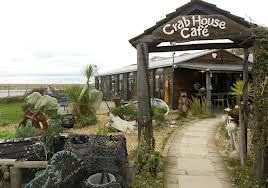 Crab House Cafe
on the cusp of the Fleet at Ferrybridge, seperating Weymouth from Portland, and in full view of the unique 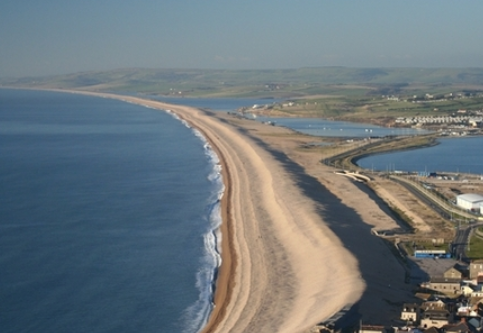 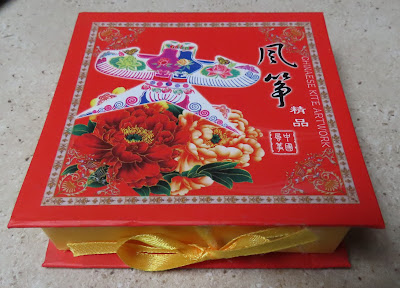 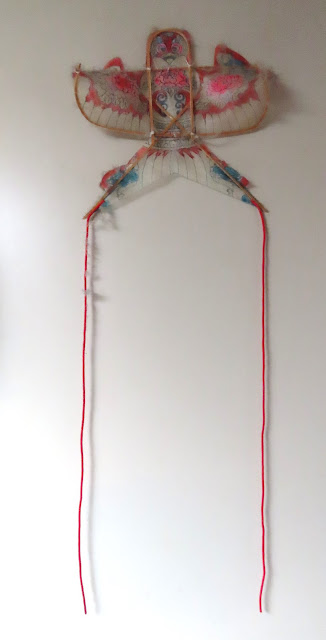 Rice Paper Kite
which is valued as much as any of my trophies! 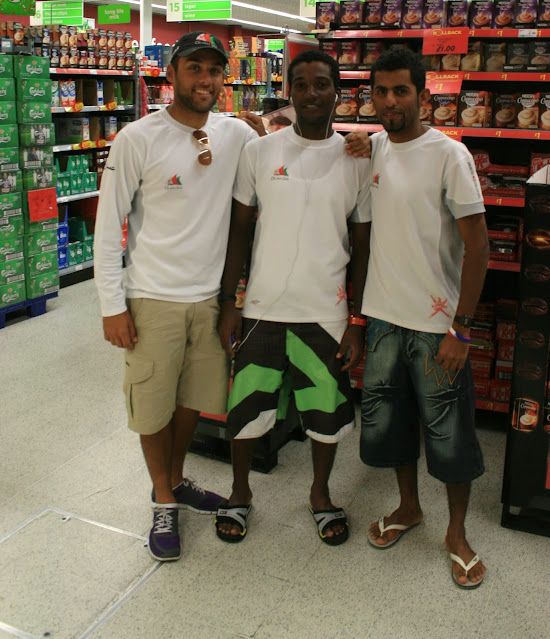 and by chance also met the Omani crew in the Soling Yacht event.
I will fly a yellow paper Sun in your sky,
when the wind is high, when the wind is high.
I will fly a silken silver Moon near your window,
if your night is dark, if your night is dark.
In letters of gold on a snow white kite, I will write "I love you".
And send it soaring high above you, for all to read.
Kites - Simon Dupree and the Big Sound

(later to metamorphos into the fabulously punchy - Gentle Giant)