Harking back to the week-end when there were 4 pairs of eyes, 11 Moth Traps and much myrth it was certain that we would have to pay a revisit at sometime or another! With c3 seperate additions to the Recording Area List this may not be the last wander back as we do like to show as much as we can of our findings. Having already presented the 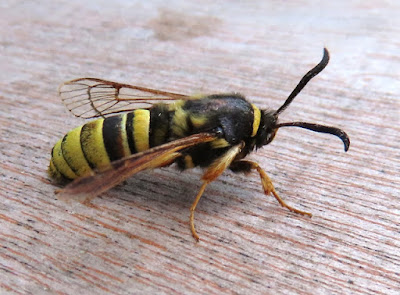 LUNAR HORNET MOTH
there is surely room for a repeat while our second addition was also of the wing-ed kind with a 4 years long wait fulfilled to boot! It was that long ago that we claimed to have caught a brief glimps of a 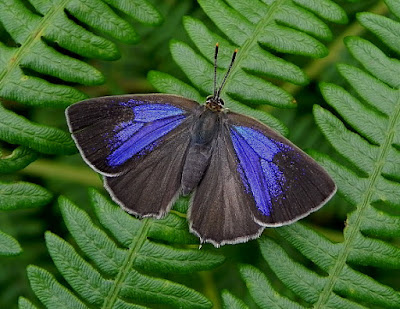 PURPLE HAIRSTREAK BUTTERFLY
and while it was considered then that it could not have been anything else there was never any absolute certainty about it so it remained on the Moment Lost List. 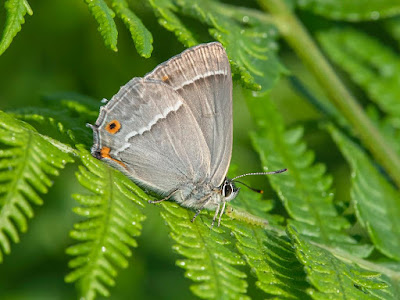 No doubts this time with 2 obsevers and c3 Insects gamboling in the upper reaches of the neighbouring Mighty Oak - what a find!
Third and final it could only have been Dave who returned to base with firm reports of a 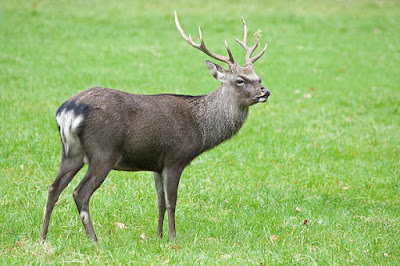 An import from the Far East the story of how they got to be here and spread so widely and numerously across Dorset still brings a chuckle. It is  said that it was the owner of Brownsea Island who thought a herd of these beasts would compliment his rolling acres but without knowing how many the story goes that by the following morning they all swam to the mainland where none-stop breedin
g commenced! Back to the present and with overnight temperatures now nudging +20°C we are also seeing some decent returns from the Moth Traps which we will bring to you at a trickle starting with 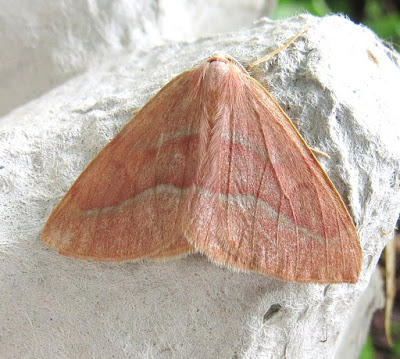 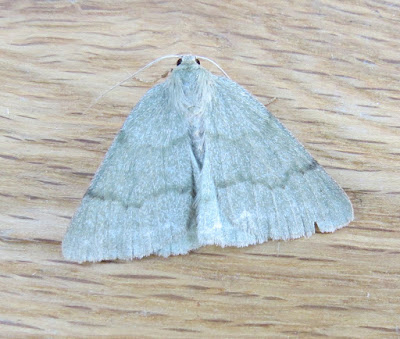 which strangely also has a varient 'green morph'? 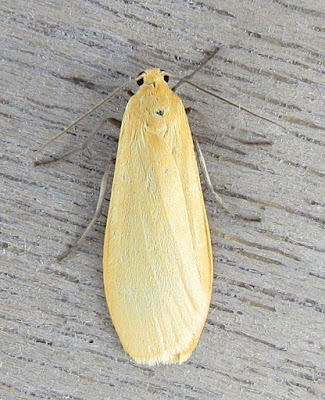 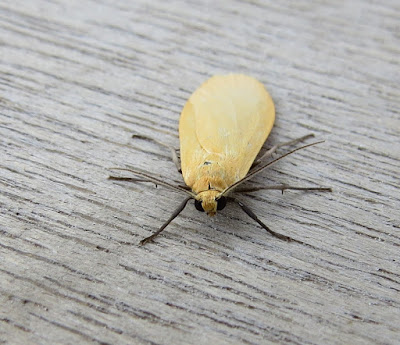 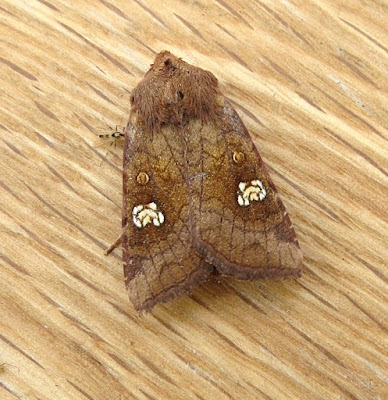 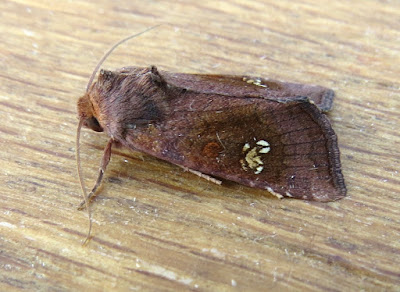 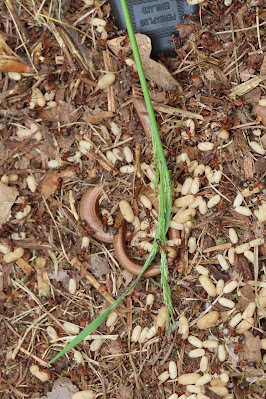 c2 SLOW WORMs
as a CUCKOO provides backing vocals this late in their season.

"In July away I fly, in August away I must" 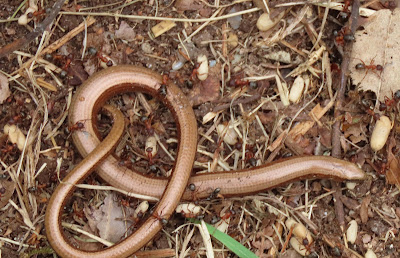 continue to co-exist  with the Wood Ants under one of the traps, 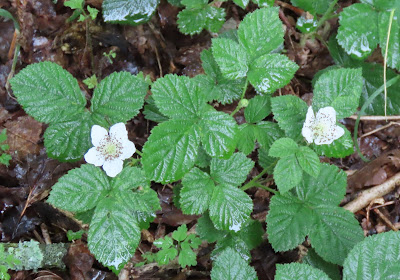 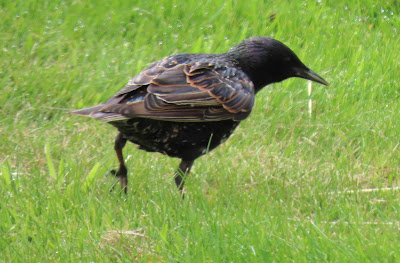 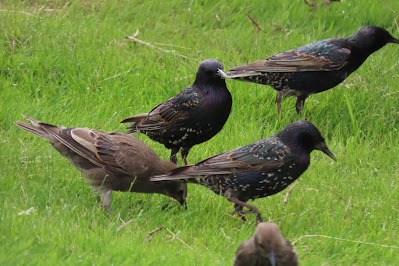 STARLINGs
at just about every 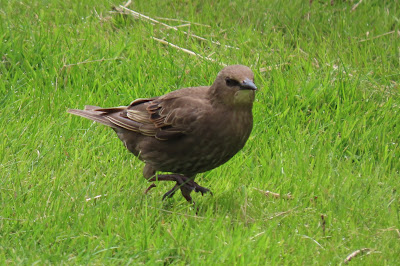 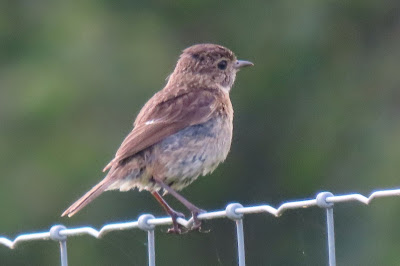 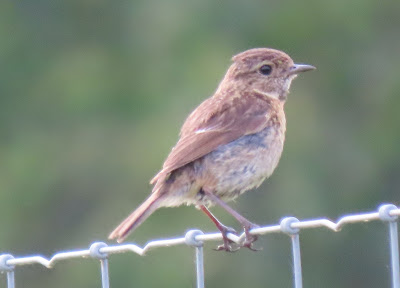 STONECHAT
seem not to far behind with a count of 18 youngsters in one of the
Solar Panel Compounds.
MANANA!
Posted by Bagsy at 05:50