But don't take our word for it, go out and buy one, a coconut that is, cut in half, tease out some of the meat before refilling with fat then suspend from your bird table - sit back and watch! 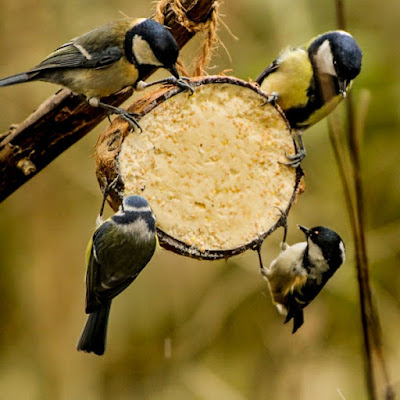 Fact is, after a dearth of all the c5 more common species of the genere, over the day we welcomed them back by recording a 'full house'. 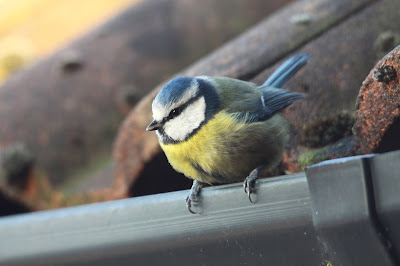 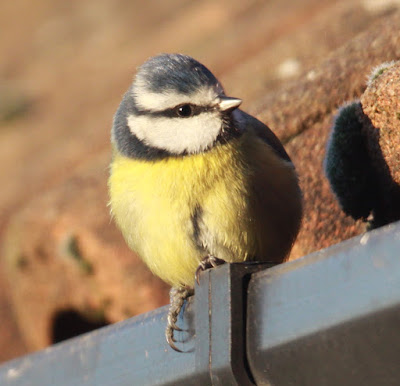 drinking from the farm-house guttering. 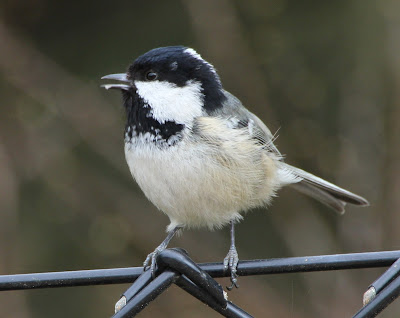 COAL TIT
in the garden along with a 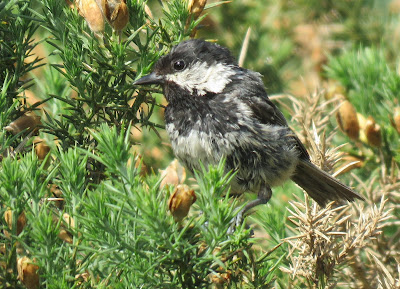 juvenile, only an occassional visitor here. 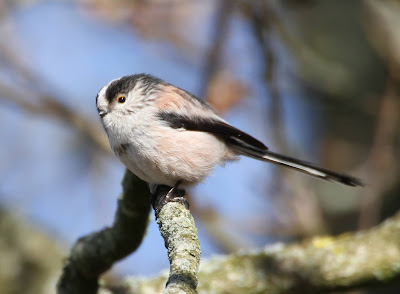 Something of a mass invassion along the Bridleway of 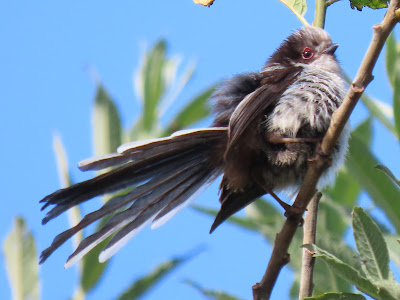 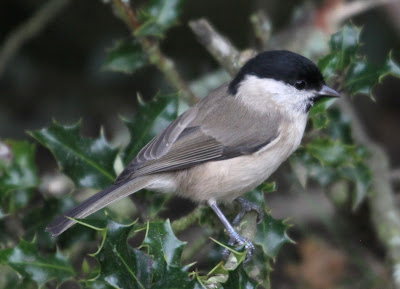 Something of a minor miracle, reported to His Eminence, at firstly hearing and then locating a 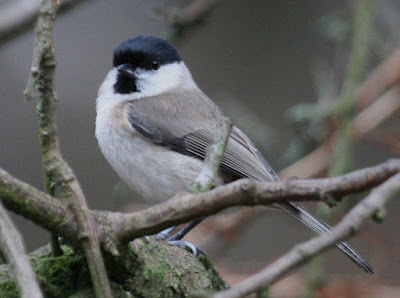 MARSH TIT
on the Heath, by no means a regular occurance, and finally 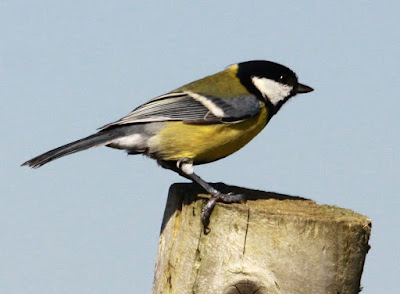 the jaunty fella that is the GREAT TIT
Were this not enough, then came a Heart Stopper reporting that there was a 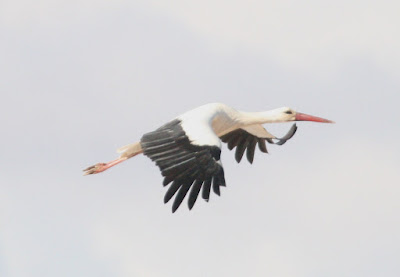 WHITE STORK
likely invading our air-space, but with no sighting or follow-up qualification we commited it to the
"might-have-been" list but on the up side did stimulate us to recover these images from the archive 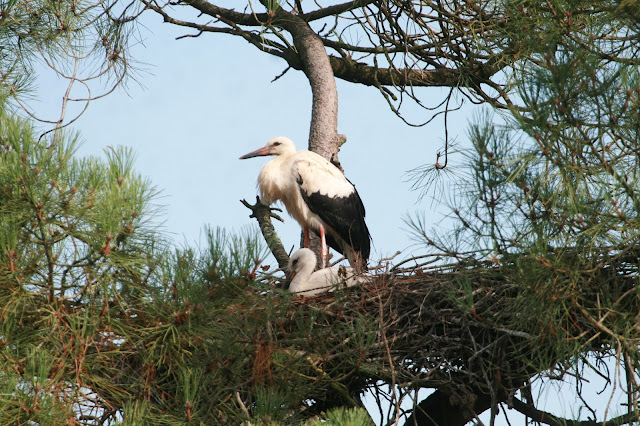 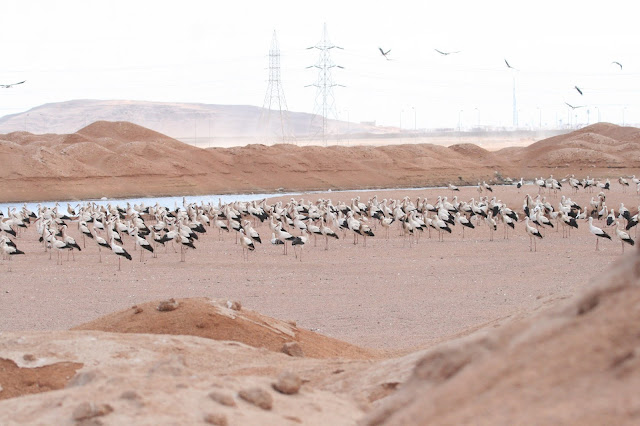 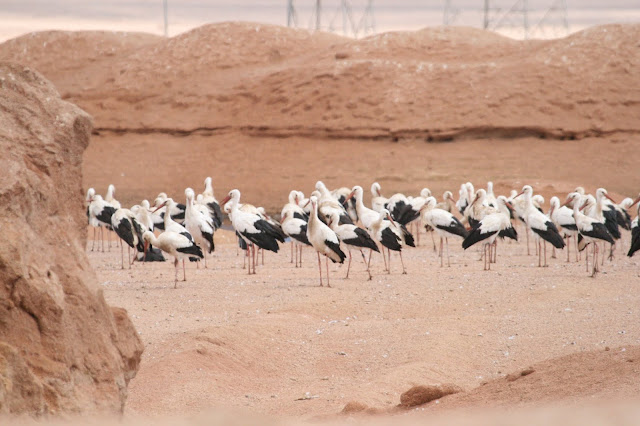