After a second starry night in a row the omens were not particularly favourable for a 'bag full of migrants'. First port of call, as usual, was the cemetery where this formally elusive 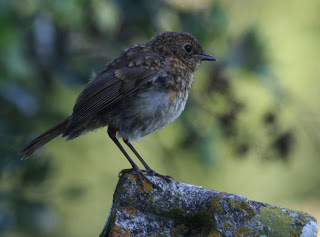 juvenile Robin succumbed to the lens, and after a poor showing at Ferry Bridge (c29 Turnstone, an adult Peregrine and a few high flying Yellow Wagtail) I continued on to Barleycrates Lane. There was a little more action by way of this single 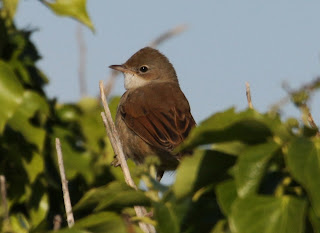 Whitethroat, for a short time in company with a close relative a Lesser Whitethroat, while further along there were about 30 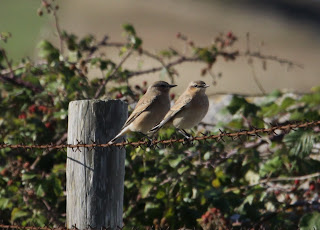 Wheatear. plus a lone 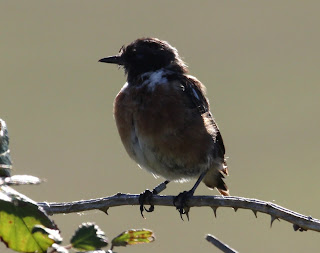 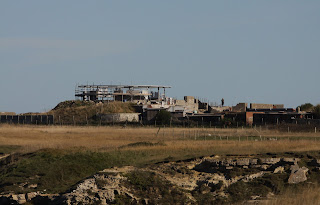 Looking back toward Blacknor it was noted that the work on refurbishing the 'fort' continues apace, and when I get to know more it will be highlighted here. 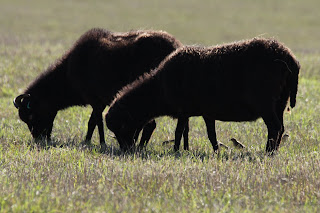 Yellow Wagtails were in evidence in the Fancy's Farm fields, in the main favouring the company of the Hebridean sheep, while at the main entrance a new emblem was flying. 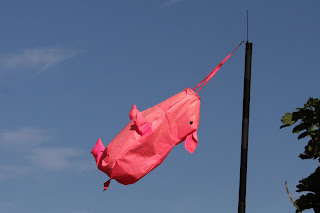 A most Floydian 'pink pig' and most definitely 'on the wing' so in future I'll be watching for Pigs on the Wing! A coffee at the Observatory was most welcome and just before leaving Ian Dodd very obligingly released a 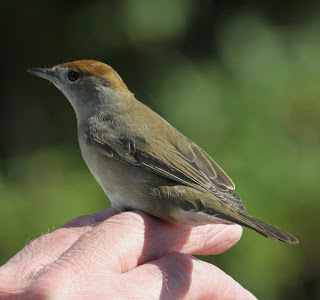 female Blackcap from one of the 'mist nets'. 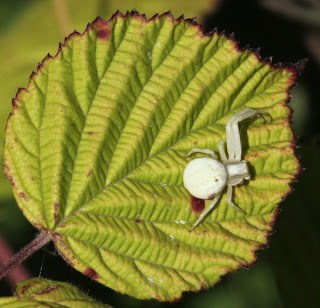 Something completely new for me was a White Crab Spider in addition to 3 Wasp Spiders which seem to be colonising the area, plus a Spotted Flycatcher and Tree Pipit. On the way back to Southwell to catch the bus Culverwell seemed to be alive with 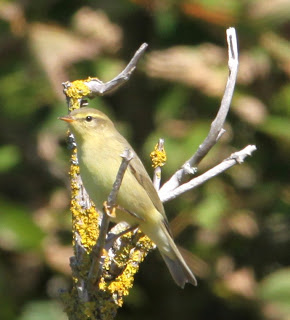 Willow Warblers, as this 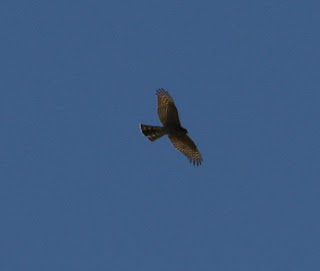 Sparrowhawk circled above perhaps hoping to catch one or two.

Back in Weymouth, the Quayside 2 day Music Festival was once again well under way, and I felt privileged to catch the 'set' by journeyman guitar / vocalist 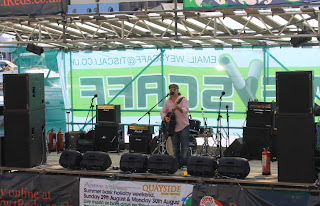 Duncan Dukane (nee Elder). One time front man for the seminal outfit 'The Beautiful People'. Duncan & Co scored a mighty hit this side of The Pond with a slant on the Hendrix classic"If 60's were 90's", in addition to which he (they) had a further 3 'Number 1' hits Stateside. 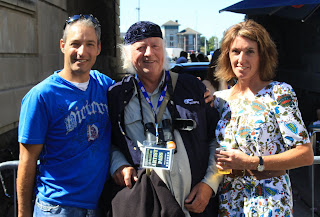 Lots of people not seen for all too long started showing up, including great mates Adrian & Tracy Baker (no relation) and it was another privilege to be afforded an All Areas pass allowing me to mingle with the musicians and partake of the complimentary bar and tab-nabs. 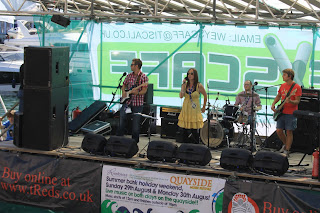 'Hustle' performed next, while 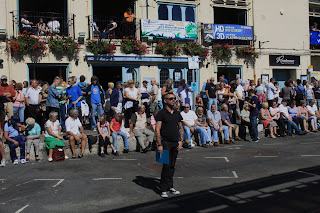 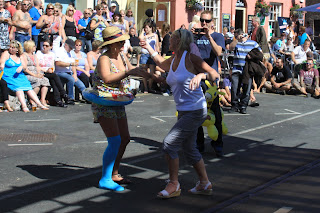 The crowd were now getting the groove and being so near to the water's edge, some had taken precautions. 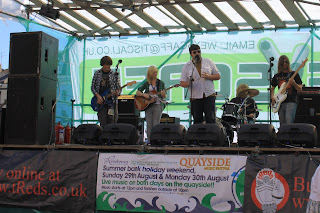 Zoe & Co were a fine example of just what is going on in our fine town musically during their 30 minute set. With a combined age of just over 13 these youngsters are the 'shape of things to come' (Jeff Beck) and we can feel assured that Rock 'n' Roll is safe in such hands. 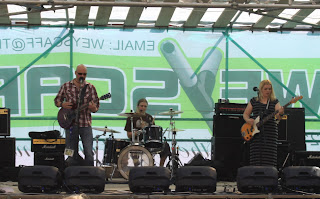 Just before leaving to go for my second Marlborough 'fish and mushy peas' in as many days this band, who's name escaped me, took the stage starting off in Satriani fashion, and when I get the name I'll bring it to you.