It has been such a full day, not to mention full of Malbec wine, that I'll have to add the captions in the morning. Suffice to say at the moment I'm in north east Leicestershire.

Good morning. The drive to Leicestershire took a little longer than anticipated due mainly to roadworks on the M3 and an accident on the M1 but I eventual arrived at the tiny village of Eastwell at mid-day. Perched in the heart of the Vale of Belvoir it is the home of my long, lost childhood friend John Wood and his wife Marion, who have already looked after me very well. 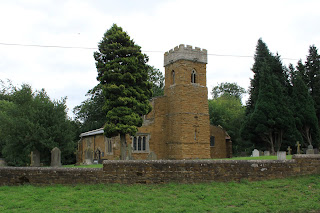 We started my stay with a wander around the village admiring the mainly Ironstone buildings, as the was in the heyday of the Stanton Ironworks the main supply of this commodity. The church, St Michael & All Angels, was built in the 11th Century with the top of the tower having to be replace by more durable stone more recently. 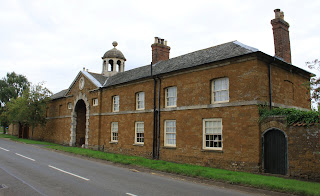 Next it was on to the Coach House, now a private dwelling, 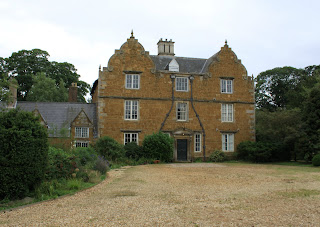 as is the Manor House 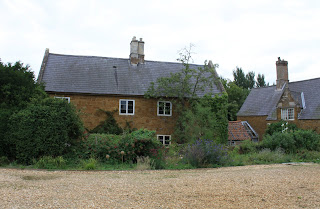 and the original Manor. 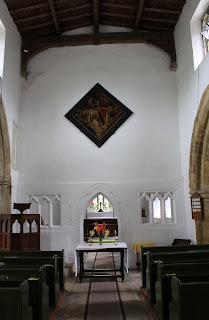 Of note, this 'hatchment' (a funeral banner if you like) was to the Eyre family and struck at the death of Rowland, Lord of the Manor, who died in 1777. There is also an early 14th century stone tomb bearing the effigy of an unnamed priest. 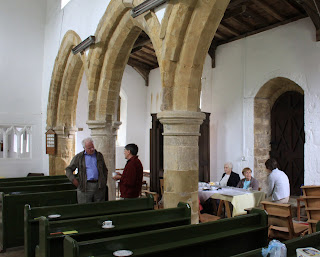 Wednesday is 'tea & cake' day at the church, so it was into that before 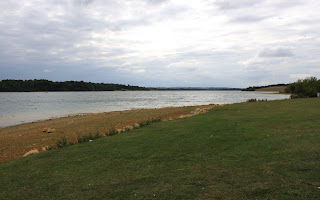 driving to Rutland Water where I had a couple of hours to look around. Looking west. 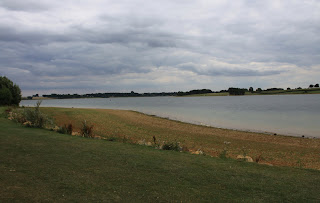 Looking east. There were not a lot of birds to be seen (22 species in all) with Greylag Geese, Green Woodpecker and Little Egret the best, and no sign of the breeding Osprey, but other interest came by way of 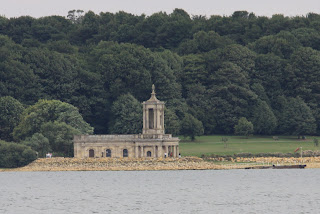 Normanton Church which bears witness to the village of the same name now some fathoms underwater. 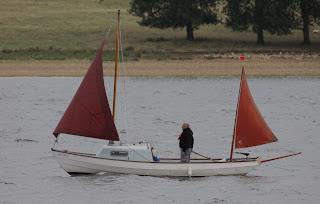 Numerous types of water craft with this neat little skiff and 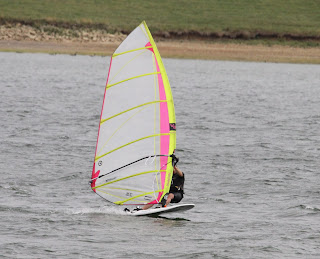 this sailboard being but 2 examples. 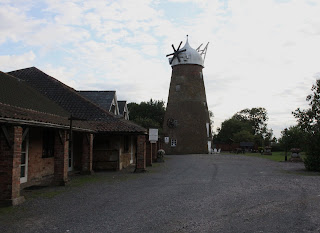 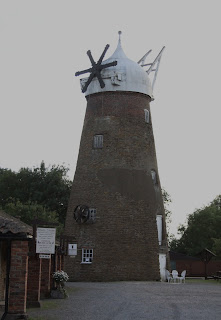 Wymondham Windmill before arriving at 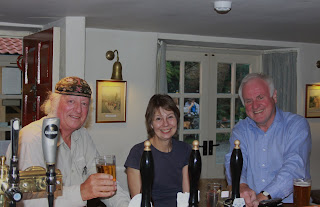 The Wheel for a well earned brace of ciders.
Posted by Bagsy at 23:49