Down On The Farm

At 10-00 this morning I embarked on my next mini adventure, visiting a series of friends around England, a couple of which have been neglected. The first port of call was Parley Court Farm (still in Dorset) which the Dampney family have worked for generations, and by my reckoning always worth a visit. The hub of the property is Parley Manor with its array of ancient outbuildings, while the main 'crop' these days is grass turf. In addition there is a selection of livestock, particularly horses, maize crop, a golf course, river fishing on the Stour, an Equestrian Center plus camp sites for the passing holiday trade.
There is ample opportunity here for bird watching as there are several acres of mixed woodland and scrub and within the property boundaries a small pocket of heathland, where this very day I saw a Dartford Warbler, fishing ponds and close by a sewerage works. Just before arrival, Janet (the lady of the house) had taken a tray of chocolate and Brazil nut brownies out of the oven, and Hugh was still butchering a Roe Deer, a haunch of which we are having for dinner this evening.
A couple of hours walk re-acquainted me with the lie of the land which I can share here with the readership. 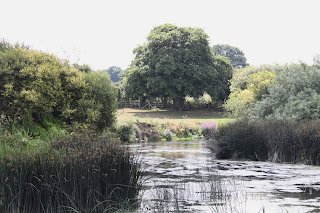 Part of the 2 kilometer length of the River Stour that runs through the property, a little deplete of water at this time of year as it reaches the estuary near Christchurch. 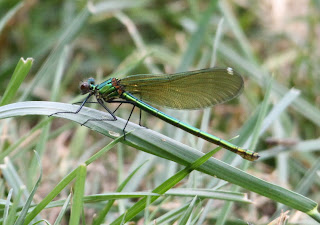 There were a few Demoselles on the wing, all of them being females of which this is one. I think, as it has a bronze 'tail', it is a Beautiful Demoselle. 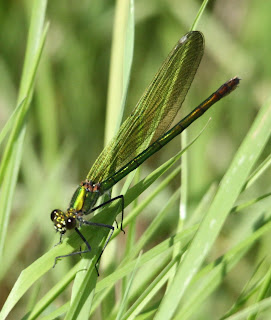 The same insect in a different light! 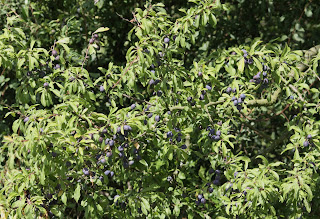 The Blackthorn bushes throughout are laden with Sloe Berries. 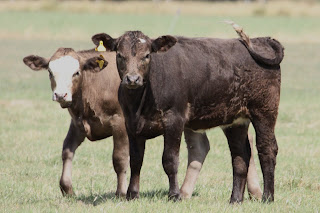 A couple of heifers, recent arrivals. 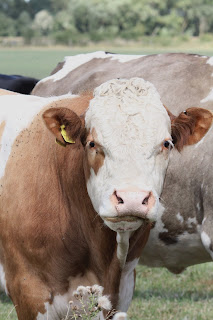 While this young Bull seemed determined to get itself photographed. 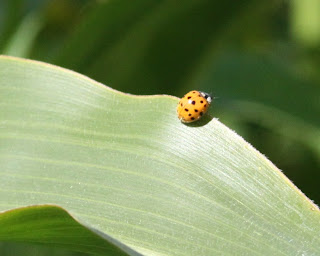 Interesting Ladybird, but I don't know which one. 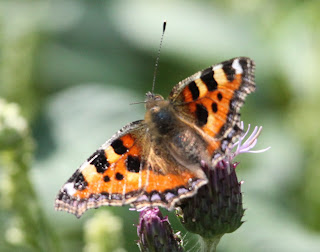 This slightly 'battered Small Tortoiseshell may have lost an antenna but 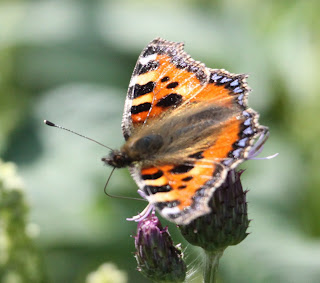 more than makes up for it with its long proboscis. 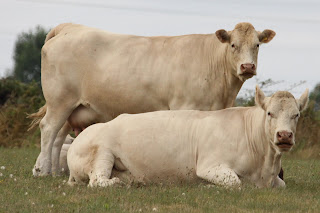 I just have an idea these are Charolais Cows. 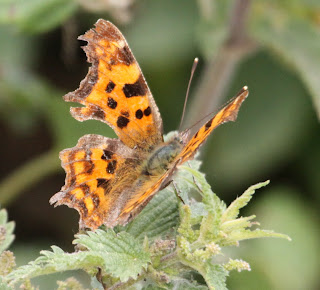 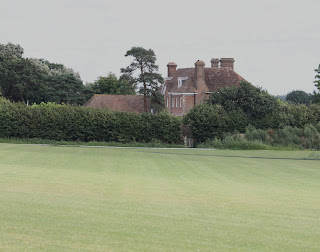 The Manor across one of the many turf fields. 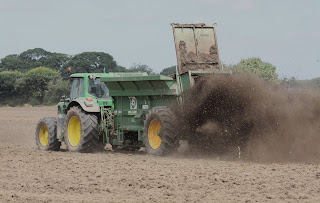 Watching the ground preparation in action is intriguing, here one of 4 compost spreaders, working in unison, sheds its load. 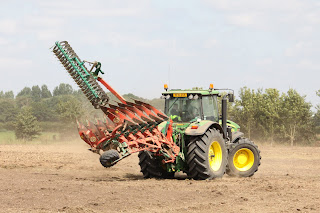 While this contraption adds a new dimension to multi-skilling. 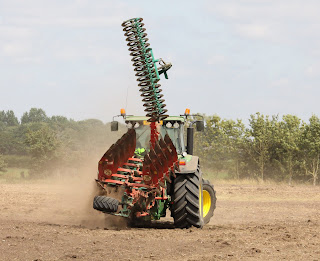 The 3 functions include plough sheers, harrow and furrow press (roller to conserve moisture). 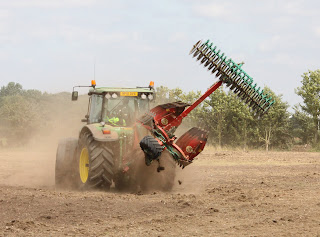 This 180 degree maneuver takes less than 30 seconds, and I thought if the Portland Bird Observatory ever wanted to buy Richard Newton a present for all his hard work, 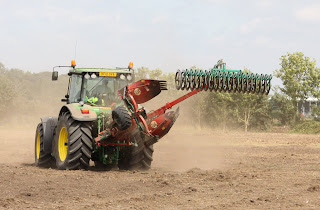 this would be the ultimate. 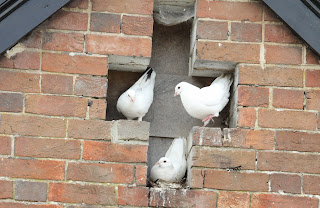 Peace be with all our readers.
Posted by Bagsy at 17:40