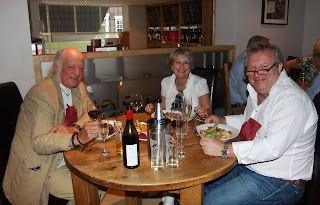 Yesterday evening we headed for Beverly town centre and a very nice Italian meal at Rolando's, 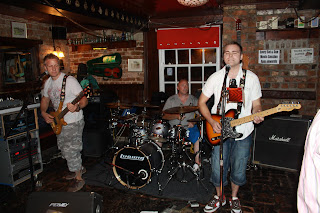 then on to The Sun Inn where 'New Vision' kept us adequately entertained with numbers from The Police, Maralyn Manson and the Kaiser Chiefs until after midnight. 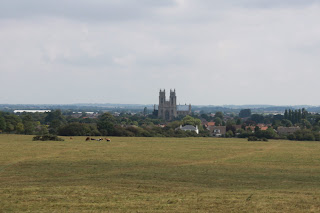 This morning we retraced our steps through Beverly and with some daylight were able to produce a few shots of the Minster, 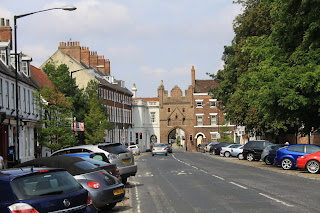 the High Street and 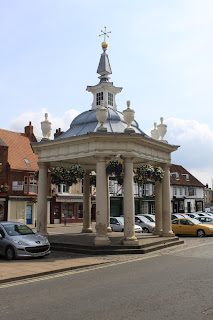 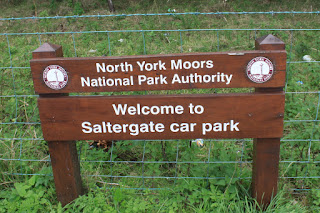 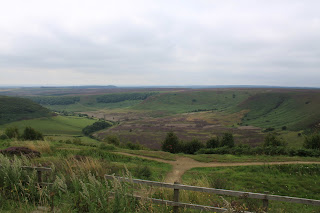 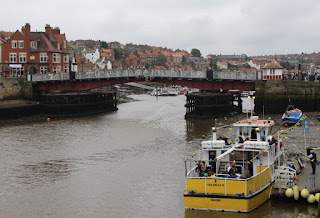 Whitby, on the east coast, was our next stop with its Swing Bridge still operational, The museum dedicated to one of the towns favoured sons, explorer 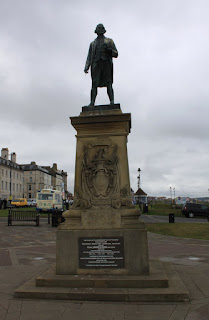 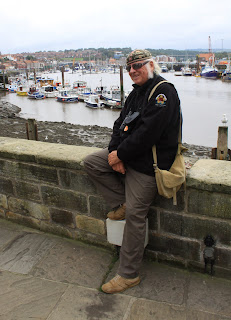 Sitting on the Dock of the Bay. 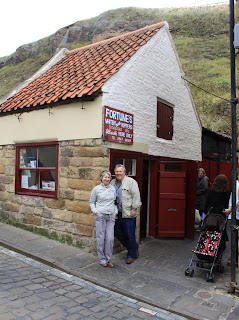 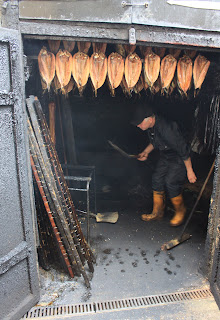 to see the smoke house opened. 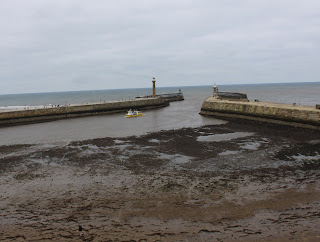 The 2 Pier Heads and the 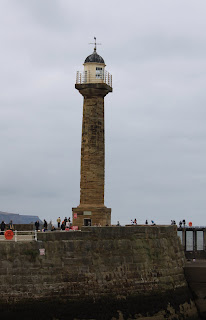 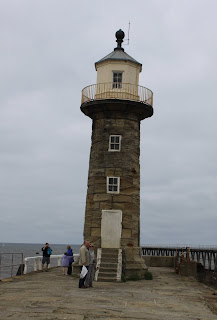 these photos dedicated to the Lifton's (the Lighthouse lovers). 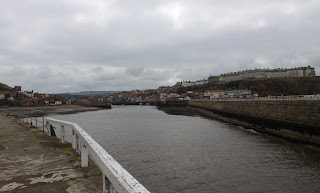 Looking up harbour from the pier head. 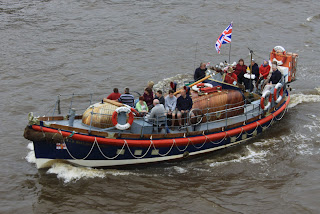 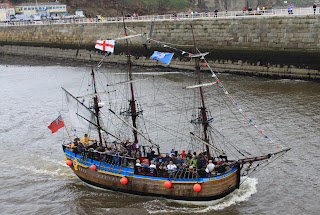 and a 'Privateer' used for the same purpose. 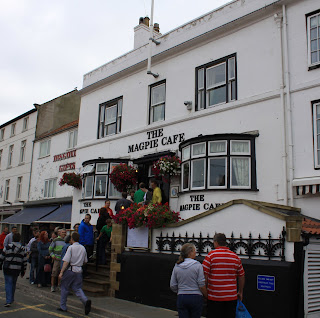 We had 'fish, chips and mushy peas' at the world famous Magpie Cafe, but had to wait until 3 'o clock for the queue to subside. 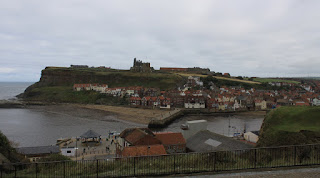 A distant view of the Abbey and Parish Church.


Then we drove on to Robin Hood's Bay a little further down the coast. 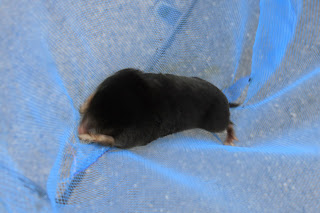 As we left the car park we were surprised to see the Mole running along the pavement, which was deftly scooped up by a little girl with a fishing net and returned to the park. 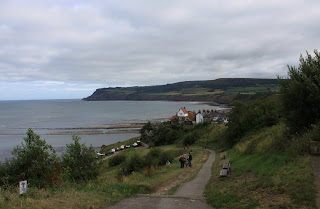 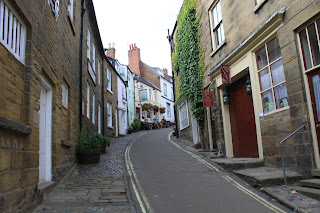 The steep main street down to the foreshore. 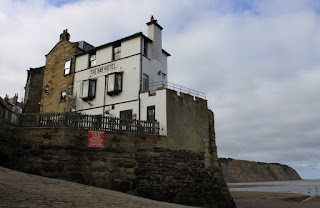 The Bay Hotel, part of which is the Wainwright Bar (bottom right main building) where Alfred MBE wrote much of his guide to Fell Walking.
Posted by Bagsy at 21:08