Plan A had been to visit Manchester today, as my friend John Wood had a business meeting there and I have never visited so it seemed an ideal opportunity. In the first instance, a late purchase return train ticket was £57, which John in my absence considered prohibitive, and then in turn his meeting was cancelled at short notice so at least I saved my money.
Instead, we decided to visit the 'market town' of Melton Mobray, but for a second day the elements were not with us as heavy rain persisted just about throughout. However, kids of 'vintage' 1946 wouldn't let this get in the way and started with a wander through the local Farmer's Market (which on Tuesdays auctions livestock) before a look at the town itself. 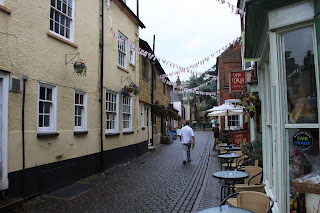 Our readers in the UK will be familiar with the expression 'to paint the town red" referring to enjoying oneself? This is where it was first coined as revelers from the Fox Hunting fraternity, a little worse off for the hard stuff, literally painted the buildings of the main thoroughfare scarlet! 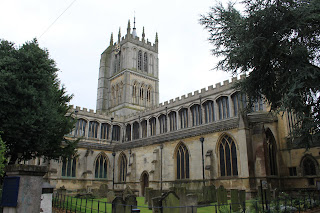 The Parish church of St Mary was next 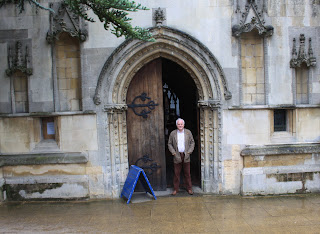 with its Gothic doorway (and John) 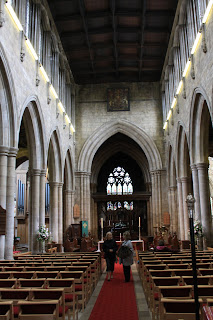 its lofty naive and a number of interesting monuments 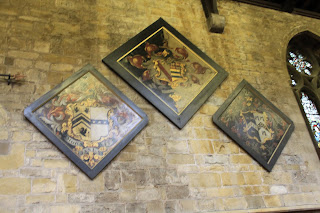 and hatchments. It was not discovered who's funerals these 3 were part of and the light was such that a shot without a sheen seemed impossible. 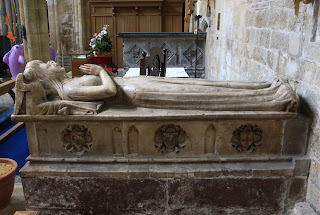 Also 'unknown' was this lady in marble and 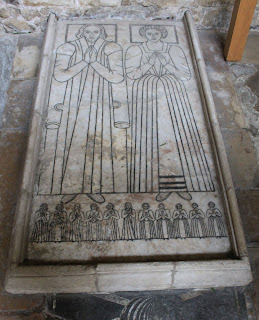 a couple in marble relief. 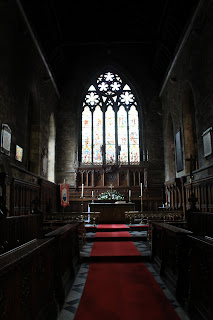 looking toward the high alter and stained glass window. 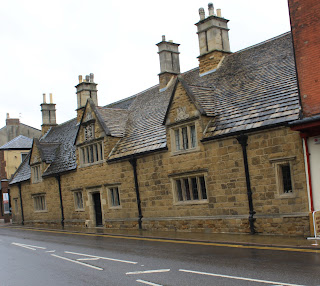 The Bedehouses, another name given to Almshouses in this part of the world, opposite 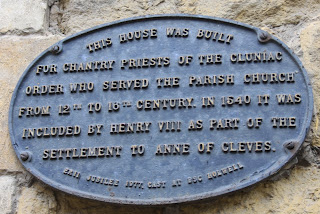 the Anne of Cleve pub, with its associate sign. 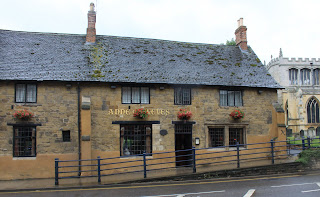 The town is probably most famous for its Pork Pies and local Stilton Cheese, both of which we intend enjoying after a visit to the Red Lion for a pint!
Posted by Bagsy at 17:22