Oh, I Believe in Yesterday - The Beatles 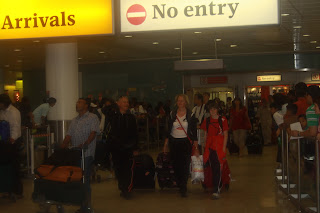 After the delight of seeing the family again after their month in Australia I was all but 'confined to barracks' today by adverse weather. The advantages were, the pond and water butt both filled up, I got those 'must do' chores done and now have time to catch up and post some of the outstanding items from the past 2 weeks.

My final day with Andy Lindsay, in Derby, was in fact spent in Nottinghamshire on the banks of the River Trent. Adjacent to the Attenborough Nature Reserve, this too was a boyhood stomping ground, with familiar sights being Beeston Weir, Boots the Chemist's factory and Meadow Lane Infants my very first school. 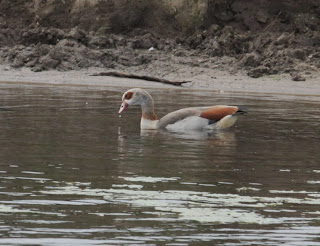 We immediately came across a lone Egyptian Goose, 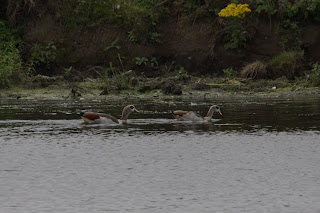 which was soon joined by a second and then 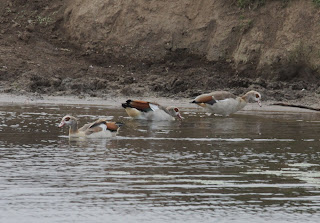 a third. Eventually, they became a gaggle of 8 but by then out of range for a photograph. 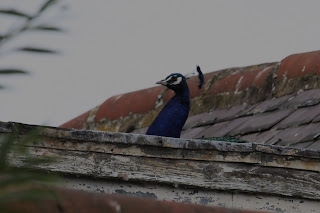 At the abandoned Lock Keeper's cottage there was just a glimpse of the bizarre as this Indian Peafowl put in just a brief appearance. 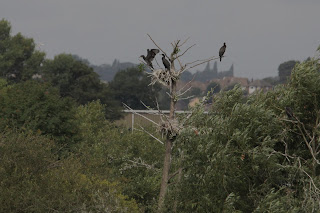 There were signs of breeding Cormorants in this dead tree, 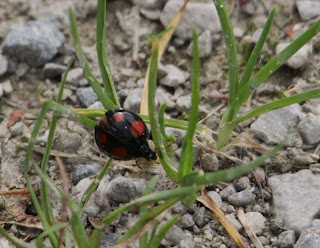 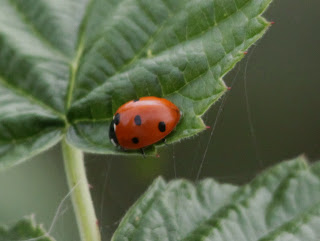 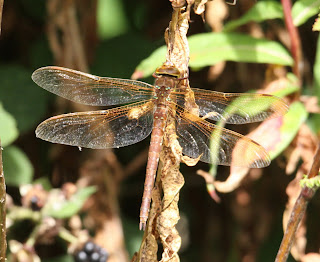 Insects continued to interest as a number of Brown Hawkers were seen buzzing around, 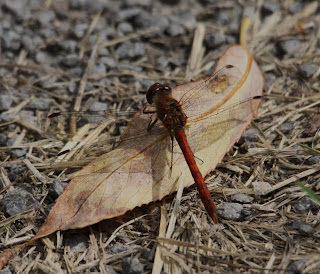 and a single Common Darter allowed a photo shoot. 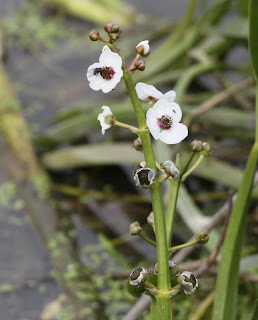 Waterside plants were represented by this Arrowhead and 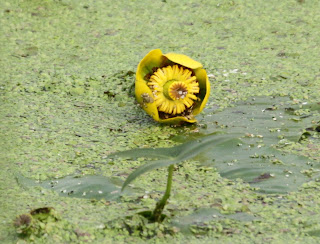 Having travelled down to Northamptonshire the following day to visit 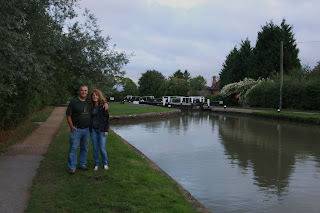 David and Jan Penney, we spent part of the evening walking along the 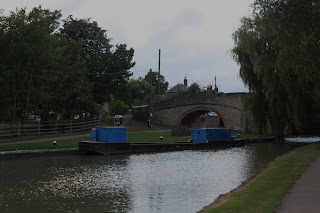 Grand Union Canal before enjoying an excellent meal in the canal side pub The Navigation.

Having visited Pitsford Reservoir that morning there was time the following day for even more 'birding'. It's true to say that I turned Dave on to 'birding' several Christmas Day's ago onboard the Floating Oil Production Platform 'Buchan Alpha' in the North Sea. Meeting for a brief chat at the turn of the shift, he asked why I wandered around the upper-deck every morning for 2 to 3 hours never missing regardless of weather conditions. Dave was an avid breeder of Parrots in his early to mid adult life, so took little persuasion to join me for a short while, and like he said "it's better than working"! Viewing the inactive starboard 'flare boom' he noted that, as usual, it was covered with Gulls so I suggested he took the binoculars to see how many different species were there. Great Black-backed and Herring Gulls were fairly obvious, but he did notice the all 'cream' immature Glaucous Gull. That was it, his 'birding' life had taken off, and he has visited me each spring and autumn since.


I bet you remember this Dave! 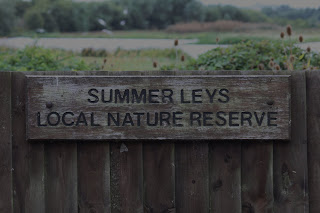 Summer Leys is one of many such reserves to emerge from redundant gravel workings. 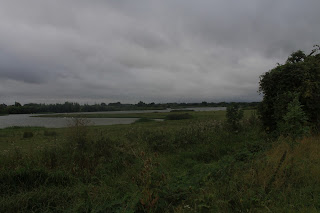 Two views of the reserve, this from the car park, 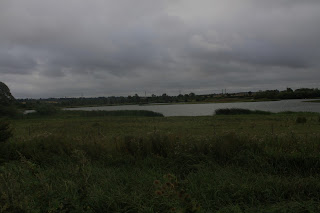 and here from the eastern end. 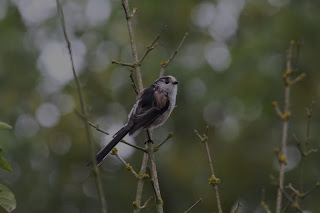 First, and most prolific of our 35 species here was Long-tailed Tit, there were dozens of them. 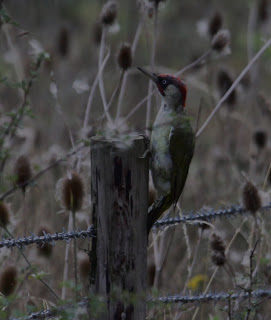 One of an estimated 4 Green Woodpeckers managed to evade attempts to photograph it, but stayed just long enough on this post 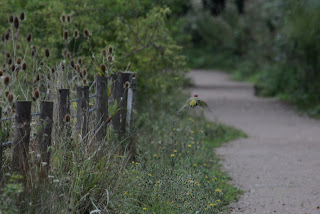 before again flying away. 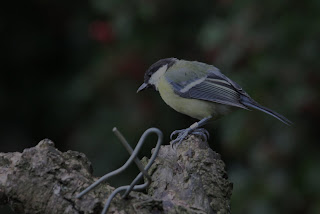 Great Tit were active at the feeders, but there was no sign of the predicted Tree Sparrows so as well we got them yesterday. 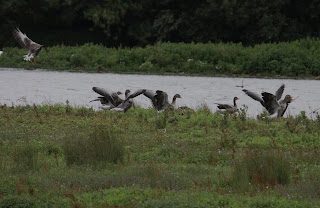 The Greylag Goose is much in evidence here, so impressive in flight. 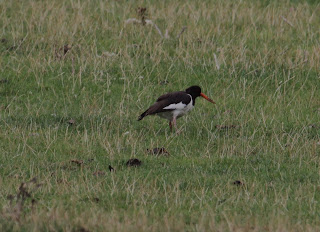 A lone Oystercatcher fed on a neighbouring field. 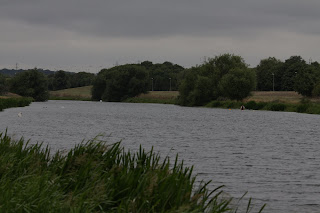 Finally, we visited a stretch of the River Nene which has its source in Northants and finally reaches the sea via the Great Ouse. 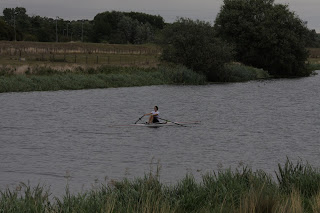 A favourite with all forms of oarsmen (or in this case oars-women) while its banks and adjacent pastures were, on that day, ideal 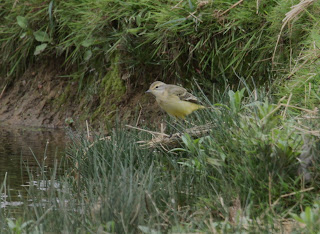 for several dozen Yellow Wagtails feeding prior to migrating south.

Finally, after such a trip with so many memories I should thank everyone who made it so including Hugh, Janet, Daryl and Gavin Dampney (including girlfriends Kath & Kate), John, Marion, Robert, Brenda and of course Mrs (Doris) Wood 'senior'. Jim the Medic & Liz, Andy, Shaun & Sarah Lindsay plus all our friend Glen Wicks (with Roy Wood), also David, Jan & Rheannan (hope that's spelt correctly) Penney.

So Many THANKS to all of you, with the hope of meeting again soon!
Posted by Bagsy at 15:06