and The Wichita Lineman Is Still On The Line - Glen Campbell

The appropriate amendment has been made to Friday's post where a slip of the finger must have allowed me to note 49 States had been visited so far this trip and not the accurate 9. There are only 50 for heavens sake!

After a much needed rest at the most comfortable Rest Haven Court Motel in Springfield, Missouri, I considered a visit to the State wouldn't have seemed complete without at least a glimpse of the Ozarks. As anyone who was listening to music in the early 70's would remember The Ozark Mountain Daredevils took their name from this 'range'. Looking at the map, it wasn't going to be difficult to make a detour to the south and then cut back north for my next destination Wichita, Kansas.

During this onward journey we encountered the first serious adverse weather thus far. Driving the Plains under the cover of dark made both sheet and forked lightning much more dramatic, while the rain and wind at times seemed to be slowing the Greyhound down.

Not the most memorable city this trip, at least the weather had cheered up and there were a few hours to wander the neighbourhood in the hope of a bird or two. First on the day list was 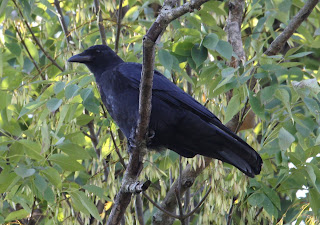 American Crow with a 'call' I can only describe as that of 'yelps' from Indian warriors attacking the invaders! 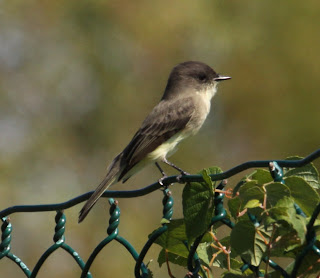 Eastern Wood Pewee* a welcome addition to the trip list. 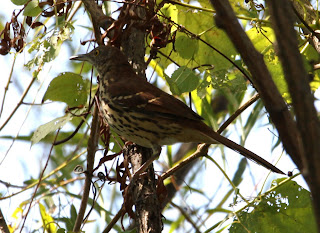 Brown Thrasher - again I hear you say, but you have to get these 'skulkers' when you can! 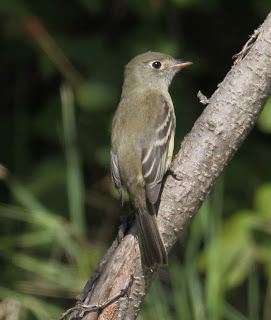 Thought to be Willow Flycatcher*, one of a small group that Americans call Trails Flycatchers after the Latin name of this species Empidonax traillii which are difficult for them let alone me! 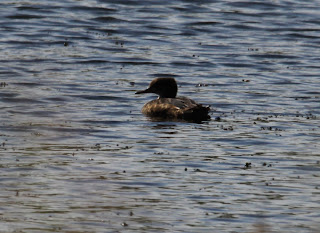 No, this shot wasn't imported from Radipole Lake it is a distant but genuine Hooded Merganser*, 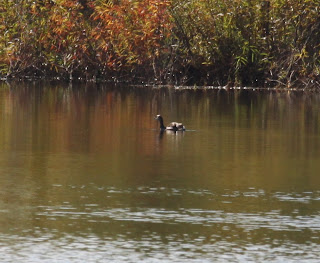 while this Pied-billed Grebe* held off even further. 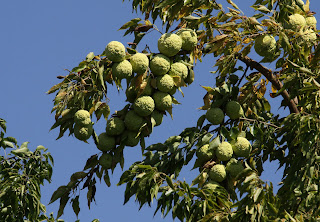 One of many Osage Orange Trees hereabouts, the fruits of which are locally known as Hedge Apples. When these fall, split and start to ferment they makeirresistible food for Butterflies and other insects. In addition, I was told, the wood from these trees is the chosen preference by the Indians (and other manufactures today) to make their bows, the strong yet pliable branches proving ideal. Among them:- 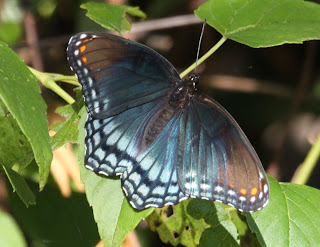 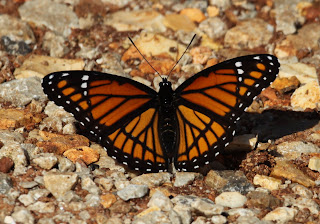 a much more obliging Monarch Butterfly, 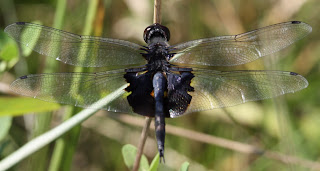 the strangest 'dragon' I've ever seen, Black Saddlebags (I wonder why?) 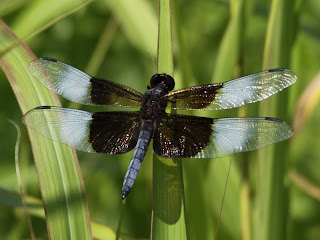 beautiful but unidentified and 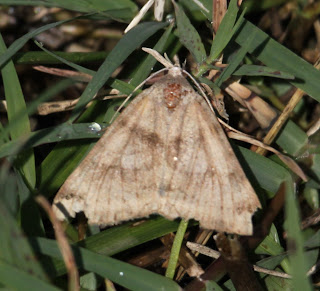 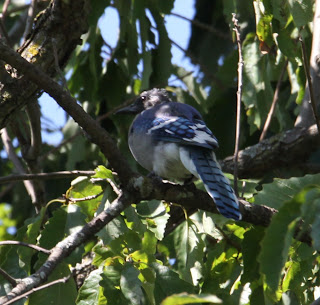 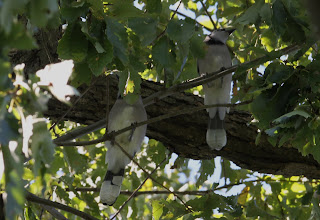 Like our own Jay they are 'skittish' to say the least, so feel lucky to have got even these shots!

Those marked * above are additions to the Trip List.
Trip Total - 42 World Lifers - 4 Total States visited this Trip - 11

I am a Lineman for the county, and I drive the mainroad. Lookin' in the sun for another overload. I hear you singing in the wire, I can hear you thru the whine. And the Wichita Lineman is still on the line.
Footnote:-
The Ozark Mountain Daredevils are a country rock band formed in 1972 in Springfield, Missouri, USA. They are most widely known for their singles "If You Wanna Get To Heaven" in 1974 and "Jackie Blue" in 1975. Some have described the band's sound as a "countrified Steely Dan". The Daredevils are also mentioned in the "Don's Story" chapter of American humorist DavidSedaris' book, Barrel Fever. Bassist Michael "Supe" Granda has also written a book about the band, titled It Shined.
Posted by Bagsy at 17:59