A Stroll In The Park (Part II)

By mid-morning the heat was getting oppressive, but armed with plenty to drink plus signs of other avian activity up ahead I wandered on. 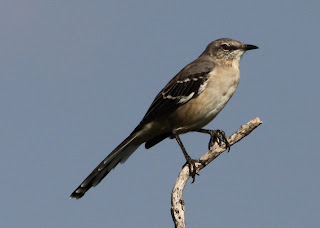 Northern Mockingbird, this has been the best pose so far of this very common species. 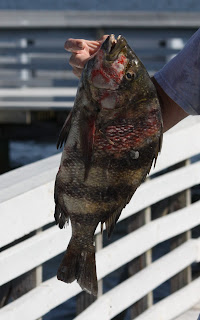 Sheephead, one of a catch otherwise Grey Mullet this man had with his throwing net. 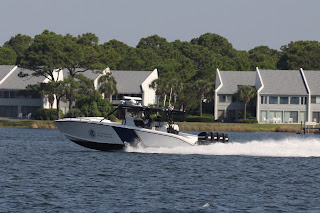 and a couple of examples of the water-craft 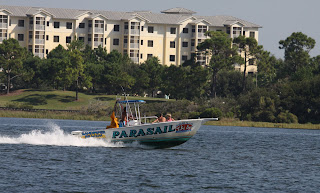 and dwellings on the edge of the Gulf. 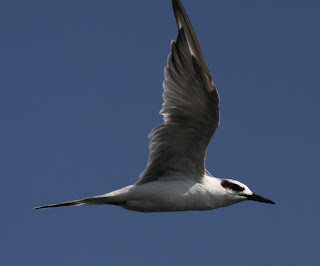 Forster's Tern (first winter) were also fairly numerous, this one making for a decent shot despite loss of a wing tip. 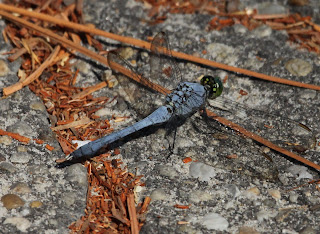 At last a 'settled' Dragonfly, this a Great Blue Skimmer. 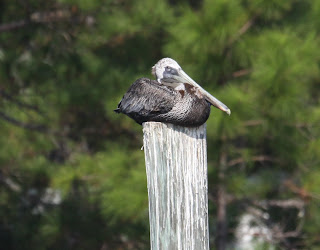 Brown Pelicans then hove into view and were obliging as several sat atop waterside posts, 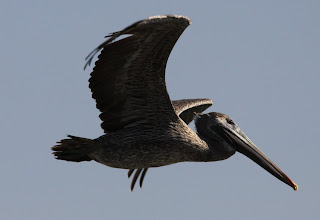 many on the wing, and close while 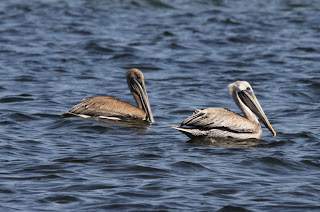 this juvenile and adult were content to swim past. 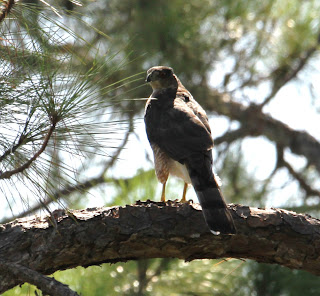 This Sharp-shinned Hawk chased a flock of small birds through the understorey before perching, for a few minutes, close by.

I had now completed the full circuit, and arriving back at the main gate I noticed it was both mid-day and 93F, time to head back. On the way a second Dragonfly was found perched in the middle of the pavement and allowed a number of uninterrupted shots. A little strange I thought, so moved to flush it but it didn't move. Unfortunately it was dead but in perfect condition, I believe its a 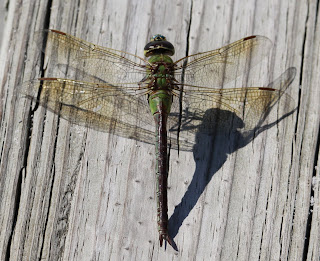 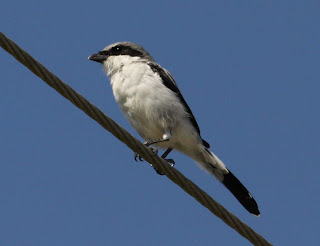 Loggerhead Shrike perched on the wires above. Unconcerned with my presence it just sat there, and although not a 'first' for me, it was certainly the 'bird of the day'. In addition to the species shown, others to have been seen include Brown-headed Nuthatch (another 'lifer' which I 'twitched' and missed with my New Jersey birding pal Doug Johnson when we drove into Delaware some years ago) and Yellow-bellied Sapsucker.
'World Lifers' so far have been:-